Yes, we are only a week away from the launch of Pokémon Sun and Moon! While many around the web have been leaking images, gameplay, and the storyline there are still some things left to be announced. CoroCoro magazine has published another issue featuring some interesting new creatures from the upcoming game.

There are two more Ultra Beasts revealed which brings the officially announced total up to five. For the most part they have appeared to be based off various humans that were introduced but these two seem far from that comparison. One has a color scheme matching that of Solgaleo but does not have any facial features to indicate its association to people or Pokémon. It is very polygonal with sharp angles though sleek and thin like paper. The second Ultra Beast appears much more bizarre like a cross between a monster and futuristic technology. A pair of large tubes with appendages stick out from the head area. Its very thin neck leads down to a more rotund body. Both Ultra Beasts are incredibly strange but no known names or details have been included. They may also be exclusive to certain games just like Beauty and Expansion.

Next, a powerful Pokémon has been revealed and it has links to both Solgaleo and Lunala. This all-black Pokémon appears to be modeled after mirrors and prisms in order to reflect light. The only color it has are in its face and they happen to be in a rainbow pattern. Perhaps this is the third legendary Pokémon to rival the two mascots. It may be some sort of eclipse which blocks light from the sun using the moon or a lunar eclipse. At the same time it could represent the absence of light which means no rainbows can form. We will have to wait for additional information but its appearance seems significant to the game’s story.

Finally, the CoroCoro scans show off two new Z-Moves. Each starter will receive its own attack and so far two out of three are revealed. Decidueye’s translates to Shadow Arrows Strike. It can be seen in the image below as Decidueye is launching toward an opponent followed by a few arrows for good measure. Incineroar’s move is called Hyper Dark Crusher. Based on the picture, it seems a wall of fire will pummel an enemy. The crusher portion of the name is very apt as it is based off a wrestler. Primarina’s attack is currently unknown as the image cuts off before getting to the bottom. It may be best to assume it uses acrobatic and circus skills to pull off its ultimate move.

There has been no word on if more news or videos will be revealed in the coming week. Pokémon Sun and Moon launches on Friday, November 18 which means updated news will have to be released quickly. Take a look at the images from the CoroCoro scan below while waiting for the games and stay tuned here to get the latest on Sun and Moon. 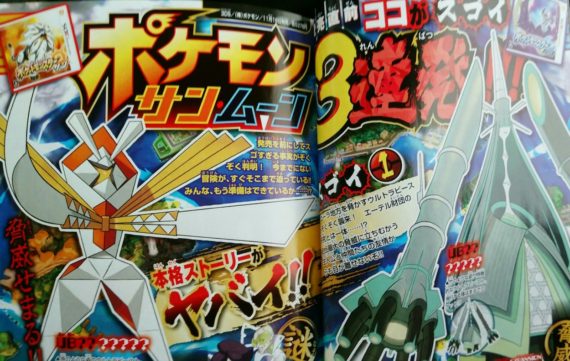 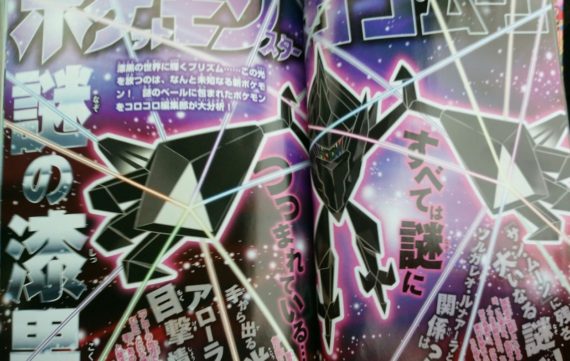 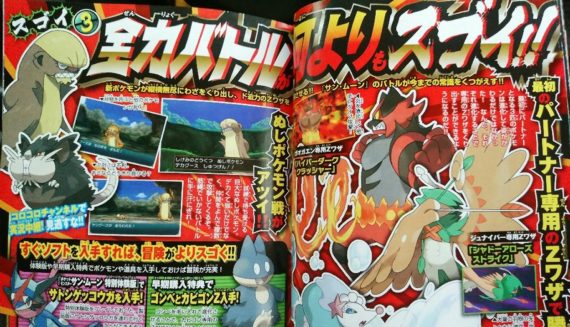