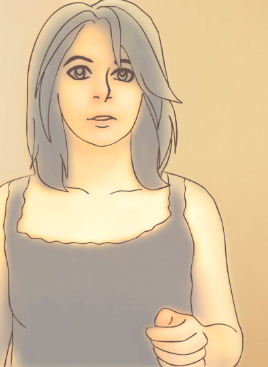 One Night Stand is a game about just that. This experience has become an almost rite of passage in the sexual revolution of recent times. Whether or not you’ve been there first hand, this text adventure with multiple endings will serve as a reminder of awkward moments or a vision into what those would be like.

The basic premise is simple enough. You wake up in a stranger’s bed and attempt to navigate the situation under amnesia and a wicked hangover. A woman lies next to you and you’re given choices on what to do next. You’ll click through text and occasionally get a chance to choose between three dialogue trees. The choices that arise are spot on with the questions that come after a wild night but as a game you get to experience it in the comfort of your own home with minimal to no embarrassment. One Night Stand sounds sexy, but it quickly reveals itself to be much more innocent.

There’s not much game to be had as a playthrough mostly consists of reading dialogue and making choices in between scenes that eventually lead to an alternate ending. There are twelve conclusions to be had and they range from leaving the situation immediately upon waking to somehow ending up naked on the street. As an insight into a taboo-ish topic One Night Stand offers a cool reminder of how people come together but as a game it fails to challenge or introduce any interesting hooks. In between major scenes when you’re speaking with the mysterious stranger you’ll have opportunities to scavenge the room for clues and get your detective on. This is perhaps the most interesting part of the game tho it never pans out to full disclosure. Right when you’re about to piece together what happened, the narrative shifts focus onto something else or ends entirely. Your counterpart comes off as shallow and impersonal the more and more you get to know her because it becomes clear she doesn’t want to share much of anything. You’re expected to fill in the blank and while that may lend itself well to recreating a terse atmosphere akin to waking up with someone you don’t know, it does not lend itself well to something you’re going to playthrough multiple times. 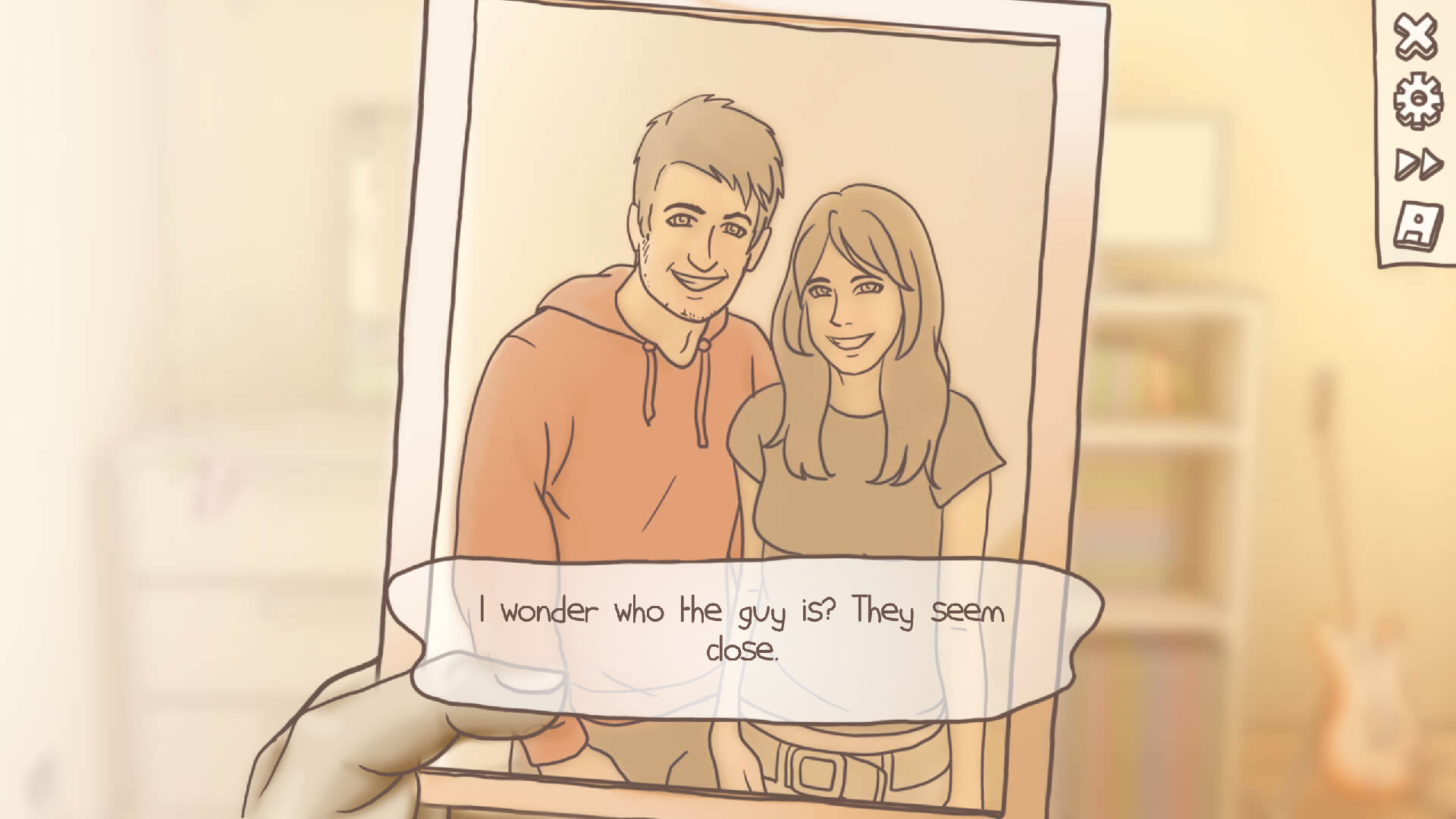 One Night Stand could easily be broken down into a choose your own adventure short story if it wasn’t for the redeeming factor of the art style moving on screen. The mysterious stranger moves and emotes very realistically and it does bring the character to life even if the narrative never really allows you to get know each other. Rotoscoping, which is a technique where live action film is traced into a digital animation, was used to create lifelike gestures and movements. These are particularly poignant when you upset the mysterious stranger because all of a sudden it feels much more real as she scolds you for playing her guitar.

While One Night Stand does feel more like a short story with a choose your own path narrative it is worth praising for bringing sexual expression into a medium that doesn’t always have a lot of outlets for that. Especially one that’s able to stay pretty much tame all the way throughout and definitely stays away from being lewd. It’s very easy and plays like a quick episode on Netflix but it does have the opportunity to create some interesting conversations about sex in an industry that could use more. This doesn’t play into the review per se but it is a cool byproduct worth mentioning. 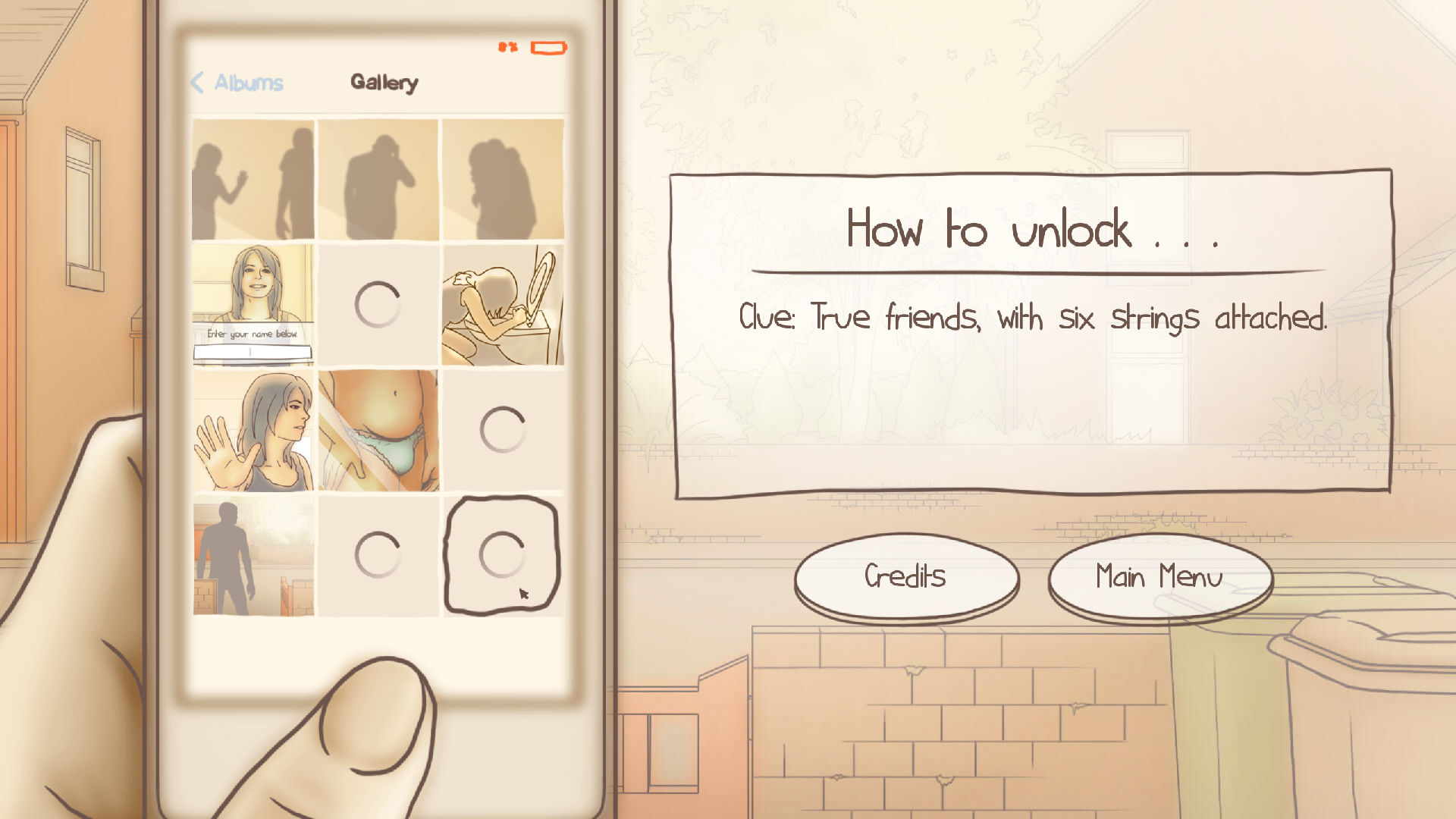 Each playthrough will take you about fifteen to twenty minutes and the game encourages you to return for more with diverging pathways. If there’s one gameplay mechanic that’s pushed it’d be the idea to collect all the endings as it shows you how many you have left after a rendezvous. The issue is that most of the dialogue is exactly the same so after three or four finishes you’ve read through the majority of text One Night Stand has to offer and with no engaging gameplay mechanic it’s hard to feel motivated to spend the requisite fifteen minutes pretending you’re making different choices just so you can get to the one that really counts.

The writing doesn’t particularly stand out as much as One Night Stand would want you to believe. There are small jokes to be had but they’re really not that funny. There are aspiring quotables popping up but they fail to be impressive if you’ve ever read erotica or been in the real life position multiple times. For some it may feel like the writing really attempted something bold, but for those wiser in the realm of sexual activity it mostly feels boring. Writing conversation between characters that feel grounded in reality is something the game industry has been working on for decades and when you move into the realm of something as complicated as courtship you really have to know what you’re doing. One Night Stand fails to leave you with a new experience and instead hopes you’ll connect by either having been there yourself to fill in the blanks or wanting to be there in fantasy. 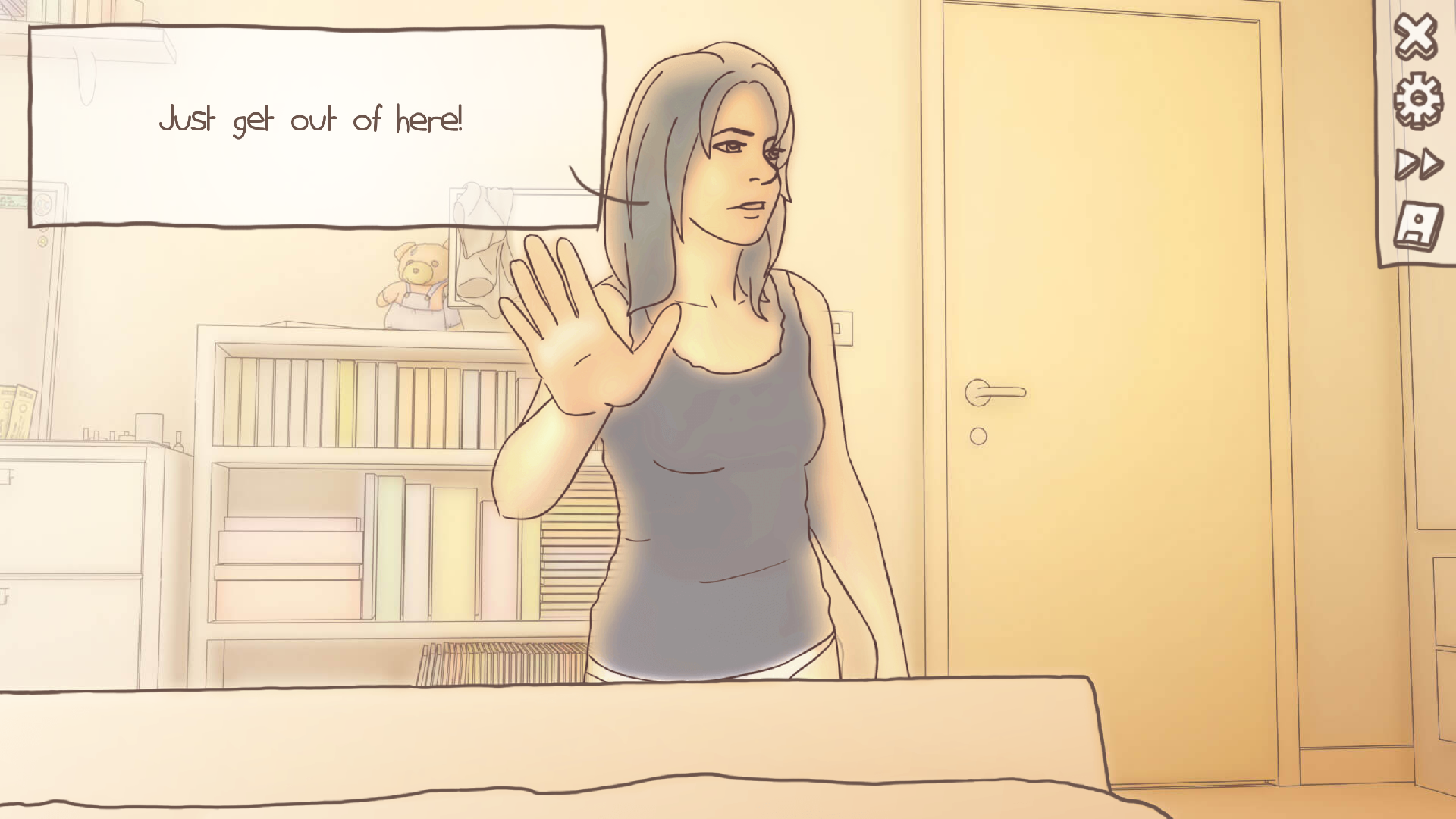 One Night Stand feels more like a think piece than a proper game. It’s strongest on the first playthrough and slowly loses its allure with each subsequent one. Perhaps the most poignant experiences to be had with this game would be playing once or twice and then having conversations with friends about how you felt and what different choices led to what ending. If you’re curious then it would behoove you to check it out, but if you’re expecting One Night Stand to teach you something new about your sexuality, perhaps look elsewhere.