One thing that all physical collectors have in common is that they’re generally in need of more shelf space. As opposed to many gamers these days who focus purely on digital downloads, those of us who appreciate physical special editions and the like need a place to put all our games. Whether you have one shelf or twelve, chances are there’s also a little bit of room to place a tchotchke or two (amiibo, plushies, etc) on it. PDP is releasing a new line of light up figures named Pixel Pals which they hope will grace your shelves in the near future.

The first series of Pixel Pals includes three iconic video game characters in pixelated form. They are Mario, Mega Man, and Vault Boy, mascot of the Fallout series. If given the choice, I may have selected an actual protagonist as the third member of the lineup, but there’s no doubt that Fallout has quite a devoted following so this choice probably makes perfect sense. Both Mario and Mega Man appear basically the same as their original pixel selves back on the NES. Just that novelty alone makes looking at the Pixel Pals interesting. In comparison to something like the 30th anniversary Mario amiibo, though, they are not as compelling. 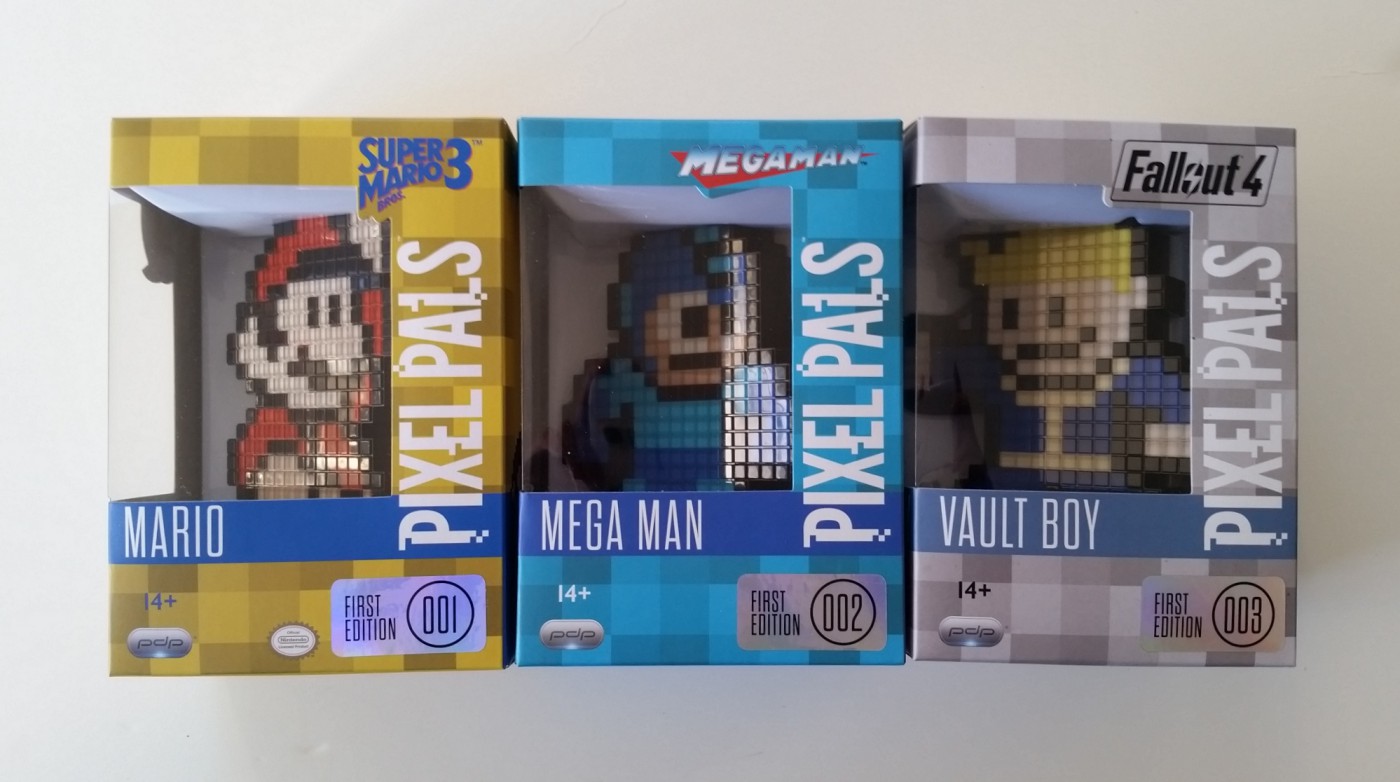 This lineup is the right size for ornamenting a shelf. Mario is the biggest of the group and comes in at just over five inches tall and about three inches at its widest point. One aspect which isn’t obvious straight away when viewing Pixel Pals is that they actually have a sizeable depth. They’re nearly an inch thick and this isn’t perceptible when looking at one head on. Presumably that space is required to accommodate the lights as well as batteries which power them. Each figure takes two AAA batteries to run (and two batteries are included with the package).

Snapping batteries in and turning on the Pixel Pal in a bright room is neat, but not incredibly interesting. In a bright setting, their colors appear subdued or washed out a bit. Of course, this is not really the intended way to use the light up feature. Where it truly shines is in a dark or low lighting room. When they light up in such a setting the Pixel Pals glow brightly and look far more impressive. Because they only cast light forward, they also do not illuminate anything on the shelf directly behind them. Seeing Mario, Mega Man, and Vault Boy effectively “float” in the darkness is a neat effect which goes great with a gaming shelf. 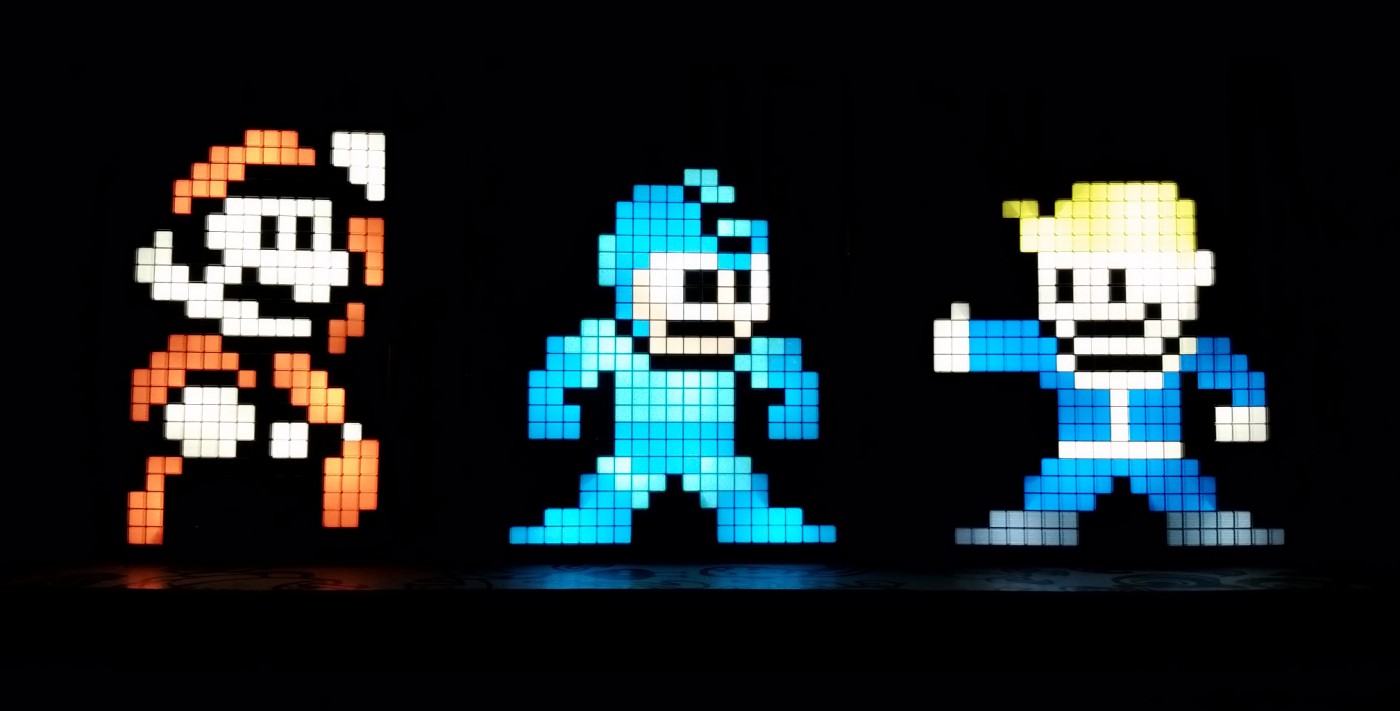 If examined closely, you’ll notice that some light peeks through the black “pixels” on Pixel Pals, but this is only noticeable if you look for that specifically when the light is on. Other than that, the construction seems solid and they’re weighty enough to not tip over of their own accord. The Pixel Pals don’t become perceptibly hot after being left on for an hour or so, but folks will still probably want to conserve battery by only turning them on during certain occasions (i.e., when the lights are off or you have friends hanging out).

Pixel Pals are a novelty, but one that turns out to be surprisingly cool. Each figure from the initial set costs $14.99 and will be available at GameStop on November 25. If your favorite character wasn’t included, don’t worry. PDP have plans to continue the lineup with other classic game characters in the near future.