Just this week Assassin’s Creed: The Ezio Collection was released and allowed fans of the series to return and experience the lush, realized worlds of Italy and Rome as well as Ezio’s journey in those vast, nostalgic open worlds. While this might seem like another big release from Ubisoft in a month that already saw them drop a marquee title in Watch Dogs 2, this little title is one that is not getting a lot of airtime from major gaming outlets. Here at Hardcore Gamer, however, we understand that a diamond in the rough can often be overlooked and that is why we try are very best to allow our coverage to be as expansive and wide ranging as possible. This is why we aim to be the only site in the industry to take a serious and in depth look at something even better than The Ezio Collection: Assassin’s Creed: The Official Coloring Book.

Coloring books are often looked at as children’s play, and to be fair, that’s not too off the mark. Their target demographic are often youngins under the age of six and the enjoyment that can be found within their lush pages usually tends to suits someone at a kindergarten level. Despite all of this, Assassin’s Creed: The Official Coloring Book encapsulates everything that is beloved about the open world series while still maintaining the foundations of the coloring book genre. 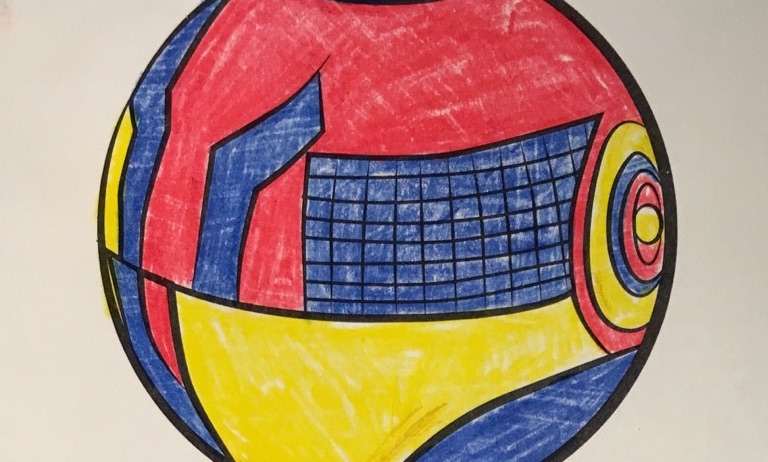 A variety of utensils can be used on Assassin’s Creed: The Official Coloring Book, giving the drawer a great bit of agency in choosing his or her preferred coloring method. Crayons were the best in terms of traction and color density on certain pictures, but the fine points of colored pencils often allowed for more intricate detail on some of the drawings. Markers were sufficient, although the bleed through onto other pages makes them more of last resort option than one would like to see. I wasn’t able to try out any upper echelon coloring tool such as paints or glitter but I would imagine they too would experience the same fate that befall my classical set of magic markers and sharpies.

The pictures contained within Assassin’s Creed: The Official Coloring Book span the length of the series and feature a number of prominent characters and locales. Ezio obviously makes an appearance, but so do other series regulars in the form of Desmond Miles and Haytham Kenway as well as newer character like Jacob and Evie Frye from last years Assassin’s Creed Syndicate. The locales of Rome and Italy do make an appearance, but the images to be colored don’t focus on them as much as you might like given how important the world is to the Assassin’s Creed universe. Often time they are left spanning across pages forcing you to really dig into the book in order to reach the cracks within.

Weapons also play a large part in the coloring landscape. In between scenes or black and white, screenshots from the series are a number of bladed canes and old times guns as well as the iconic hidden blade. These seem more like something you might find in a art book for a actual Assassin’s Creed game and don’t make for the best coloring material. They fail to let you convey deep, poignant and emotional messages through the art of coloring. This is the one biggest aspects that holds Assassin’s Creed: The Official Coloring Book back in terms of coloring book quality. At times it simply does not follow though on its effort to bring to life my arts and crafts philosophies in any meaningful way.

The lack of perforation on the pages is also in complete disregard to all coloring book conventions. A coloring book connoisseur’s main source of pride comes from finishing up a piece of work and displaying it proudly on his or her Maytag all-in-one refrigerator freezer combo. Without this element your forced to rip pages, which more often than not lands you in auspiciously jagged edge paper territory, not the king of thing that looks good right above your family picture form the Cincinnati Zoo.

The coloring book industry is one that isn’t adherent to the times. In the rise of Twitch and YouTube stardom, coloring books are often left on the sidelines in lieu of more interactive media. Sure, Bob Ross has a Twitch channel, but one beautifully permed ambassador is not enough for the coloring industry to reach up and launch itself into the public’s consciousness. With the Assassin’s Creed: The Official Coloring Book, Ubisoft and Insight Editions have made strides in bringing the coloring book medium forward, but its lack of adherence to stringent coloring book norms such as thick pages and well thought out scenes holds it back.