Can pinball earn an M rating?  While it’s unlikely Bethesda Pinball will go quite that extreme it would be fitting for a game containing Skyrim, Fallout, and especially Doom to be a little grittier than normal.  Bethesda and Zen Studios announced today that the two companies are teaming up to launch the latest expansion of the Pinball FX/Zen Pinball series.  Launching simultaneously on PC, Xbox One, and PSN (including PS3, PS4, Vita, and cross-buy support), the multi-pack takes two of Bethesda’s insanely popular RPGs and id’s updated action-fest into the digitized pinball world, with each of the three tables featuring toys, themes, and scenery from their respective licenses.  There’s not a lot of info beyond that, but check out the screens below to get a sense of the board layouts.

Anyone else think that a Doom pinball should basically be Devil’s Crush 2? 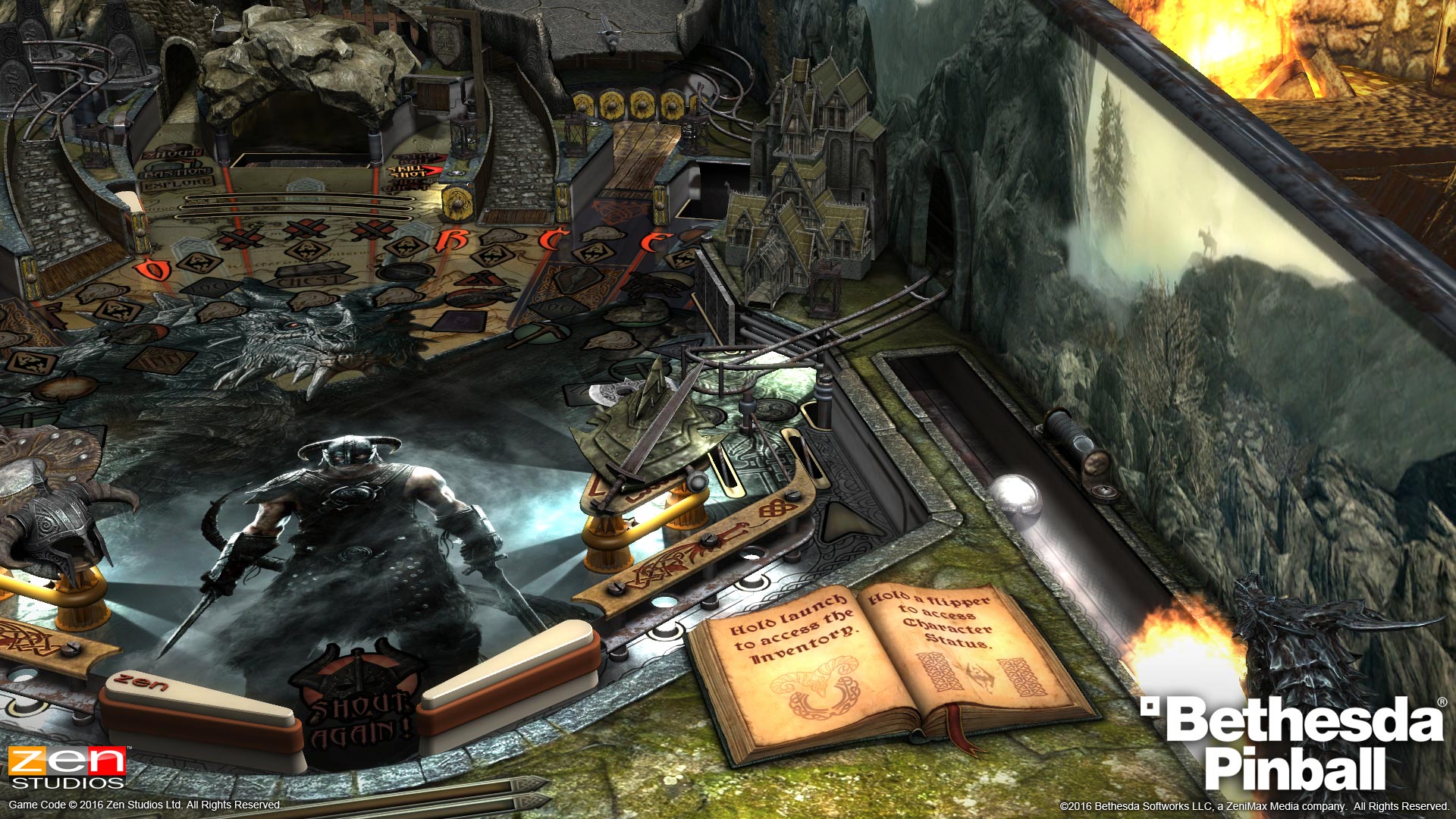 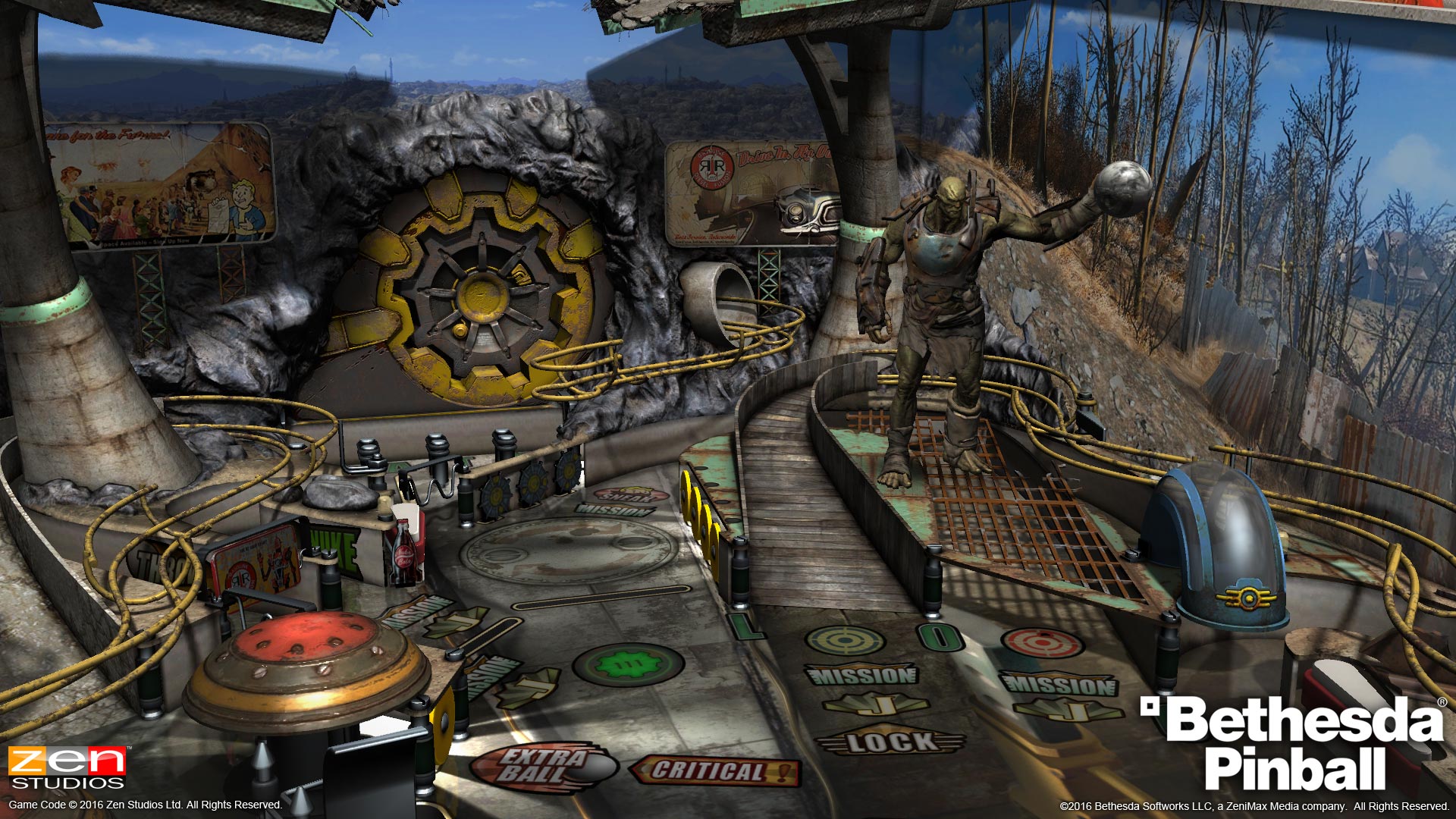 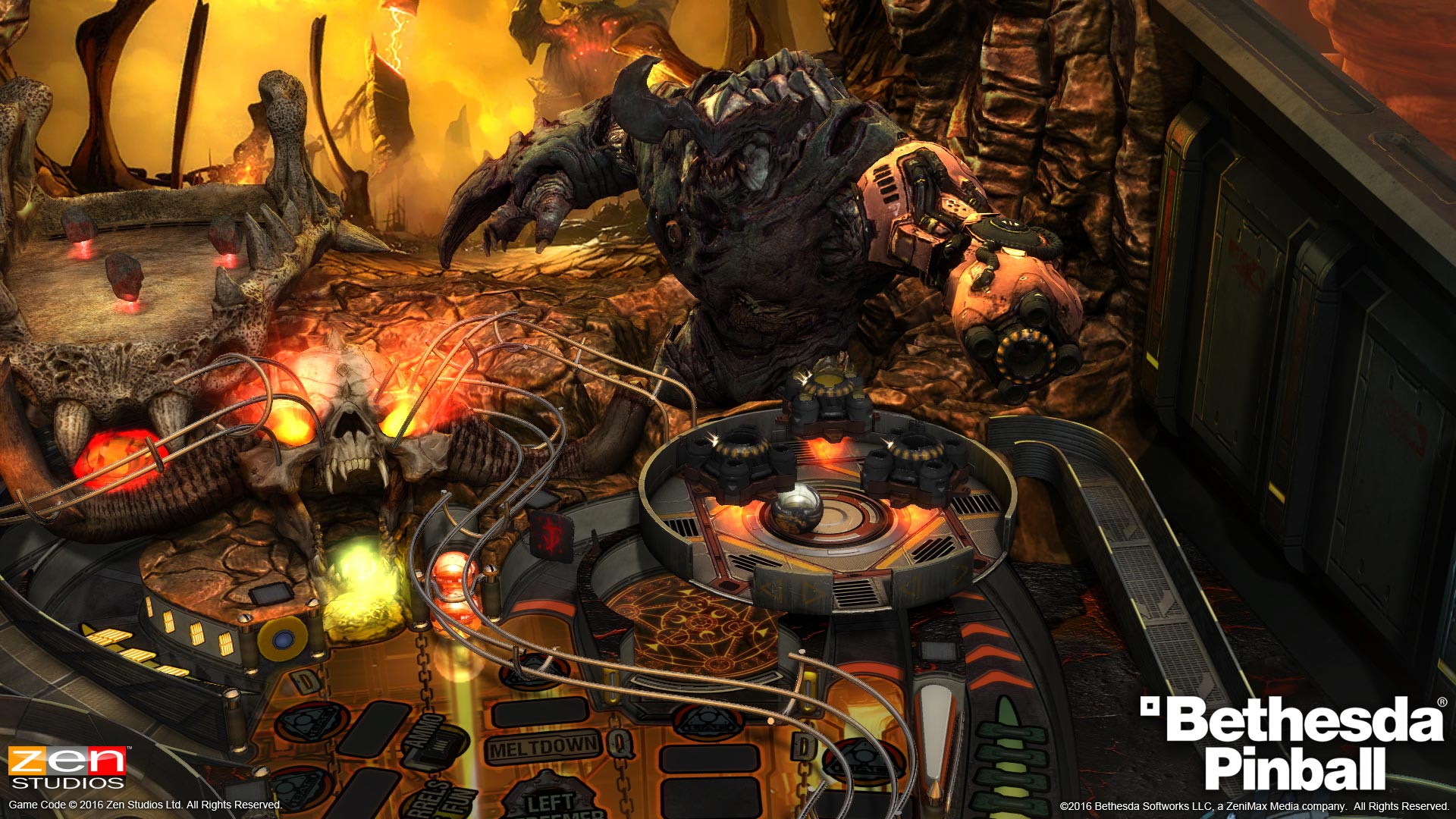