One of the things I’ve been crying out for AAA developers to get to grips with — especially when it’s that time of the year to market their latest product to both masses and press alike — is a sense of humility. Or at the very least, awareness of the fact that people (you and me alike) actually appreciate when a company are more than happy to take the piss out of themselves. Be it parody, subtle commentary or a combination of the two, as much as we may like a game to look the best it [realistically] can be, a good chuckle once in a while can often help alleviate the more cynical ideas of executive meetings, ivory towers and profit margins.

It was not that long ago that the good ole’ open-World chums at Ubisoft were among “those companies” that (among other notable reasons) unknowingly found themselves shoe-horned into that most recent of marketing cliches. You know the one: set a slower-tempo cover of an otherwise notable pop song, against dramatic or otherwise heart string-tugging footage of a game. Exhibit A in Ubisoft’s case: that ridiculous Assassin’s Creed: Unity trailer with Tears For Fears’ classic ravished into yet another overly-dramatic vocal cover. “FFS”, our collective conscience ushered up and while the developer/publisher’s latest AAA outing, Watch Dogs 2, may be a far flung in regards to its narrative or otherwise emotional leanings, it would not have surprised me one bit had they decided, once again, to illicit gameplay footage to yet another pointless minute-and-a-half of “b-but…the feels, so emotional!” 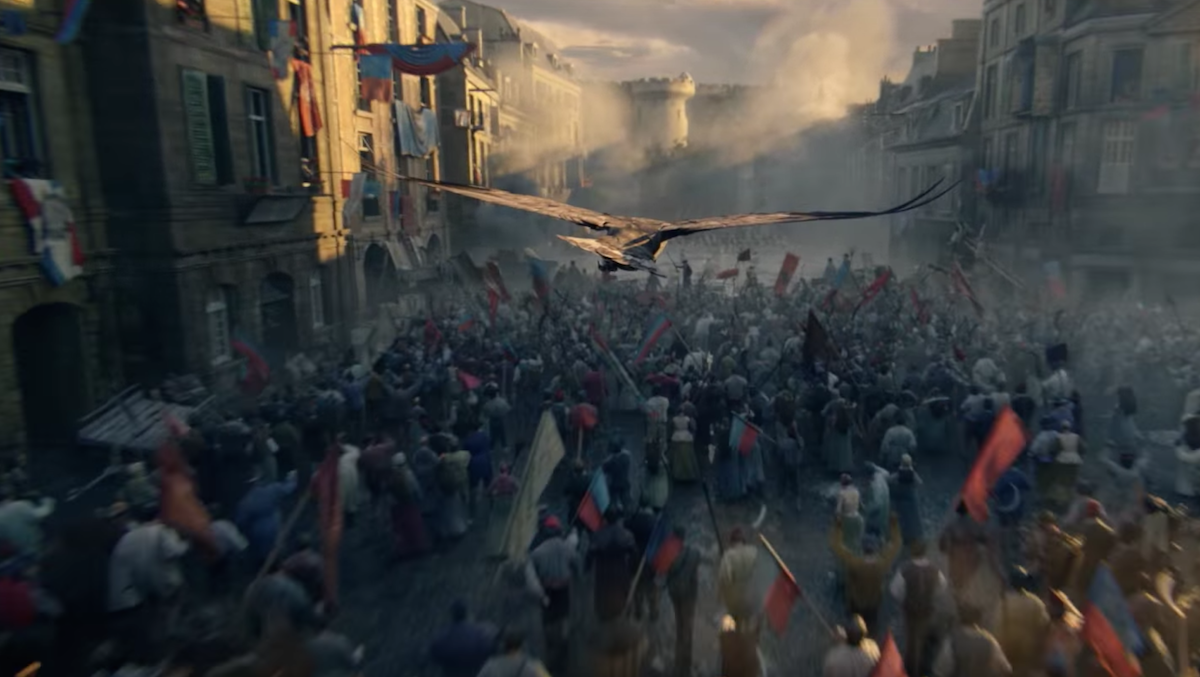 Well color me surprised boys and girls, but Ubisoft’s latest trailer for Watch Dogs 2, dubbed the “Live” trailer, just might be one of the smartest and wittiest pieces of promotion I’ve seen all year. We’ve already been graced with some brilliant examples of self-awareness and (dare I say) sense of humor from certain developers this year. Not to mention just this week alone — oh Remedy you. Admittedly, Watch Dogs 2’s live trailer doesn’t necessarily reinvent (or should that be rebrand) the wheel when it comes to cheeky and quite mischievous messaging; Ubisoft certainly aren’t the first (and definitely won’t be the last) to make fun of Samsung’s recent misfortunes put it that way.

No the reason why this trailer resonates so well is for how wonderfully it contrasts with the material they’ve put out previous. The original Watch Dogs, with both its narrative and characterisation, ended up being as dry as a Saharan cream cracker. Bland may perhaps be too harsh a word, but many will agree that the overly-hyped, overly-ambitious hackathon dropped the ball on so many elements. But Watch Dogs 2’s shift in focus, with its more light-hearted and somewhat goofier direction , immediately comes across even here. But to their credit, Ubisoft don’t simply rely on their World’s lavish vibrancy or indeed the main character’s pre-determined youthful anarchy to maintain some marketed status quo. Instead, they go one further – and in effect, one better – by delving into the realm of parody (of others and more importantly themselves) to further that crucial aspect of humanity in their game. 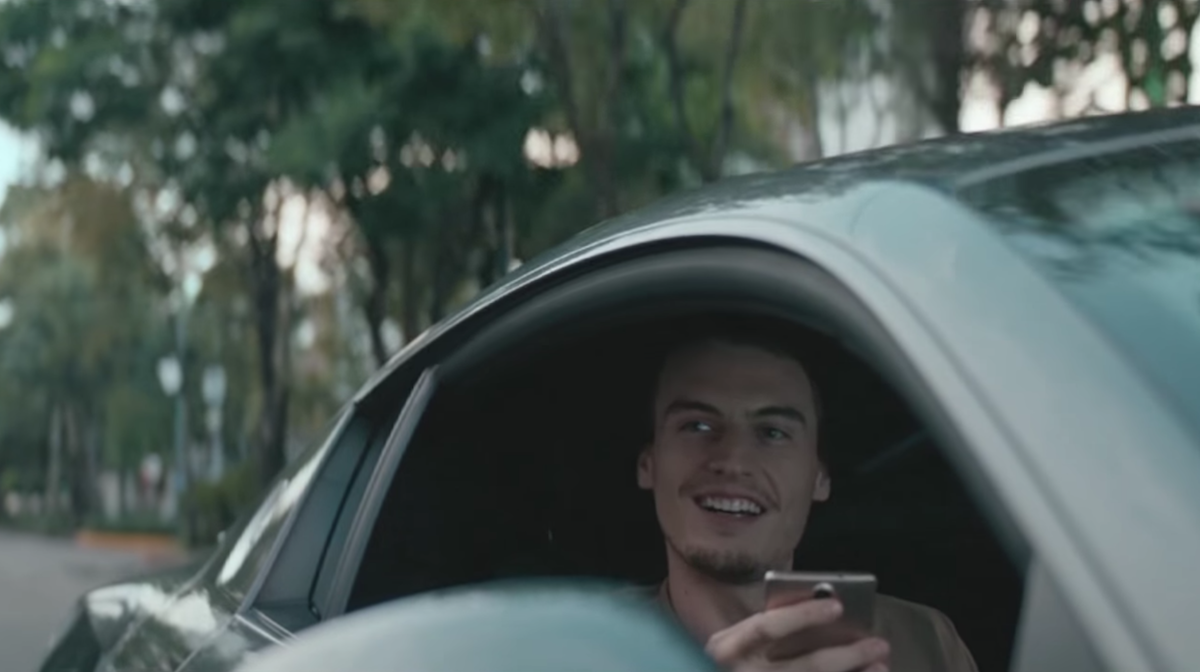 There are numerous examples that pop up here: mocking modern technology’s shallow bravado of smiley, happy people doing smiley, happy things while on a shiny, happy device of sorts; the reliance on celebrities popping up albeit for a brief second; the absurdity of, as mask-wearing, emoji-touting Wrench puts it, the “money shot” to end things; there’s even a hint of Ubisoft trying their hand at YouTube’s most exquisite of past-times that is the wondrous World of “MLG” compilations — parody or super-duper serious alike.

Some may look or [hopefully] watch this and still have lingering sentiment on the (at the time of writing this) game’s issues with its seamless multiplayer and other less-discussed performance issues and while I may talk glowingly about just one small part of Watch Dogs 2’s existence in general, it’s in no way disregarding the clearly justifiable criticisms and complaints that the game needs to address. Hopefully sooner rather than later. At the same time, successful at spinning a positive light on Watch Dogs 2’s characters and indeed the pseudo-anarchistic nature of the in-game setting of San Francisco run by ctOS it may pose, it’s one Ubisoft have clearly set out to achieve by way of careful consideration on what sits well with recent advertisement trends as much the target market’s likes and dislikes. 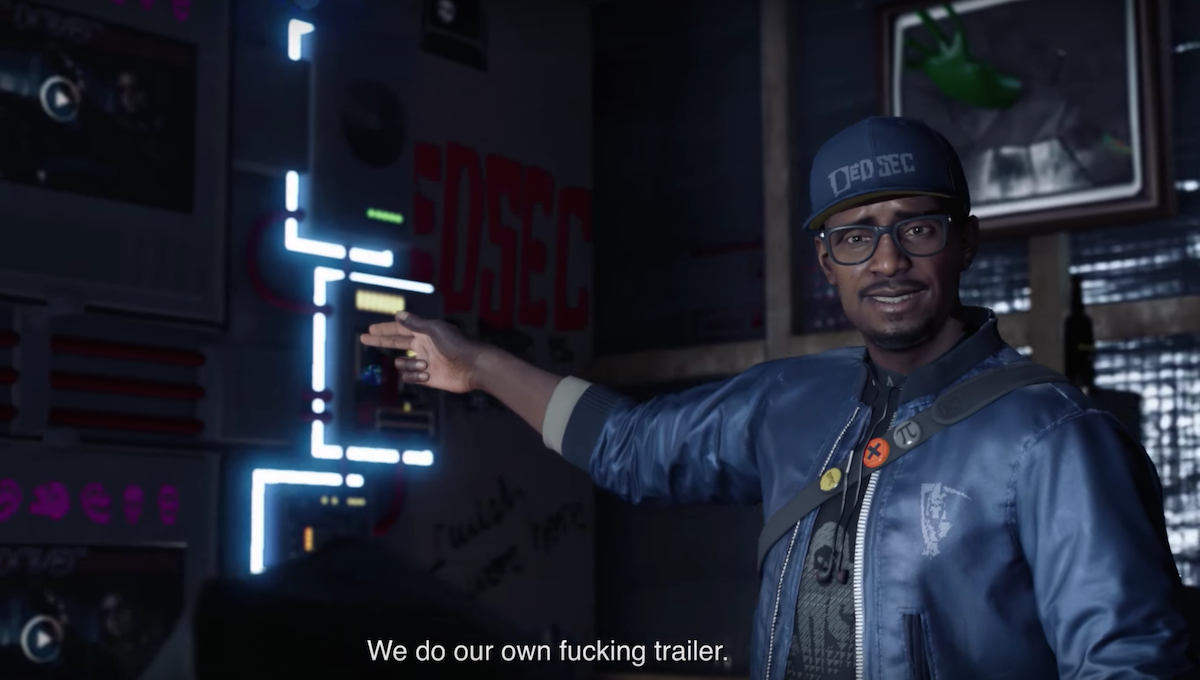 A little forth wall-breaking never hurts.

But to dismiss this with such dissociative apathy — dissecting its humor and its imagery into meaningless pieces and concluding that this is nothing more than some focus group-led checking off the figurative list of do’s do not’s — wouldn’t be the right way to go. Yes I love taking things apart — and addressing all its glaring or hidden faults — just as much as the next person. Yet there comes a time, once in a while, where one has to look past genetically-embedded cynicism and distrust to go about crediting what we see and what we hear as a rather more positive and delightful piece of creative content.

Watch Dogs 2’s live trailer is just the latest in a string of clever, thoughtful and genuinely funny pieces of marketing put out in the great yonder that is the public space this year. Its lack of gameplay footage may not convince those still on the fence, but for those who look to the long-term — to the industry as a whole — it’s a promising but informative message to take away. And to come away knowing this is Ubisoft we’re talking about is even more impressive. Good job guys, now get to work on fixing that promised seamless multiplayer, eh.