Tomorrow marks Star Wars: Galaxy of Heroes’ one year anniversary and in celebration developer Capital Games is gifting players with in-game currency, character shards and credits yet that’s not the reason you’re reading this. Much more exciting than free stuff is the launch of Ships which has been talked about for months but only released just over 24 hours ago.

Star Wars: Galaxy of Heroes is a mobile turn-based RPG set in a fictional Star Wars universe where characters from all time periods and factions join together to face incredible odds. With the Ship update players will finally be able to realize the full spectrum of an iconic Star Wars experience by taking their characters into space battles and commanding a fleet of pilots.

To celebrate the launch of Ships each mobile device will receive a free four star hero as well as that character’s personal ship. The Apple exclusive is Wedge Antilles and the Google Exclusive is Biggs Darklighter. To play the new Ship content be sure to update the app before launching and then it’ll start the tutorial. You can find the full set of Ship notes here. 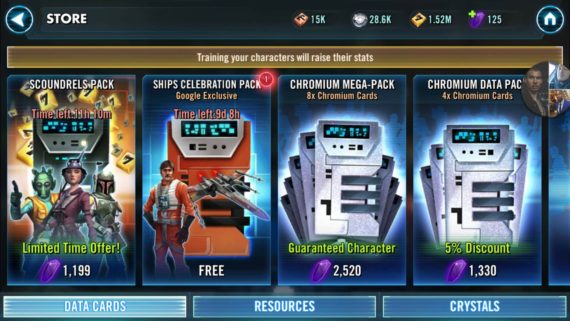 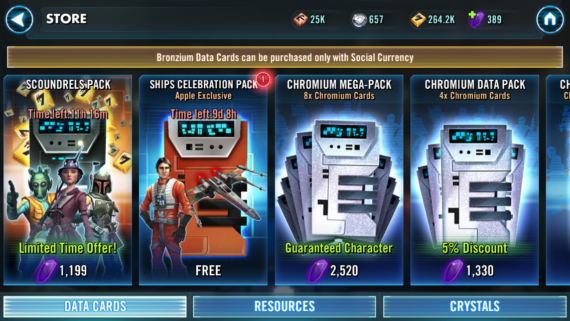