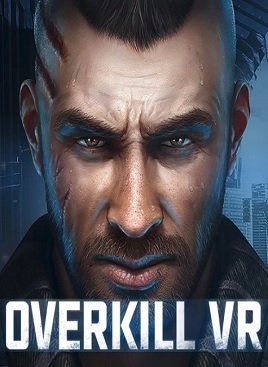 Approaching Starloop Studios’ Overkill VR, one doesn’t expect much. Marketing itself as a less expensive shooting gallery for virtual reality, their marketing material promises little more than a good time with a lengthy campaign and weapon modification as its main hooks. As a player with a set, this is enough to garner my interest. While there are plenty of titles like this lining the pages of Steam’s VR section, a well done entry still has a place. Overkill VR comes extremely close to staking a claim as a must play title, but fumbles a few too many aspects.

The game stars Grizzled Military Person, mold number 1056. As a mercenary in the employ of a sand distributor, his job is to go into designated areas and proceed singing Ace of Base’s “The Sign” at the top of his lungs. He has to do this for awhile to really get a rise out of the local inhabitants, as they need to stay angry enough to suit up in near future combat armor, and line up in the locally approved shootin’ spots, and render ballistic musical criticism. From there, GMP mows them down in plausible self defense, clearing the area to be harvested by the sand company to create the largest beach themed resort that Topeka has ever seen. Obviously, I’m making this up. There is no real plot to be discerned.

Lack of plot doesn’t really matter for something like this. If it’s fun to shoot, everything else can fall by the wayside. Indeed, Overkill VR has its moments. Standing behind an gigantic machine gun emplacement, gunning down swarms of angry foes while a Celldweller remix blares in the background makes for a good time. As are some of the boss battles, such as an oversized quad copter or an APC. Downing a boss using the weak pistol as a last resort can create that “barely made it” sense of elation. Slowly earning the cash to purchase new weapons or upgrade various specific pieces of existing weapons also adds a bit of player ownership in their tools of trade. The problem is that these moments are too few and far between to make up for design issues that hamper the experience. 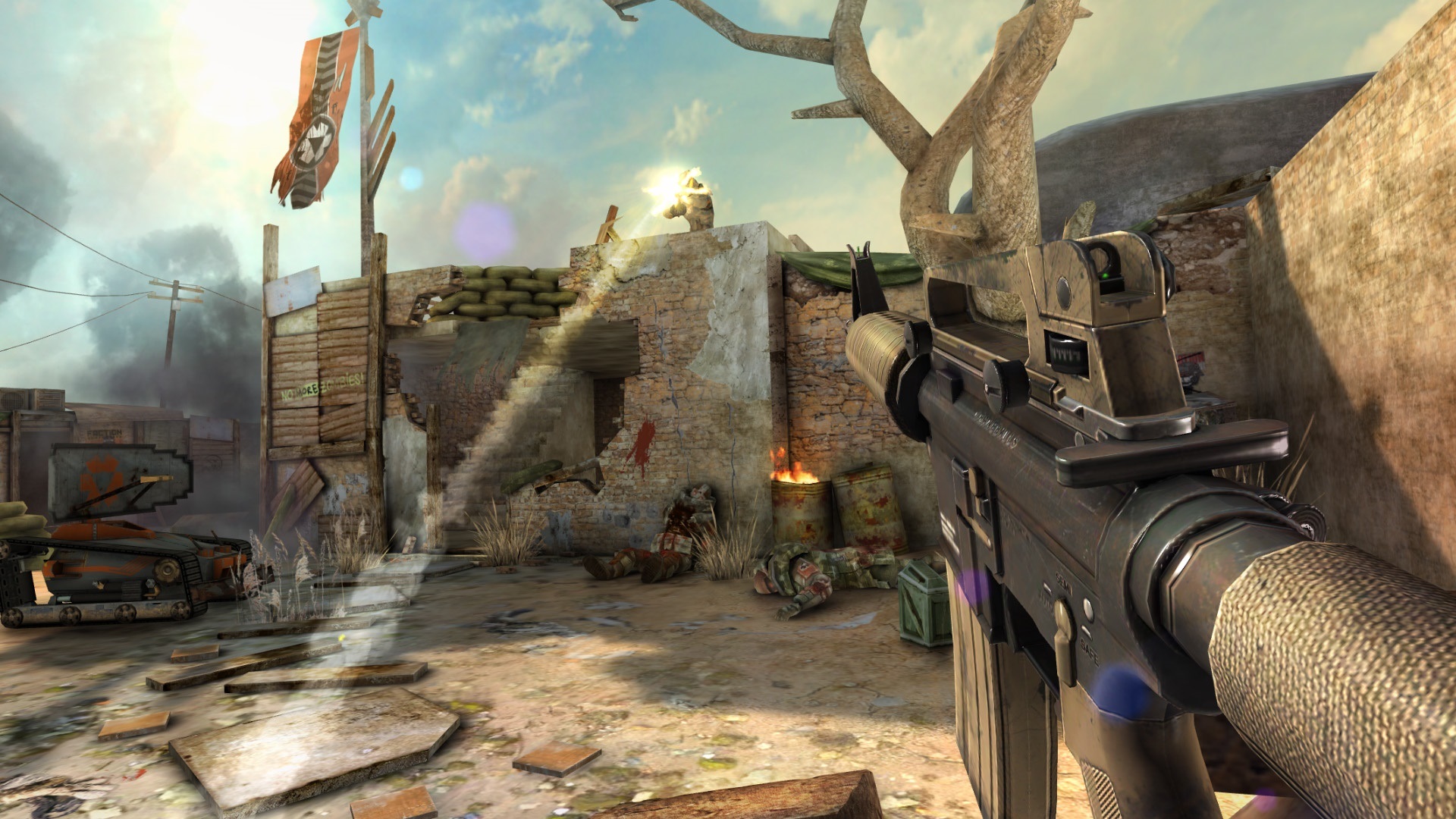 One of the primary problems comes in the form of reloading. Clips have the expected amounts of rounds in them, so the amount of time until a reload is required is all too brief. By pressing the grip button on the right controller, the reload process begins. After taking anywhere from three to five seconds, maybe more depending on the weapon, the clip magically reappears and the player is ready to go. Now, even with my limited amount of firearm experience, I know that I can reload a weapon much faster than that in real life.  That’s not even counting the fact that this is a VR title. Players ought to be able to either drop their hand to their side for an instant reload to keep the action going, or use the motion controls to grab a clip and jam it home. Both examples are represented in Raw Data and both work really well.

One could argue that the extended reload period is intentionally in place to encourage use of the cover system. My cats adore this feature. The player does stand in a stationary spot as the enemies pop out, but there is almost always a feature that can be used to hide from incoming fire. Walls and taller items can just be stood behind, while lower items require physically crouching. When first encountering an extremely low fence, I dropped to my side, laying down. This indicated to my feline VR chaperones that it was time to seek attention, nuzzling hands and face out of admiration and love. So, yes, this game got me pussy. The system itself worked pretty well, too. 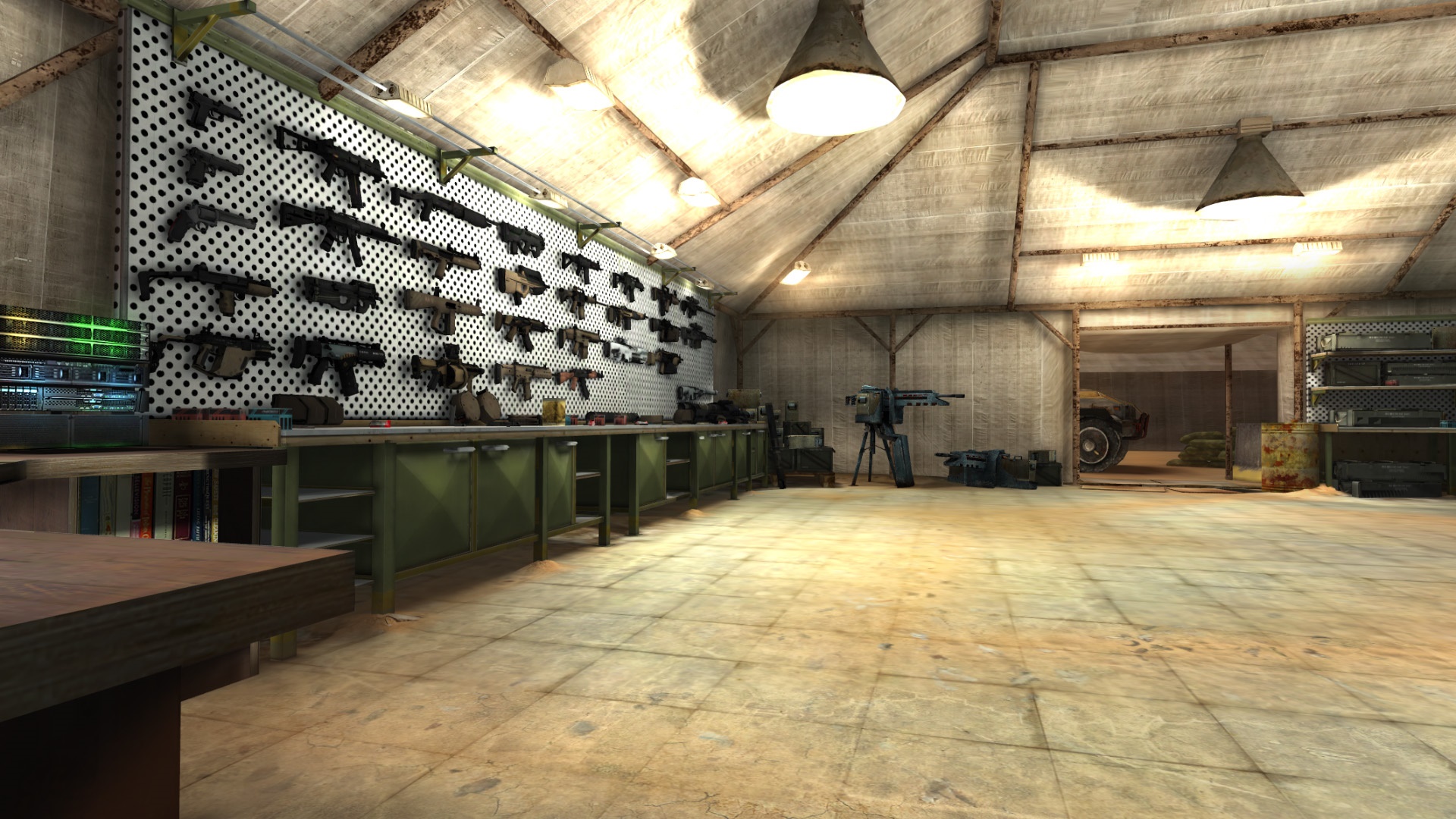 From there are a laundry list of other issues. In each overlong stage, enemies always pop out from the same spots, rarely moving, so Overkill VR becomes less an exercise in situational awareness and reflexes, and more about checking the same few spots until either the stage ends or the boss appears. It doesn’t help that they take an enormous amount of firepower to put down, and it didn’t seem like headshots really made a difference.

There is also the option to use two hands to aim a weapon larger than a pistol. In real life, this allows for greater control of the weapon’s weight in aiming and recoil. People better versed than I could explain the particulars of weapons grips better. Here though, the player moves the left wand in front of the right to create a two handed grip. Instead of having one pivot point where the wand meets the hand for aiming, this creates two, complicating accuracy without the benefits that would been gained with an actual firearm. It seems like Starloop Studios is close to a solution for simulating firearms in VR, but the idea needs more work. In the meantime, it’s easiest to go it one handed. 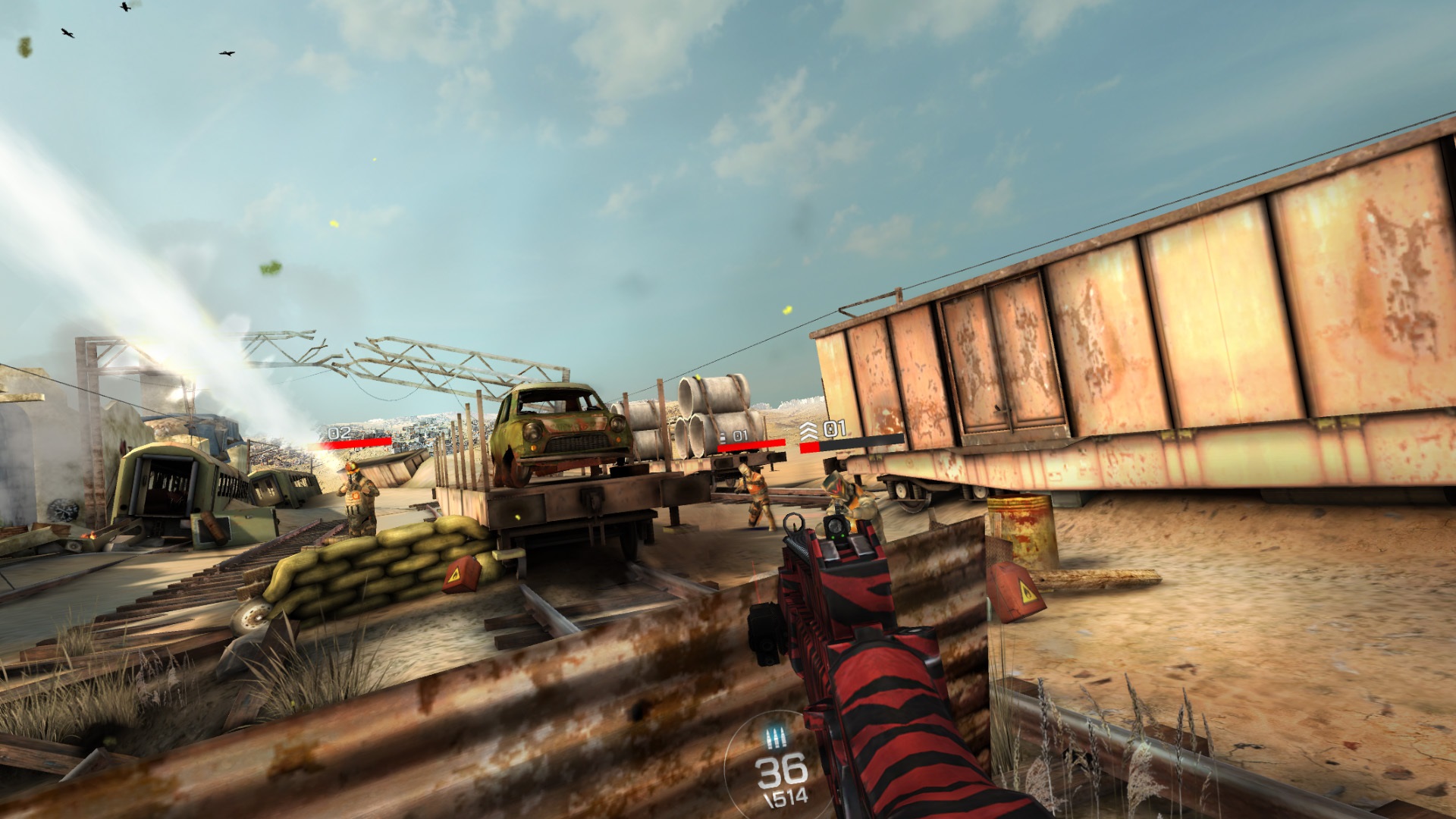 Overkill VR is nowhere near the worst experience a gamer can have in VR. In fact, it’s great using its cover system to trick the player into performing facsimiles of squats and burpees. It’s just that there is so much fine tuning that needs to be done to make it a great game. The enemies’ hit points needs to be dropped, reloading is screaming for reworking to allow for better player immersion and levels need to be more than figuring out the enemy spawn points and dominating them. While there is entertainment to be gleaned from Overkill VR, there are better options available.