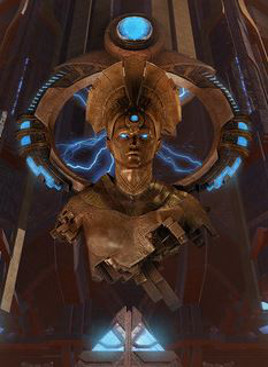 Free-to-play is one of those terms that causes a myriad of reactions when heard. Some gamers will champion the model by citing popular and acclaimed titles like League of Legends and Neverwinter, while others will feel nausea in the pit of their stomach because for every great free-to-play available, there are countless others that are overpriced. Trion Worlds has attempted something unusual in the profit driven game industry, which is making their games free-to-play and offering up rewards such as perks or additional content for those who choose to make financial contributions. RIFT is one of their MMOs which offers a complete and rewarding game experience for the cost of a free download, but has loads of additional perks for people who wish to purchase them. Their newest expansion Starfall Prophecy is a paid expansion set that offers quite a bit of additional content.

Before getting into the specifics about what the Starfall Prophecy brings to the table, let’s cover some of what the base game entails. RIFT takes place in a fantasy world called Telara. The Cliff’s Notes version of the story is Telara was a world created by the gods in the elemental plane where sourcestone was most plentiful. This ended up attracting the Blood Storm who wished to consume the sourcestone while wreaking havoc on the world. Five dragons descended on Telara which resulted in a conflict where the inhabitants of Telara had to band together in order to rid the world of Regulos and the other dragons, banishing them with a ward ensuring that they will remain sealed away, never to mess with Telara again. Fast forward to far enough into the future where some magic chicanery takes place and the same power that saved the world is called upon again that ends up weakening the ward, allowing Regulos and his other minions the means to once again enter Telara through mysterious Rifts. The various races of Telara are divided into two factions, the Guardians, who are governed by their faith and wish to remove the corrupt evil from the world, and the Defiant, who like to throw conventional restrictions to the wind and dabble into the fun and forbidden world of machines that are powered by technomagical means. Both sides claim they want the same good end result for Telara, but use different means to achieve it and fiercely blame the other side for the current sad state of affairs, much like another world we won’t name that is filled with significantly less dragons.

Along the same lines of urgent breaking news as the Earth is round and the sun will vaporize it in roughly 5,000,000,000 years, RIFT will feel like familiar territory to people who have played Everquest and World of Warcraft, minus the monthly charge of course, but with guilds, chat windows, and a ridiculously large world in which to kill things and loot their corpses. As far as character creation is concerned, there are five races, six Callings, dozens of Souls, and hundreds of abilities and traits to choose from. This is where the dichotomy of how RIFT can be approached comes into play, for this MMO is accessible to both hardcore and casual gamers. For the hardcore, who we are going to discuss first for reasons completely unrelated to the fact we are called Hardcore Gamer, several hours can be spent just on character customization with examining different combinations of Souls and Callings and planning out a building strategy with the different abilities for the next several dozen levels. The casual gamer, this can be a quick process by either just selecting something simple, or using one of the many player builds that have been uploaded to the server. This catering to both hardcore and casual is one of the defining features of RIFT. The world is enormous and it is filled with enough to do so it could become the same time sink some of those earlier mentioned MMOs are prone to be, but with features like Instant Adventure a player can hop into a raid, play the game with some guild members for a little bit of time, and then get back to their life already in progress. 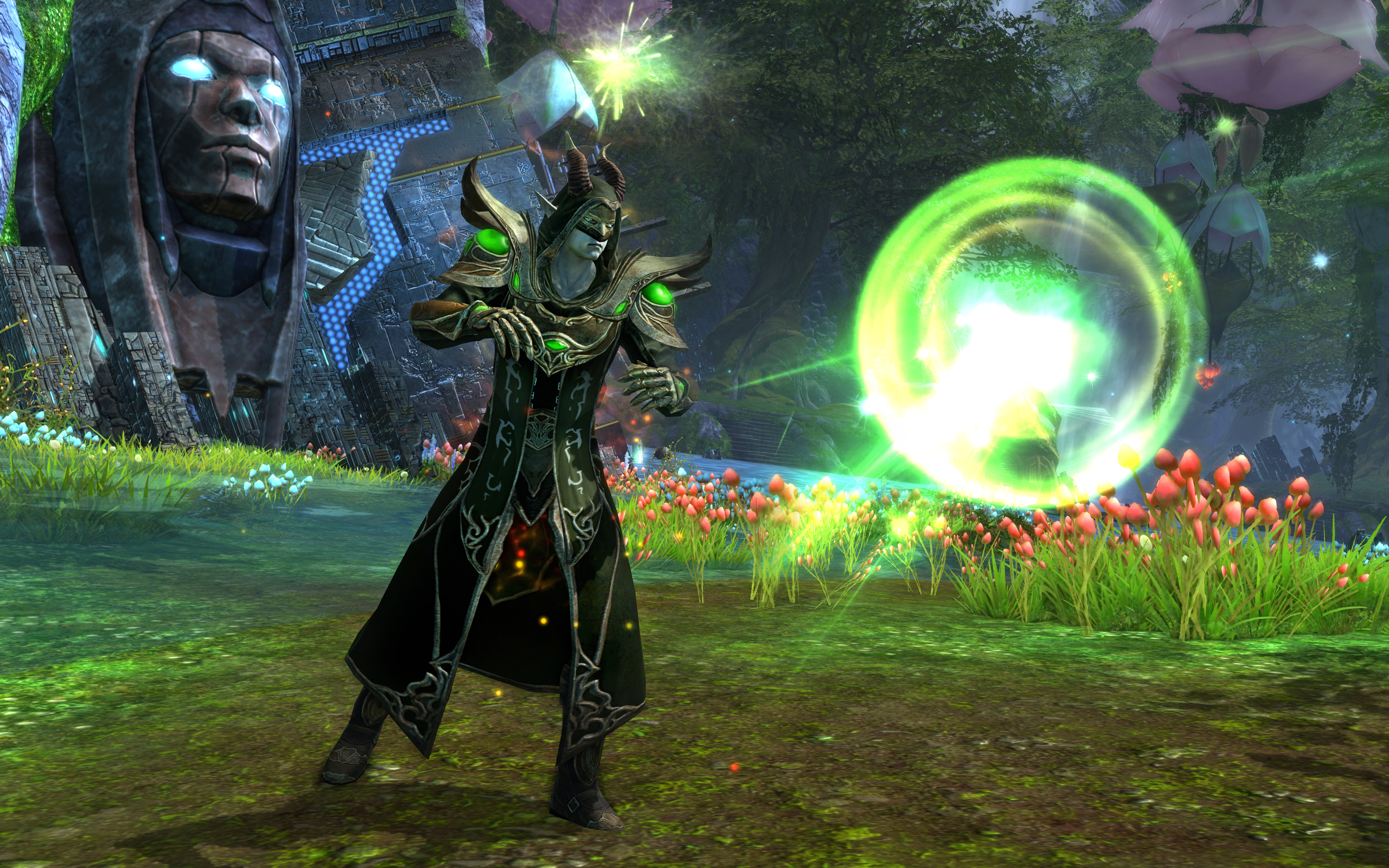 As stated earlier, RIFT is entirely free to play, with previously released expansions and extra content that can be purchased through microtransactions should the player desire. Starfall Prophecy will not be doled out through microtransactions but a one time fee will unlock all the content offered. There is a standard edition for $39.99 and a deluxe for $59.99, which features a few extra digital goodies, one of which is an ethereal drake mount. Starfall Prophecy introduces several new features to the game. The level cap has been raised to 70, and because this is all about accessibility existing high level characters can continue to gain experience to reach the new level cap, but newly created characters can instantly jump to level 65 if a player wants to take a new character into the new areas and not have to start from scratch, or just use that ability to jump straight into the newly purchased content. With this new level cap players will be able to unlock legendary abilities from levels 66 to 70, because there apparently weren’t enough customization options already available. Since loot is always a popular feature of this sort of game, veterans of the RIFT will be happy to know that new equipment better suited for the higher level cap will be available.

Starfall Prophecy is centered around the Comet of Ahnket, which is a comet that is apparently being pushed by the Prince of All Cosmos because it seems to be collecting bits of worlds that it passes through. The players, who are now part of Telara’s equivalent of NASA, will travel to this Katamari Comet. There are five new areas to explore on this comet that mostly center around fire and life, which means there will be lush greenery or flaming volcanic regions. Comets are supposed to be balls of ice so none of this really fits, but these areas are pretty interesting and fun to explore so we’ll ignore that this comet fails in the being a big ball of ice department. Scatherran Forest serves as the new hub for missions, regardless of whether a player is a Guardian or a Defiant. In addition to these five new areas to explore there are also two brand new dungeons for adventurers looking to explore the road untraveled. 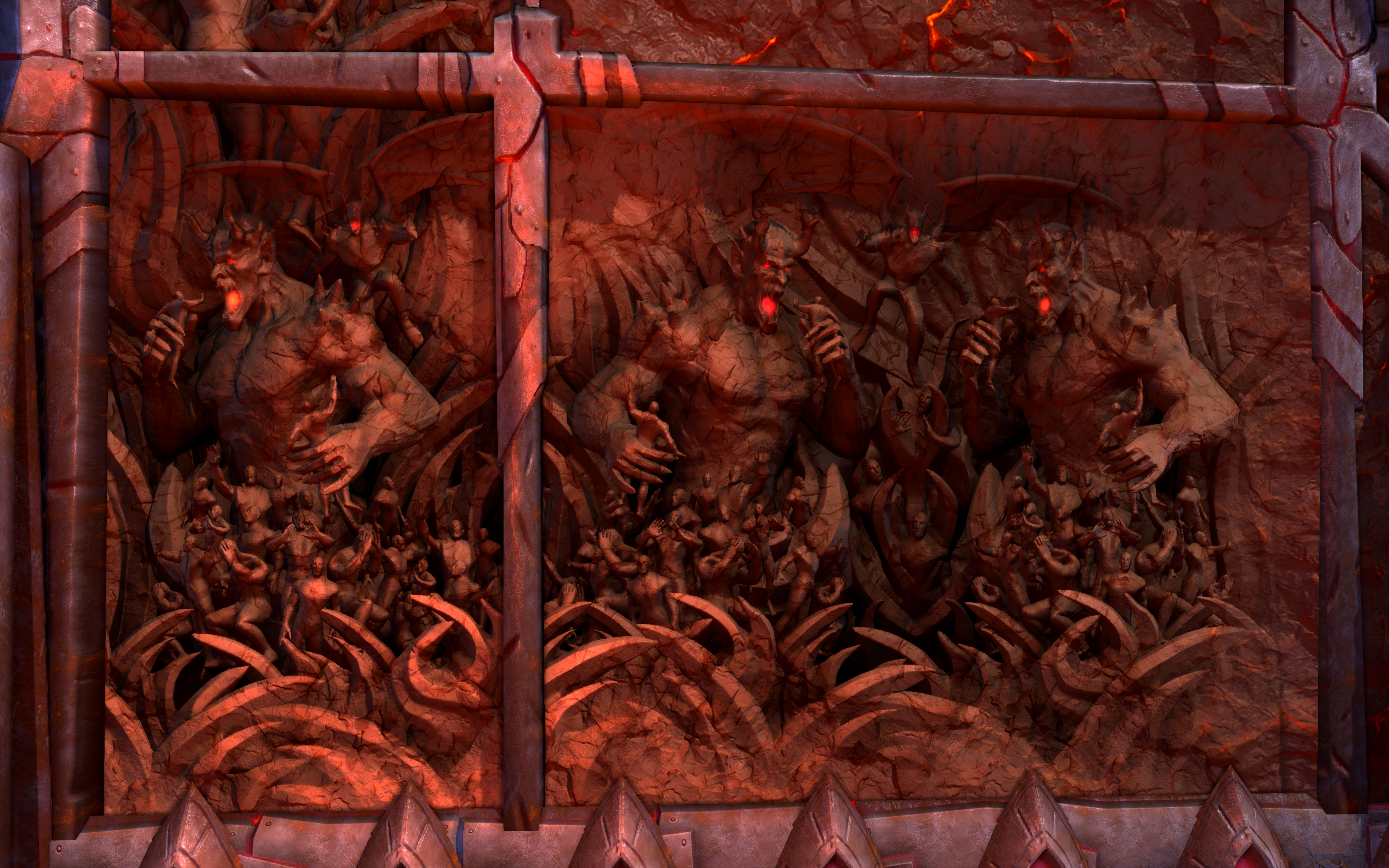 A couple new modes are also introduced with this expansion. Planar Assault Mode is for people who just can’t get enough of battling the evil that escapes from the various rifts that have taken over Telara. Think Instant Adventures, but with an endless string of rifts so you may overdoes on rifts to your heart’s content. Fortress Sieges are open world battles that can be done either solo or with a group of people. This feature takes the dynamic world events that previously included things such as planar invasions or taking on titans and incorporates it into the new content featured in Starfall Prophecy.

RIFT is an enjoyable MMO with vast character customization and a strong community. The keyboard and mouse input is the only way that makes sense to play the game based on the sheer number of different commands available, but once enough time has been spent with the game the controls scheme works quite well provided you can memorize a zillion different keystroke commands. The big question is whether or not this expansion is worth the purchase when the base game is already so massive and completely free? The answer to that is going to vary. The amount of content in Starfall Prophecy and the level of quality is definitely on par with pay to play games. The graphics might not look a couple years behind the MMO giants but they are by no means bad. For the people who already love RIFT, adding this seems like a no brainer. For the uninitiated that think this sounds interesting, my advice would be to spend a few hours with the base game since even though it is casual friendly, it does take a little while to really get into the swing of things. If this is your cup of tea, Starfall Prophecy only improves it, and the instant level 65 boost is a nice way to jump right into the purchased content, though part of the fun in my opinion is building a character up to that point the old fashioned way. If RIFT doesn’t do anything for you, while the expansion is well done it will probably not change your mind. 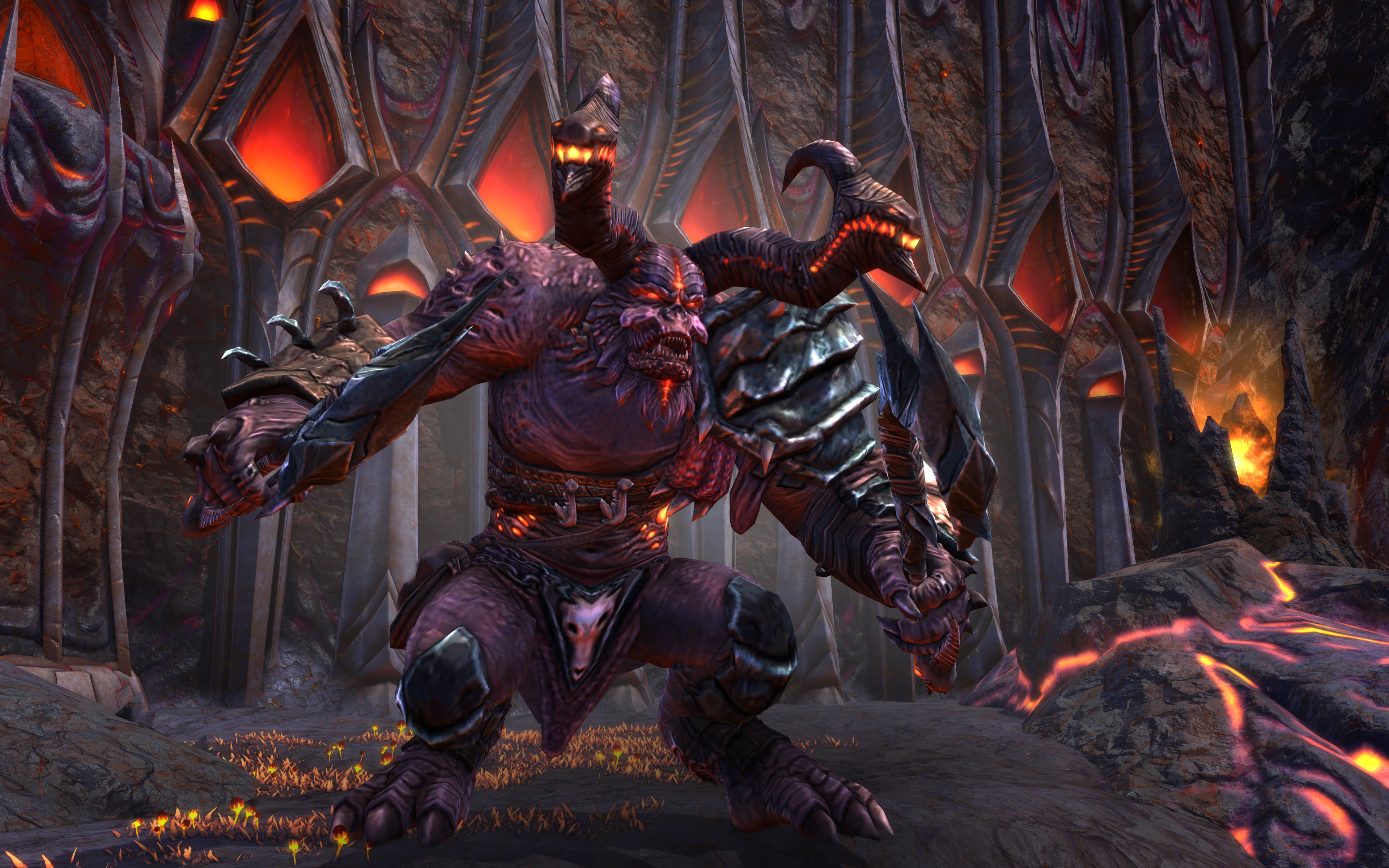 RIFT: Starfall Prophecy is a substantial piece of premium add-on content to a free-to-play game. Finding reason to pay for optional content for a free game can be difficult sometimes, but the quality and quantity of additional content in Starfall Prophecy make it seem like a worthwhile purchase for RIFT fans. No new races or callings are introduced in the expansion, but the new gear, level cap and legendary skills do allow for even more greater options in personalizing one’s characters. The new activities and areas will provide countless hours of new content in an already giant game. It is also nice that this new expansion will not be microtransaction based, and a one time payment will unlock all new content, though all other optional microtransactions in RIFT will still be available. Again, if this game sounds interesting but you haven’t played RIFT or MMOs in general, check out the base game and see if you enjoy it enough to explore the expanded content. For those who already play and anxiously want more RIFT this expansion will not disappoint.