Conversing in general chat and perusing the forums will show two different sides to the sweeping change taking place when Knights of the Eternal Throne releases this December. It’s called Galactic Command and it’s divisive.There are those who are just happy for new content and excited to play more of the game they already love. Then there’s a vocal group of players who believe Galactic Command may ruin what’s left of The Old Republic’s raid community. In the new gearing system, players won’t need to participate in large group content or even join a guild to attain the highest rewards the update has to offer. This checks out for those who mostly play solo, but some would argue that’s not the game BioWare built. Closing in on it’s 5 year anniversary, SWTOR has never experienced a base-level change such as this and regardless where you fall on the yay or nay spectrum, it will affect how you play. Galactic Command is under fire and it must prove its worth to the loyal fanbase in the coming months.

For the next several days SWTOR is still the game you remember. Of course it has seen hundreds of updates since launch, but they’ve all felt like Tetris pieces building on top of the classic MMO theme park. The Galactic Command system isn’t just another addition. It’s a design overhaul that’s going to affect motivations and progress unlike anything we’ve ever seen in a MMORPG. The devs are obviously convinced this will better the overall experience, but fans are right to be tepid especially since many already enjoy the game they have. 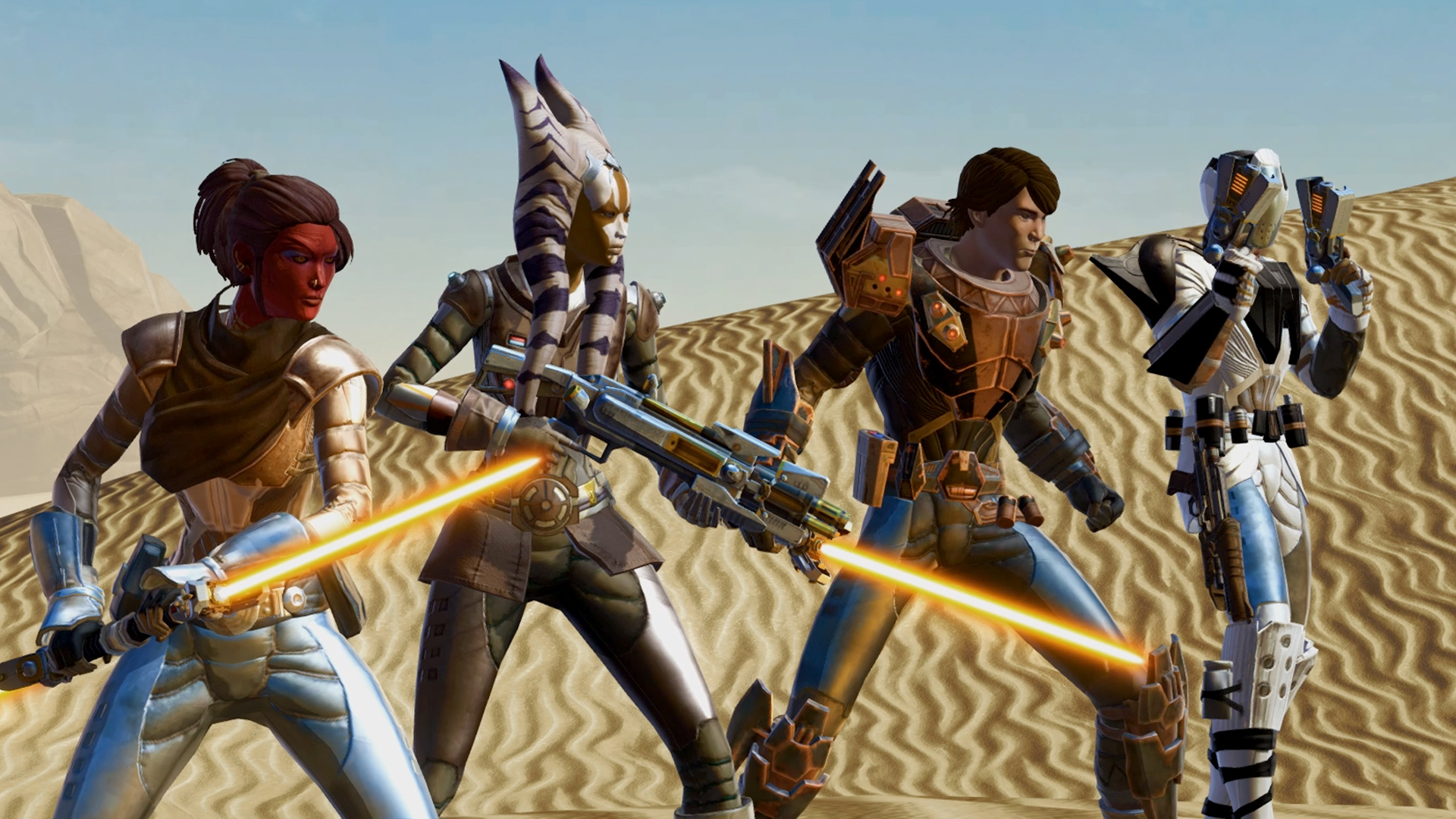 When Galactic Command launches, players will start accruing decorations, reputation, cosmetic items and best-in-slot gear by simply playing the game. All major activities inside SWTOR will award Command Experience which in turn will level up your Command Rank. This is separate from your character level and won’t directly boost stats, but each Command Rank earned will award a Command Crate. There’s a lot of commands in this paragraph, but basically you’ll participate in story mode, player-versus-player, small and large group dungeons until you receive a shiny loot box full of good ol’ RNG. You may not get anything useful for your character or you may receive a helmet imbued with envy.

The reason Galactic Command upsets members of the community is because they’re afraid it’s de-incentivizing the already lackluster raid progression. There hasn’t been a new raid in 2 years and Bioware isn’t speaking specifics on that subject until January 2017. The main thing keeping this tight-knit community of dedicated raiders together despite being neglected is the end-game gear, but as soon as Game Update 5.0 hits, those rewards won’t be exclusive to large group content. If the best gear can be had by playing solo story mode, why should this group of gamers or any person go through the work of joining a guild and coordinating with teammates for hours? Raiding is fun, but it’s also a lot of dedication and Galactic Command may make the rewards not worth the effort.

It’s impossible to say for sure how Galactic Command will change player motivations within the game. I wasn’t pleased when I first heard of the new gearing system. Command Crates are so blatantly inspired by Cartel Packs (SWTOR’s real money lockboxes) that I was instantly turned off. I grew up in a time when you had to defeat Revan to earn his iconic helmet and I detest the system that’s infected our MMO genre over the years. It’s simply a way better feeling to earn a piece of epic gear than to purchase it for real money. I used to love inspecting another player character and then asking them how they got their blaster. At launch these stories expanded into epic tales of guilds and camaraderie banding together to defeat giant Rakghoul mutations on the far reaching sands of Tatooine. Nowadays these stories end with the Cartel Market. I understand why these microtransactions exist, especially since a large part of SWTOR went free to play, but I still don’t care for them. I’ve never spent money on anything besides a subscription in the 5 years I’ve been a loyal player. 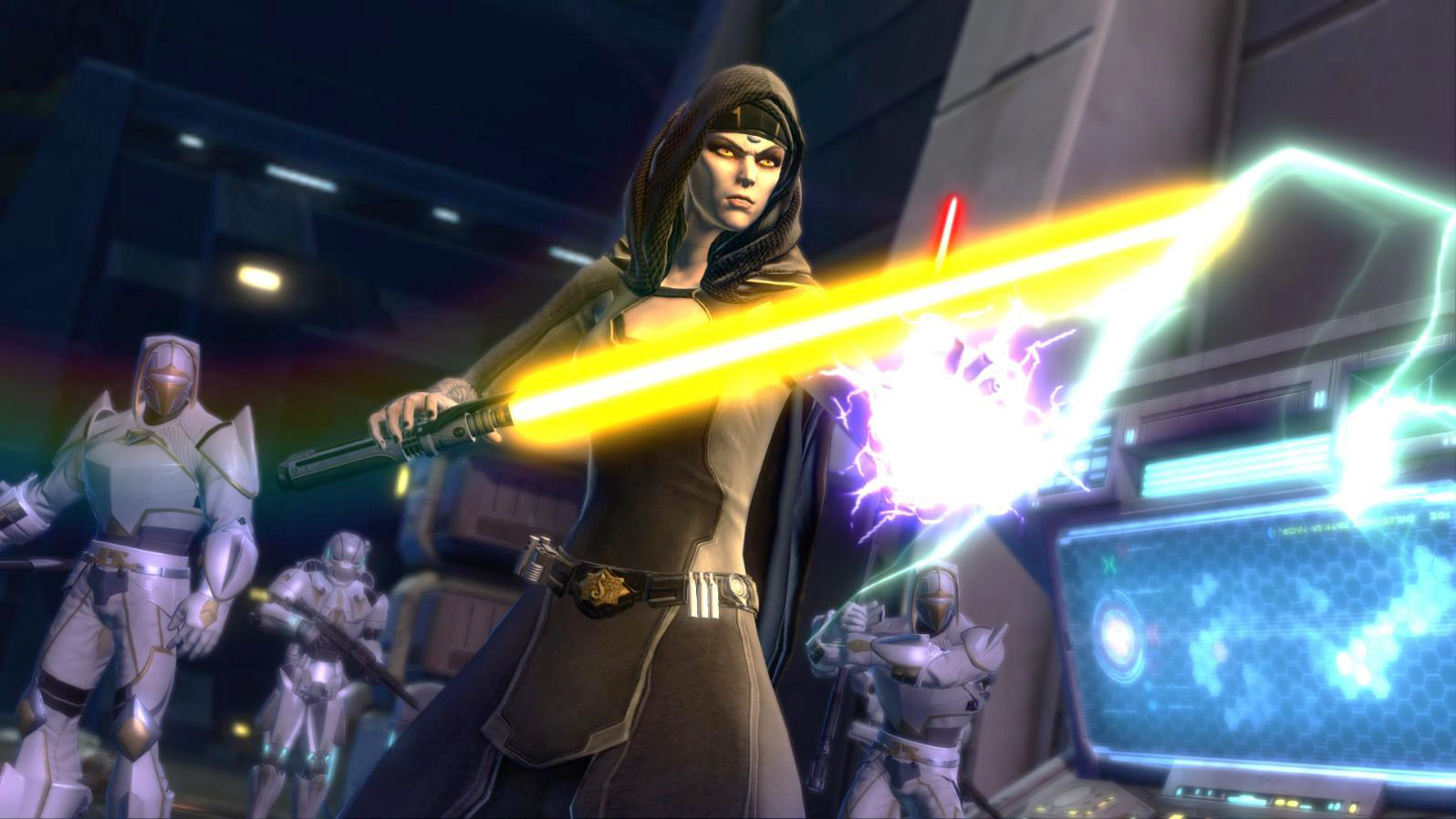 Last week, Hardcore Gamer was invited to Electronic Arts in Redwood Shores, California to play the first chapter of KotET and experience Galactic Command first hand. My initial impressions are that it’s pretty. I like being able to open up the new menu and instantly queue for any activity I feel like playing. I had gotten used to navigating the galaxy in the current version, but there’s no doubt the simplification is necessary. Having already come to terms with the fact that whether I like it or not Galactic Command is here to stay, I was mostly concerned with how it felt. In one hour I leveled up my command rank twice and didn’t receive any gear upgrades (granted I was playing a level 70 Mercenary with what I could only assume was the official OP BioWare set). The story mode won’t suffer from this change as it was already rare to receive an upgrade from a mob or boss.

Reflecting on my short playtime I do have to say that I like the new system. Having the chance at getting a new decoration for my Nar Shaddaa Gambling Oasis of Pleasure from just casually leveling up was a titillating prospect. It felt weird not receiving drops from mini bosses, but to be honest, I hardly ever received anything useful from them in the past so it was a welcome change for those same mini bosses to be offering command experience as well.

The Galactic Command system is more solo friendly, but BioWare’s aim is to also keep it rewarding for players who prefer the tried and true raid gearing design philosophy. While you can just play story mode all day, Galactic Command will attempt to properly incentivize group coordination by offering experience buffs when you’re in a team. BioWare has also stated multiple times that completing raids will still be the fastest way to acquire command crates but that has yet to be seen. 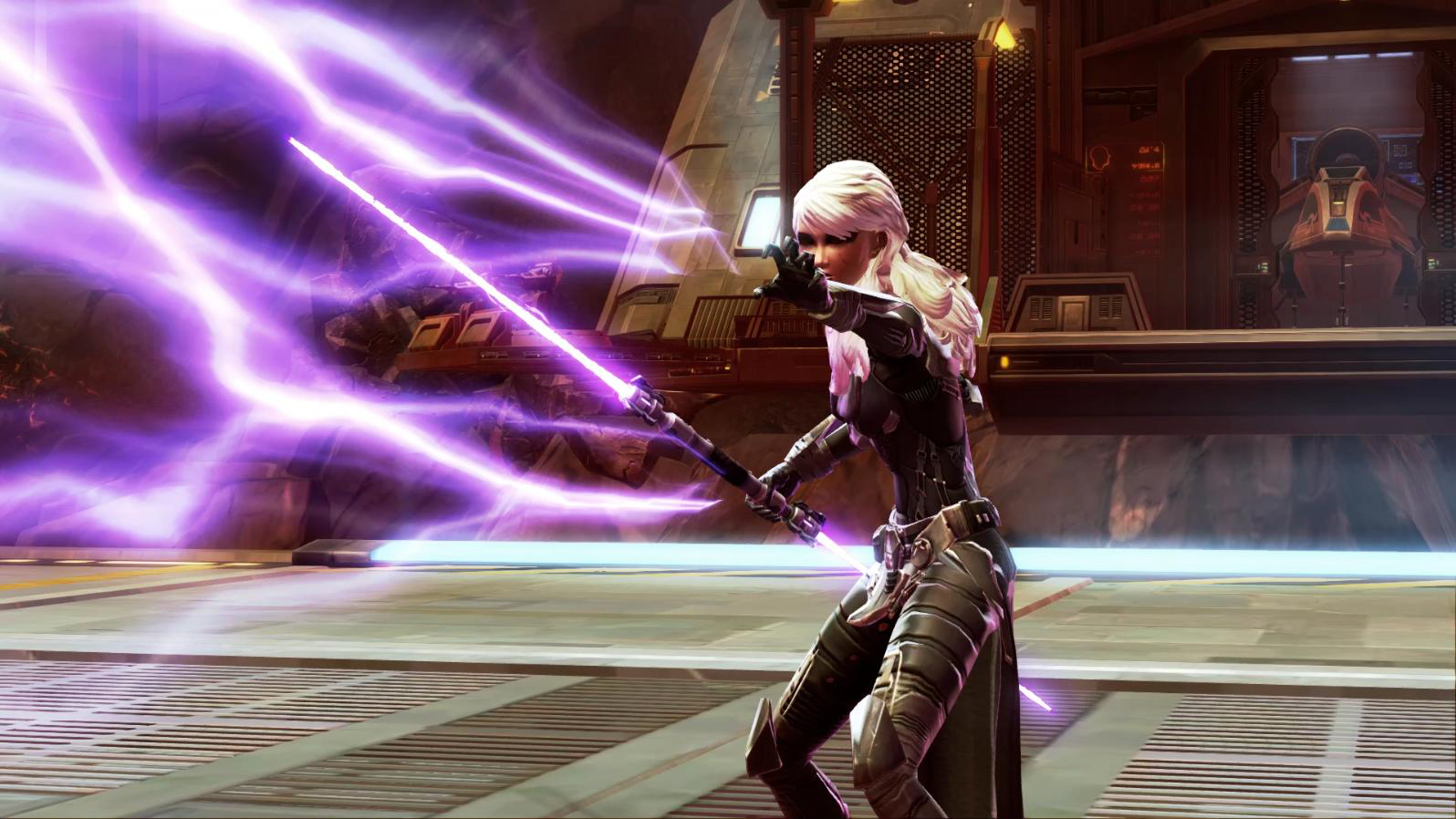 The move to an overarching loot system feels like a Diablofication of the game. In Diablo every enemy has a chance to drop an epic item. It’s not quite the same in SWTOR because you’re not rolling RNG every kill, but you’ll now get the chance to roll more frequently than players do in the current system. It also symbolizes SWTOR being influenced by mobile gaming. When I asked Charles Boyd about this, he confirmed the team was inspired by mobile incentivization but he wouldn’t name anything specific. Going free-to-play and adding the Cartel Market were the first signs of mobile pressure and SWTOR wasn’t the first MMO to shift from subscription only to subscription-preferred. Now that you will be rewarded for everything you do is another example of the game adapting to a changing market.

After going hands on I’m actually excited for the change. I do have to make it clear that I’m not an active raider nor do I plan to be, but I’ve enjoyed raiding with the Reign Guild on the Jung Ma server. There was a time when I was raiding twice a week and it was really rewarding. I dedicated at least two hours on each of those nights, but now I just don’t find the time. I still get to play SWTOR, but it’s more like an hour or two here and there and it’s tough to say when these opportunities will come along. With raiding you must dedicate time. I’m excited to be able to gear up to max stats without doing raids and hopefully I’ll be able just to jump in when I finally have the time.

Galactic Command will keep players engaged by rewarding them more frequently, but I’m not asking for naysayers to blindly trust me and neither should BioWare. Instead, Star Wars: The Old Republic’s Knights of the Eternal Throne will need to prove itself on launch and every day after that. I support the community’s apprehension with Galactic Command and they should continue to question its validity. Until then, Galactic Command will be under fire.