There was a time when I thought 99% of TV currently circulated in the UK was absolute crap. That stat has dropped somewhat over time…to around 98.5% — give or take an actually reasonable documentary or the like. To this day I seldom find joy in browsing the TV in my lounge. This isn’t inherently a bad thing mind you, given one of its resulting side-effects was a sizeable increase in the amount of time to invest in the things I actually can find temporary joy in, like writing dumb plotlines for inevitably unfinished novels or steadily draining my stock of go-to cider or perhaps, shocking as this may sound, video games. It might have slipped precariously behind its fellow brethren, but the Wii U — despite its less-stellar performance commercially — still managed to garner an enjoyable experience from time to time.

The GamePad — arguably the system’s greatest benefit as much its greatest crutch — might not have equaled the Wii’s mountainous scale of market influence, but it goes without saying the modest intention was there to see. Call it a second screen experience or not, but while many would like to inject criticism into the Wii U’s necessity for an otherwise distracting peripheral, not all of the GamePad’s contribution to the daily life of one indecisive video game enthusiast, turned out all that bad. Especially when it came to the latter parts of the day — tucking one’s self away in bed to signal the end [of the day] was nigh.

But…maybe not, as anyone who’s “secretly” snuck their Gameboy under the sheets as a kid — continuing to play Pokemon or whatever even when it’s way past bedtime — can attest to. And just like Nintendo’s crop of handheld systems, the Wii U found itself at the cross-road between two Worlds colliding into one another. Not the most rosy or pleasant metaphor to use admittedly, but the GamePad quickly found another memorable and heartfelt purpose amid the growing pile of hardware and novelty game gadgets alike. It was in early 2013 that I, like so many before me, took to the online plethora of new and old that was (and still is) Netflix and, of all things, used the Wii U’s very peripheral to log on for the first time. 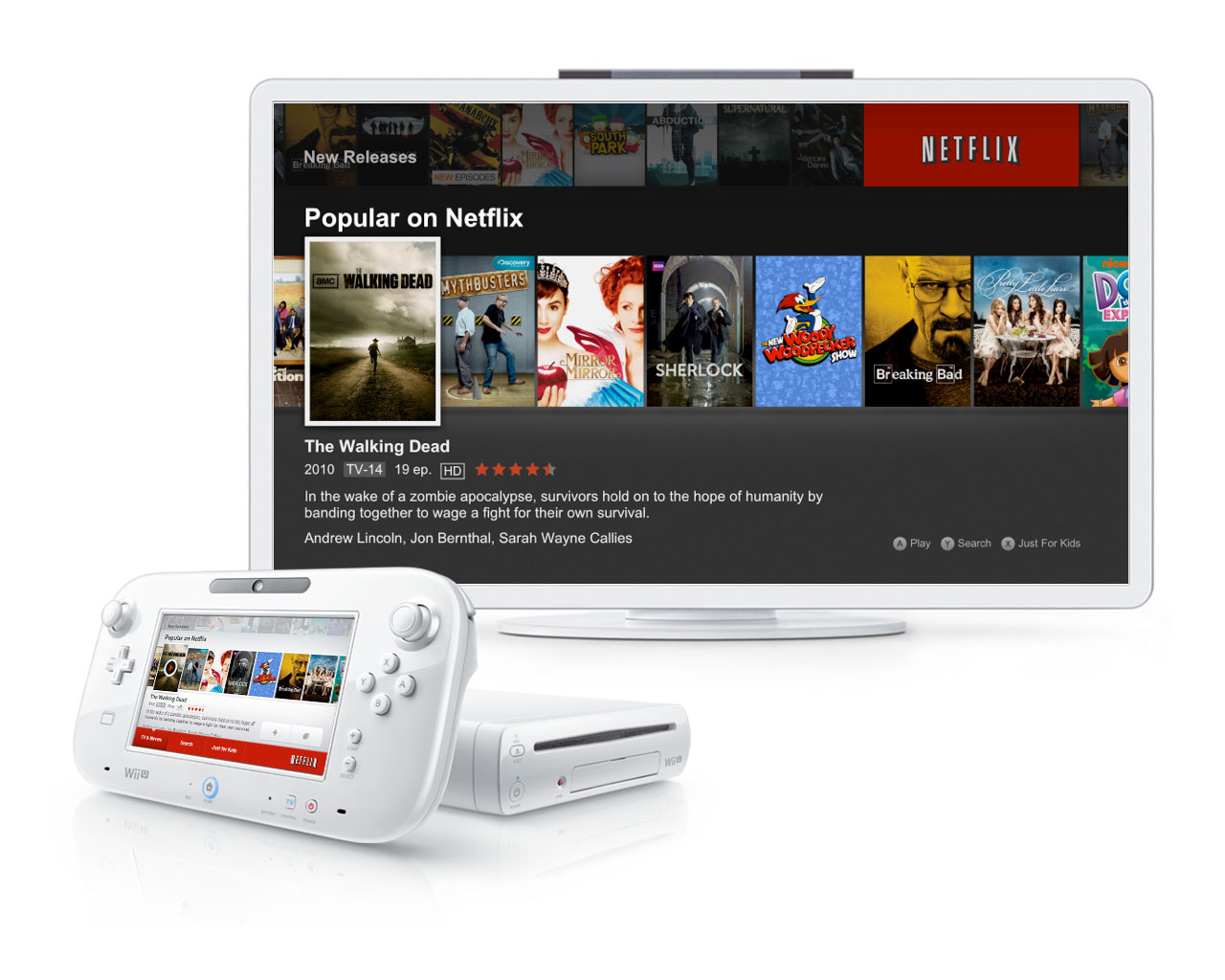 Perhaps it was an insistent need to find some long-term use for the damn thing, but whatever had convinced me to go down this route was certainly making smug looks of satisfaction with endless spouts of “told you so”, as soon as I did. While Netflix, as both a model and a platform, can be praised/critiqued/ridiculed on its own merits/flaws — and certainly isn’t an exclusively confined in experience to the Wii U — it was one of those canny and unshakeable eureka moments you often get when something…anything…just makes perfect sense. There’s no denying that a fair few games benefit, if not majorly then certainly with respectable ounces, from off-TV functionality. You share a TV with someone else or you just may want to continue playing while in the comfy confines of your own bed. I personally never found myself in the former, but I won’t deny there will be at least one person out there who has.

My surprise enjoyment came in the form of the latter, spending countless nights wrapped up in bed, falling victim to that now-standard “just one more episode” epidemic that’s swept over most of the First World. Or at least those with a subscription to the streaming service and go about starting a TV series they’ve never seen before under the preset of watching “just one” and no more. More alarmingly — which, thankfully, turned into smile-widening satisfaction — it gave an extra level of novelty I hadn’t really considered prior. Something of which the Wii U clearly possessed but was only really felt once you had the device in your hands — tapping one’s finger between series sliders and episode menus alike.

Novelty, gimmick, portability…you can look at it from multiple points of view from within multiple different fanbases (vocal outbursts at one another’s so-called strengths/weaknesses not required) and while there were some third party applications that didn’t quite embed themselves well in Nintendo’s accompanying peripheral — looking at you YouTube — the strange thing is that Netflix quickly became one of the best non-games to be found in Wii U’s entire collective output as a home console. How great it stands against the library of games is one I feel varies between each individual, but personally when I think of the desire to re-watch a recent favorite series, look up a hidden gem or simply restock (in perhaps the same interval of trips for cider) on unintended laughter at what flies for anime in the modern era, I will remember the nights like a sad, lonely, old[ish] man with my GamePad. Netflix: the epitome of comfiness and one of the Wii U GamePad’s under-appreciated perks.