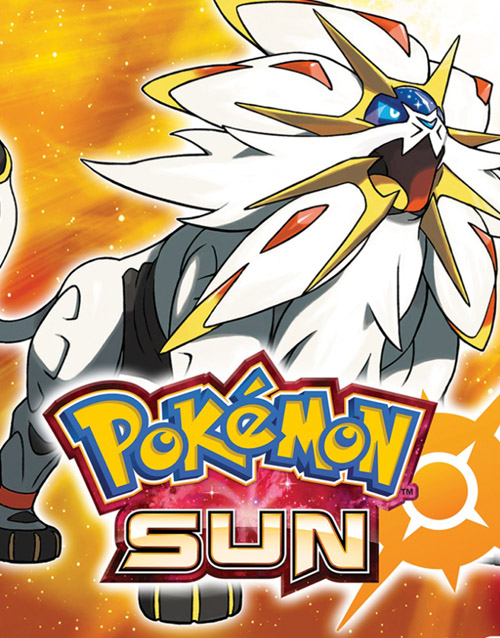 Starting out in any Pokémon game is always exciting. There is a wonderful sense of magic and freshness to be found no matter which one you play. We felt that way for Pokémon XY and again for Alpha Sapphire and Omega Ruby but now, Pokémon Sun and Moon takes everything to an entirely new dimension. If you have yet to be spoiled by the number of videos and leaks over the months, congratulations, you will be astounded by how much the world of Pokémon has expanded. We shall try and break down this review into specific categories as there is always much to cover when it comes to Pokémon.

Pokémon Sun and Moon starts you off as the new kid in town who is quickly thrown into the action as the guardian of Melemele Island takes a liking to you as you attempt to save a weakened Pokémon from danger, disregarding your own well-being in the process. You will choose your starter Pokémon soon after and embark on the Island Challenge to defeat strong leaders on every island in the Alola region. Those familiar with the games will automatically throw themselves into the mix and work vigorously towards becoming a Pokémon Master. Most of the mainstay elements return such as catching them all, battling trainers, discovering new species and foiling villainous plans. New players (and veterans) starting this journey will get to immerse themselves in an outstanding array of environments, meeting unique characters and saving the region from otherworldly threats.

The storyline is without a doubt one of the highlights of the game and quite possibly the best of series thus far. Most main characters delve into their own little plots depending on where you are in the game. Most do not last long but add so much depth to the world of Pokémon compared to previous generations. They help create interesting personalities for fans to attach to. The ending, without giving it away, is quite a surprise and built up perfectly through every main event. Plotlines were never particularly the Pokémon series’ strength until more recent generations but they have advanced greatly. The main antagonist wishes to tap into the power of the Ultra Beasts which can threaten every fiber of Alola. After winning the final battle and saving the region, trainers have the option of continuing the hunt for Ultra Beasts which is the main goal of the post-game. They are fascinating additions to the series as we get to tap into even more dimensions of the Pokémon series. While many mysteries seem unsolved, it could help tie Sun and Moon with future titles. 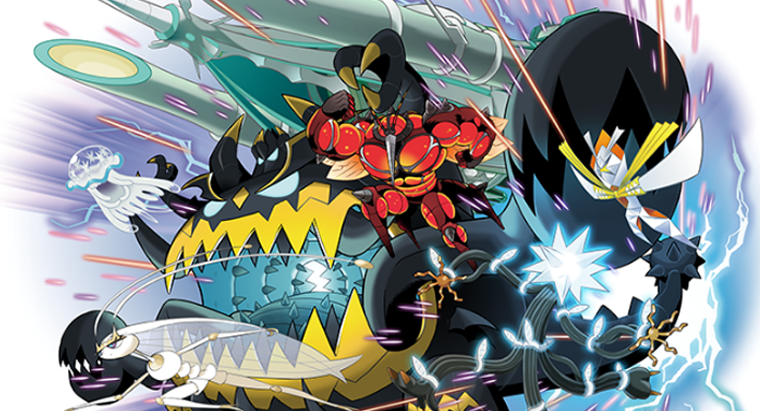 Melemele Island is one of four in the Alolan archipelago. It is where the adventure begins and introduces us to so many interesting features. The Island Challenge replaces the traditional gym battles from every previous game. While it is strange to experience such a different layout, it’s a welcomed change of pace. One could say the old formula has been growing stale while this twist deepens the entire premise of becoming a champion. You must follow specific paths and instructions during trials before being required to defeat a powerful Totem Pokémon in the end. Afterwards, you face the Trial Captains and their team of type-based Pokémon much like those old gym leaders. So, the basics are still there but with an entirely reworked concept. There are badge replacements as well which is fine since they barely did much for you besides letting over-leveled Pokémon listen to your commands. You receive Z-Crystals after defeating the Captains (and sometimes by other means) as a sign of victory. Overall, the idea of challenges related to defeated certain Pokémon, locating items or performing other tasks will prove you worthy enough to face the Captains and later the Kahunas on each island.

Z-Moves will allow your Pokémon to pull-off an ultimate attack which could turn the tides of battle. They are similar in gimmick to the Mega Evolutions from last gen and help out in a fight. While they are avoidable at times and may not knock an opponent out in a single blow, they can be rather overpowering under specific circumstances. Regarding attacks and moves, it is a pleasure to see the reworked and re-imagined graphics used. Most moves received a visual upgrade to go along with such substantial changes to the environment. It could, for some reason, go unnoticed by rookie players but veterans will catch on right away. Also something that appeals to trainers is the addition of Alolan forms. These Pokémon are actually from the first generation of games but with a major face lift in terms of appearance, typing and attacks. While more entirely new Pokémon would have been much more welcomed, these unique updates to old favorites gives us a similar feeling. They may be familiar, but Alolan Pokémon feel new and fit in, even reflecting the differences between real animals or plants of the same species.

The entire region shows off fully fleshed-out character models, vehicles, Pokémon silhouettes and more. The amount of detail in Sun and Moon is unparalleled to any previous Pokémon title. Every small touch goes a long way as well from blades of swaying grass and hearing wild cries when walking around to seeing unique Pokémon to interact with and fun, calming music that is both new and remixed from the past. Speaking of the past, there have been many mentions to Kanto, Johto, Hoenn, Sinnoh, Unova and Kalos found throughout the game. While it is great to see this interconnection and nostalgia for old fans, there could have been more focus on talking about Alola instead. Really, it is wonderful to teach new generations about the past, but it draws from the importance of the present. Speaking of Alola, the region is laid out nicely. Each island comes back full circle which shows how locations seamlessly weave together. There are also diverse habitats for Pokémon which reflects reality. For being made up of a chain of islands, however, there is not enough water to venture. Complaints were made of there being too much water in Alpha Sapphire and Omega Ruby and it seems those critiques impacted the layout of the region which is disappointing. With enough maneuvering and checkpoints, surfing open waters would have been a breeze. 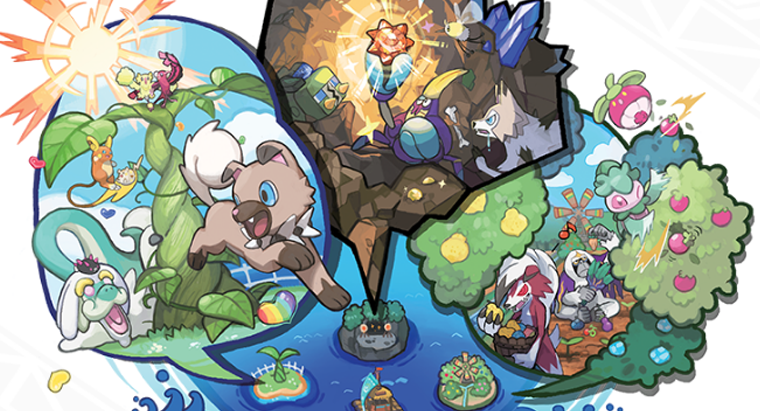 There have been a few nifty features added to Pokémon Sun and Moon. Every generation includes things that aren’t often found in any other. This time we are introduced to QR code scans which allows you to search out a Pokémon not naturally common to Alola. Poké Ride is a life saving idea which allows you to call upon special Pokémon which act as your very own HM users to trek through various obstacles. No more will you need to take up an attack slot with Fly, Surf, or Strength, just call on a couple of helpers when needed. Poké Pelago allows those stuck in the PC to actually have some fun. This feature lets anything in your box participate in experience training, item retrieval, and can even snag a wild Pokémon who wishes to stay. Poké Pelago keeps unused Pokémon in shape as well as providing useful items for your inventory. Fishing has been around since the first game but has received a major overhaul in Sun and Moon. You can only fish in specific locations which puts a damper a lot of fun but in reality helps out a lot, it would just be nice to let us try wherever we wanted like old times. Pokémon-Amie is sort of back but given a makeover and now called Pokémon Refresh. You can’t play games with your pals but you can still feed and pet them. The best part of this update is allowing players to heal status conditions immediately after battles making you ready to go for whatever comes next. These unique additions and more really give Alola an identity of being very user-friendly.

On the flip side, too much of that friendliness can be misconstrued as babying or pampering the player. Advancements in technology and leaps in fun gameplay from 1996 means there are going to be some things we took for granted. In Pokémon Sun and Moon we no longer have to worry about threats just trying to get to the next Pokémon Center. Of course, this and others affect a trainer’s ability to learn from mistakes and think on the fly. Now we are shown various stat changes, super effective attacks and field changes during battle. Back in the day there was no way to factor these adjustments unless you were writing them down. There is also the back and forth on the topic of SOS Pokémon battles, we found there are advantages to the feature but it also felt like a virus that has no cure. Minor changes to the format would have made a huge difference. Framerate issues slow down battles especially when there are more than two on the field, like against Totem Pokémon or in double battles, meaning we probably won’t be seeing triple or rotate battles anytime soon. You can turn off battle effects to help out, but it wouldn’t be fun missing those cool new graphics for attacks! Finally, the online system is iffy. The Friend Lists from XY were perfectly created as you could see if anyone came online when playing the game. Now, you must head to the Festival Plaza in order to find out if you can trade or battle with others. The actual Plaza is fine if you want to head there, but keeping a short list of friends on the bottom screen at all times would have been a better option. 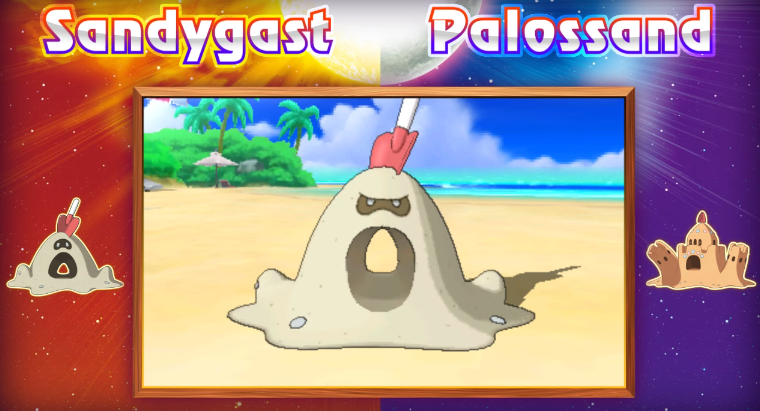 Pokémon has been a classic series for twenty years and with 2016 being its 20th, Pokémon Sun and Moon is a perfect way to celebrate such a milestone. It still holds all the charm and fun from the original titles yet creates an entire new world to explore. It’s a must-have for fans and a worthy place to begin for newcomers. The future of the Pokémon series shines bright like Pokémon Sun and beautiful like Pokémon Moon.