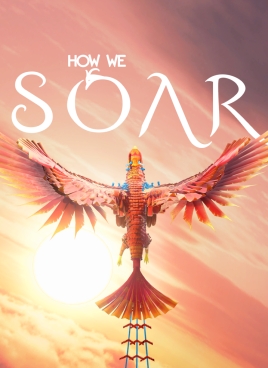 VR has the ability to provide experiences that can’t be delivered in any other form and How We Soar seeks to do just that. The team at Penny Black Studios crafted something that evoked the best of thatgamecompany’s work, but does fall short of those lofty heights. It starts off on a high note, with you on top of a phoenix as it soars through the air. A brief controller rundown takes you through a set of rings, then the Penny Black Studios logo before you explore your first world, where the game’s highs are showcased right away. How We Soar mixes in a touch of Pilotwings with some of what made Flower magical and crafts one of the best, but also most disappointing, PSVR experiences to date.

A series of orbs are thrown around the world to collect and your progress on that particular stat can be brought up at any time with the Circle button. Those test your dexterity to some degree before bringing you to ring groups to fly through. Much like the light plane in Pilotwings, you will need to carefully aim yourself to fly through every ring in one go. Carefully throttling L2 allows you to brake and hover to adjust your aim with small increments. After doing all of this, you’ll follow a second bird around the stage and breathe new life into whatever is there. You may need to turn pages of text into a beautiful photo, or bring color to something that has had it stripped off in the past. The core formula is simple and works, and at its best, evokes everything that made Flower work so well.

Unfortunately, there’s a sense of tedium that seeps into How We Soar because unlike Flower, the format is never mixed up. There’s no sense of danger and while there is a sense that the in-game world was lived in, what we’re left with is something that feels all too hollow. While there is a small sense of something greater at work, the lack of peril and danger makes the experience feel empty. The rote formula only gets a chance in scenery and while that scenery is stunning to look at, when it’s the only major change from stage to stage, it’s clear that the core game has a problem. 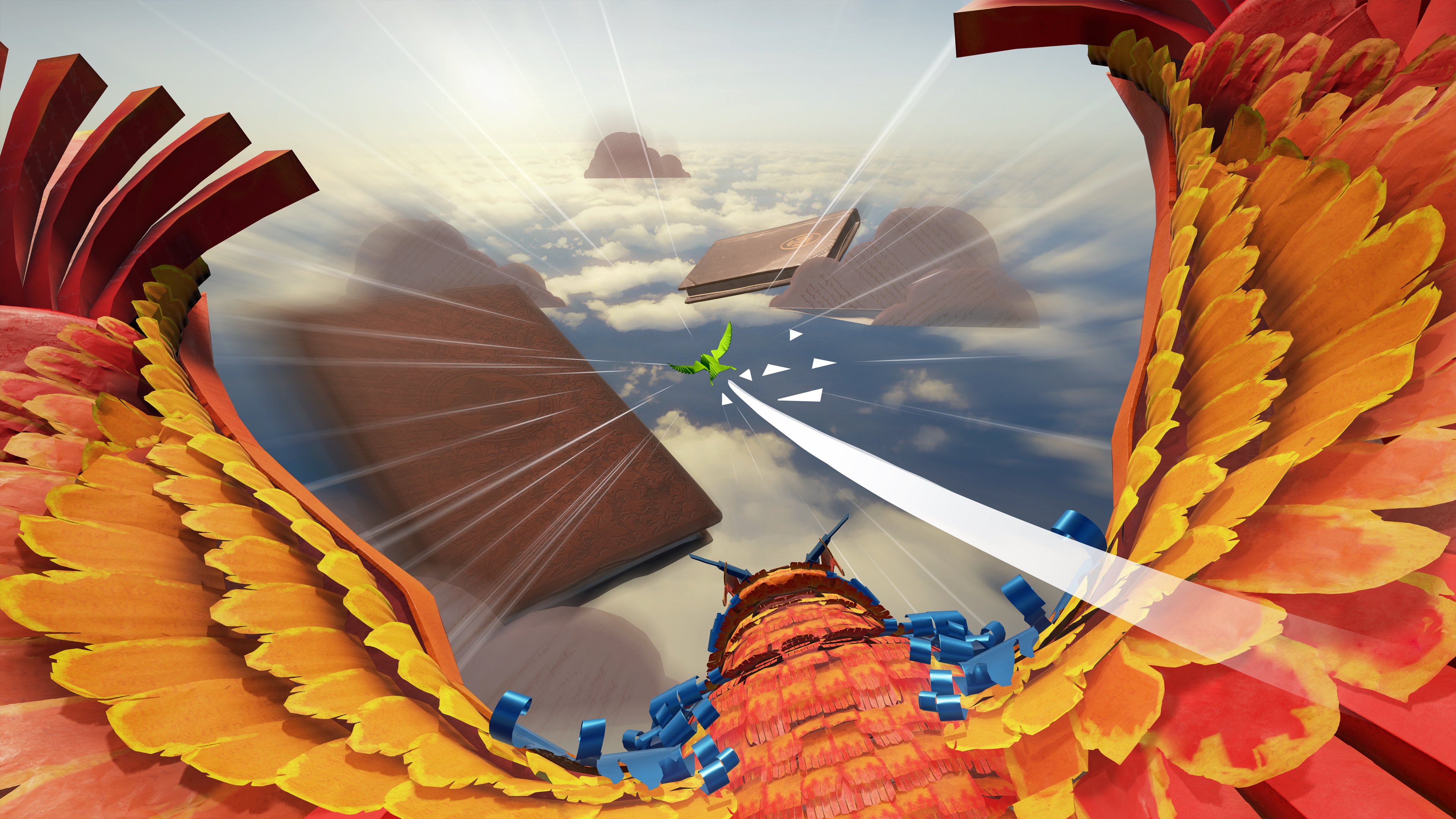 How We Soar‘s greatest strengths lie in the freedom of feeling like a bird soaring high in the air, but it doesn’t do much to give the player a reason to want to do it. Flying through rings works well enough, but there aren’t enough obstacle course areas set up to make that concept feel fleshed-out. Similarly, finding the orbs comes off as more busy work than anything else since most are in plain sight and you rarely have to get any from the game’s most stunning areas — places that would benefit from making use of being able to explore the stages. Exploration does feel rewarding, but you don’t get anything tangible in the game for doing so. This results in the experience feeling fairly pointless because there’s never any change.

Flower‘s core concept could be explained as “soar through grass and bring life to the world” and that may not sound exciting on paper, but the execution worked. It followed a pattern for each stage, but also introduced new risks and danger that made each risk taken seem worth it. There’s no risk here, and exploration isn’t rewarded like it was in Flower where you could uncover a hidden area and be treated to stunning shots of the world gaining that much more color. You will still get to see impressive sights — but they are sometimes obstructed views.

The use of a large phoenix as your avatar leads to great beauty, and also a highlighting of the game’s technical shortcomings. While the idea of flying through the skies with a richly-animated phoenix works for the most part, it is hurt by the feathers clipping between one another during flaps. Looking to the left and right of you also usually leads to a shot of the feathers and not a shot of the sky or in-game world. You can move your face forward a bit to bypass this issue somewhat, but it’s still present more often than not and hurts the immersion level. Fortunately, the game’s visual prowess succeeds more than it fails. 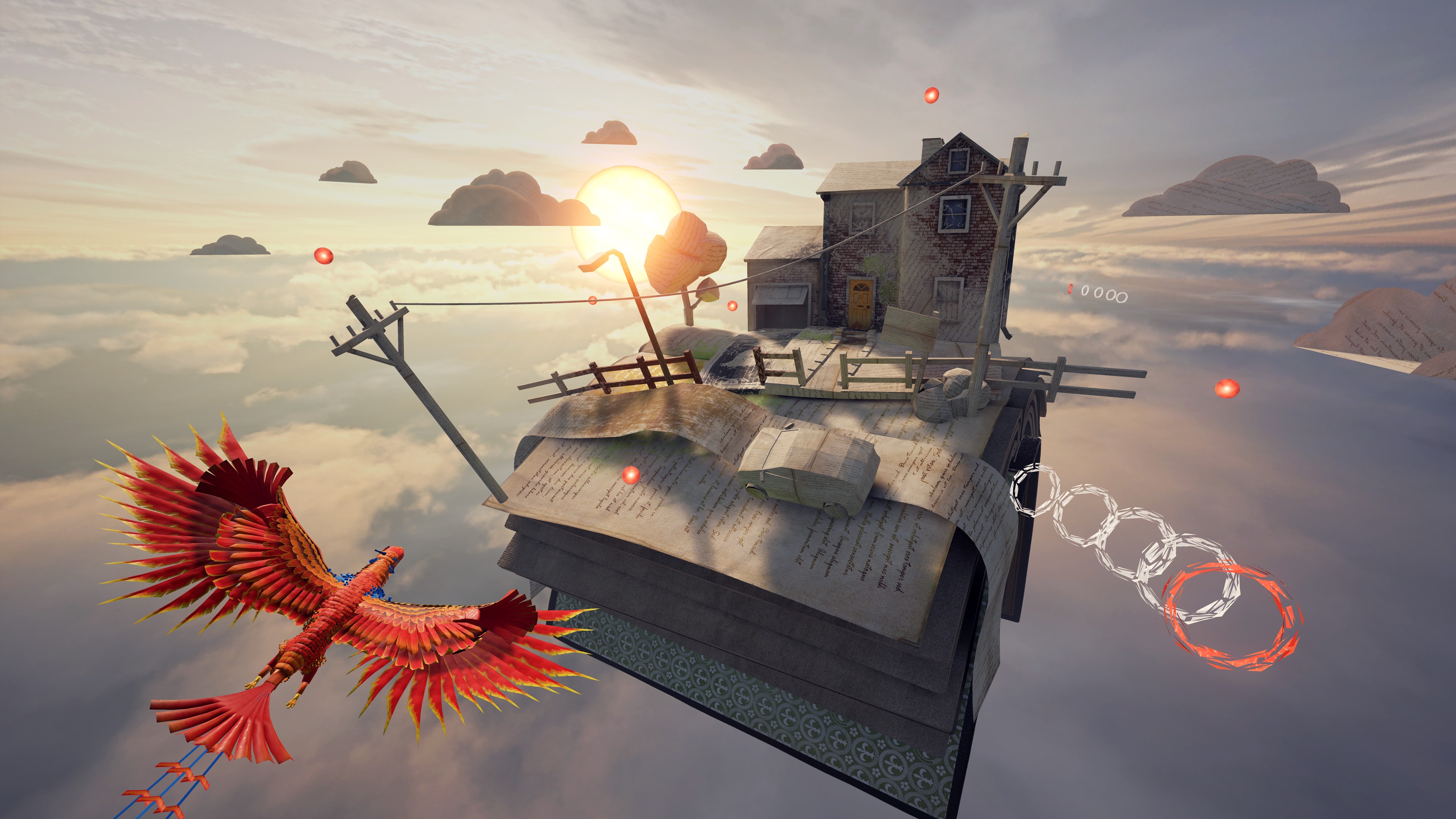 The PlayStation VR has become known as a device that has led to some dreadful texture pop-in and overall low texture quality, but How We Soar features some of the best-looking textures on the platform so far. Even when you’re flying up close to a leather-bound book, you can see the creases in the leather and a small sheen off of the text as it glistens in the sunlight. There are a few points where the high-quality texture work falls apart, but the overarching graphical design is strong. Being able to look into the sky leads to some great moments too — especially as you go through the stages and see so many different colors blended into them.

How We Soar’s sound design is one of its best points. The game’s score is rich and relaxing — with songs that both excite you during the ring portions and then calm you down during the exploratory sections with the other phoenix soaring alongside you. Its squawking works at letting you know where it is in relation to you at all times — which you will rely on if you ever lose sight of him. Either using the included ear buds or a nice pair of headphones, you can also get an idea of its location relative to yours and you’ll also hear little things like the wind rushing by you. 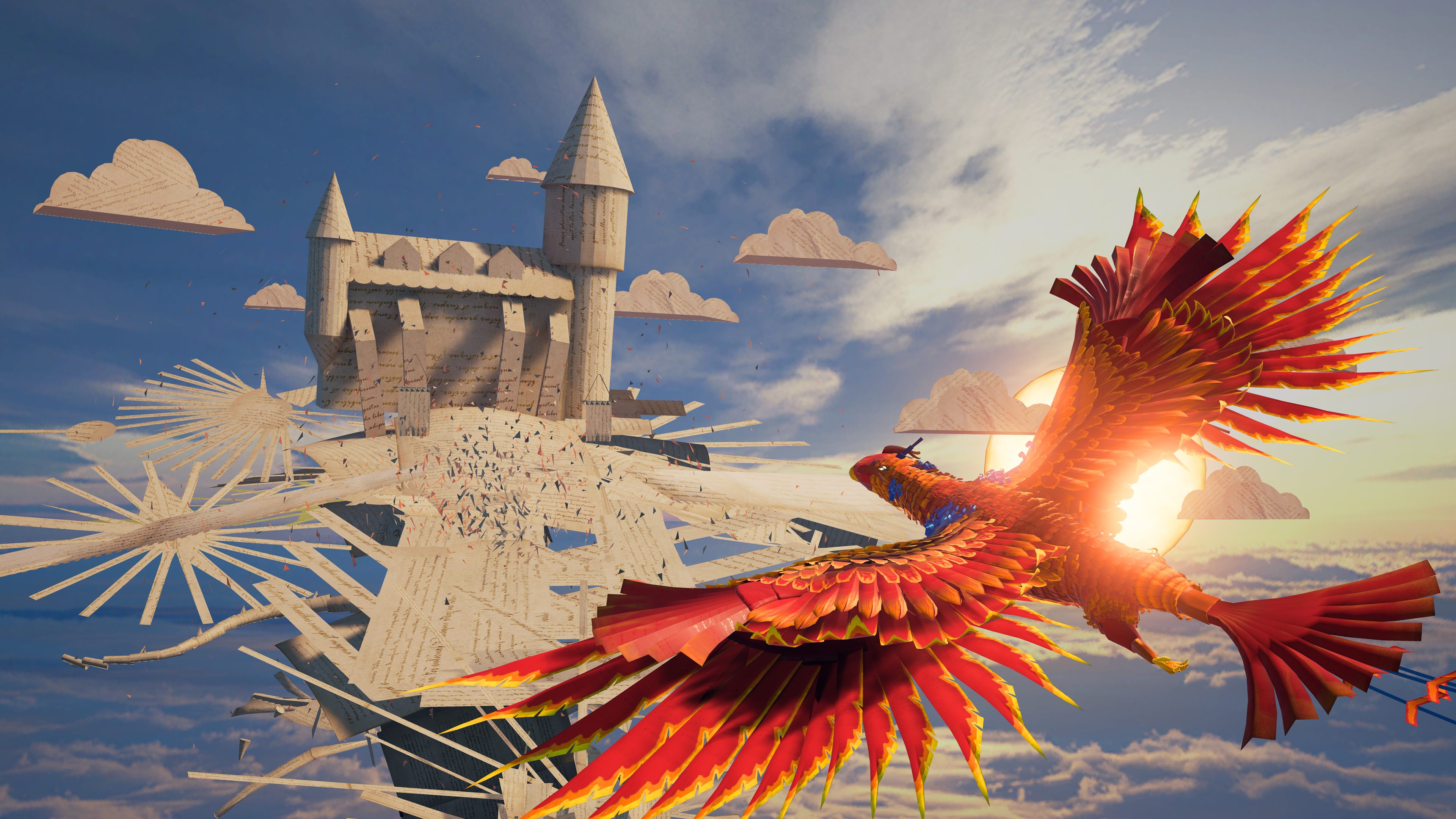 How We Soar is greater than the sum of its parts and is an incredible experience that should be played by all PlayStation VR owners. Its core formula can get old, but what’s here is executed quite well. More variety would have been nice, though, while some kind of sense of peril would have heightened the stakes. Fortunately, How We Soar excels as a game that allows you to both have fun and relax at the same time. The lack of danger means that those who fear game over screens don’t have anything to really worry about — but players seeking a greater challenge from one of the biggest showcases for VR technology so far may be let down. Still, its graphical and sound design are top notch and it provides PSVR users with some of the most lush graphics on the platform so far.