Open to all comers eighteen years of age and up, this year’s PlayStation Experience show has been just nearly worth the asking price…for Saturday. A Saturday visit, priced at $45, can net a patient attendee some early, if short, hands-on access to some of the most talked-about titles headed to the PlayStation 4 in the near future. But more importantly, it would have included the Capcom Cup finals as well. If anyone is curious about how E3 would be like if there were no meetings, less industry people, less press and it just had PlayStation booths…well PlayStation Experience is a close resemblance. The staff are friendly, the crowd is polite, there’s free merchandise and food is horribly over-priced. That said, the Anaheim Convention Center is no joke, with an exhibit hall floor of 813,607 square feet, and PlayStation Experience does manage to do a decent job filling it up. The event, however, is actually a little small. Seeing everything on offer will take less than an hour, but it’s not hard to spend the entire day there if one waits in a single line. The swag bag is a nice addition right upon walking in, and the live broadcast of exclusive announcements and panels is a welcome bit of entertainment while waiting in the line to get a badge.

Once in, there’s plenty to play – well, wait to play. It’s no surprise there’s lines for larger titles from Farpoint, to Gran Turismo, to Horizon: Zero Dawn. People interested in less-known third-parties and indies are in luck because getting hands-on time with any of those is pretty quick. These vertical slice demos will give a decent feel for the game of course, so anyone eager to try their hotly anticipated titles could very well get what they wanted from this event. Perhaps more importantly, there are representatives present and, for small titles, developers who are open to hearing questions and just talking about their games.

While there was a bustling line to try The Last Guardian, and an even longer one for The Last of Us signing, PlayStation fans can be hard-pressed to feel like the trip isn’t worth it. That is unless they wanted to see something like God of War, Days Gone, or new Kingdom Hearts content. Unfortunately, it’s still only wishful thinking to assume all the heavy hitters at this year’s E3 would make an appearance at PlayStation Experience. It’s understandable with the way new game announcements and reveals go, but when people are paying to go to an all-PlayStation showcase, they’ll want all PlayStation games. 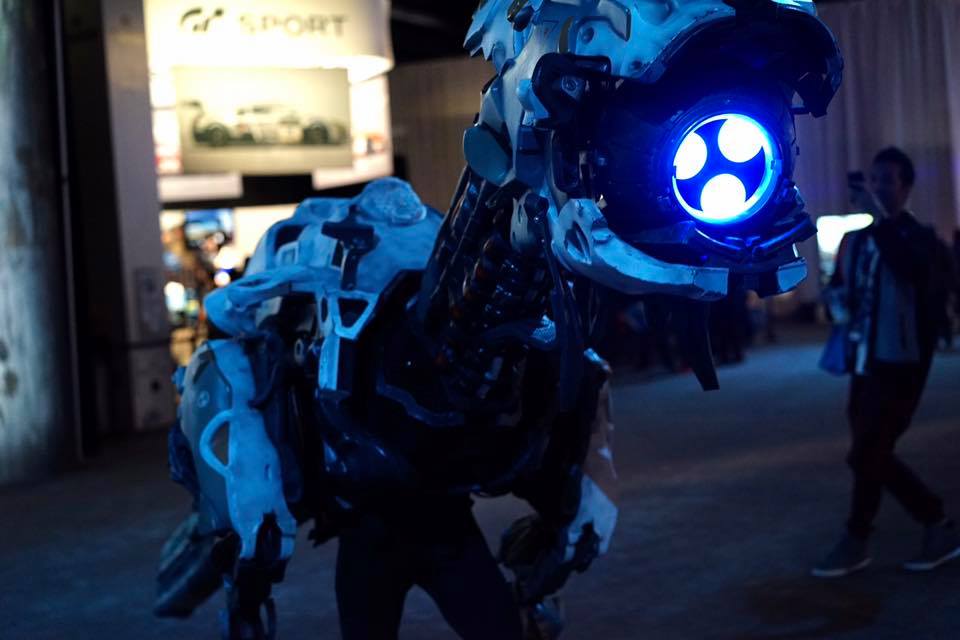 A notable highlight for anyone who went Saturday, and also happened to like Street Fighter V, is the Capcom Cup finals. For the unfamiliar, Capcom Cup 2016 is one of the premiere international fighting game events of the year. It features Street Fighter V and the best fighters in the world were present on stage at PlayStation Experience to bring home $130,000 and recognition as one of the best – if not the best – Street Fighter V players in the world. With nearly a full house, the Capcom Cup finals had some great energy and an effectively nail-biting, historical final match. For one of the very first times in the history of international big-name fighting game tournaments, both finalists were American. To gush a little: Northern California’s Ricki Ortiz and Florida’s Du Dang were thrilling to watch in their final matchup. Seeing Ricki get knocked into Losers Bracket only to demolish her way back into the final round really got people’s blood going. The back-and-forth, comebacks, and possible turnarounds made people get loud. When Du Dang “NuckleDu” took home the prize, to few people’s surprise, the crowd was still risen. Even after all the festivities, the additional extended reveals for the next season of Street Fighter V and the new Marvel vs. Capcom Infinite gameplay certainly produced some hype. To mention a low point, anyone who watched the Twitch stream of the Capcom Cup finals from home would have been treated to better, more professional camera work than the event attendees did. Shots that stayed too long, a couple that trailed off, malfunctioning mics, and times where it seemed the camera staff just gave up on showing anything at all made for some awkward moments.

If Sony keeps bringing in premiere events like Capcom Cup, bolsters their panel lineup and pile on added incentives outside of just waiting in lines for demos, PlayStation Experience can be well worth the asking price. It takes a certain type of fan to even consider the event in the first place. For those who don’t really like fighting games, however, it’s hard to say a trip to PlayStation Experience would have been worth it.