Blizzard’s Overwatch is preparing a special something or other for the holidays but for now we will have to make do with a simple tease. Over on the official Overwatch Twitter feed an extremely vague RSVP was tweeted out asking fans to tune in on a special date.

The letter in gif format shows what looks to be an Overwatch map covered in snow and general holiday cheer. A letter then falls to the ground and gently unfolds to reveal a little poem alongside a date and location.

It’s the most wonderful time of the year,

and we hope you’ll join us for some holiday cheer!

Overwatch is no stranger to holiday events as they recently had a pretty big one that took over for Halloween. Hopefully for fans and holiday newcomers it’ll be full of fun, presents and memorable play of the game montages. 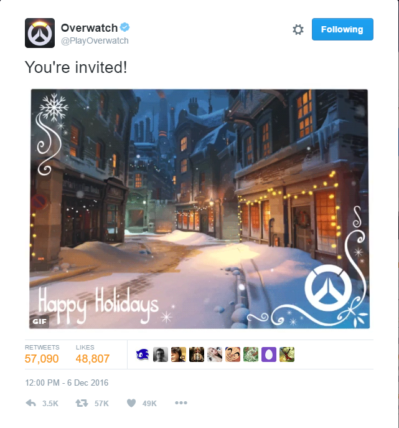 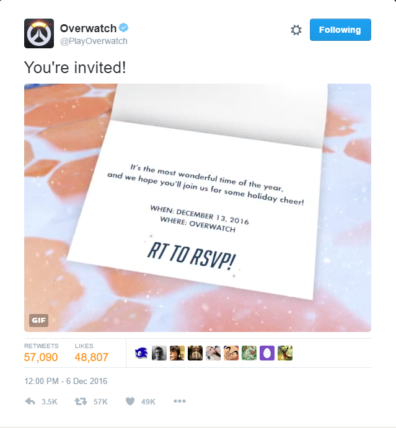