The 16-bit era was one of the greatest periods for the growth of JRPGs to date – perhaps second only to the 32-bit era if not a two-way tie between them. Squaresoft was one of the biggest contributors to both boom periods and bridged the gaps between the two eras with a swan song for the Super Nintendo that saw that pay homage to their own history while forging new history with Nintendo’s own characters. At the time, it seemed like a perfect send-off for both Mario and Squaresoft bidding farewell to the SNES. In hindsight, it became its own piece of history that managed to stand up surprisingly well to the test of time.

It begins with something Mario fans have seen for ages – Princess Toadstool/Peach being kidnapped by Bowser. The tropes of the series to this point are deconstructed a bit — long before breaking the fourth wall would become a common occurrence in gaming and you can already see that this is going to be different. This escalates as what would normally be a game-ending Mario vs. Bowser battle is the first major battle you encounter and Bowser is kicked out of his own castle by a giant sword-being named Smithy. Mario and Bowser find themselves as unlikely allies for the fist time ever, and make use of “the enemy of my enemy is my friend” adage to try and take Smithy out. 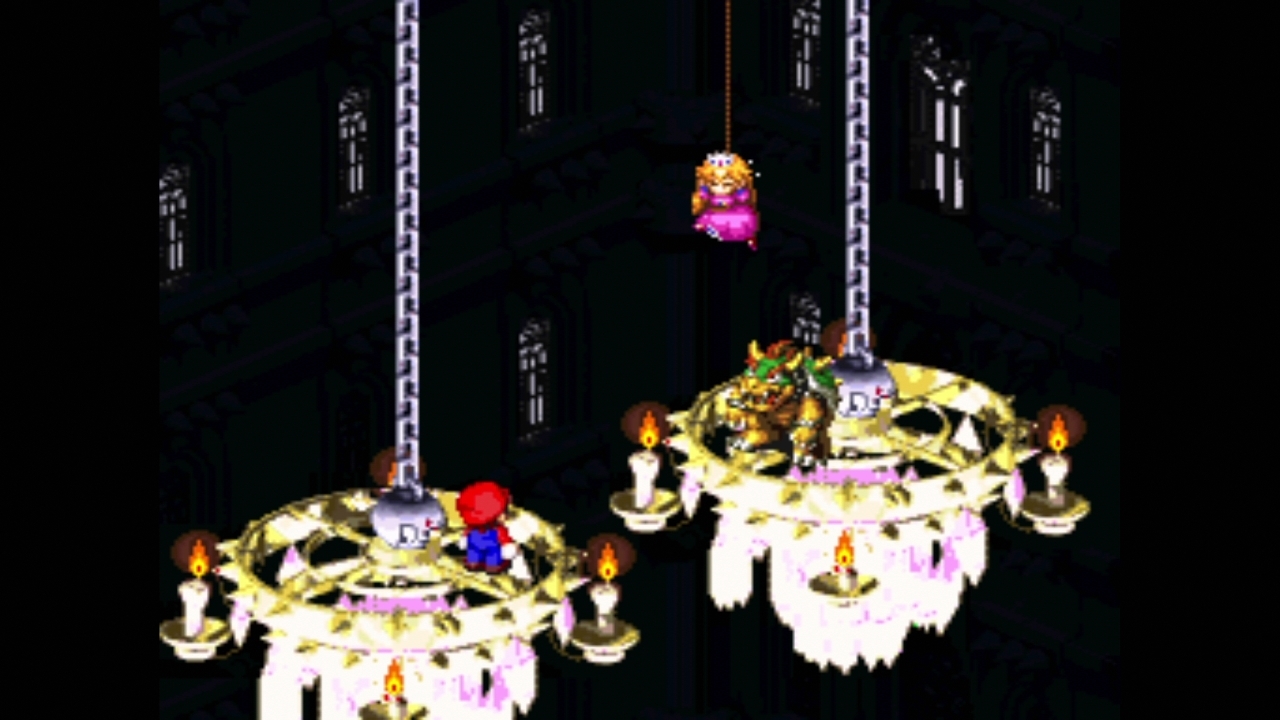 Longtime Super Mario fans were in for a shock right there, while longtime RPG fans were taken aback by the game’s isometric viewpoint, which also threw Mario fans for a loop as the series maintained a bit of the franchise’s running and jumping. Jumping wouldn’t do damage on the overworld, but would allow you to initiate combat and by having enemies be visible, you could also avoid combat if you so desire.  The game’s battle system keeps some of Final Fantasy’s turn-based action in place while blending in a small amount of the Super Mario style as well. Familiar Mario attacks like jumping and fireballs were present and the game’s innovative timing-based damage system allowed you to do more damage per turn if you timed things properly. This encouraged a bit of trial and error in battles and allowed you to tweak your timing during overworld battles so you could maximize your damage against bosses.

The turn-based battle system wasn’t as complex as what Final Fantasy users were accustomed to, but it was perfect as a gateway RPG. Longtime Nintendo fans could be exposed to the genre and have it presented in a way that was easy to digest. The battle system using a one-to-one command setup that was in-like with the SNES controller made battle controls easy to learn, while the variety within the character roster kept things fresh. Much like a regular RPG, everyone had a role to fill and you could have people work in hybrid roles if need be. This allows the player to experiment with different things that go outside the norm a bit. 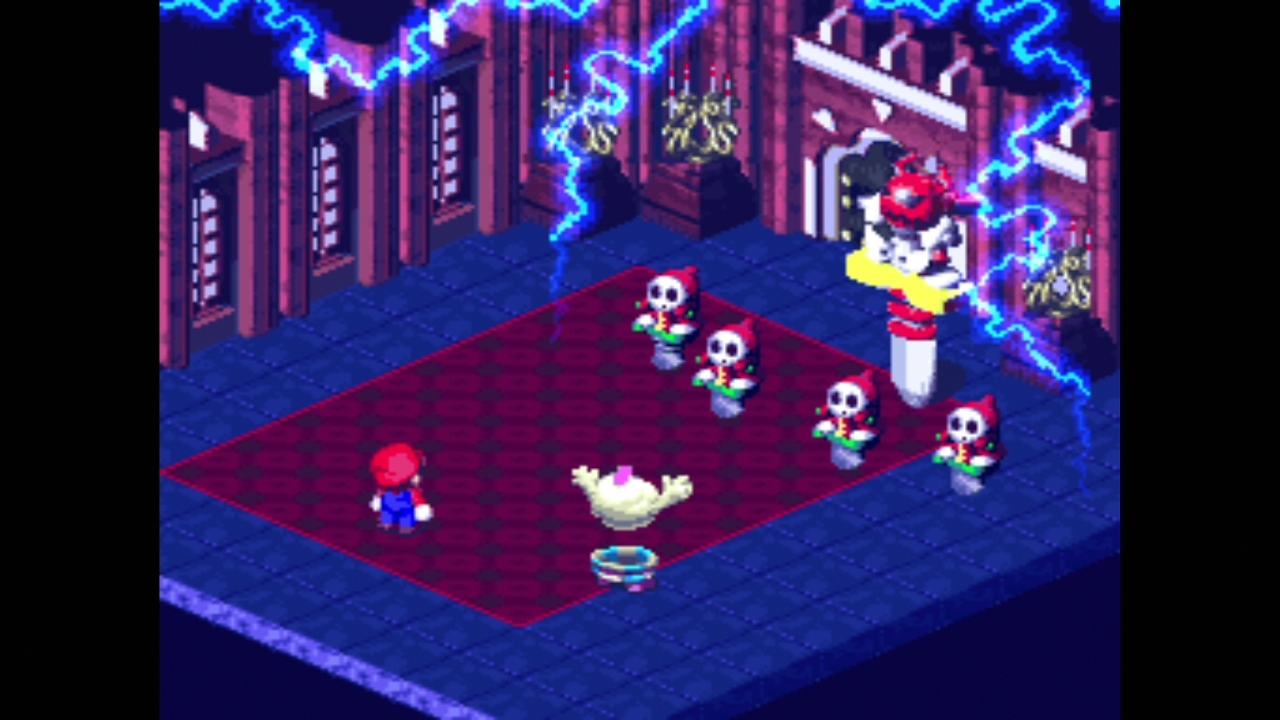 While Mallow makes for a traditional magic user/healer, Peach can be used as far more than that once you upgrade her attacks. A simple purchase of a deadly frying pan allows her to be both a healer and a bruiser who can heal the party in one turn and then do copious amounts of damage in the next. Bowser is a bruiser who benefits a lot from the timing-based attacks because of multi-slashes – as does Mario, who can daisy chain super jumps and fireballs into boss-killing attacks in just a few turns. Geno is one of the game’s most popular and endearing characters, and gives those who prefer projectile combat something to sink their teeth into. He relies on a lot of long-range attacks and feels a bit like what Pinnochio would feel like with Mega Man’s arm cannon attacks. Every character has something different to add to the mix and losing one character in a battle can make things much harder if you find yourself relying on just one.

You’re far better off trying out every character and at least trying to get them all leveled up to a decent degree. This ensures that you’ll never be completely outnumbered in battles, but also allows things to remain interesting and challenging if you lose someone. Item drops are fairly plentiful, but some enemies can take a party member out of the battle without killing them – reducing your number of turns by a third and forcing you to fight better. In times like this, you will probably die a few times, but learn how to best retaliate and avoid suffering the same fate once again. 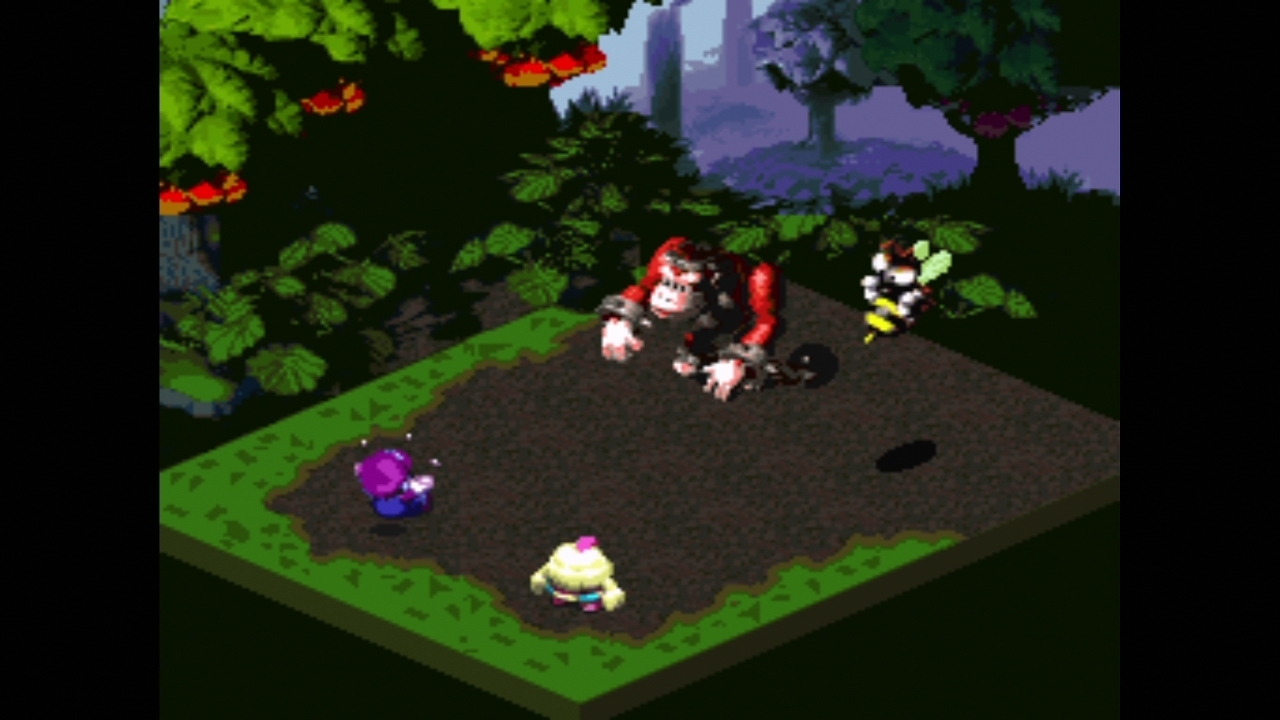 Super Mario RPG features a surprisingly high amount of replay value for an RPG. While the plot itself isn’t worth replaying, many parts of the experience are just to uncover secrets and Easter eggs. One of the most famous ones involves Mario morphing into his 8-bit self by going through a curtain, while others involve Link and Samus sleeping at an inn that your party stays at. One of the game’s biggest secrets was a boss battle that put your party against easily the toughest foe in the game – Culex, who looks like he was taken from a Final Fantasy game and even had battle music that covered classic Final Fantasy songs of the day. Scavenger hunts were even possible and unlocked a hidden gambling area where you could play simple card games to earn items. Super Mario RPG managed to be both predictable and unpredictable and that has allowed it to age very well.

The CG graphics were outstanding at the time and while they show their age, they look solid today. The pixel art style of the era may age slightly better, but this manages to convey a sense of depth and realism that simply wasn’t possible with pixel art. The in-game world seems slightly more real thanks to it and allows magic attacks to look fantastic with sharp lightning and flame effects that hold up nicely. The soundtrack is solid, but probably something that won’t stick with you after a play session. Every town theme is enjoyable and hummable to some degree, but not memorable. The silly and cartoony sound effects remain enjoyable now – especially flame and jumping attacks. Toadstool’s frying pan shots also sound violent, which helps sell her as a deadly part of your team. 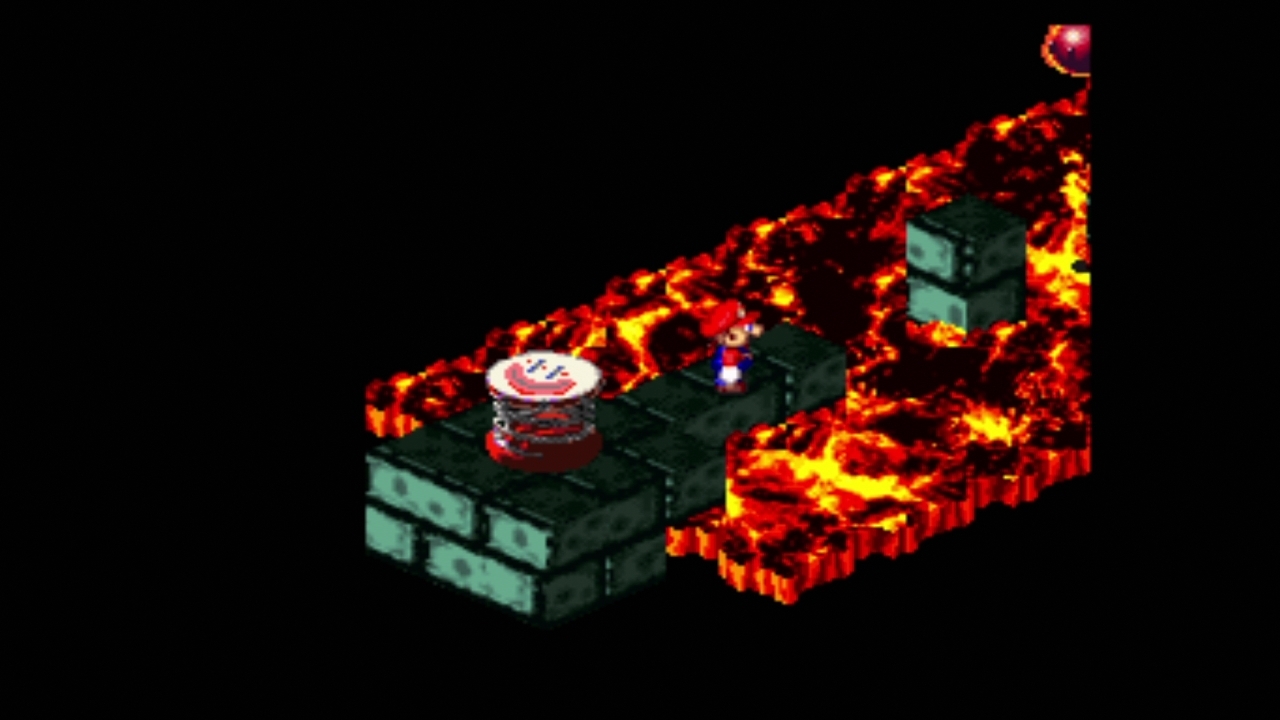 Super Mario RPG’s legend grew with time as re-releases simply never happened. Thankfully, a Wii re-release came about thanks to Square and Nintendo and allowed the game to be enjoyed by an all-new player base. Those who missed out on it didn’t have to spend $50+ on the secondary market and could simply enjoy it via the Wii for far less money. You can still get the Wii version on the eShop or you can play it natively on the Wii U for a mere $8 with off-TV play via the Gamepad. It remains a fun romp and one of the best gateway RPGs out there – so if you’ve missed out on it before, give it a download on your Wii U and experience a one of a kind RPG that begat not only Paper Mario, but also the Mario & Luigi series by showing that Mario and his crew could work in an RPG setting.