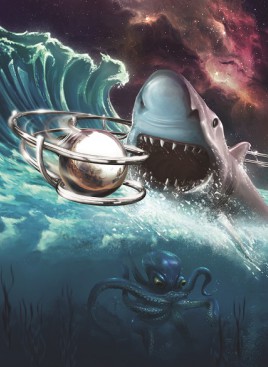 When it comes to digital pinball, Zen Studios are one of the key developers in the scene. Unlike FarSight Studios’ The Pinball Arcade, their focus is on creating brand new tables for players. There is sometimes also confusion over the fact that this one team owns both Pinball FX and Zen Pinball. These were primarily ways to distinguishing the game between platforms in the past, with “Pinball FX” being the moniker for pinball on Microsoft platforms and PC. This has finally changed with Pinball FX2 VR launching on PlayStation 4 for PSVR. After having previously launched under this title for Oculus Rift and HTC Vive, it just makes sense to situate everything under the same brand name. So, if you loved Zen Pinball 2 in the past, then chances are you’ll be right at home with this latest incarnation.

Pinball just makes sense in virtual reality. While it is fun enough to play a 2D pinball game, it’s obviously different from the real thing. VR helps to bridge this gap in a surprisingly effective way. Pinball FX2 VR places you right in front of the pinball table just as would be the case in an actual arcade. As such, you look down toward the table just as you might in reality and play the game. Unfortunately, there is no PS Move support but the DualShock4 triggers create a good enough approximation of hitting flippers. They’re precise and ensure that any misses feel like your fault. It’s amazing how a simple shift in perspective manages to change the feel of pinball, but it almost makes 2D pinball games seem lesser in comparison.

Almost, but not quite. There is one potential issue with virtual reality-based pinball which will not be resolved in this current generation of headsets. Those who find themselves playing for more than half an hour at a time will likely start to feel their neck straining somewhat. This is due to the fact that not only you are wearing a PSVR headset, but you’re also looking downward at the same time. This creates an additional sensation of weight which isn’t quite as noticeable when playing a game where players must look straight ahead and to the sides. One solution is simply to limit gameplay sessions (as should already be the case when engaging with virtual reality). Another is to wait for lighter headset models – but who knows when that will even occur. All things considered, this is a slight complaint when compared to some of the more glaring issues with other VR releases. 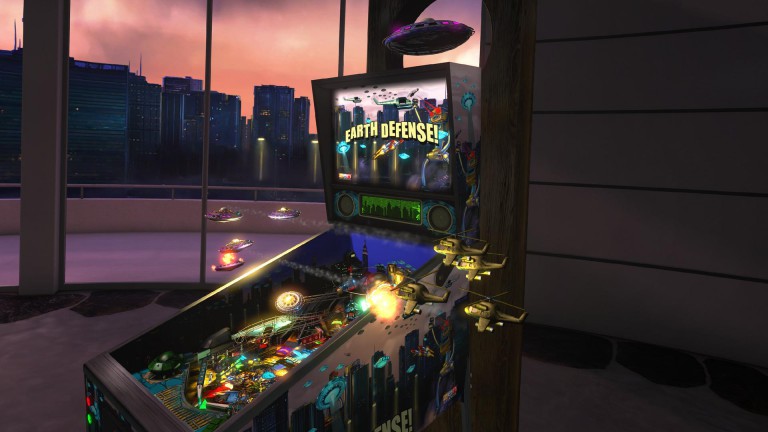 If you’ve played Pinball FX2 before then you’ll have some idea of what to expect with its VR incarnation. By purchasing the base package you get three tables: Epic Quest, Mars, Secrets of the Deep. The Season 1 pack includes five additional fan favorites: BioLab, CastleStorm, Earth Defense, Paranormal, Wild West Rampage. The last bit of DLC available so far is The Walking Dead table which previously released in non-VR format. Please note that if you have tables such as The Walking Dead from before that those purchases will not transfer over to Pinball FX2 VR. On one hand this makes sense, and on the other hand it’s disappointing to see that there wasn’t even a discount provided for previous ownership.

Fortunately, there is a huge difference between playing in VR which makes potentially re-buying a table or two worth it. Aside from being immersed in the tables, the flair surrounding tables also feels more present. For example, one table with a dragon may have that dragon suddenly fly up and around you. These dynamic elements add a bit of unexpected humor to the gameplay. They rarely ever get in your way either which is important since you don’t want to miss hitting the pinball. It would be nice to see these active elements become more impressive with future tables. As for now, they feel somewhat tame. 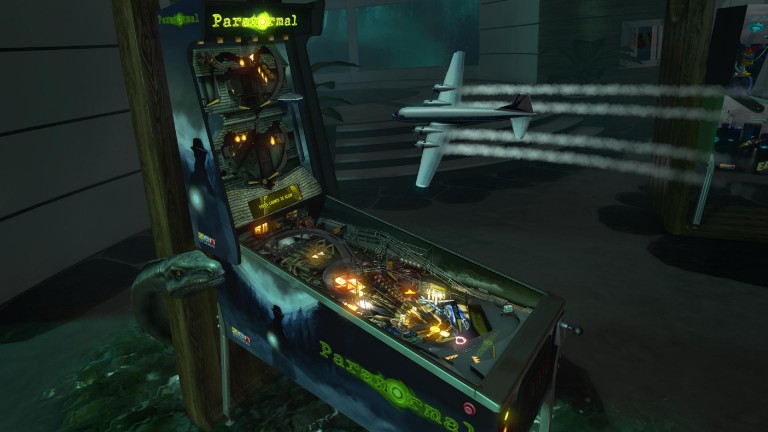 Pinball is fun no matter which way you play it. When unable to actually lay your hands on a physical table, however, it’s now obvious that the best option is to play in virtual reality. The sense of presence is so totally on point that it’s hard for any other video game rendition of pinball to match up. Fans who have already purchased tons of Pinball FX or Zen Pinball tables may initially feel frustrated by a lack of discounts, but should give it a shot regardless. The PSVR headset makes a tremendous difference and as such it is worth supporting these updated tables. Pinball FX2 VR is just the kind of virtual reality experience that gamers of all ages will be able to enjoy.