In the before time, the long long ago, checking out new music out of radio friendly tunes was not as easy as it is now thanks to things like Spotify. People had to actually purchase CDs and one of the easier ways to do this was through the cheap compilation CD. These were usually put out by indie labels and $4.99 was considered expensive. This was a good way to check out bands radio stations wouldn’t touch without taking a major hit to the wallet, especially if one’s tastes gravitated more to punk, metal or industrial, as opposed to top 40. Sure, these comp CDs had a lot of unmitigated garbage on them, but some of my favorite bands have been discovered by finding a good song on one of these discs and ended up checking out the rest of their discography, such as Bella Morte and Virgin Black.

With CDs going the way of the dodo due to the popularity of digital media, these discs are not exactly being produced in the quantities they were. And they really don’t need to be, with the ability to find new music through Spotify, Pandora and YouTube. As much as I enjoyed finding a new band this way I can come across the name of a band and have access to their discography on YouTube to check them out. But even with this current way being much more convenient and completely free, I kind of miss getting a collection of a bunch of random bands to check out. 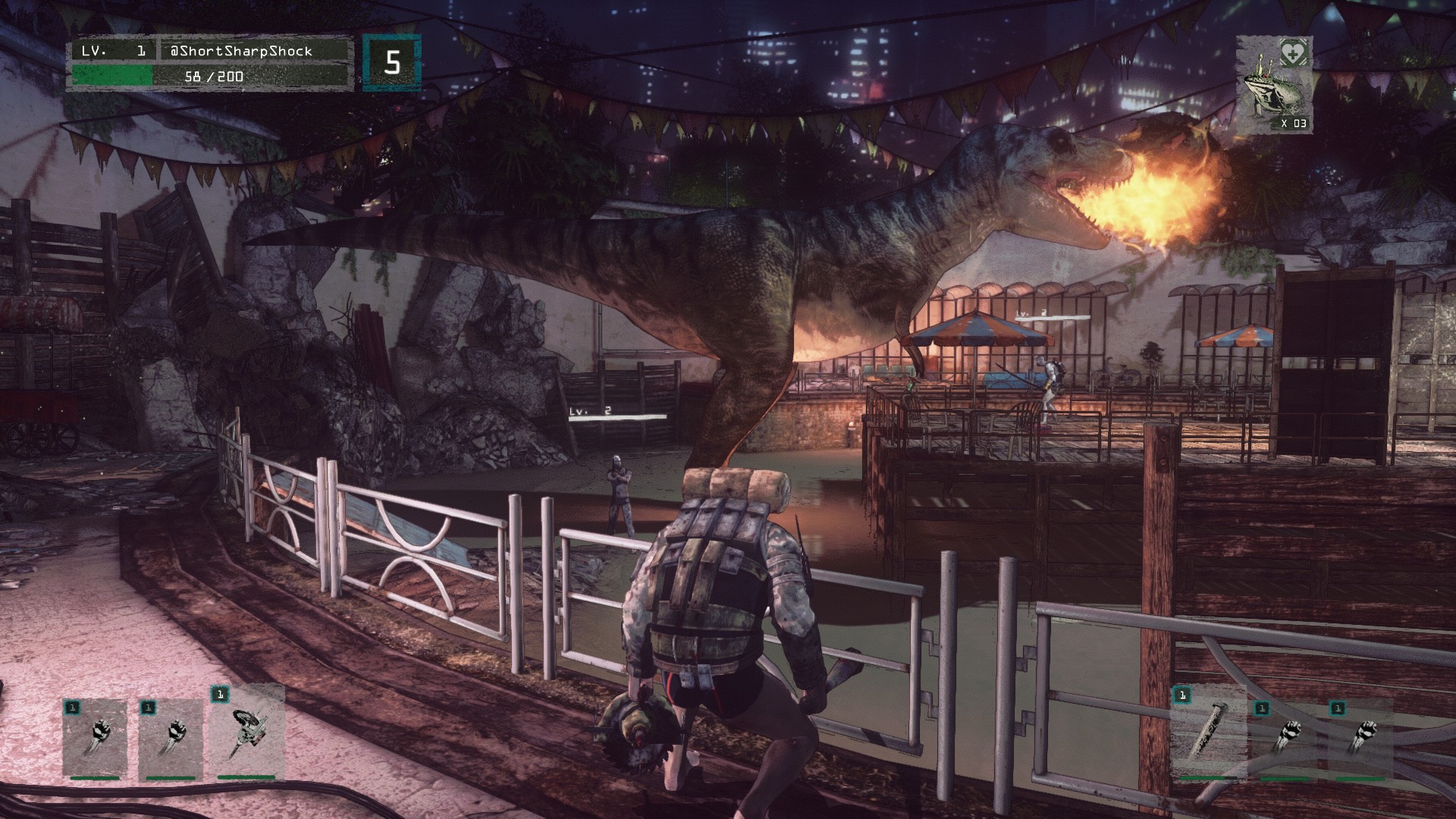 Sound director Akira Yamaoka of Let It Die must have felt the same way because there are approximately 100 different bands into the soundtrack. As one would expect from a game whose mascot is a fun loving grim reaper on a skateboard named Uncle Death, the soundtrack is dark and heavy, mostly featuring Japanese metal bands. So far I have been unable to find the complete soundtrack available for streaming, but there is a complete band list on the game’s website. There are a few video mixes on YouTube that showcase some of the featured talent. This particular sampling of songs features several tracks from Let It Die, with some of the stronger tracks belonging to Accidentally Encounter, Hexvoid,  and Her Name in Blood.

The ridiculously huge soundtrack for Let It Die is great for a few reasons. Granted, I am aware that the music may be a little extreme for a lot of people. Metal is not for everyone, but no other genre is a better fit. The overall feel of Let It Die is very dark but also humorous. Uncle Death seems like he would be a pretty cool dude to hang out with, and since his preferred means of conveyance is a skateboard and he wears some ridiculous eyewear. He’d be a great guy to grab a beer with, provided you can get past the fact his day job amounts to killing everyone. He also represents a dichotomy that exists in metal. Metal, particularly the stuff I like, deals with a lot of serious and dark subject matter. The persona that a lot of metalheads are perceived to have is one that is equally dark and serious, but looking past what is on the surface there is a lot of humor to be found in the world of metal. Most people that I met that play in metal bands are some of the biggest goofballs I have ever encountered. But getting back on track, death metal is the perfect accompaniment to fighting for your life inside the Tower of Barbs. 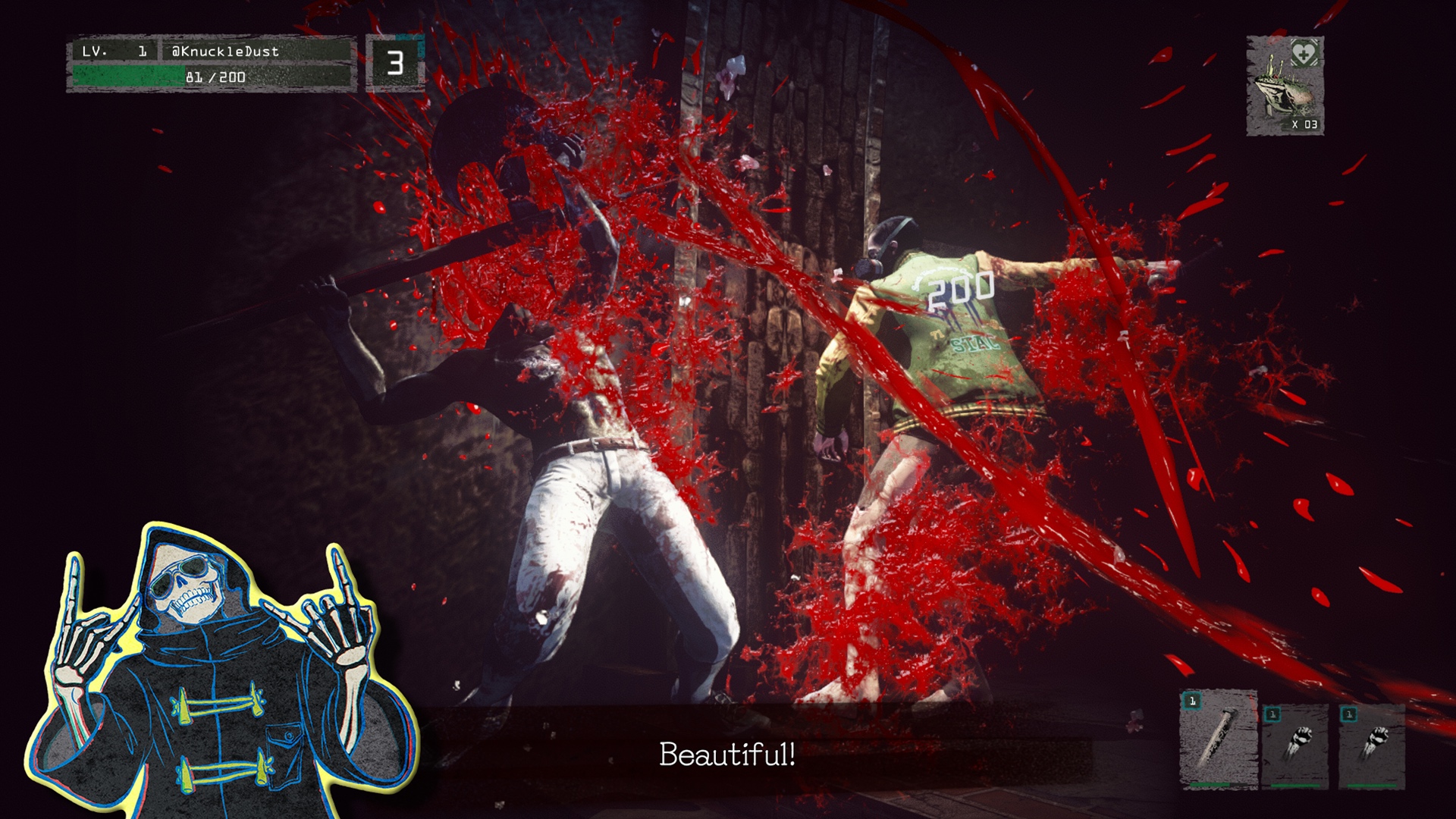 In addition to being the perfect choice of music to accompany the game, the soundtrack serves the same role those cheap comp CDs once did. Underground Japanese metal bands do not tour the States too often, and while bands like Malice Mizer, Dir en Grey, Ghost and Sigh are not unheard of in this country, finding Japanese metal at a place like FYE or Best Buy is probably not going to happen. I always love discovering new bands, and not only is Let It Die an enjoyable free to play hack and slash roguelike kind of thing, it also doubles as a 100 band music sampler. And like those cheap CDs I used to buy to discover new bands, I do not like every song in Let It Die, but there are a few bands the game introduced me to whose discography I wish to delve deeper into.