It is a rare occurrence these days where I can boot up the PlayStation 4 or Xbox One and not have at least one game on the hard drive needing an update. These patches address many various technical issues with the games, some of which salvage a nearly broken game while most have effects that are a tad less noticeable. Assassin’s Creed: The Ezio Collection recently received its version 1.02 update where the issue of a weird NPC face has been addressed. While I feel bad for the NPC that has been body shamed for his weird face, because after all no one can choose their face and it is his programmed dialog and behavior patterns that matter, it brings me some peace of mind to know that he will no longer have to live with the shame as being the man with the weird face. 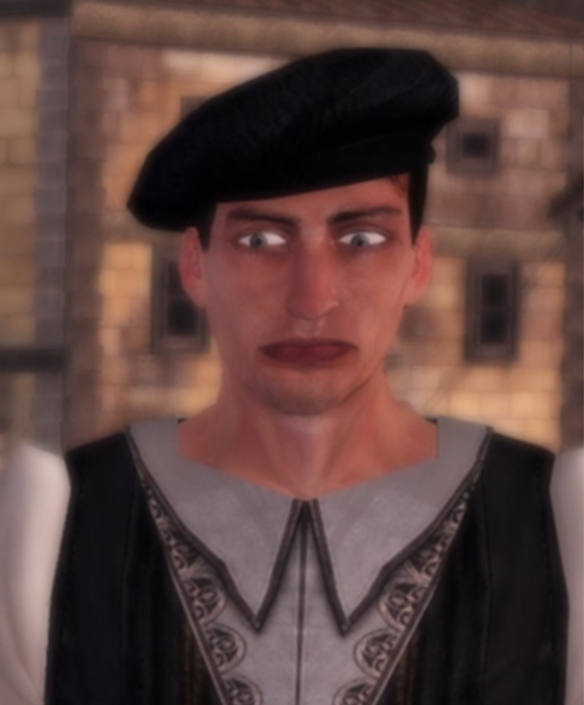 Farewell Weird NPC Face Man, your brief time with us brought us confusion and amusement, but now you are in a better face.