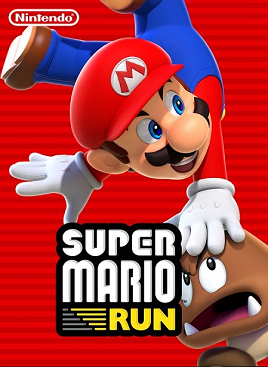 People have been bugging Nintendo to do this for years. “Release games for mobile,” they said. “It’ll be a laugh,” they said. In typical Nintendo fashion, they did after quite some time. So far, we’ve seen Miitomo, a free-to-play social networking…thing…whose appeal is lost on me. This Summer saw the release of Pokémon Go, a title that took the world like a tsunami, finally receding back to normal, but still decent numbers. Now we have the advent of Super Mario Run, a title that, unlike their other offerings, is an actual full game without any microtransactions. As a game tailor made for mobile, Nintendo has highlighted the fact that this game is to be played with one hand. This is a feature that does strike me as odd to mention, but far be it for me to mock anyone’s predilections. It seems that some people, to paraphrase Face/Off’s Castor Troy, could eat a Peach for hours.

Played in portrait mode on a mobile device, players take control of Mario and friends as they work to bite sized levels stylized from very familiar Mario elements. Players start off with the mustachioed pipefitter as the only playable character, but can unlock others through various means. Controls themselves are extremely simple; just slap an appendage against the screen to jump. Longer contact equates to longer jumps. Mario will move forward on his own. This limited input mechanism does feature in game workarounds to make it work. Small enemies, such as goombas, are automatically vaulted over, while tiny gaps (similar to those found in World 8-1 of Super Mario Bros.) are walked over without a thought. Tiny ledges are grappled, and hitting an edge will cause Mario to pull himself up.

While there is a simplicity in the input, there are tons of items in game that change things up. Even early on in the game, players will encounter pause blocks that stop Mario in his tracks. He will wait amiably until the player taps the screen (or time runs out.) Floor arrows will cause him to jump backwards, jump pads are there for extra air, and quite a bit more. There is enough here to lend the game a sense of variety to last it through the entire experience. 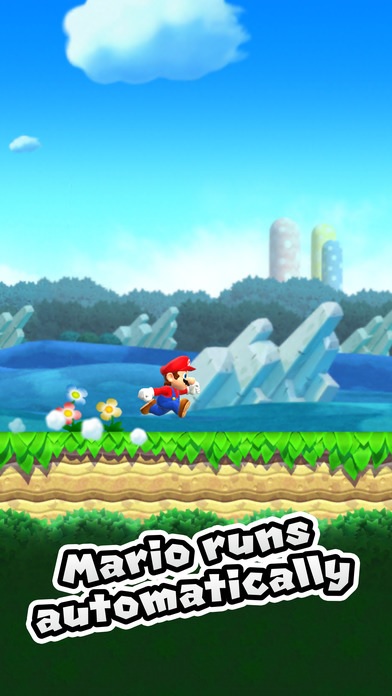 World Tour contains the meat of the game. This mode breaks down to six worlds with four levels a piece, totaling out to twenty four smallish stages total. Considering that the original Super Mario Bros had eight worlds with four levels a piece, and the levels here top out to about the same length as a stage from then, the paucity of content is noticeable. Admittedly, each stage comes with tiers of colored coins that become increasingly challenging to obtain, but this is only a bandage for the truncated content.

Fortunately, Toad Rally does add an element of replayability. These stages allows players to challenge ghosts uploaded by other players in a race to see who can get the most coins and impress the most toads. Toads show up and applaud as Mario does stylish things, such as jumping while in mid-vault, or snagging a challenge coin. This also builds up a meter to activate a Coin Rush, where blocks spit out more cash to pick up, leaving the opponent in the dust score wise. It’s a fun little diversion that is only hampered by the fact that access requires a ticket, found in the main campaign or player a time gated minigame. Even then, tickets come at enough of a clip that this hasn’t become a true issue yet. The concern of running out does remain as time goes on. The lack of challenge in this mode to be found in the early days is also noticeable, but it seems probable that this will pick up as time goes on and more accomplished runs make their way online. 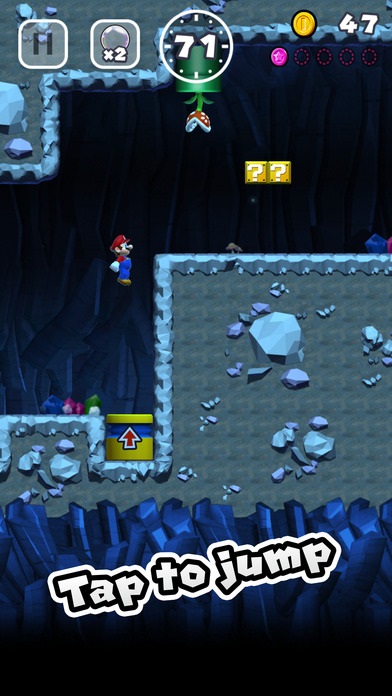 The toads impressed in Toad Rally and the normal coins found through play feed into the Kingdom Builder mode. Accomplishing certain challenges unlocks buildings and decorations to use in rebuilding the Mushroom Kingdom after it was razed to the ground. This is where minigames can be accessed. Beyond the minigames, though, this is only for people who can find a sense of agency from an extremely basic builder game. Still, it gave me a chance to purchase a favorite unlockable for decoration, one I call Golden Idol Mario. (“Worship a-me and I will protect your crops from swarms of ravenous koopas and soil nutrient stealing piranha plants! Woo-hoo.”)

When put in writing, it might seem that these added modes make up for the lack of content in World Tour. Unfortunately, this is entirely untrue. Much has been made of the always online requirement preventing players from being able to pass a long flight with this title. Again, the fact is that there is only about an hour’s worth of content in the World Tour mode before all that’s left to do is chase challenge coins. These same stages transfer over to Toad Rally, though they do loop around until the timer runs out, giving it the feel of a infinite runner with handcrafted levels. The Kingdom Builder doesn’t add much to the content. So, after World Tour is over, the game is something intended for short daily bursts, as opposed to being an addictive time waster.

Whether or not Super Mario Run is worth a purchase depends on the player. Anyone looking for a full length sidescroller for their mobile device will be sorely disappointed. This isn’t that and Nintendo never said it would be. On the other hand, ample respect must be given for skipping microtransactions and just selling the thing straight up for a reasonable price. They could have easily time gated lives, charged for coin boosts and other dastardly things that would have racked up the dough. This isn’t even to mention that the short length is packed with quality. Because of that, Super Mario Run is absolutely worth playing. Just don’t expect it to replace a 3DS for a good portable experience.