This month we’re really sticking with the casual corner and bringing you Eden: The Game. Now you’re probably wondering, “why is it called [whatever] the game?” That’s because it’s brought to you by the Channel 4 Television Corporation and is based off of some obscure reality TV show with the very same premise. What’s that premise? Well, it’s in the name. You’re in Eden and you’re starting life anew.

Usually when you hear about a game based off of anything you’re generally safe to never want to experience that thing. It’s not that Eden: The Game breaks that mold by any stretch of the imagination, but Channel 4 was smart and went a basic and cookie cutter route. They made a Sims clone and you can’t really mess that up. They also didn’t mess things up by bombarding it with ads for their show. Unless you’re a fan, pick up on the game’s title or do some random research, you won’t know the show exists; which is great. 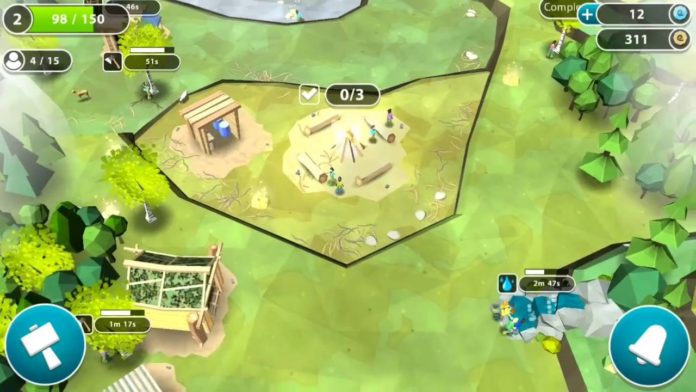 In Eden: The Game you start out with a motley crew of villagers, presumably based off of the show, and your objective is to start a civilization. The first few levels are the usual tutorial build a town center stuff and here are your objectives. After that you’re free to do whatever it is you like and go about forging your new world.

The surprising thing about Eden: The Game is that it actually plays well. As previously mentioned, they don’t go off and recreate the genre; they just make sure that what they do works and they accomplished that. That’s to say that navigating the game is straightforward and everything you need is easy to understand and press, meaning there aren’t any odd button presses.

Graphic-wise, the game is a pleasure to look at as well. Once again this takes the function over form approach, but everything in the game is detailed enough to tell exactly what it is. The style is different enough from most mobile games while still being incredibly simple. You get away from the overly cartoonish figures. 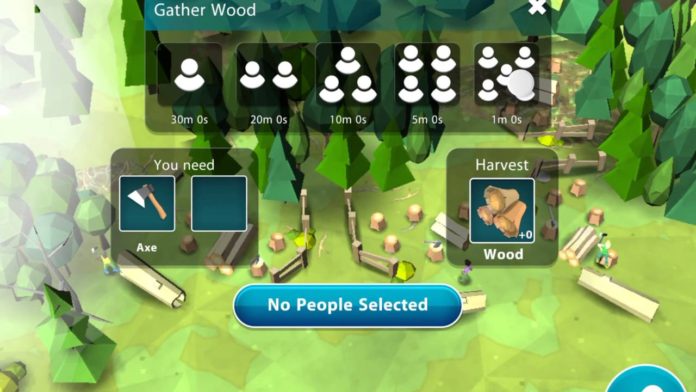 Here’s, oddly enough, the incredible drawback of the game. Farming resources is pretty much all you do besides using them to build things. Other than that, there’s nothing more to do here; it’s incredibly casual. Nothing comes to attack your village and the only thing to deter your progress are thunderstorms that cause structural damage. To fix that you just tap and move on collecting more resources and clearing land.

That sums it up for Eden: The Game. Nothing to detract from any progress you make in the game, so if Sims clones are your thing, feel free to veg out all you want. Like in other games of the mobile genre, you do have to deal with the whole limited moves thing. It’s basically energy and can take a while to reload. Other than that you wait, wait some more, and then tap away.

If you’re interested in Eden: The Game, you can download it here for Android and here for iOS.