The mobile market is mess. Every day, hundreds of games are released to the iOS and Android storefronts with little to no content quality management. Games are thrown up all the time that feature stolen assets that are shameless in their brazen stealing of intellectual property. This doesn’t even speak to the fact that the toxic race-to-the-bottom has made any decent idea incapable of making a profit without adopting the terrible free-to-play, nickle-and-diming components that mobile gamers have grown accustomed to. Sure Apple has a storefront which tries to highlight a few mobile gems, but when they pollute the waters with thousands of game that are complete trash every week, it’s no wonder why a lot of these games fail to reach an audience.

This is why I don’t, with rare exception, play mobile games. I only have a finite amount of time to spend playing games and I would rather spend my free time with something that someone put some effort into. I might not like every marquee title from a big publisher, but at least I feel like I’m spending my time with something someone put some care into and not some match-three clone with knockoff Nintendo characters.

The cruel joke is that there are a lot of games on mobile that I probably would enjoy. Monument Valley is a fantastic puzzler who’s beautiful art and interesting characters put the strengths of the mobile platform on display. I only heard about Monument Valley because of the game of the year hype that it received last year and I only played it because of a silly product placement scene from Kevin Spacey in House of Cards. That is what it took for me to play a mobile game. I consider myself a hardcore gamer and media buzz alone couldn’t make me try it. Frank Underwood himself had to tell me to give it a chance. The problem is Frank Underwood isn’t here all the time to tell me which mobile games I should and shouldn’t try. 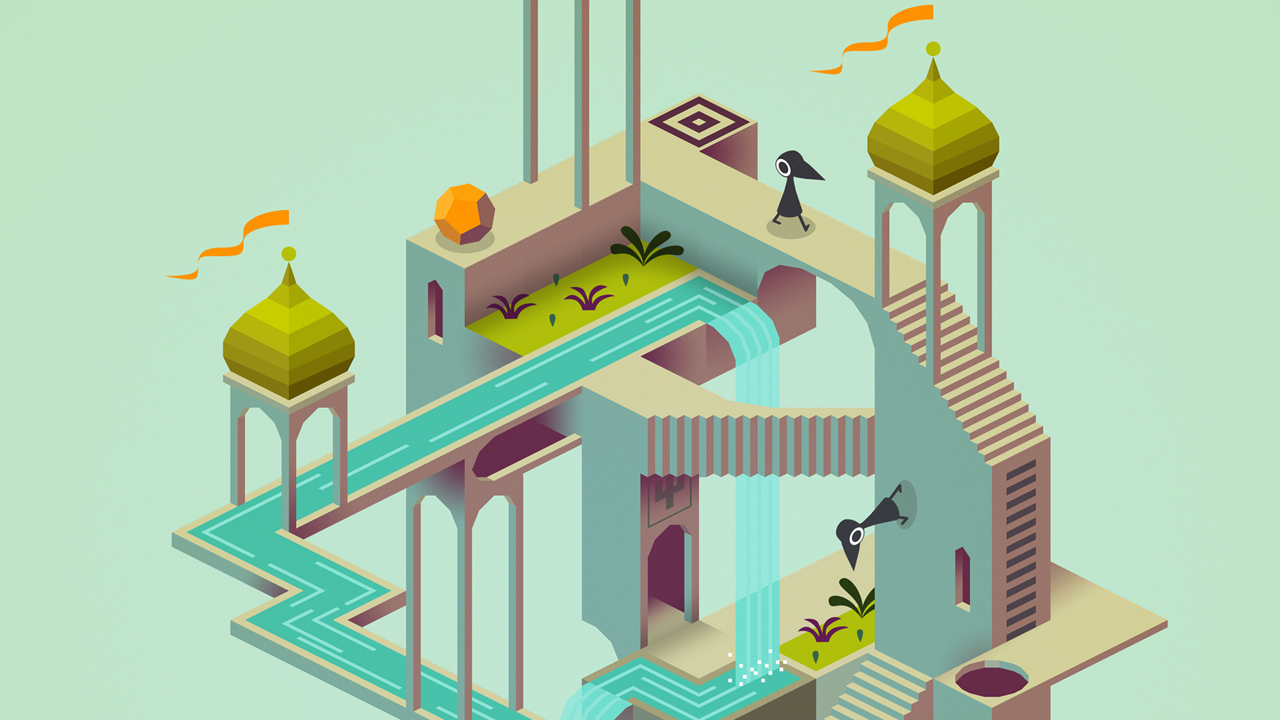 Last week Lara Croft GO was released on PlayStation 4, the latest in a long line of critically acclaimed and celebrated mobile ports of the GO series, and the second of which has been brought over to the console storefront from publisher Square Enix. Hitman GO, which came out in 2014, also came over to the PS4 and Vita last year, and while these aren’t earth-shattering experiences, they fuse popular franchises with Square Enix Montreal’s acute puzzle making sensibilities for a combination that is an engaging and mildly-challenging experience. If these games never made their way over onto the PS4, however, I simply would’ve probably never heard about them under the deluge of mobile trash. So what’s the way to get console gamers who aren’t engaged with the mobile market to take notice of these games? Square seems to have there answer: port them over.

Every week I check out the “Featured” section on the PlayStation Store and while there’s a lack of quality control that goes into that storefront, I’m usually able to narrow it down to the dozen or so games that come out every month and check out some trailers to see what’s for me. It’s easy, fluid and a lot less complicated than the nonsense that goes into the app store’s search feature. So when Lara Croft GO, Hitman GO and hopefully when Deus Ex GO comes to the platform, they won’t be buried under a million apps who’s header is a screaming guy with a helmet on.

Just last month Letter Quest Remastered came out on PlayStation Plus, a nifty little game with a cute aesthetic with a main mechanic revolving around spelling. I downloaded it for free, tried it out on my Vita and low and behold a game that came out a few years ago grabbed me in a way that would’ve never happened if it had been stranded on its original platform. 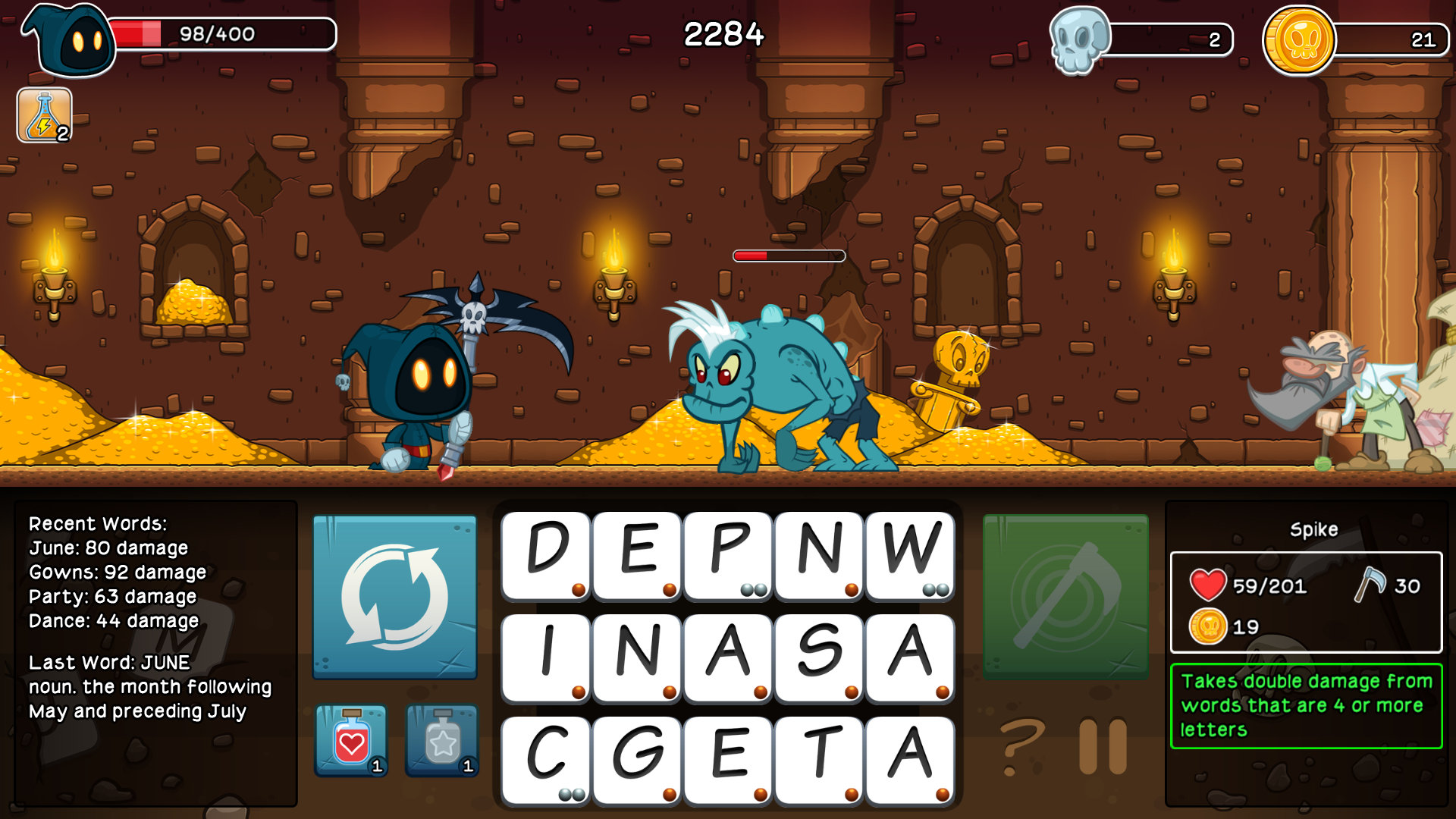 What I’m saying isn’t as simple as “wait until something comes to the platform of your choice,” it’s more of a robust question for developers about the value of their games. The mobile market has for years drug itself down into the mud with release after release of clones and free-to-play garbage and thus, by association, putting a stigma on everything that touches it. This is especially true in the eyes of more traditional console gamers. So when mobile games finally make there way over to Xbox or PlayStation, it feels like they’ve passed some kind of test in a way. They built enough of a fanbase or some publisher saw enough in them to warrant bringing them over to an platform that respects itself enough to not let its players be subjugated to truckloads of nonsense apps every week. A mobile game coming over to the console space is more than just a regular old port: it’s an affirmation that the developer and the team behind it made something worth giving a damn about.