Street Fighter V did not get off to the best start when it launched earlier this year, with the more common complaints centering on network issues and the overall unfinished feel it had during its initial release. A cinematic story mode wasn’t included until several months after release, which could be completed in under four hours with a story that could be described as a convoluted mess, and a traditional arcade mode is still oddly absent. As valid as these complaints are, it cannot be denied the actual game play of Street Fighter V is great and lives up to the reputation of the franchise that began with Street Fighter II back in Mesozoic Era. Breaking Street Fighter tradition, Capcom elected to continually update the latest installment through DLC and patches instead of a series of annual releases in the vein of Super Street Fighter V, Super Duper Street Fighter V, Super Duper Uber Mega Awesome Street Fighter V Turbo Edition and so on. The Character Pass 2017 brings some updates to the game and six additional characters, five of which will be gradually released throughout with fan favorite Akuma available immediately.

Akuma made his debut in Super Street Fighter II Turbo as a hidden boss, and since then has become a regular fixture in Street Fighter games and their crossovers, such as Marvel vs. Capcom. Translated from Japanese, Akuma equates to devil or demon, and his demonic nature is played up in Street Fighter V. His move set is a slightly modified version of Ryu and Ken, and his personality has some parallels to Ryu, though saying he is just a demonic version of Ryu would be an oversimplification. Akuma loves testing his might against powerful opponents, but he carries no desire to possess any humanity as he is perfectly content with his demonic nature. Like Ryu, Akuma carries the Satsui no Hado, a dark form of energy that can grant the user great power but at the cost of their humanity. While Ryu struggles to keep Satsui no Hado in check to prevent the transformation into an evil version of himself, Akuma uses this dark energy to give him immense power in combat, and in doing so has no shred of humanity left within. Akum’s appearance in Street Fighter V is recognizable to his earlier incarnations except he grew his hair out and left it looking wild and untamed, almost giving his appearance a feral quality when paired with his demonic eyes. 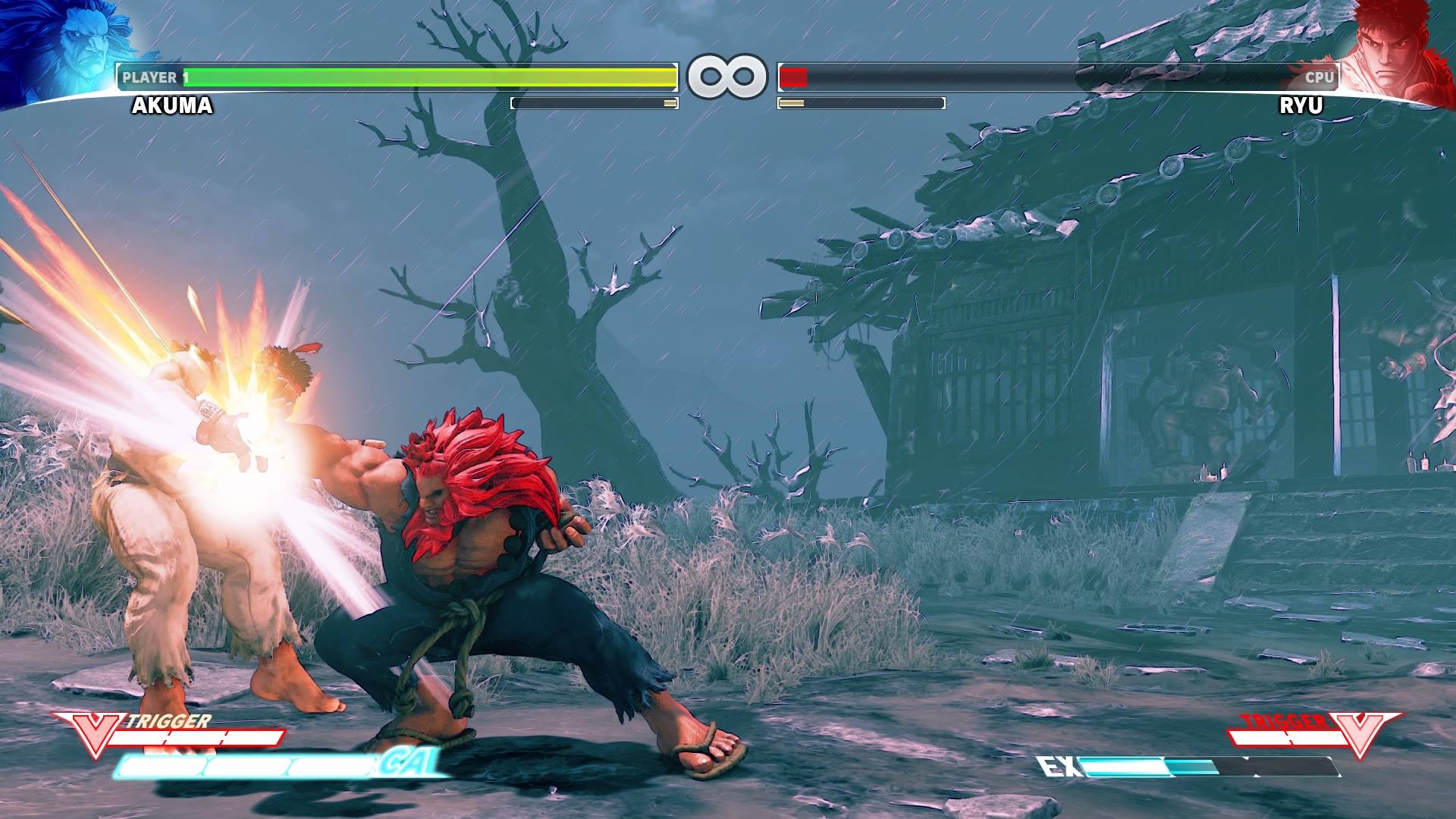 The following paragraph may be considered a spoiler, though the individual stories for each character in Street Fighter V are extremely short and not exactly full of nuanced symbolism and unexpected plot twist. Akuma’s story, like the other character stories, seem more like brief introductions to a greater story that never actually gets told. Players are given a window in Akuma’s personality and background, but again it is very brief and doesn’t explain too terribly much. There are only two opponents in Akuma’s story, Necalli and Ryu, though two to three opponents interspersed between comic book style cutscenes is par for the course with the character stories. The story mode was never the highlight of Street Fighter V, that would be the actual fighting against other players and Akuma delivers in this area. With his special moves and combos being very similar to Ryu and Ken’s, Akuma is very easy for veteran players to get acclimated to, but different enough to feel like a welcome addition to the roster of fighters. Akuma’s overall style makes him one of the more enjoyable fighters to control and a great way to kick off the next group of new challengers.

In addition to Akuma being available for purchase, some other changes came to Street Fighter V with the December 20 update. The first is the ability to have control over music during the fight. Some characters and stages simply have better theme music than others, and this feature allows players to swap out the default music to something more to their liking. The next major change has to do with the further shaming of players who habitually disconnect from online matches to avoid incurring a loss on their record aka rage quitters. Stiffer penalties are being implemented for those who can’t stick out a losing battle, including LP reductions and match making restrictions. Upping the ante further, those who are habitual rage quitters will have an icon displayed on their fighter profile like a scarlet letter of shame, while those who never disconnect will have an icon in their profile indicating their virtuous non rage quitting ways. The intent of these icons is so players can more easily be matched with others who share similar play styles. What frequent disconnect means exactly is not spelled out in numbers, but if someone disconnects from an online match on rare occasion due to network hiccups that shouldn’t warrant the player getting marked. Lastly, many changes were made to character moves to make the game more balanced. 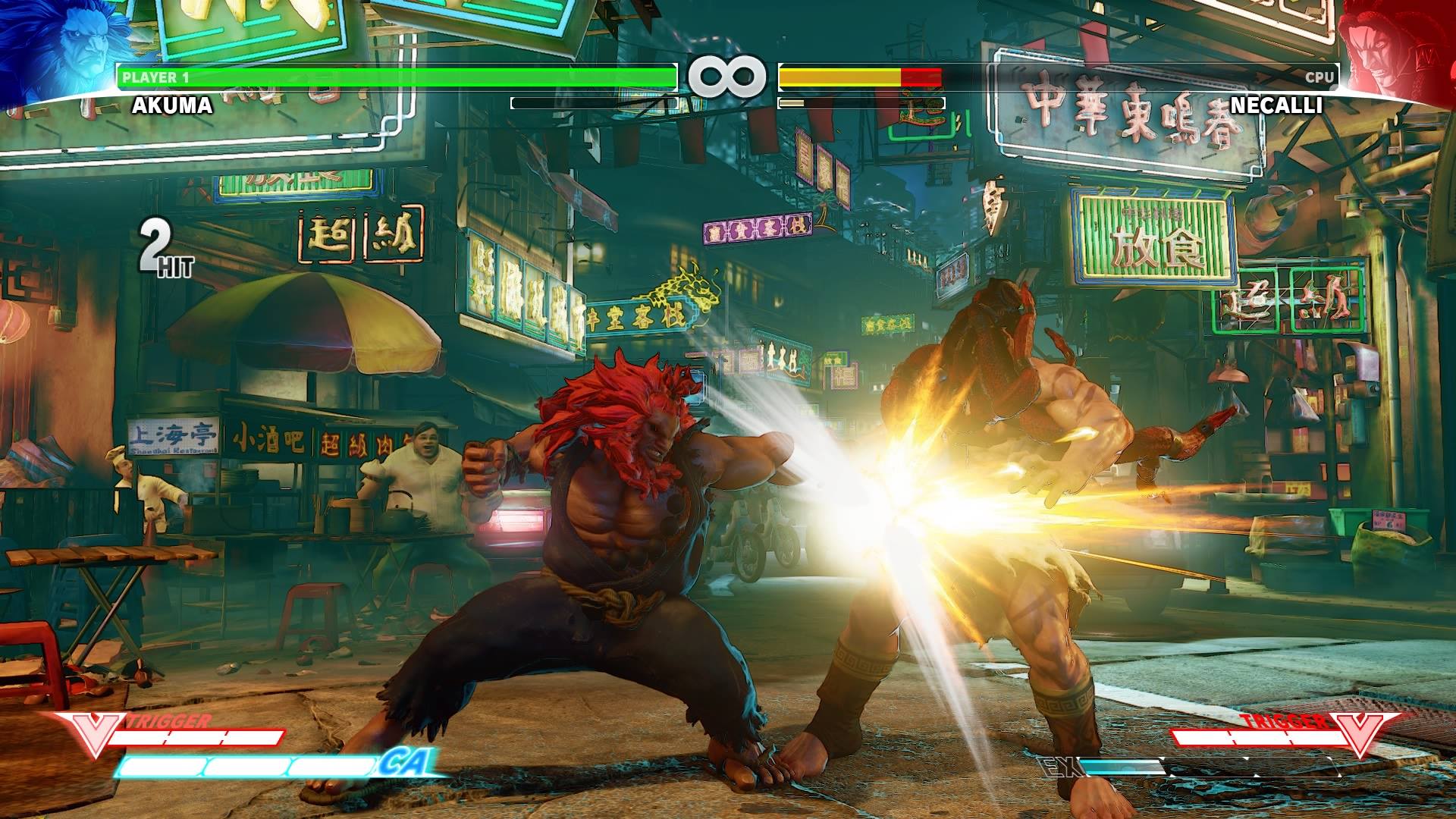