Kariana has a few favorite games. Namely, the ones that have helped shape what she honestly believes to be a great addition to the digital storytelling world. She’s a huge fan of Pokemon, like most, and is fond of RPGs like the Dark Souls series or Elder Scrolls. While those are all great additions to the ever changing list of ‘Games that Have Changed Me’, neither of those sit at the number one spot for her. Overwatch could only be delicately described as what she considers the Star Wars of video games, the single greatest thing to have ever brushed across her thumbpads. The game means a whole deal to her.

I never really understood why, frankly. I didn’t really take to the idea of playing matches for hours and doing the same thing in the same arenas over and over again. I know that there’s more to the game than that, but that’s all I can gather; regardless, she loves it. Every night after work, she’d call me on my phone (she has a weird thing for not using the PS4 chat) and ask me to play with her. The day before yesterday, the group chat flared up with requests to play the game because the new holiday skins were available. I got on, really because I knew all of our other friends would be there, and let them choose what kind of matches we would be playing.

Even if we weren’t with our friends, she would play for hours on her days off and simply raise her level and perfect her technique with different characters. It’s something I didn’t and still cannot fathom to this day. So, the first thing that appears on our screens is the option to open up a complimentary holiday loot box. When I open mine, one of the first things I see is the holiday Tracer skin, the ‘Jingle’ one, and she goes nuts.

Kariana: That was the one that I wanted!

You could hear her frantically pressing buttons on her end. 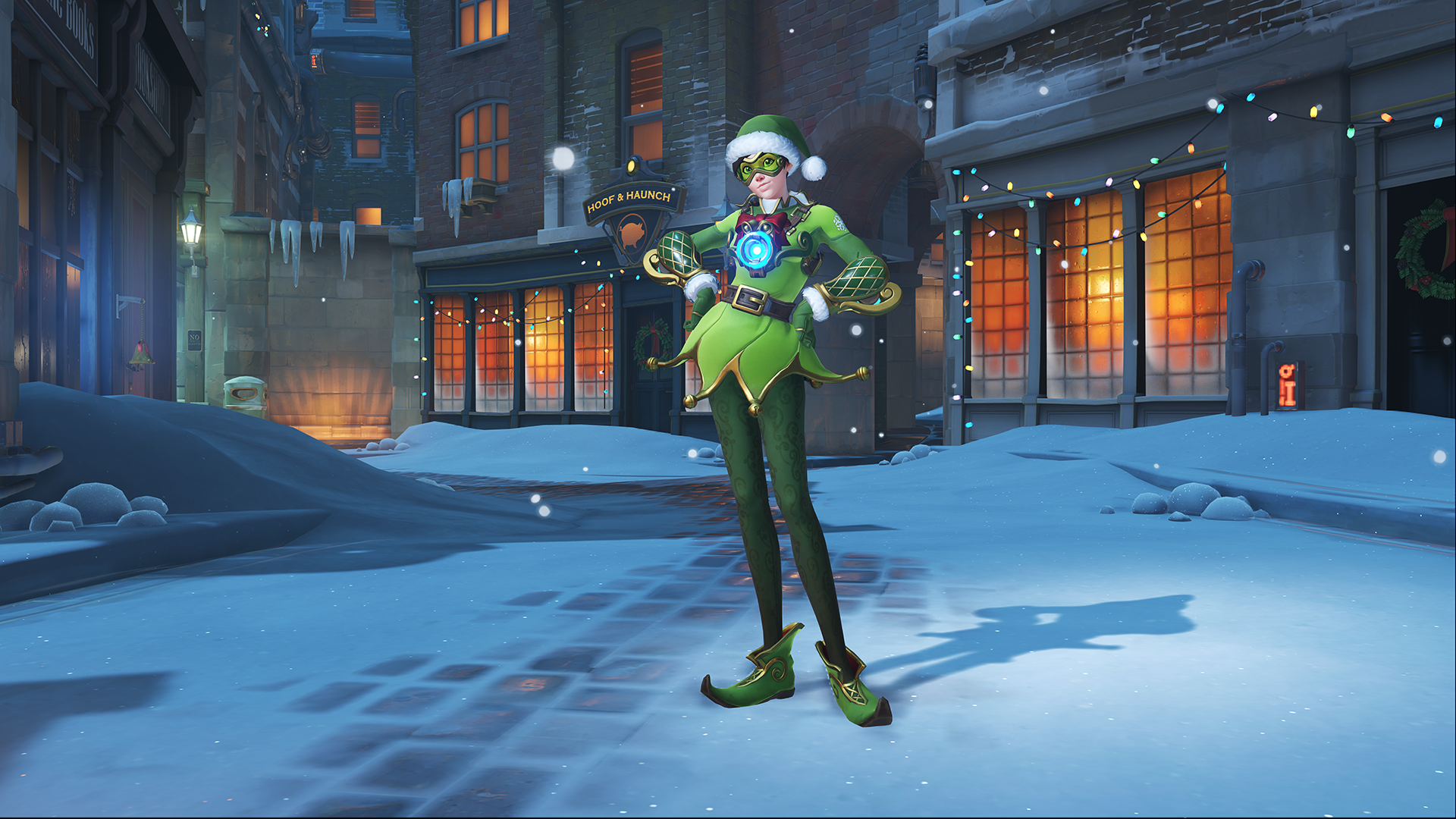 Having as many skins as possible is so important to Kariana that she played through fifteen matches of Heroes of the Storm just to get the ‘Oni’ skin for Genji; a character she doesn’t use. Heroes of the Storm isn’t a bad game, really, but those matches were grueling and I cheered her on as I weighed whether or not I should do the same with my profile, (nope, those matches are way too long). Right now, she’s freaking out about not having enough time to go and play the game just to get the skins that she wants. The new holiday skins are incredible, so I can see why, but she’s really tearing her hair out and considering just spending the money on loot boxes.

Kariana: If I buy them, I won’t have to worry about missing out on a skin.

Me: Stop freaking out, let’s just keep playing and earn the boxes. Don’t spend your money.

Kariana: But Natalie, I can’t play this and watch Hulu at the same time!

She was legitimately upset.

But regardless of this bickering, the game brings the two of us together in stimulated conversation about something we enjoy doing, playing games together. The game gives us a chance to talk to each other and release stress after a long day, so the minute arguing is always worth it. So, while most people wont relate to my little anecdote, I guarantee that you’ll enjoy playing Overwatch with your significant other anyway.

The pressure of winning doesn’t feel as bad when you’re losing together with your girlfriend.