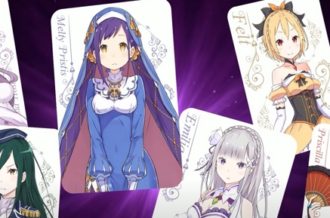 As Nintendo builds up for a massive console-focused release next year, their mobile domination this year continues as the company has announced huge numbers and a new mode for their first developed phone game, Super Mario Run.

Less than a week after release, Super Mario Run has already pulled in a significant number of downloads for the iOS title. In a press release put out today, Nintendo has revealed that the app has been downloaded over 40 million times worldwide in the first four days of its release, making it the fastest-downloaded title ever on the Apple App Store. Building upon Pokémon Go’s success as the most-downloaded iOS game during its first week, Nintendo’s long-overdue arrival on mobile platforms has certainly started off strong.

Additionally, Nintendo has added a “Friendly Runs” mode to Super Mario Run, allowing players to compete in a mode similar to Toad Rally, but without requiring any tickets or producing any rewards. While the ticket-less aspect of the mode is certainly welcoming, there are still daily limits to Friendly Runs, depending on how much of the Worlds the player has completed.

Super Mario Run’s first three levels are currently available on iOS for free, with the full version available for $10 and an Android release slated for next year. For more on Super Mario Run, check out Hardcore Gamer’s review of the title, which praises the amount of quality that is packed into its short length.