Dark is perhaps one of the most non-absolute themes or points of terminology in any creative medium. With music it poses a particularly challenging dilemma: how exactly one goes in representing the so-called dark, let alone choosing a particular musical direction in the first place. There are an abundance of semantics and sub-themes the concept of dark encompasses. Dark could refer to absence, negativity, depth, nothingness — no matter how abstract — even chocolate (80% cocoa dark specifically…om nom nom). Dark is an interesting subject matter; it’s only recently in the World of electronic music, if you’ll spare me personal indulgence, that young producers have treated it as orderly chaos, emotional tinge or both. That dark can be about a particular thing as it can a certain state of mind: a void of intriguing nothingness as much a depressing blanket for lonely, modern, city life. As spectral light may be, dark can also be a sonic treasure trove that can be flung in numerous directions.

Dark in relation to a World all-but-absent of light, on the brink of being lost forever, specifically has seldom been used as a premise for a game. Near-apocalypse sure, a World on the brink definitely, but a concept as surreal as a World that’s lost its sun…yet that’s exactly what OneShot focuses on. Team OneShot’s self-titled project, a lone character stumbling into a World perpetually under the blanket of night on a quest to bring light back to this gloomy, cold and often deprived domain. Composers Casey Gu (under the moniker of Nightmargin) & Mathew Velasquez could have easily followed the populist approach in treating dark as this ominously brooding and menacing entity, but instead take to this game’s soundtrack with a bit less (though not entirely ignoring) malice. Not to mention a bit more restraint with the orchestral instrumentation. A lot more in fact. 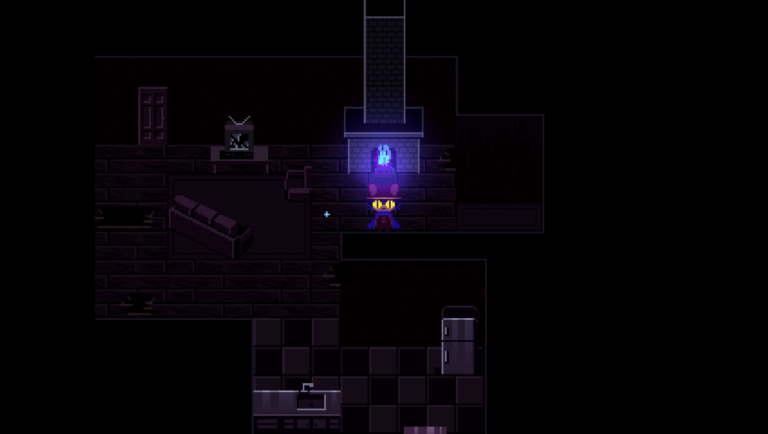 For the most part, OneShot’s soundtrack is subtle as it is delicate with its largely electronic-tinged variety of ambience, drone, minimalism and occasional delivery of a melody or two. As a game experience, it’s full of deliberate obscuring’s of the World. Be it scattered notes, idle robots without power, buildings partially still functioning to an extent, like a lot of games set amidst a strange and/or desolate World, the player as much the player-character – despite the subtle guidance — isn’t given much to go on and as a result the music, like the game World, isn’t structurally dense. Instead, a lot of the score’s weight can be put down to its compensation with reverb and echo – a common trait with general music production – to help “color in” the notation on show. While it may feel at points like a mere add-on or substitution to what may be a simple plot of notes on loop, there are occasions where this distant and weightlessness to the sound actually benefits the scenario on show.

The very opening of the game — awakening in a strange house at night, no power, no light, nothing – has this acutely minimal drone with a water drop-like sound adding to the immediate eeriness of the setting. And like a lot of locales that soon follow, OneShot’s intentional, perhaps fronted, distortion – yet still providing melody alongside (be it piano or strings alike) — manages to strike that balance between a World former and a World now. Of a former perhaps brighter scenario and its current, wintry, darker (if not totally silenced) state. Is it not fitting and perhaps coincidental that the game actually starts in a wintry location and only gets figuratively (as much visually and sonically) “warmer” as matters progress? Winter, or more generally “cold” in video games, has so often been (past any supposed festivity or obvious Christmas leanings) a source for mystery as much an unshakeable discomfort with the environment. 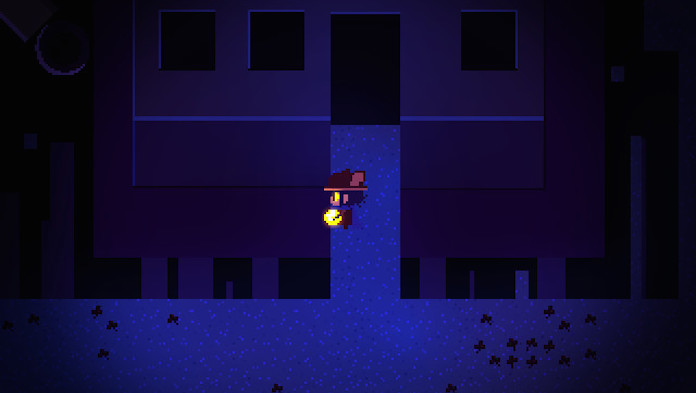 There is of course an underpinning isolation and emptiness in the soundtrack throughout. Yet like a lot of great ambient records, a desire to maximize the most minimal of melodies into a grander hard-hitting sound, is what underscores OneShot’s musical direction. Especially when the narrative and indeed the context of a situation changes and the music shifts to meet that emotional demand. There are points in the game, as indeed the soundtrack, where things take an [even more] darker turn of events. Musically speaking, melody seems to take a back-seat towards the closing parts with the soundtrack’s ambient leanings becoming more foreboding as if to suggest that what’s to be…won’t exactly stand as a “happy” ending of sorts. Yet OneShot never truly descends into this suggested inevitability and while the gradual increase in drone and of reconfiguring previous tracks into some alternative perspective does begin to materialise, the soundtrack cleverly keeps things ambiguous with its end agenda.

Not that ambient music is necessarily built to reach an end goal or integrally structured on some strict objective. The very aforementioned music played during the game’s opening doesn’t exactly head in any particular direction. Rather it’s the static yet enshrouding air to its tone that makes it work. Both as an introductory piece as well as a track that eventually returns as this slightly disfigured (if still reverberating) variation – certain sounds, though technically brighter and more vibrant, not exactly “happier” or somber in expression as a result. It’s a trick definitely not unique to this one soundtrack — and admittedly, a technique that’s been practiced on plenty of occasions with a whole host of similarly RPG-lite games — but the stand-out aspect, like a lot of the music, centres more on its use of space and minimalism to drive home the very nature (or lack thereof) of OneShot’s near-devoid World. 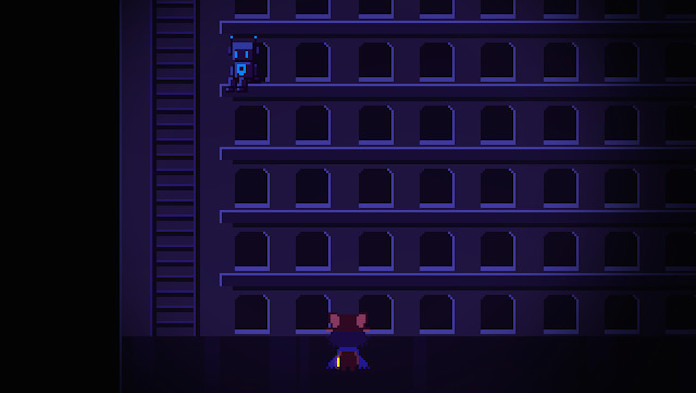 Perhaps this is why OneShot’s music was an interesting journey to make. Or perhaps I had another game I wanted to dissect musically, but was already taken (and already covered in just-as-extensively a fashion I’ll admit). Video game soundtracks often want to be bold in their brilliance. Challenging, dynamic, at times direct — sometimes a little left-field at points, which isn’t a bad thing. But for a genre with such a low commercial and listener base (at least lower than other genres such as classical music or rock music), it’s pleasing to see the broad spectrum that is ambient music being used to explore one particular shade of the dark. But rather than malice or malevolence, OneShot’s score treats its World without light with respect, but with an unsettling air of mystery throughout.