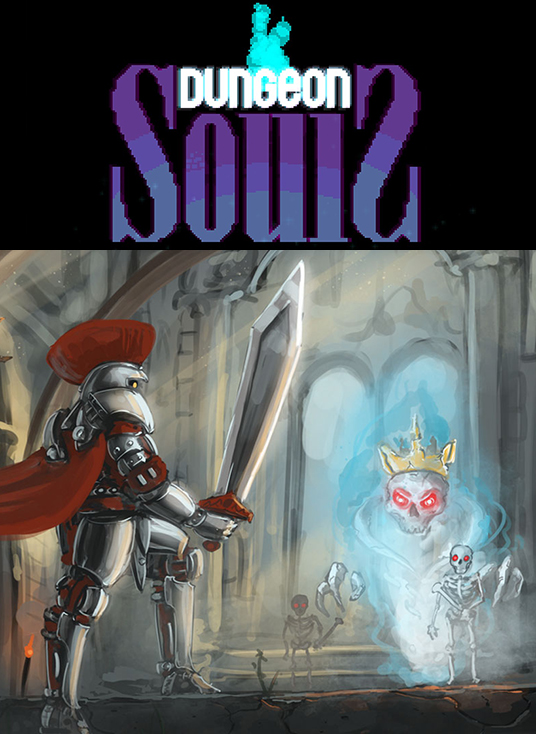 The dungeons are filled with monsters and treasure, which is just how a dungeon should be. Every room is a challenge and every encounter a chance to be a little bit closer to death, but the heroes of Dungeon Souls have been dead for a while, so it’s not unfamiliar territory. The worst thing that happens is they pick themselves up after a quick resurrection, invest some unspent gold from the last run into a permanent stat upgrade or two, then try again. It doesn’t seem like the afterlife they expected, but with a little effort and a load of monster-smashing, maybe they won’t be stuck in the dungeon forever.

Dungeon Souls is an action roguelike where a number of heroes from a wide variety of classes are dead and trapped, but every once in a while they fight their way back to life in order to take on the labyrinth that holds them. The initial four characters are a fighter, archer, thief, and mage, each of which comes with a basic attack and the possibility of adding two more exclusive to the character. Fight long enough and you can open up another six characters, making ten total, and while the basic attacks can be broken up between shooters and swingers hitters, the other abilities give each hero a unique fighting style. The Archer’s multi-shot is great for direct ranged damage against a group, but you can’t go wrong summoning a small horde of skeletons to fight for you as the Necromancer.

No matter which character you choose, each run starts in a fairly standard dungeon-type dungeon, about as dungeon-y as a dungeon can get. Stone walls and floor, monsters popping in to say Hi and take an affectionate bite from your face, and a random layout to explore. You start roughly in the center and fight your way to magic circles, up to five per floor, activating the runes and summoning a ring of monsters ready to express their displeasure at you not having done that. Activate all the rune circles and the exit gate opens up back where you started, but a countdown timer also kicks in for an unbeatable enemy called the Redeemer. Move quick and don’t worry about farming the level for experience and he’s not a problem, but lag too long after the last rune circle and the Redeemer is a serious threat more than capable of turning a good run into a dead one. 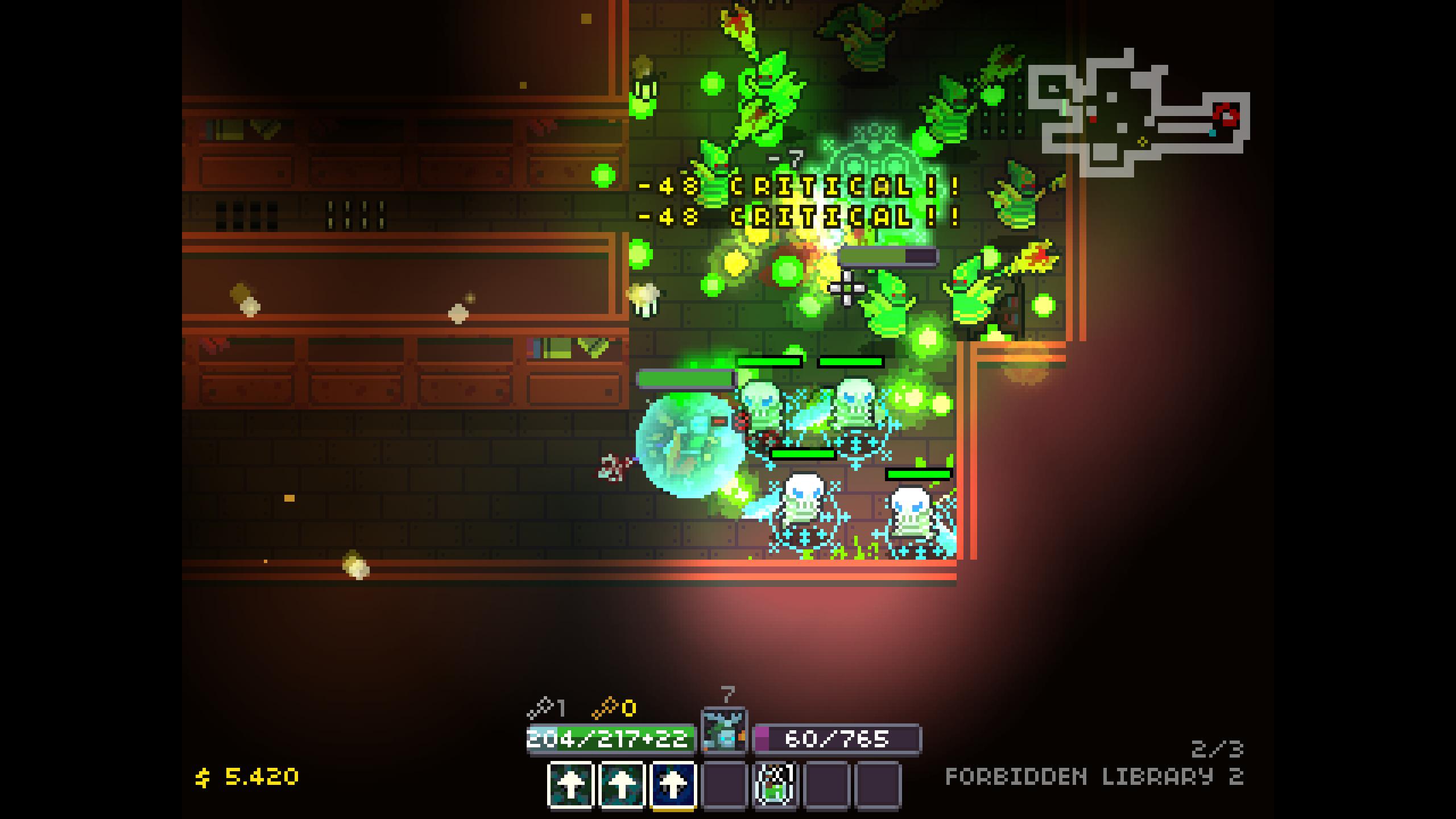 Before opening a single rune circle on the first floor, though, you’ll want to make a choice. The basic attack is ready at the start but you’ll need to decide which of the other two abilities you’ll want to use. You only get a single skill point to sink into the abilities awarded every few levels, plus a freebie at the start, and the right skill can clear out a roomful of monsters in seconds. It’s a good idea to match the ability to your own play-style, though, because a sneaky thief who’s can go invisible (and intangible) plays very differently from one with a bomb. While you can eventually buy both skills it would be at the expense of making a preferred technique more powerful, which for higher-level play is a terrible plan but for just poking around and learning the character is definitely worth the purchase.

Once you know who you want to be and how you want them to play it’s time to start killing as many monsters as you can, which will be a lot. Whether melee or ranged, each character is more than capable of getting through that first set of dungeons. Each floor has a chest with an item inside, increasing stats or adding a passive ability, and there’s also a shop where you can spend dropped gold on one of three items. Each section of the dungeon has two floors and a boss fight to get through, and by the time you get to the first one you should have a several levels under your belt and some nice enhancements as well. And then, most likely, that first boss kills you dead, leading to one of Dungeon Souls‘s biggest issues that still waiting to be patched. 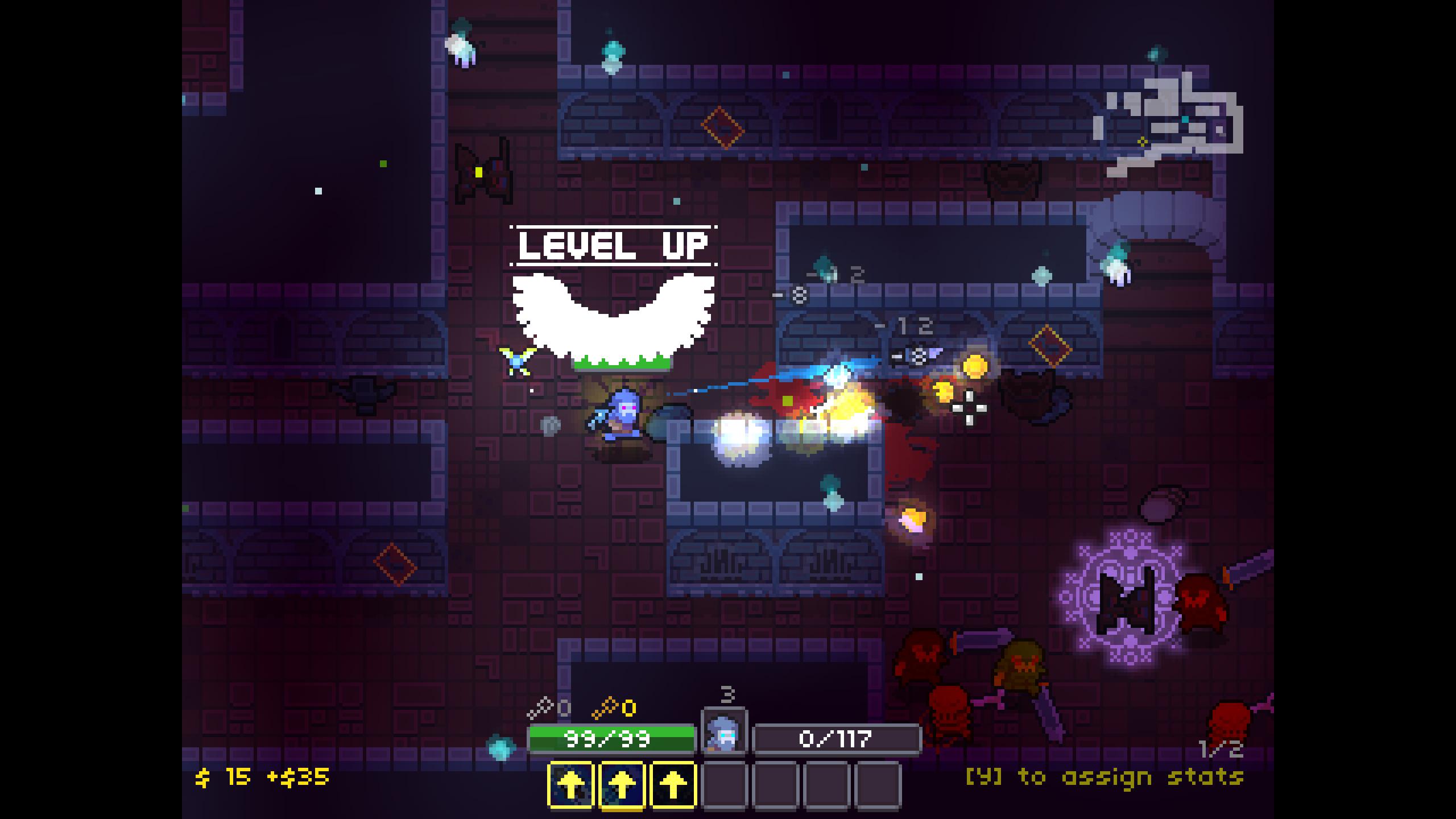 Most games have a learning curve but that’s why we’ve got tutorials. Dungeon Souls teaches you what the buttons do, does a quick walk through skills and their cooldown times, and sets you free without anywhere near enough information to survive. It’s not helped that the primary progression feature is bugged, so even if you notice it you might not be able to do anything. On the character select screen there’s a button reading “Passives”, off to the bottom and easily missed among all the other information on the screen. Select it and you can see a three by three grid of skills but, if you’re using a controller, can’t do a thing with them. As it turns out this is how you get farther in the game, by spending the leftover gold from a run on getting stronger, faster, and more hit-pointy-er. If you don’t go to the front menu, hit Options, turn off controller support, head back into character select, re-access the menu, buy the upgrades, and finally head back to the front menu and re-enable controller support in Options, you’re not getting very far. The reason this issue is getting a full paragraph is that I almost didn’t review Dungeon Souls due to it seeming completely broken, with a difficulty spike that made no sense based on my previous experience with it in Early Access. As it turns out the difficulty curve is just fine, the sense of progression nicely tuned, and if you know about the workaround there’s a great action dungeon-crawl in here rather than the steaming bucket of obnoxious frustration it initially appeared.

Now that I’m in, however, I’m impressed with the Dungeon Souls rabbit hole goes. As is standard for the genre, a big part of the game isn’t so much progressing but rather learning how to progress. The Thief is incredibly annoying to use until you realize that the first stat point you get on level-up (different from skill points in that they appear every level and only apply to stats rather than abilities) is best spent on accuracy, turning his dagger throw from going in the general direction of the thing you hope to hit to being actually useful. Learning to choose carefully from the single item the shop lets you buy, that the Attack stat is specifically for physical hitting of things and doesn’t do much good if your character throws fireballs, and that exploding gelatinous cubes are incredibly dangerous all come in handy as you learn by experience. Secrets involve finding that ranking up the character’s star rating grants some nice bonuses, or that there are hidden dungeon levels that might earn a crafting recipe for new weapons. Even what would be late-game content is still just a start, seeing as the dungeon loops around more deadly than before on completion, and there’s a Nightmare difficulty designed for when maxed-out characters could play forever with no challenge on Normal. Once you learn what the game wants you to know, it’s a fantastically deep and energetic run through the depths of a brutal abyss that just wants you dead again and is willing to throw any number of monsters and bosses at you to put you back in your grave. 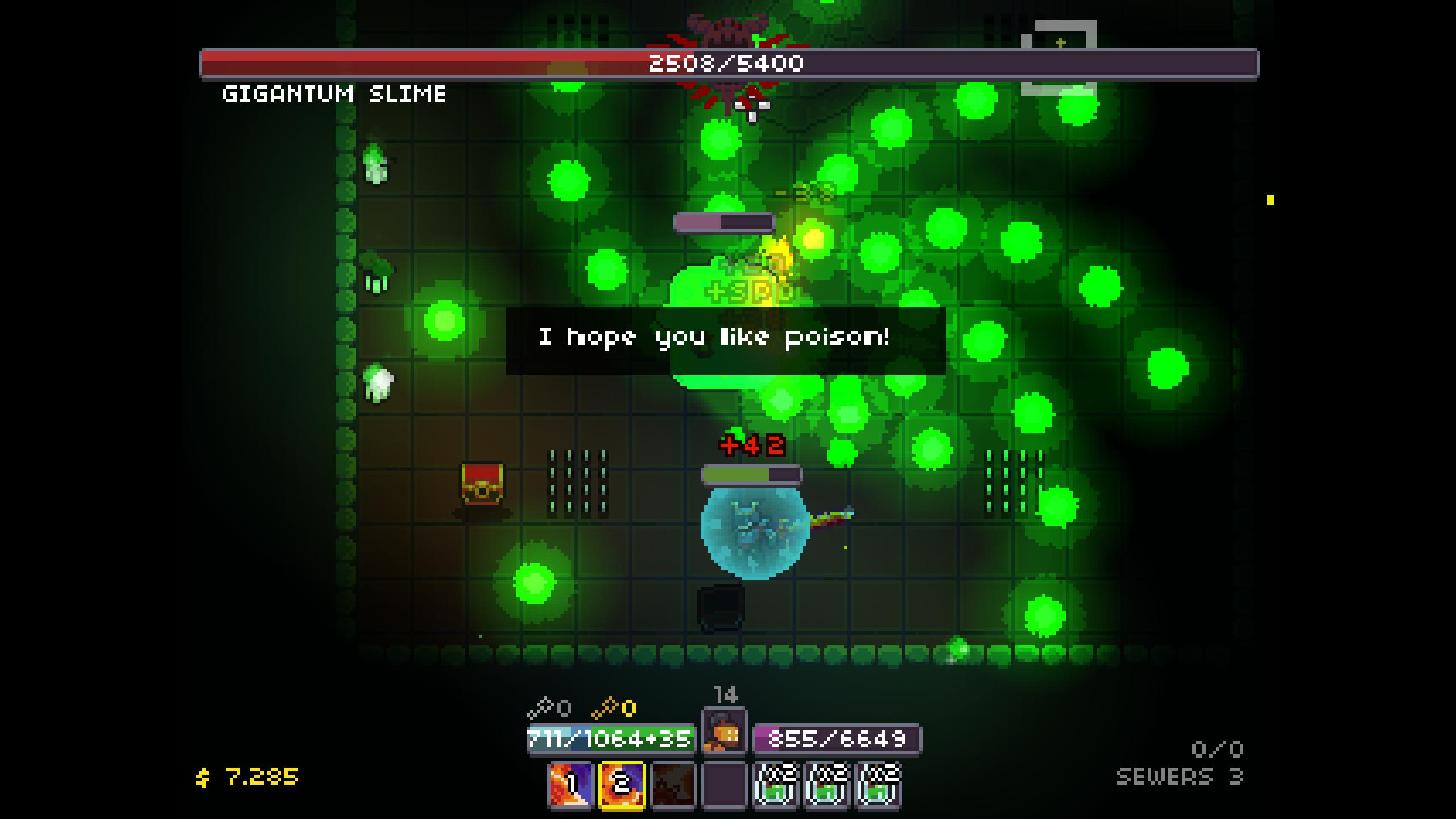 Dungeon Souls is an action-packed roguelike featuring plenty of characters with a good variety of skills, all sorts of monsters to use those abilities on appearing in large numbers, and an upgrade path that keeps on climbing.  It’s possible to get bogged down in the game being too easy if you don’t eventually increase the difficulty, but that’s what Nightmare is for.  There’s a bit of luck in advanced play in getting the optimal power-up path for a good run, especially in regards to a necessary item from the Library that does amazing things to your basic attack speed, but missing it means you just need to play a little more cautiously.  Run in swinging, snipe from a distance, or toss a stream of fireballs, but always keep fighting because there’s rarely a spare moment to think.  The monsters and bosses of Dungeon Souls are dead-set against seeing you escape, but practice, determination and getting to grips with the different characters will eventually pay off with a win.  And then it’s back down to the dungeons again, because one victory is rarely ever enough.