In case it hasn’t sunk in yet, Diablo recently turned twenty years old, which means this time next year we’ll be able to take the Lord of Terror to the bar for shots and he won’t need that fake ID he stole from Tyrael anymore. The original Diablo was a great game, but the franchise didn’t truly hit its stride until a few years later when Diablo II was released. Both games were from an era when mandatory constant internet connection wouldn’t fly since a good chunk of us were still dealing with dial up connections. Things were rough back then, that’s for sure. Sometimes we couldn’t get into a session because someone else was tying up the phone line or the game would crash because someone else in the house picked up the phone, but that still didn’t stop many from logging in some ungodly large amount of hours into this game.

Diablo II used its isometric action RPG predecessor as a blueprint, but improved on it on just about every way imaginable. The character class roster was expanded from the basic warrior, rogue, sorcerer options into Amazon, Barbarian, Necromancer, Paladin, and Sorceress. This roster was expanded even more with the Lord of Destruction expansion pack that included an Assassin and Druid class. It can be debated endlessly whether Diablo II or Diablo III is the overall superior game, and a lot of things like artistic direction, overall atmosphere, and character class designs are a completely subjective matter, but Diablo II character growth made replaying it so much more fun than the 2012 sequel.

The reason I feel that the character building in Diablo II is so great is largely due to the individualization process. In Diablo III, five people can play as a Demon Hunter and the only thing that differentiates the characters is whatever items and skills they have equipped at the time. In Diablo II these same five people can all select Necromancers, and depending on what skills each person wants to focus on in their respective skill trees can create five very different Necromancers that have a completely different play style. One could specialize in poison based attacks, while another could try to stay out of the action and have a legion of risen undead fight his battles for him. A third could choose to specialize in turning the bodies of the fallen into explosives, though this build was significantly powered down in one of the early patches. 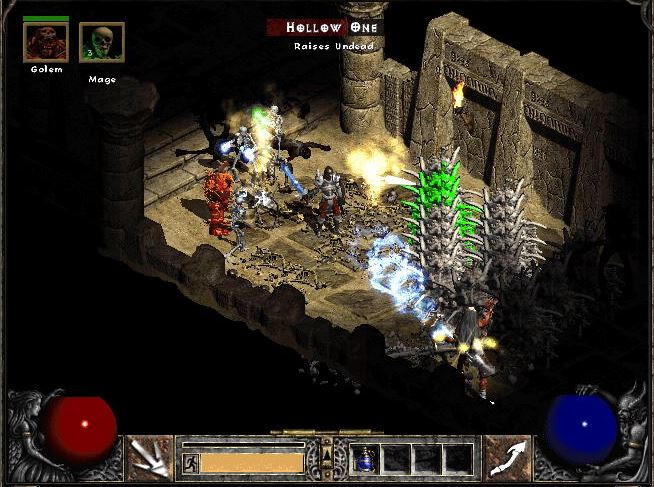 Character customization was a large part of the appeal of Diablo II which could vary from making a character incredibly powerful or in some cases just coming up with some goofy ideas. One of the more powerful character builds I created was a Sorceress who specialized in ice magic and had lightning as a secondary skill, with a bodyguard from Kurast who specialized in fire to have us covered in almost any scenario with enemy elemental immunities. The Druid was one of the more fun characters to play with, and there were a couple different builds I thought were fun. One was powering up his shape shifting abilities so he was a werebear tank, and the other Druid build was what I called the Zookeeper, where almost all his skill points went into summoning animals, though having five ravens with twenty skill points sunk into them really isn’t the most practical way to dispatch the Prime Evils.

The overall feel of Diablo II is gloom and doom but that doesn’t mean it is not without a sense of a humor. The actual facts may vary, but I am choosing to ‘member this particular origin story in this manner. The cow level of Diablo II isn’t news to anyone, and the first time we encounter those bipedal Hell Bovines armed with polearms vocalizing a very human sounding “moo” was quite humorous. There were rumors that in Diablo there was some super secret cheat that could be done to kill those random cows minding their own business in Tristram. Many people (I assume, the only people I know who tried this were myself and some friends) tried in vain many times to slaughter those heffers, acting like somehow clicking on them would turn them into barbecue meat unlike the other several dozen times we tried. The origin of the cow level in Diablo II was word of this attempted bovinicide reached back to Blizzard and the developers thought it would be funny to include a level of cattle decapitation in the sequel as a token of fan appreciation. At least that is how I am choosing to remember how it happened. The facts might be biased against me. Damn facts. 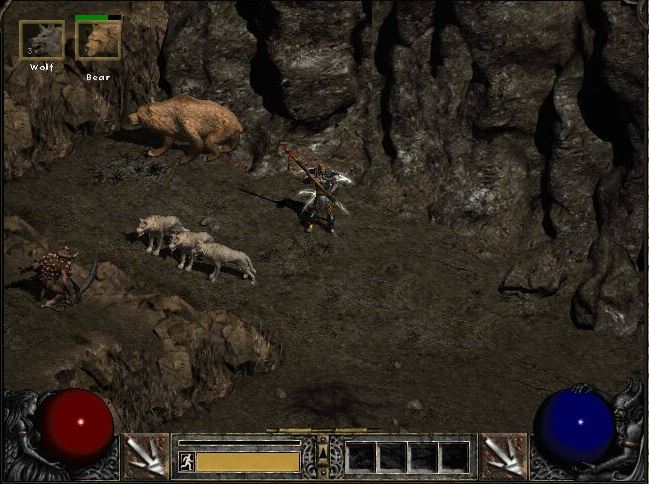 Diablo II was much larger in scope than the original, and the environments and enemies were more varied. Sure, Diablo II was perhaps a little too reliant on giant bugs for enemies, but each set of enemies was a good fit for the area of each act. Instead of simply going deeper through a labyrinth, the heroes traveled through plains, deserts, jungles, Hell, and arctic tundra if Lord of Destruction was installed. Each act took place in a different region of Sanctuary that seemed to have its own unique culture while still feeling like part of a cohesive world.

The offline single player campaign (remember when single player games could be played offline?) was plenty of fun, but what I really remember about Diablo II most fondly was getting some friends together for some long online sessions. Diablo II had close to a monopoly on my gaming time for several months after it was released, and again when Lord of Destruction came out. Diablo II has not been something I constantly play, but every so often some of my gamer friends decide to go back to it, even when we were playing Diablo III. Unlike Diablo III, loot was not only given to one character, it was a free for all in trying to grab the best items after defeating a powerful enemy. But part of the fun was in that friendly competition of trying to grab the most loot, and then trading unique and set items with your friends. 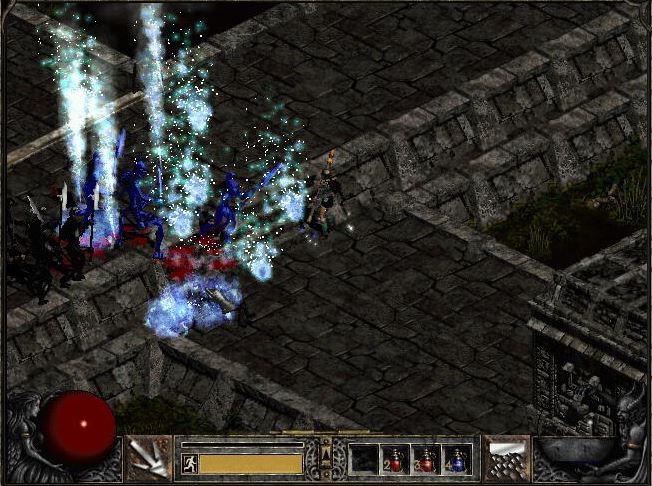 Diablo II is one of those games that holds up incredibly well. While Diablo III is a great game, I still prefer Diablo II. Part of that is some of the reasons discussed above with character customization, darker artistic direction and the cow level (though Whimsyshire is amusing), and part of it is nostalgia. People who didn’t play Diablo II in the early 2000s may not be as enthralled with this game as those of us that have, but even those who were introduced to Diablo in the third installment would most likely find enjoyment in this classic.

Want to member some more games? Well too bad, you can’t. This is the first of what will eventually turn into a monthly feature. Look here in future installments for a link to all previous Member articles.