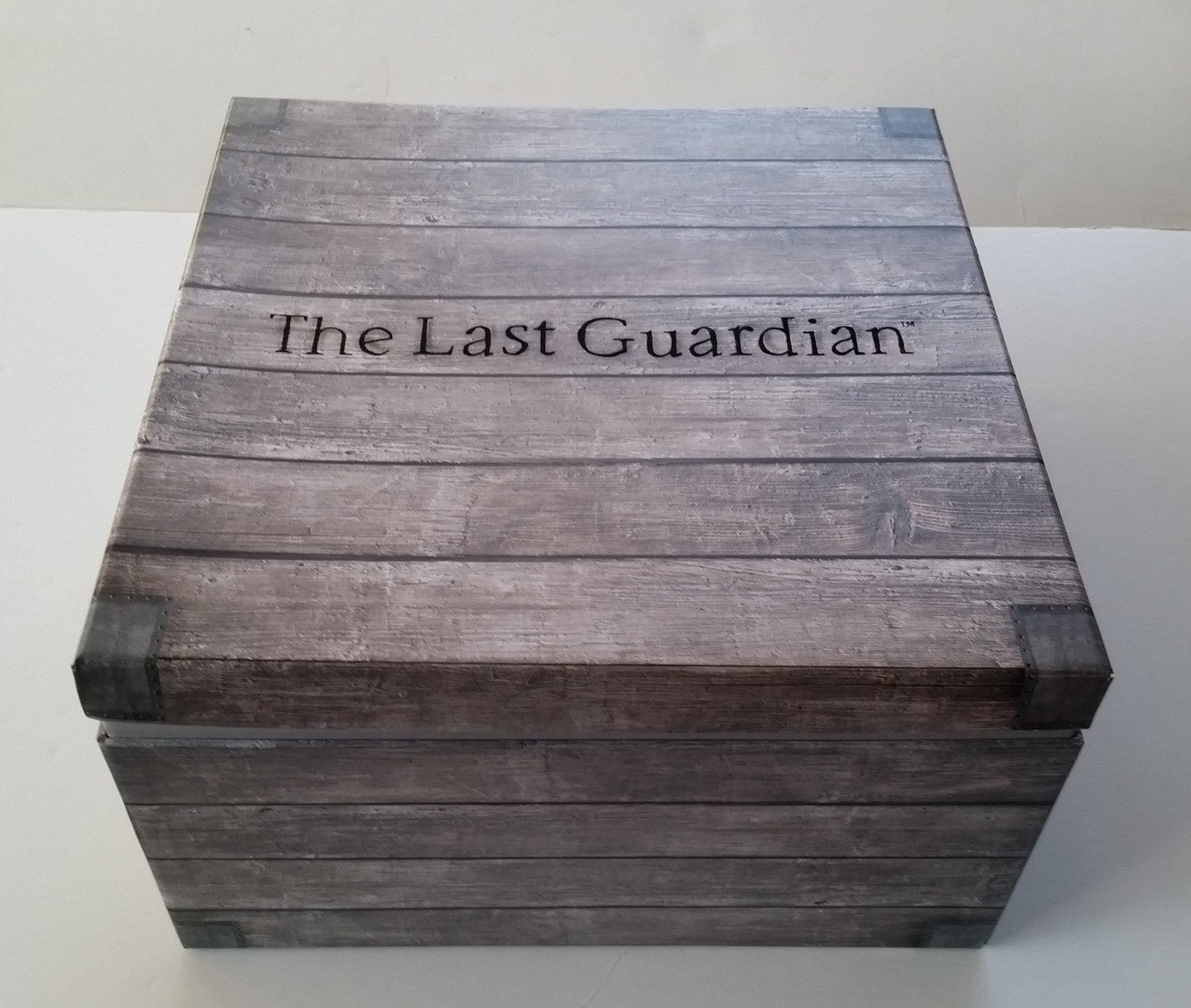 It’s amazing to realize that The Last Guardian finally launched after so many years of development. Fortunately, this was one highly anticipated title which was totally worth the wait. In anticipation of launch, many excited fans snagged The Last Guardian Collector’s Edition at a price of $119.99. All things considered, the high price wasn’t terrible given that the edition comes with a sizeable Trico statue among other, more common limited edition goodies. If you missed out on this edition, here’s a look at what the whole set contains.

The Last Guardian Collector’s Edition all comes housed in a rather heavy box to hold its statue, art book, game in steelbook case, and sticker sheet. The box itself deserves some mention due to its construction. Although the box features a rather mundane black cardboard sleeve, underneath is a woodgrain-styled heavy cardboard box which opens on a hinge. It looks far better than the dust sleeve meant to cover the whole set does. In any case, once the box is cracked open you’re greeted with the art book, game disc, and stickers snugly fit in their plastic housing. Underneath the divider plastic is what everyone truly wants from this special edition – the premium Trico statue. 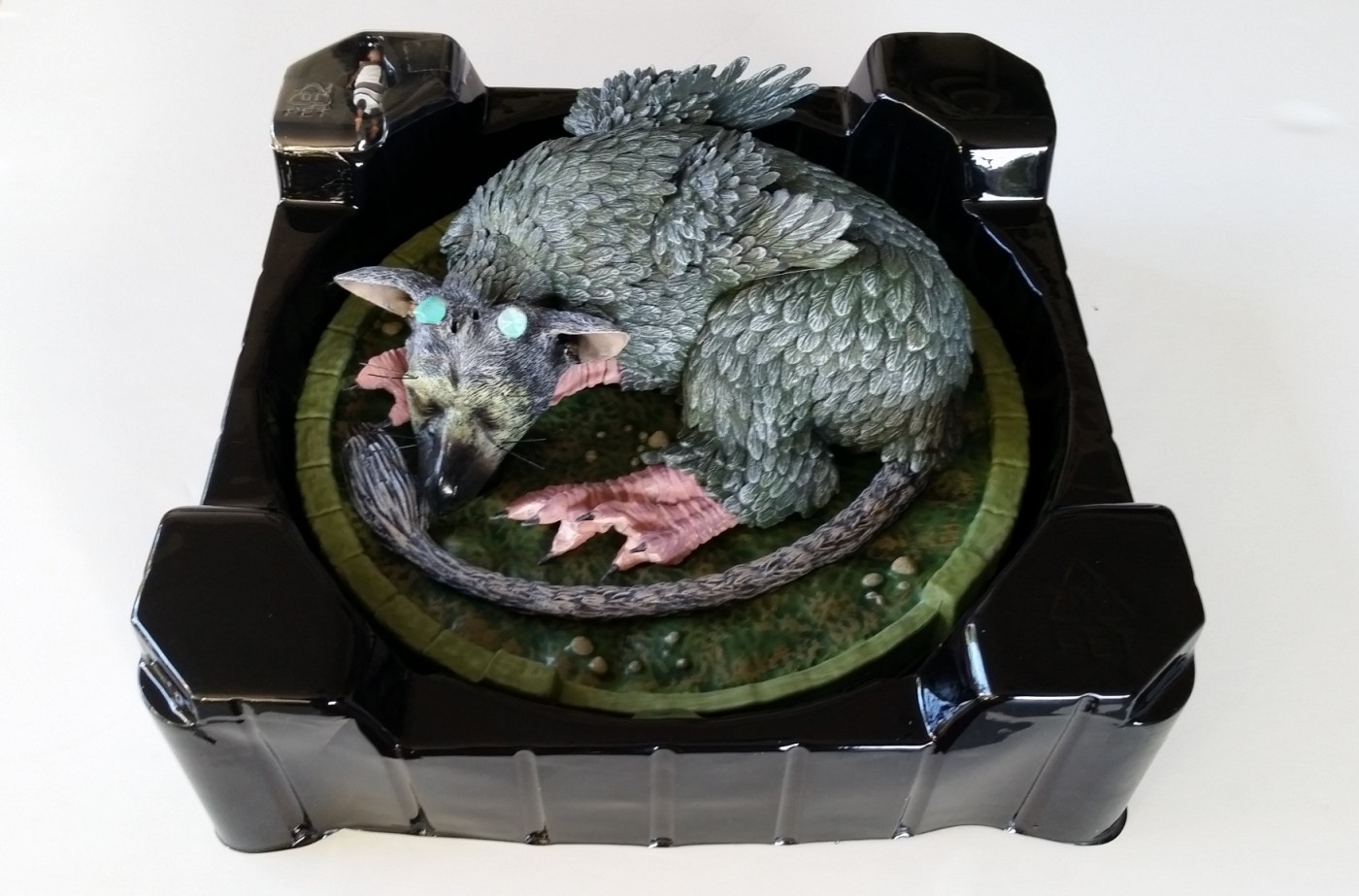 Trico is an enigmatic character in The Last Guardian and most players develop quite a bond with Trico throughout the game. As such, it makes perfect sense that the included statue is primarily of this creature rather than anything else (though our protagonist is also featured with a tiny accompanying statue). The statue depicts Trico calmly sleeping with its body curled up. The Boy is not actually attached to the statue, meaning you can place him in a random spot if you’d like. The suggested positioning for the Boy, however, is on top of Trico’s head between the two horns. The quality of Trico is quite great, with most of its feathery body depicted lovingly. Although not a tall statue, its diameter does measure at close to a foot long.

Once over the majesty of Trico, the rest of this Collector’s Edition feels pretty much standard with regards to its contents. The 72 page art book is a hardback book, at least. You’ll find a great deal of color sketches and landscapes within its pages. With that said, some scenes from the game are depicted so it’s best not to look at it early if you do not wish to accidentally spoil yourself. This is true of most art books. The pages themselves are of high quality too, ensuring that simply flipping pages won’t lead to a ton of torn paper. As for the sticker sheet, it’s cute but there is only a single page of stickers included, and more focus should have been put on characters and creatures. 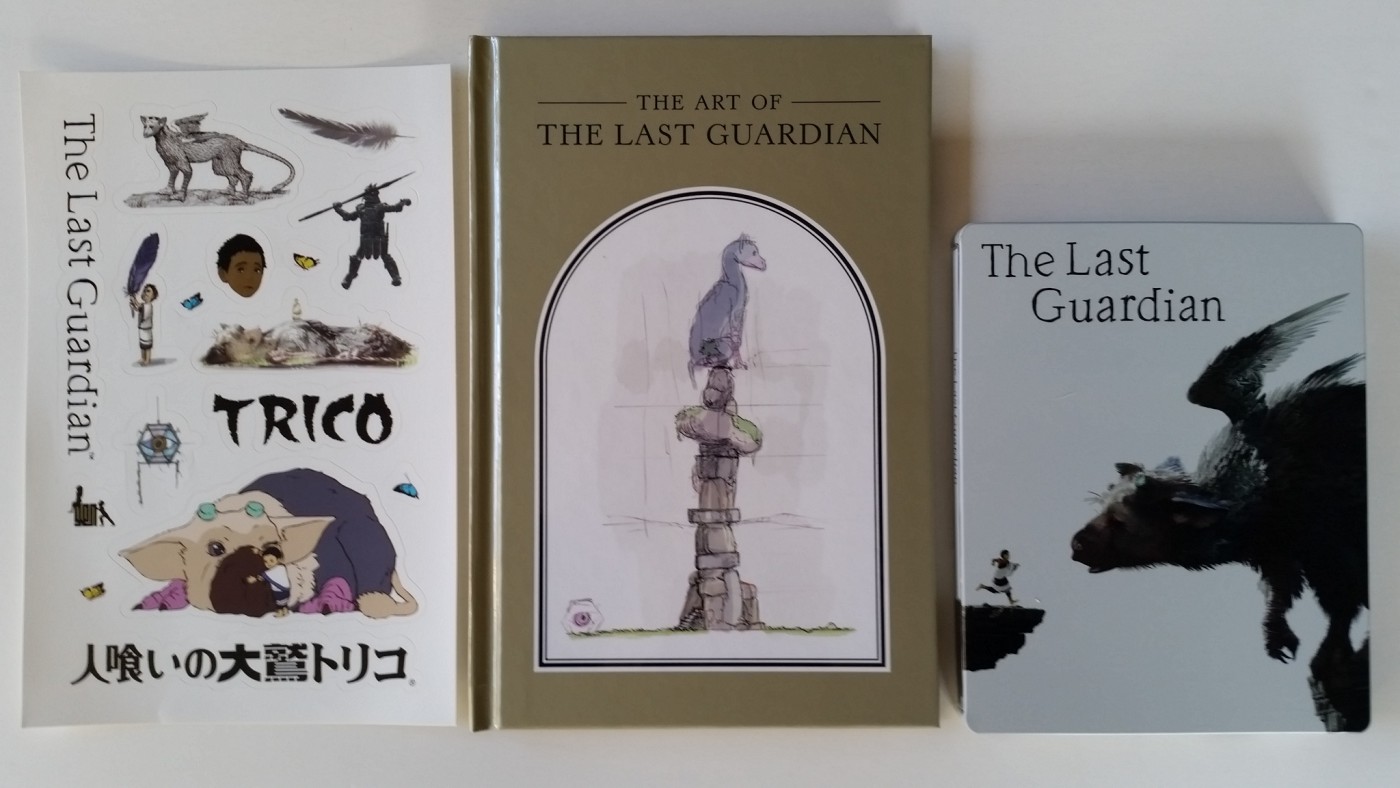 As for the steelbook, it’s admittedly better than some other gaming steelbooks out there. That’s due mainly to the attractive design on the cover and back. Beyond that, though, steelbooks hardly make a worthy inclusion into special editions since they don’t cost that much to begin with. The Last Guardian Blu-Ray game disc enclosed within looks exactly the same as standard PS4 copies, in case you were curious. Finally, as is the unfortunate case of the modern era, you won’t find any guide within the steelbook. Finally, there’s also a digital soundtrack included. Don’t get too excited though as this only comes with ten tracks.

Trico’s statue is the best selling point of The Last Guardian Collector’s Edition. If not for that, there would be little excitement around this set at all. The high price paired with mostly average contents may be why there are still new copies of it available from stores such as GameStop. Not only that, but the price has declined since launch. At this moment you can buy yourself a complete set for around $90 on eBay. Honestly, that’s a more accurate price for The Last Guardian Collector’s Edition so keep an eye out if you’d like a copy for yourself.