Square Enix announced that pre-orders for Final Fantasy XIV: Stormblood, the second expansion for the MMORPG, begin today in North America ahead of its scheduled release on June 20. The title will be available physically and digitally in both a collector’s edition and standard edition for the PS4, PC and in digital-only form on Mac OS.

Players may pre-order all versions of Stormblood at the official pre-order website here.

– Early Access to Stormblood scheduled to begin on June 16, 2017
– A Wind-up Red Mage Minion
– A pair of Ala Mhigan Earrings
– Exclusive Theme and Avatar (PSN purchases only)

Players who pre-order either the physical or digital versions of either edition will obtain the pre-order bonuses. Additionally, a digital upgrade option will be available for players that want to upgrade to the collector’s edition for the in-game bonus items, but forego the physical items.

Final Fantasy XIV: Stormblood will continue the story of the Warrior of Light as they join the resistance and set forth to the vast land of Ala Mhigo, challenging new threats across Eorzea and embarking on numerous new quests. Players can also look forward to the following new features coming with Stormblood:

New and lapsed players are urged to join their fellow adventurers in uncovering the mysteries of A Realm Reborn and Heavensward, as completing the main scenario quest series will be required to fully enjoy Stormblood. 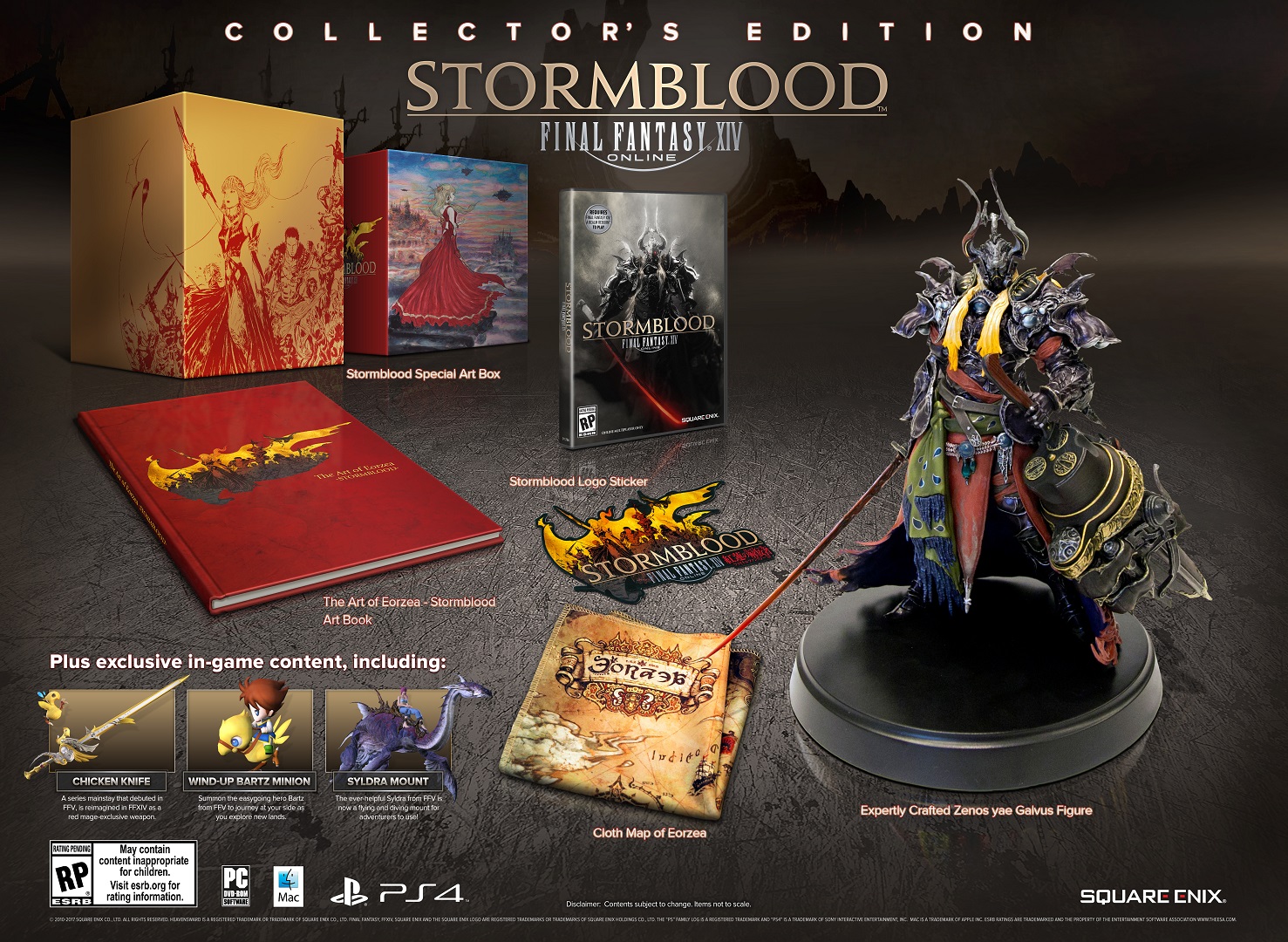