During this year’s PAX South, fans of indie games were spoiled for choice. There were so many booths catering to just about every niche that can be enjoyed by studios willing to take risks. Creative platformers, VR experiments, couch co-op and adversarial games, there was just so much to take in. Even with such a wealth of titles to experience, Thunder Lotus stood out with their title, Sundered.

Coming off of a well-received release in Jotun, the studio has decided not to rest on their laurels. Instead, they began work on this atmospheric exploration action platformer, seeing unmitigated success with their Kickstarter campaign, and loads of eager players looking to explore the Stygian depths that they are creating. Admittedly, the campaign goal is small. That’s because not much was needed to polish off what they have created so far. 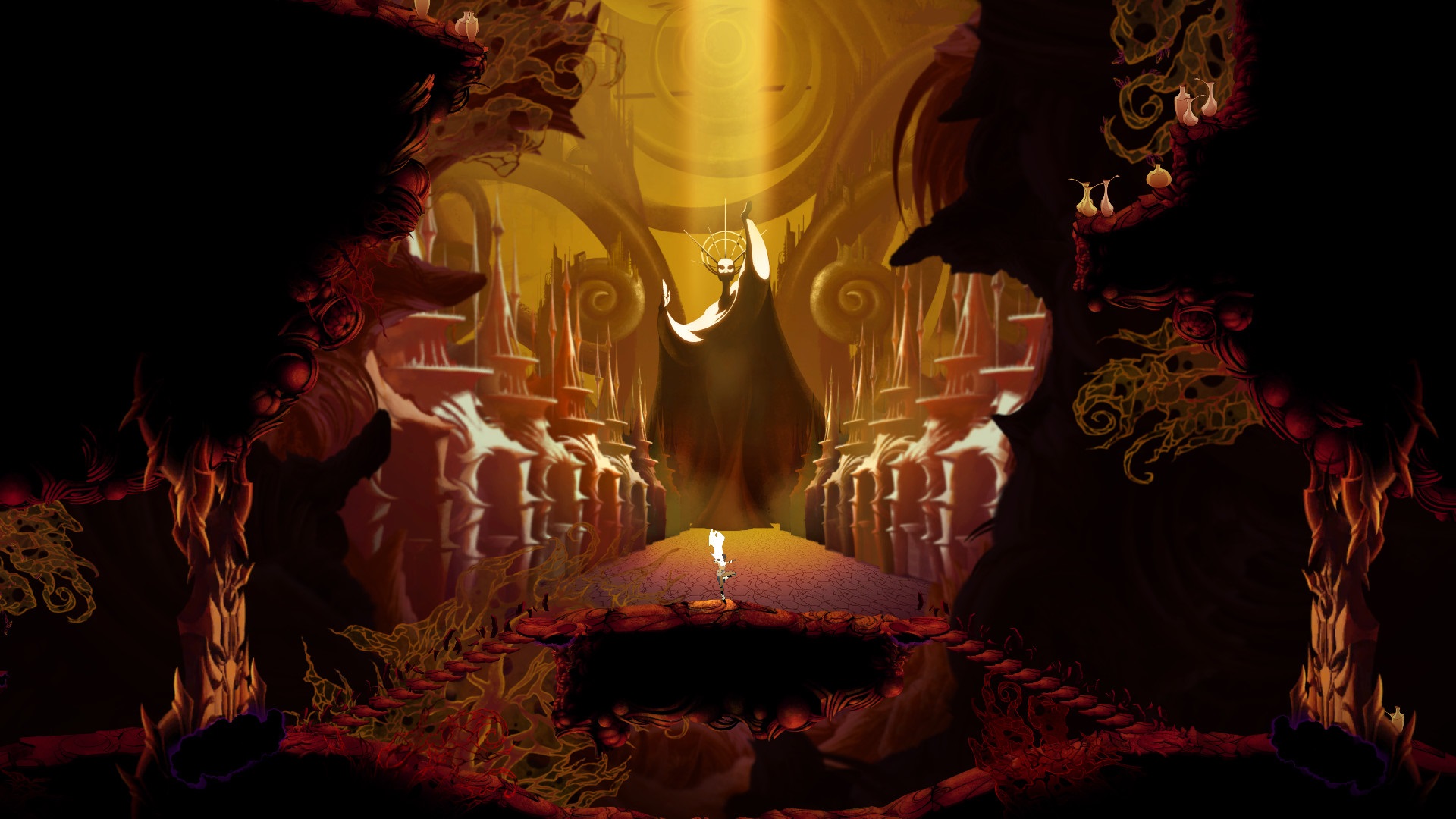 One thing to stress, the word “atmospheric” is not a euphemism for “boring” in this case. Thunder Lotus worked hard to create 2D platforming environments brimming with personality. The game itself centers around surviving the toothsome attention of the inhabitants of the world. Seriously, it seems like many of these creatures turned in useful appendages in exchange for more fangs than any sane creature could want. These creature designs keep things feeling foreboding and ominous even though Eshe, the heroine, can kick all kinds off ass.

Combat is a juggle heavy, speedy affair with copious moves and skills to pull off. Air combos quickly transition to ground slams, which in turn leads into heavy land based swipes before taking to the air again. Eshe has some moves, and uses them in a display of skill that would put Devil May Cry‘s Dante to shame. 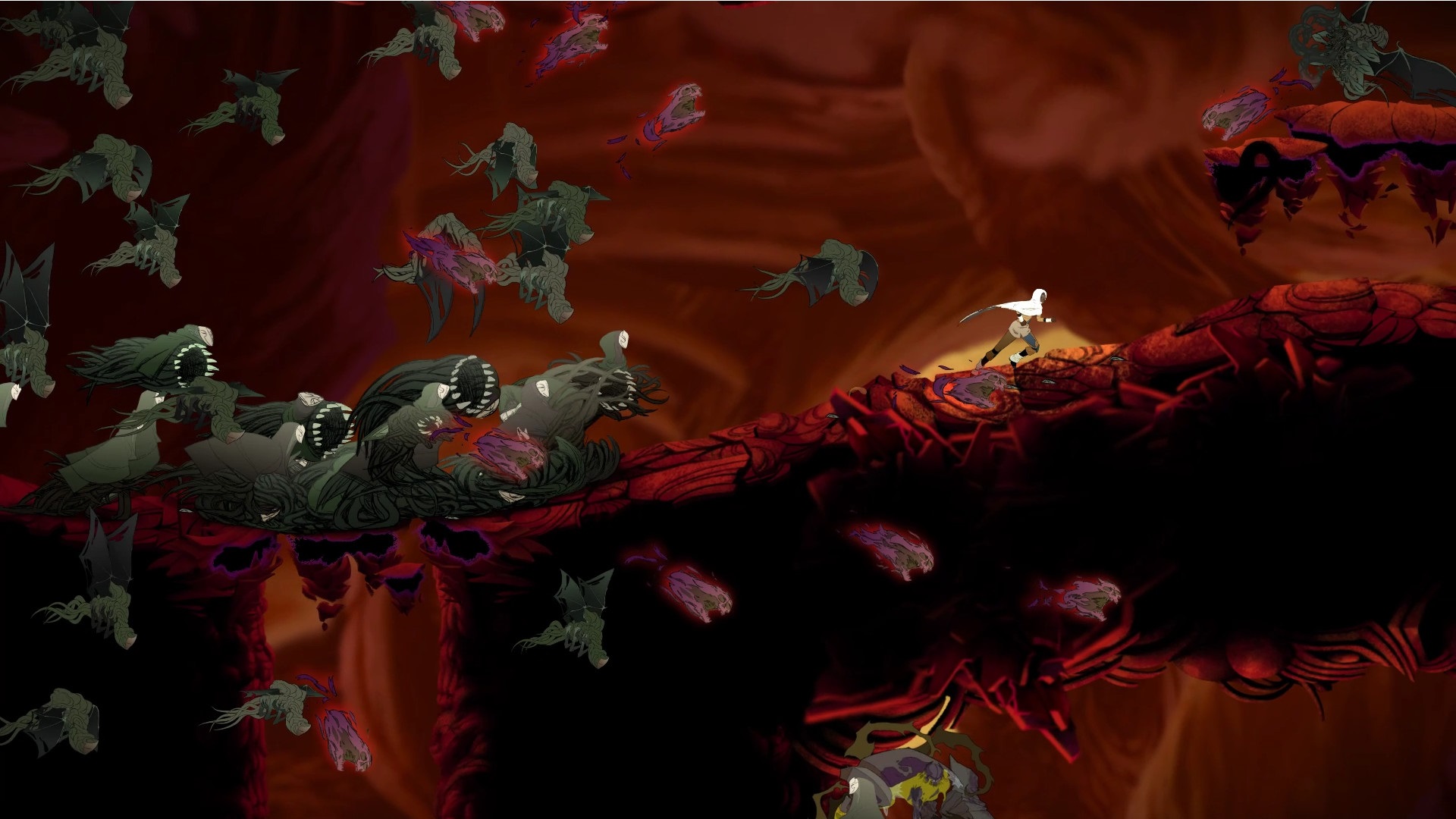 While the heroine is a rather powerful avatar to control, the enemies still don’t make it easy. The developer is not afraid to pour on the mobs to keep the player feeling overwhelmed. It’s not really done in an unfair fashion. Instead, the players must pay close attention to the make up of enemy groups and choose their targets. Fortunately, there is a leveling system where the players can spend shards for stat increases and other perks to make the goings easier. I could be wrong, but it might also be possible to clear the game without taking these levels, as every encounter I experienced in my demo seemed to be laid out to allow for skill instead of brute force. I do know that I will never be good enough to try this, though.

Exploration itself takes the form of a Metroidvania style layout. Using a mixture of handcrafted areas that are procedurally put together, the map is designed so that no play through is the same while making sure not to thrust the player with an unwinnable map. Imagine a Cthulhu themed Rogue Legacy, except the map doesn’t always reset, and a higher amount of variety. The environments themselves have all sorts of touches to add to the creep factor of the world that is being explore. From the ominous, almost throbbing orange tinged background to the thorny brambles in the paths, the world of Sundered is one that inspires fear without resorting to making the protagonist weakened and without skill. 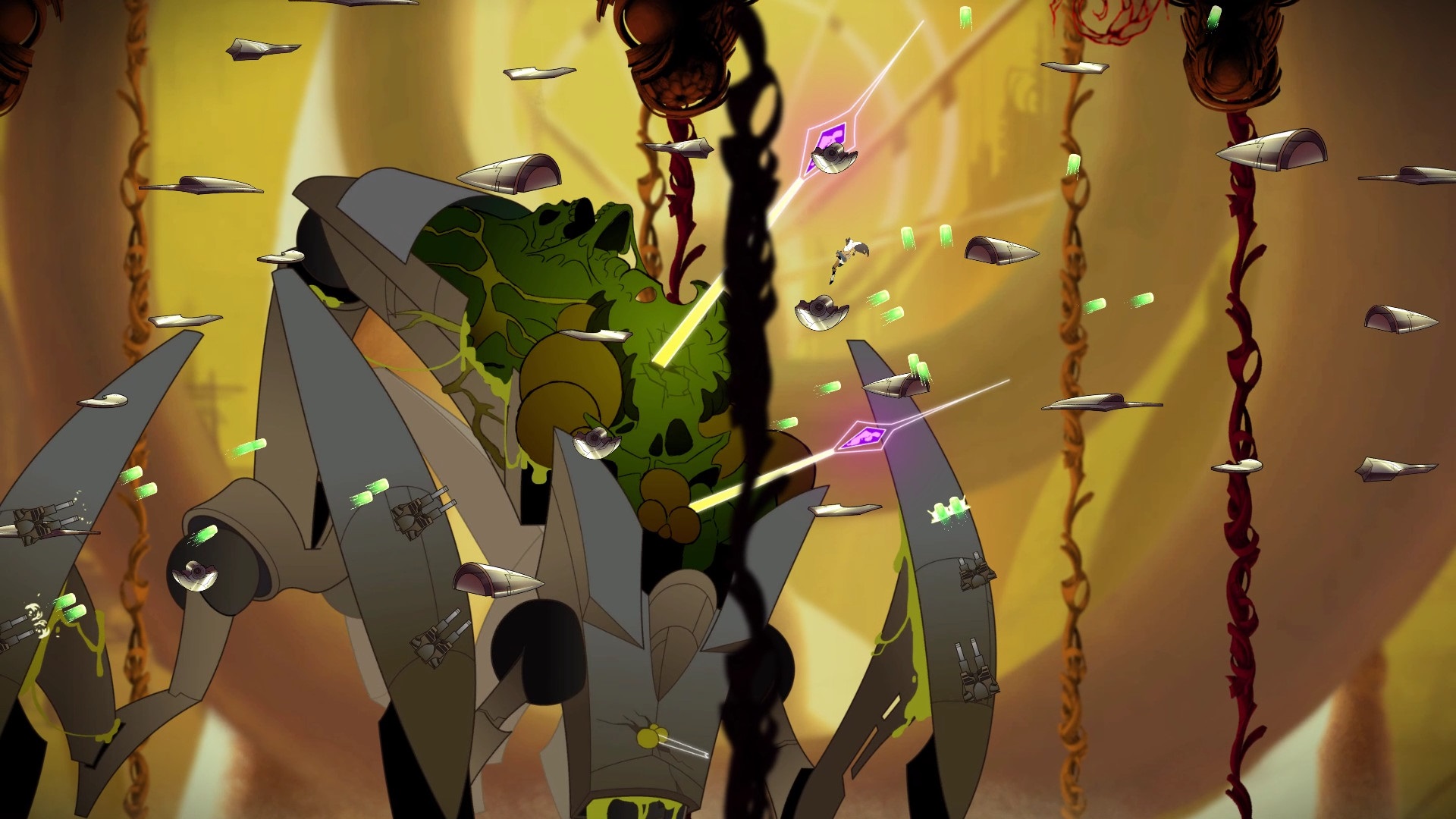 The final hook of the PAX South demo came in the form of a boss tease. After making my way through numerous monster traps and other deadly perils, I found myself in a giant room in front of a skeletal creature. This giant, bony thing raised itself up on too many legs. Lifting a razor sharp appendage the size of a dead baby whale (and about as appetizing), it gazed at me from empty eye sockets and started to swipe down. Then the screen went black: demo was over. The easiest way to describe the phenomena I felt would be “action game blue balls.” That’s a good thing here. It means that Thunder Lotus is onto something with Sundered. Unfortunately, I’ll have to walk around with these things until July, when the game is slated to be released. It’s not all bad news, though. The experience itself looks to be dreadfully magnificent.