With the ongoing battle between the big companies looking to see who can top the other with accurate, gory technology, there has been a trend in smaller developers to just forego that mess and focus on artistic style. While the pushing of technology forward is great for the industry as a whole, those with true vision that use the canvas and brushes already available typically make the games that become timeless, immune to the ravages of the next hot thing. Tequila Works is one such developer and their upcoming title, Rime, might just be their masterpiece.

The game centers on a small boy as he wakes up on a mysterious island, unsure how he arrived and what to do. Fortunately, there is a helpful fox present to lead the way. During his journey, the child must master platforming challenges, solve puzzles, and avoid other aggressive wildlife to discover what happened to him. This is all done in a world with bold colors and environment design that goes on divergent tangents while still feeling like everything belongs in the same world. 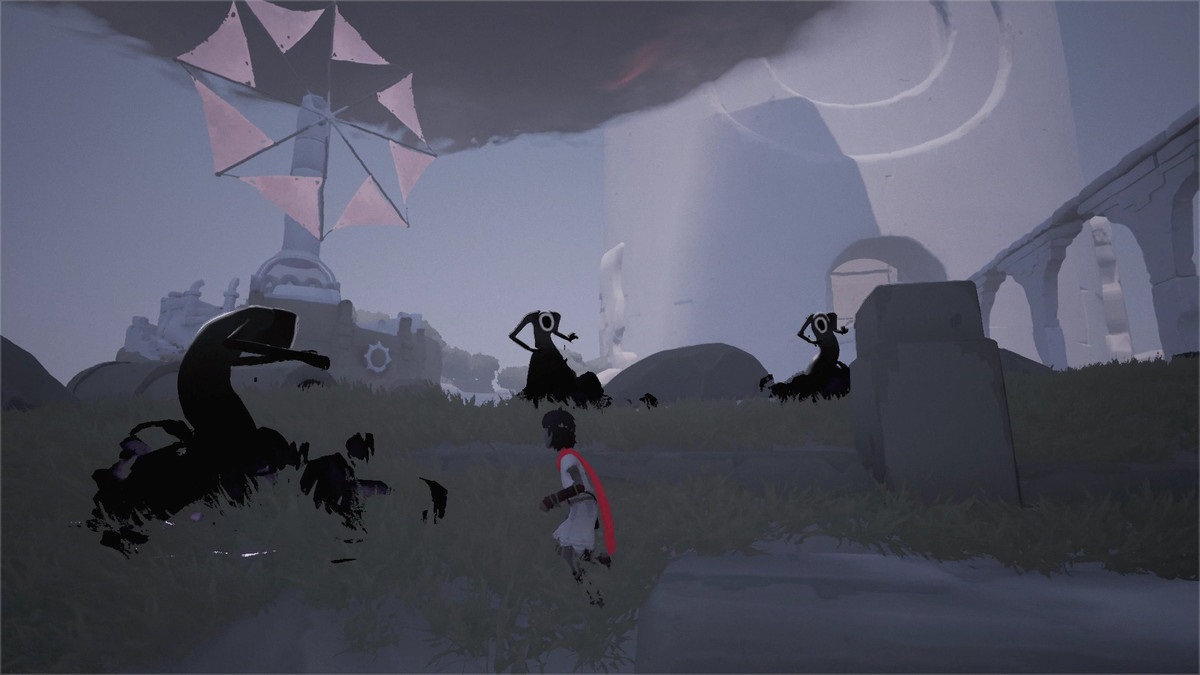 When playing the game, one can see some obvious influences. Fans of Ico will find plenty to love here, minus a language barrier that must be surmounted. I also felt like I detected a tinge of Dark Souls with how the environmental details left hints about what occurred on the island prior. The biggest influence, according to Jose Herraez from Tequila Works, is the seminal PlayStation title, Journey. The team wants the experience to focus on the actual adventure, and not the end goal. Plus, the kid’s red cape does certainly call the title to mind.

It helps that the actual travels are just so well done. One of the primary elements to solving puzzles is the use of a shout button. Various jade statues around the world resonate to his shouts, triggering switches and opening doors. As an aside, the Mega 64 episode about this game will be them in a museum, yelling at carvings. I’m just calling it here and now so that no one is surprised. There are many sections where this mechanic requires two or more of these to be triggered at once, required special placement of spheres that can amplify his voice. Because if there is one thing the world needs, it’s a child being able to scream louder. 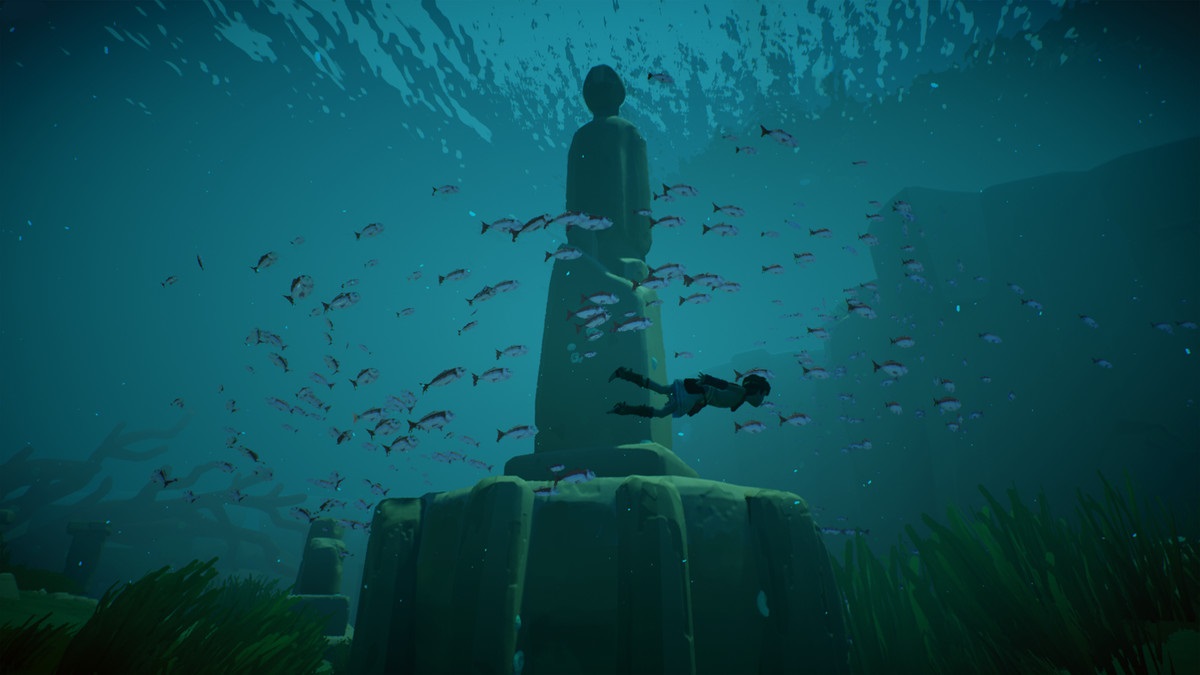 These aren’t the only elements of the puzzle solving. In a portion that takes place slightly later in the game, the boy becomes the object of hunger for a large, birdlike thing. Using various elements for cover, I had to duck and dodge until I could get to an underground portion to unlock access for a towering windmill. Using various hints embedded in the environments, I was finally able to trigger a lightening storm to defeat the creature and allow for a more free exploration of the environment. This situation proved to me that there will be enough variety to the situation to lay proof to the focus on the journey itself.

If forced to render a criticism about the experience, the troubles may lie in the perspective found in some of the jumps. I am unsure if this was due to eye fatigue from the overload that is PAX, or some potentially spotty camera work, but I did miss a few jumps that should have been easy. Fortunately, even if it were a design issue, and I’m still leaning towards the problem being solely with me, it is mitigated with a generous checkpoint system and instant respawn. Any failure wasn’t frustrating, because trying again didn’t involve redoing tons of work. According to Tequila Works, this was an intentional design choice. The protagonist is a young boy, a creature that typically has little regard for self preservation. They want the player to feel empowered to behave in that same reckless fashion without feeling the burden of boredom that would come from game delaying consequences. 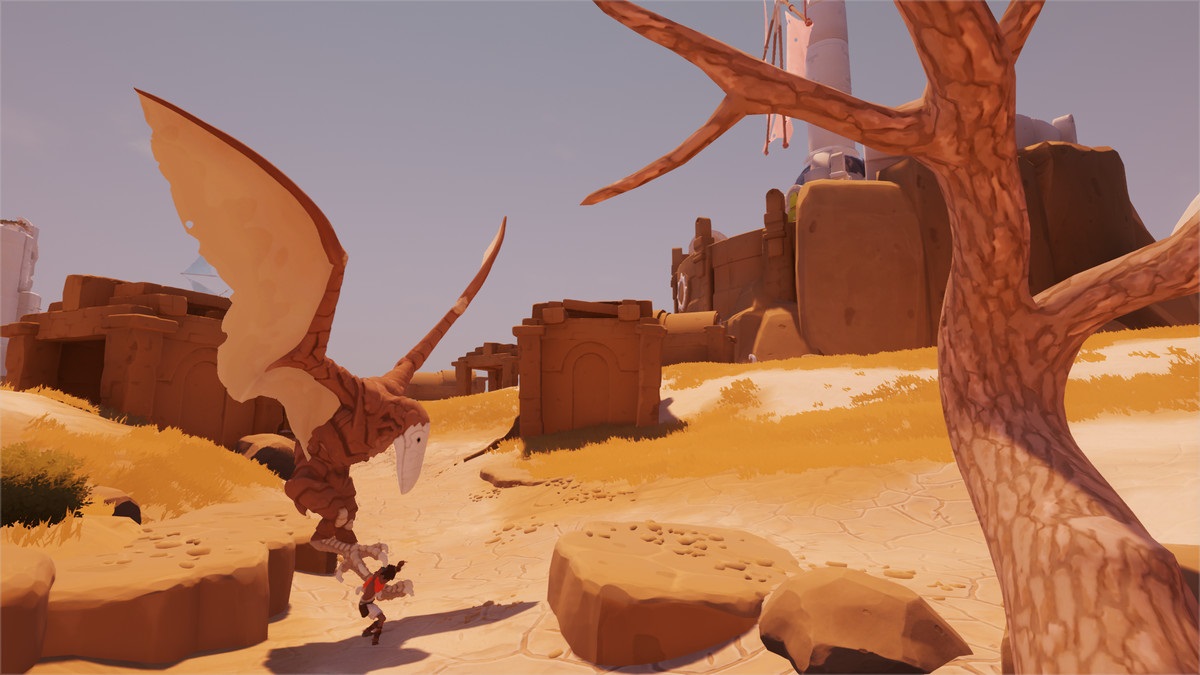 All in all, I wasn’t particularly looking forward to my time with Rime. Looking at the previous coverage, it didn’t seem like it would be my type of thing. After playing a healthy chunk of it, I’m thrilled to announce that I was wrong. This is a title that has every indication of being fun and engaging. The design, look, and gameplay that I saw leads me to believe that it will be an instant classic when it launches in May.