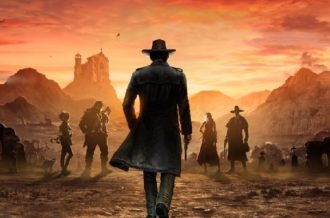 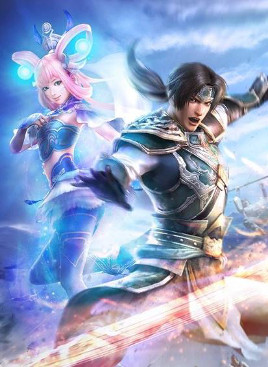 Every blue moon something is written that surprises everyone. The past twelve months have been full of unbelievable headlines that most of us would have never expected to see, such as the Cubs winning the World Series or the phrase President Donald Trump. 2017 is off to such a start, with an appropriate subtitle for this review being new Dynasty Warriors game is not running around mindlessly hacking thousands of people to death. Dynasty Warriors: Godseekers has more in common with the Dynasty Tactics titles from the early 2000s than a Dynasty Warriors title, but as much as some of us may enjoy the cathartic one versus one thousand carnage of traditional Dynasty Warriors, Godseekers is something of a breath of fresh air for fans of the predictable series.

The setting is one that should be familiar to fans of the franchise as it takes place in the final chaotic days of the Han dynasty, with familiar events such as the Yellow Turban rebellion and the tyranny of Dong Zhou, who is described by newcomer Lixia as being loyal only to his own greed and a rarity in that he personifies that ugliness within people. In addition to her keen observation skills in analyzing people, Lixia’s introduction is where the storyline deviates from previous Dynasty Warriors games.

The story begins with renowned warrior Zhao Yun and his buddy Lei Bin exploring a cave and stumbling across Lixia who is trapped in some sort of mystical prison. Not much is known about what exactly Lixia is when she is rescued, aside from the fact she isn’t quite human and has some nifty powers to show for it. Lixia decides to travel with the two spelunkers, and soon after they end up joining forces with Liu Bei, Guan Yu, and Zhang Fei when they are helping Yuan Shao take on Dong Zhuo and Lu Bu. The story does follow the same Romance of the Three Kingdoms blueprint fans of the series practically have memorized by now, but Lixia’s involvement does put a twist on things, as mystical elemental Orbs of Power weren’t something I remember as a major plot point from past games. 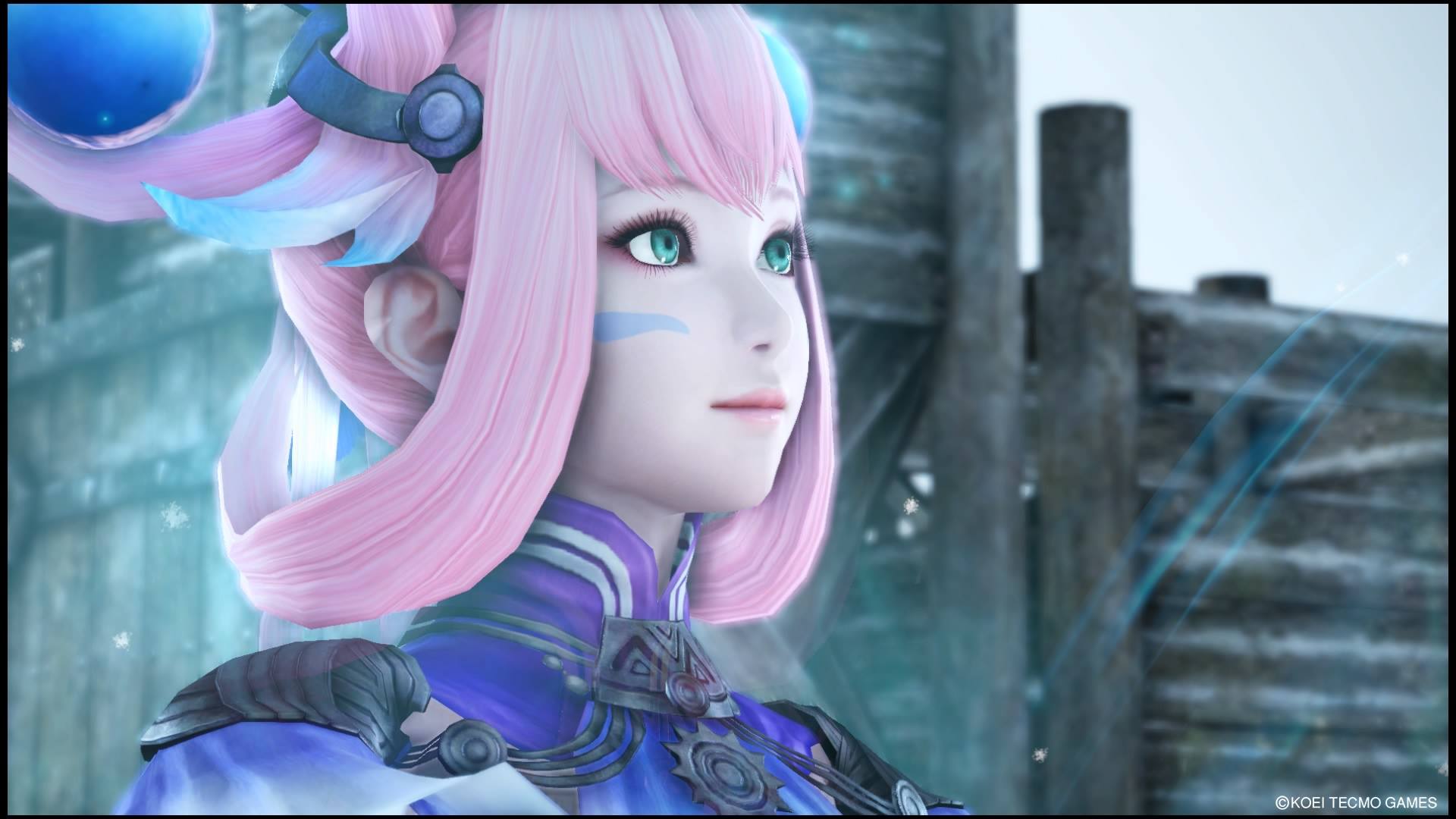 The most shocking thing about Dynasty Warriors: Godseekers is that it is a grid based tactics game, so if someone were to purchase this title expecting the mindless carnage Dynasty Warriors is known for they would be sorely disappointed. Fans of Dynasty Warriors who enjoy that world and characters but may want to see them in a different type of game could be pleasantly surprised by this one.

Dynasty Warriors: Godseekers may not offer quite the same level of ridiculous odds where a single character will defeat anywhere from hundreds to thousands of enemies in each level but the enemy will always have more units on the battlefield. Zhao Yun and Lei Bin are the core party members but will be joined by other officers and support units in many battles. These include familiar Dynasty Warriors characters alongside generic troops and merchants. Depending on the battle, the player may take control of these units though in some cases they are left as AI bots. Thankfully during the review the bots failed to do anything incredibly stupid, though that is not to say they are incapable of that. 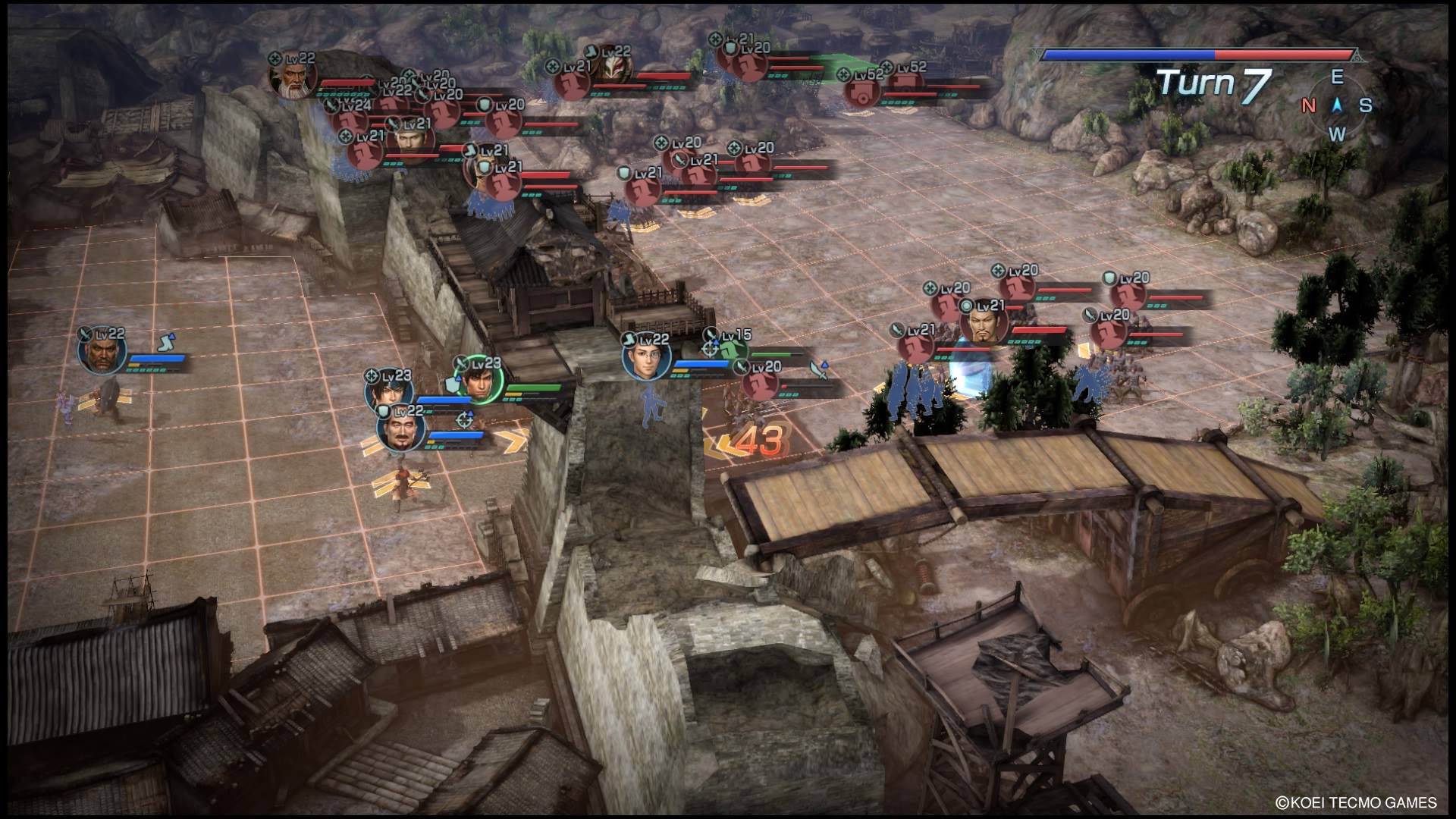 There are different types of units that have different strengths. For example, Zhao Yun is a powerful melee attacker while Lei Bin fights with ranged attacks that might not pack the same punch but allow him to attack enemies on different elevation levels or hiding behind walls. Some units are slow moving but built to withstand a head on assault while other units might be as hardy but can nimbly dance about the battlefield. Understanding the different unit types, strengths and weaknesses does impact the strategic aspect of battle.

Stepping away from the relatively mindless hack and slash Dynasty Warriors is known for into a tactics based format, the question naturally arises is how accessible would this title be to long time Dynasty Warriors fans. The answer is very accessible, the learning curve is virtually nonexistent and while the different unit types do encourage use of a strategic approach most battles are pretty easy to beat in the first attempt on normal difficulty. Dynasty Warriors: Godseekers may have shifted to a tactics format but it is still a Dynasty Warriors game at heart, meaning that the more powerful warriors on the player’s team will most likely be able to triumph over the opposition just by attacking. There are few difficult battles that require a greater emphasis on planning ahead than others. For the most part a very relaxed approach to planning will still win the fight. 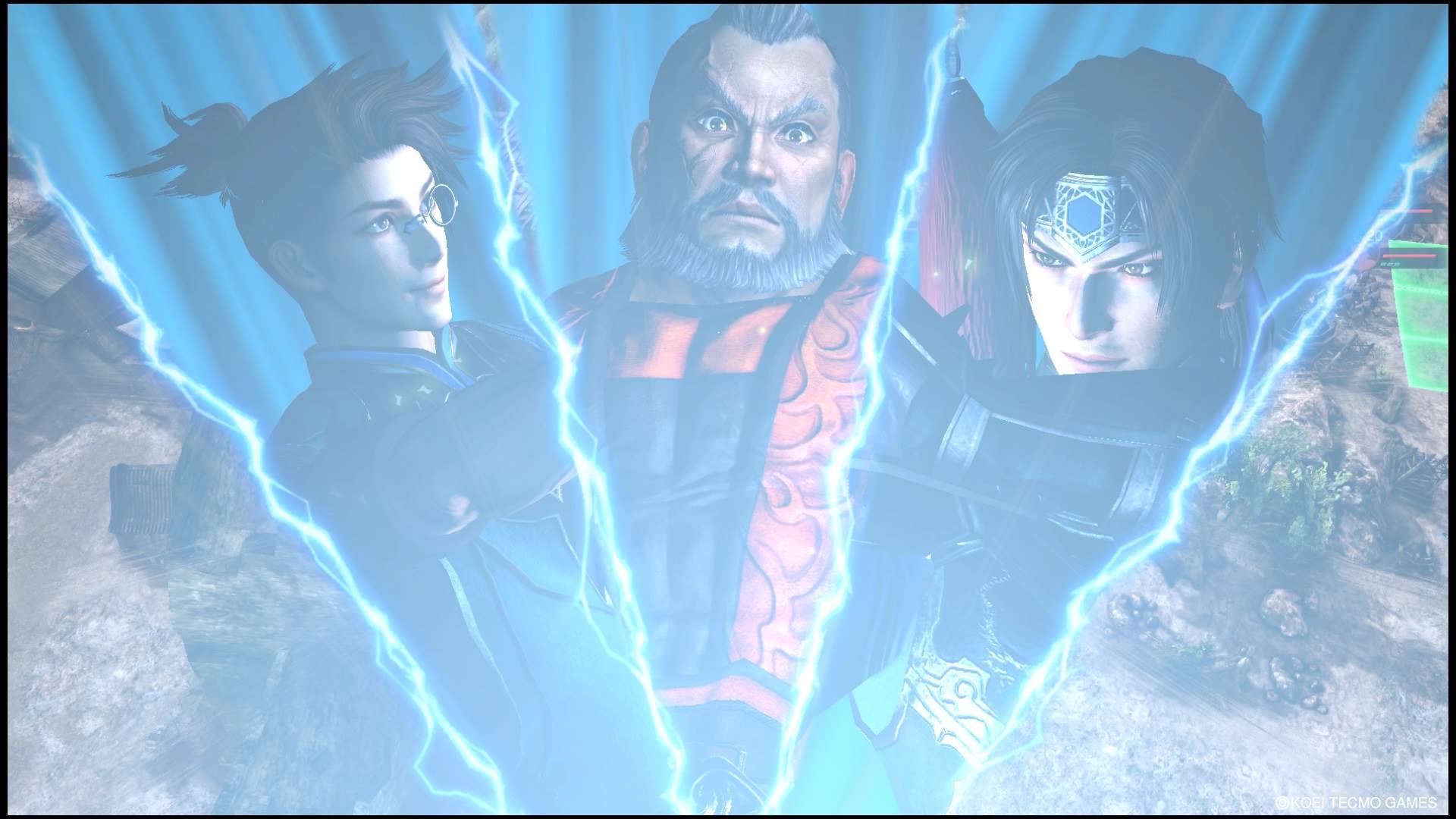 Some of the staples of Dynasty Warriors combat did translate rather well such as musou attacks and the new Synchro attacks, which are the equivalent of linked musou attacks found in some of the later Dynasty Warriors titles and spin offs. Musou attacks tend to do greater damage or cover a wider area of effect but need to be fully charged in order to execute. The Synchro attacks charge whenever damage is dealt to the enemy, and when it is full a special attack can be unleashed provided at least two characters are in proximity of each other. The Synchro attack gives everyone involved an extra turn to move and attack and also packs a powerful area of effect attack at the end, which can turn the tide of a losing battle rather quickly. Over the course of the game the characters will collect weapons with different bonuses and will accumulate points to spend on their Skill Board. This board resembles a cross between the skill points menu in Dynasty Warriors 6 and the sphere grid in Final Fantasy X, where characters can increase passive attributes like agility and defense as well as unlocking abilities that can inflict status ailments on enemies or recover health at the start of every turn.

The graphics and sound are good but nothing groundbreaking in either front. The graphic quality is the Dynasty Warriors standard with the characters looking exactly as fans would expect them to. The soundtrack does have some familiar themes mixed into the new music, which is typical of the series. The music is not bad and fits the game well but if one were to choose to listen to their own music library while playing Godseekers nothing will be lost in the experience. 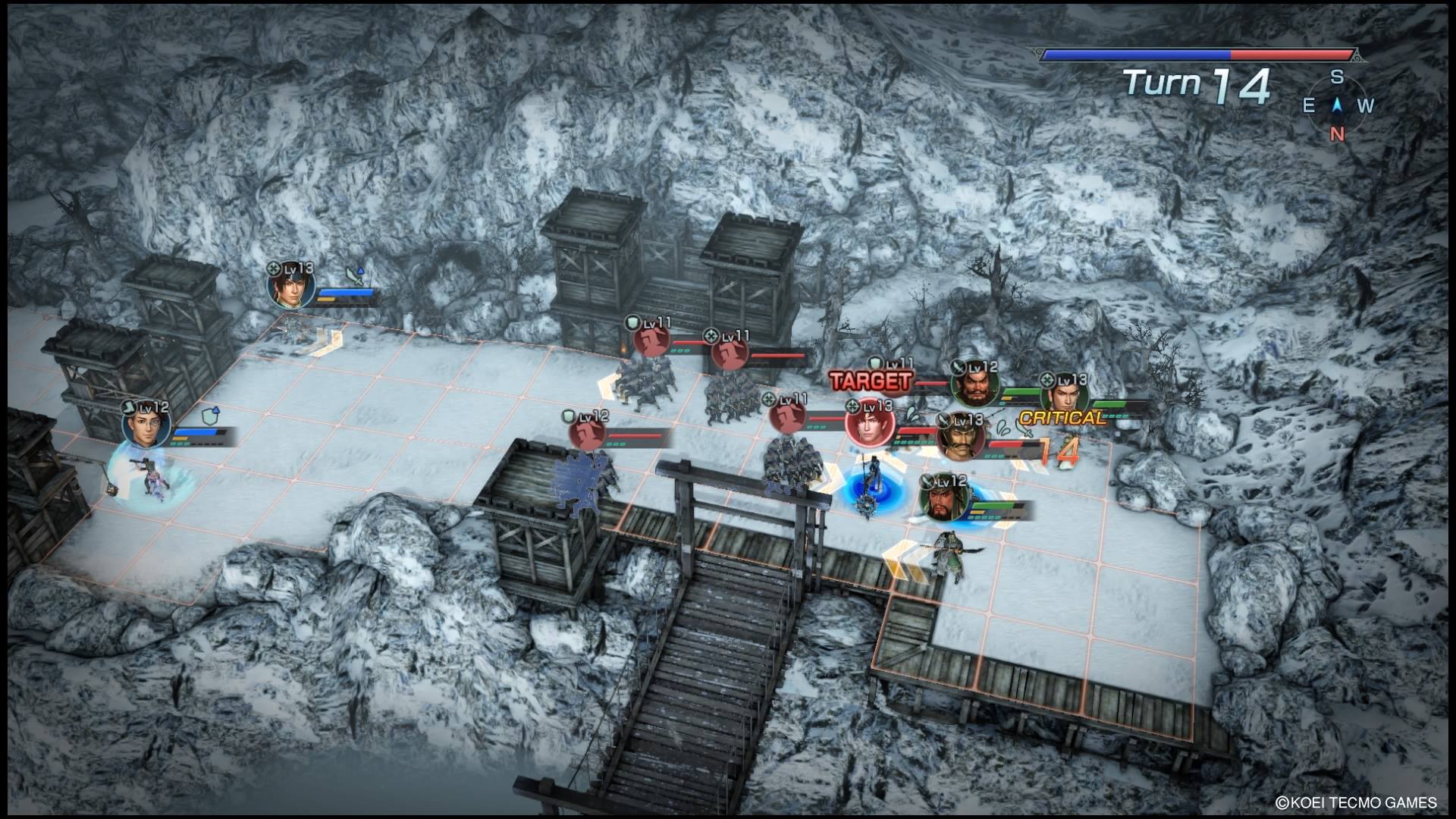 Dynasty Warriors: Godseekers is an unexpected game as it has been well over a decade since Dynasty Warriors tried venturing into the realm of tactics games. It’s very accessible and does not offer the same complexity of games like Grand Kingdom or Final Fantasy Tactics and it would not be inaccurate to call this a casual tactics game. That being said, it’s actually quite enjoyable either because of or in spite of its simplicity. The element of the Orbs of Power and Lixia make the story seem more like a legendary tale than the historical basis for the Three Kingdoms, but it does provide an interesting alternative version of the story fans have been playing through since the PlayStation 2 days. People looking for a traditional Dynasty Warriors or an extremely complex tactical game will not find one here. Fans of Dynasty Warriors who want to see those characters in a different arena and don’t mind a tactics game that has pick up and play accessibility, however, should get a lot of enjoyment out of this.