Yager’s Dreadnought is one of those games that has been in development for awhile. A common booth at PAX shows, it seems like I have played more rounds of this title at conventions than I have some games that I have at home. This isn’t a complaint; the tactical capital spaceship combat is both tense and satisfying, offering players of different skill levels a path to contribute to the success as a team as a whole while piloting the deliberate, slower ships. It is not a dogfighter. This free-to-play title manages to standout among the crowded offerings using the same pay model by offering an experience that feels and plays different, while looking bloody good.

At this most recent show, I had a chance to try out the PlayStation 4 version of the upcoming game. The statement about it looking good still stands on the reduced power of Sony’s geometrical experiment. Light reflects off of hulls in a dazzling manner, smoke trails follow each missile in a volley believably, and the beam and futuristic sci-fi weapons glow with malevolent lethality. What’s really impressive is that the build on hand used only the power of the stock PlayStation 4. They haven’t even tapped into the Pro yet. 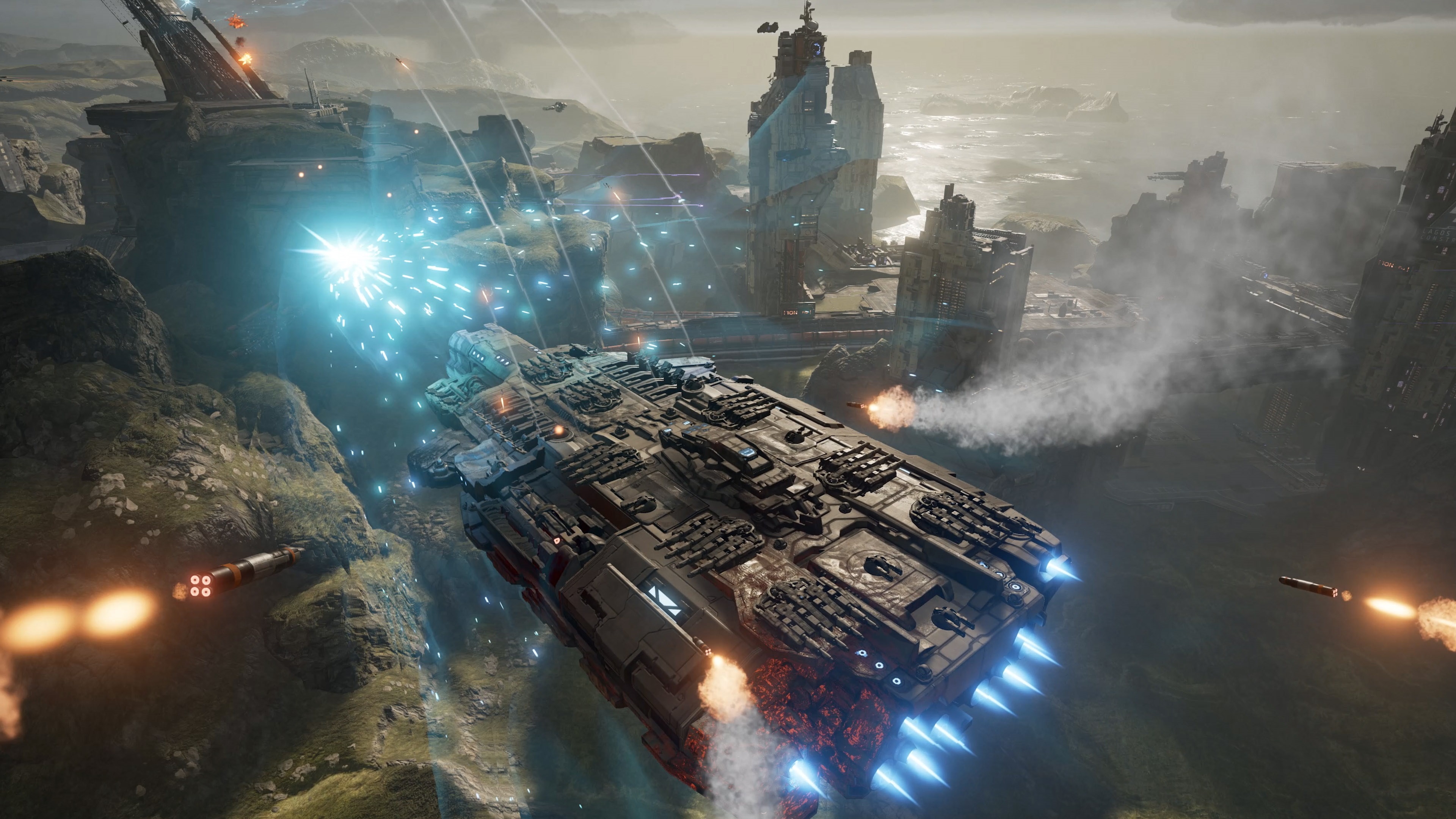 Still, folks with a beefy PC will still be able to feel superior to the console players. The textures weren’t as sharp on the PlayStation 4 as PC, and the explosions didn’t feel as powerful. It’s not like PlayStation players will be left feeling short changed, but the hardware difference is recognizable to a player that has grown used to the PC version. It should also be noted that the game is still a work in progress and there are certain to be more enhancements and modifications to bring the fidelity of the two closer together.

That’s not to say that Yager is phoning this version in. The idea of bringing a version to consoles was always part of the plan, and the layout that they have for controllers works well due to a gloriously intuitive design. Using one of four equipable special attacks or powers are mapped to the face buttons, ascending and descending to the bumpers, and pushing more power to engines, shields, or weapons is a simple swipe of the touch pad. One could be forgiven for thinking that this was the intent all along, as the inputs are so well thought out. Indeed, it wasn’t until after I navigated a canyon to set up a surprise attack from below that I realized that I hadn’t even thought about the actual way I did it. The same could not be said about the PC version, though that could just be because of how I tend to play games. 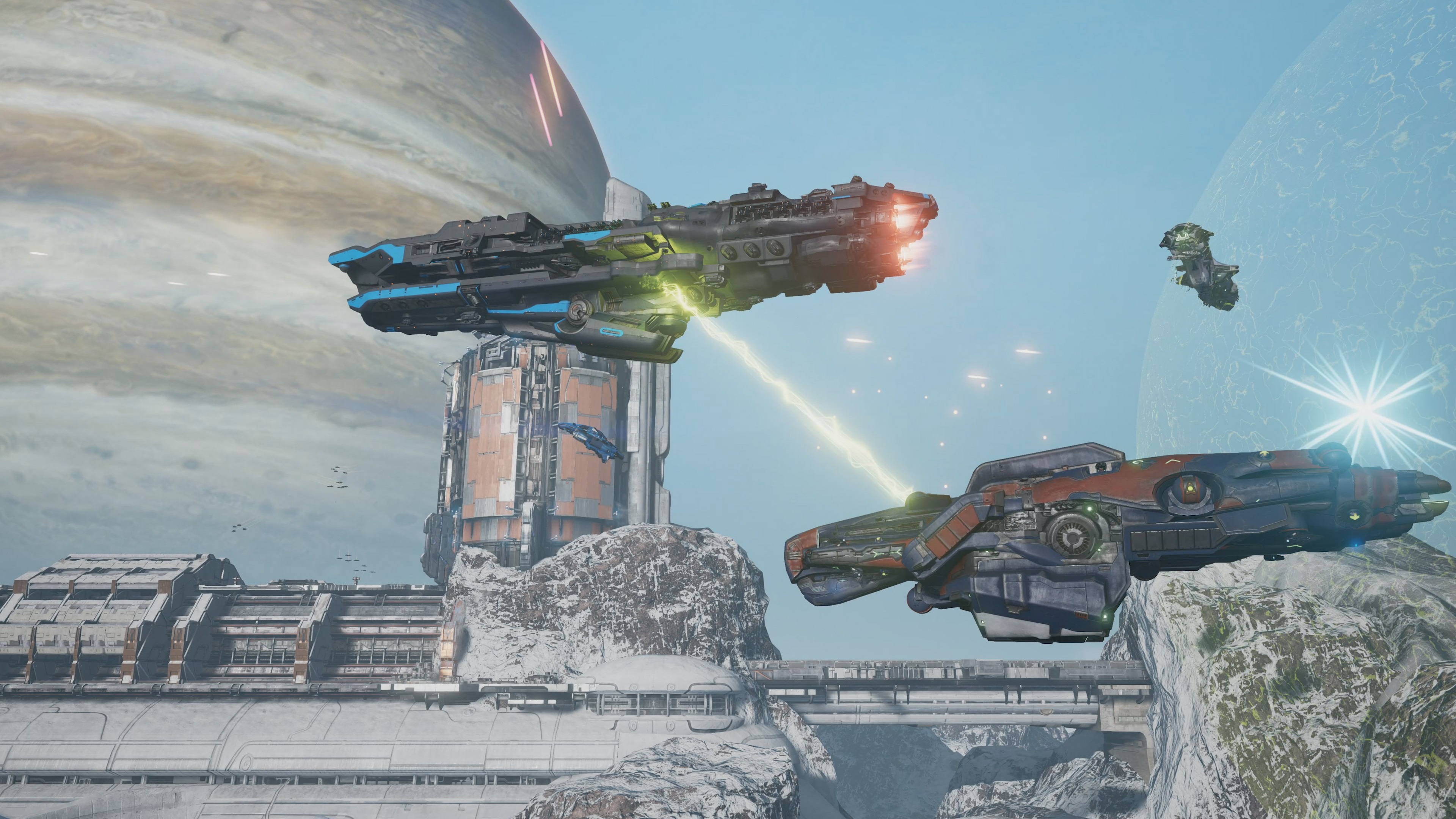 The developer is extremely focused on keeping players in the action. While customizing ships is meant to be a huge part of the experience, they have come to the conclusion that the interface wasn’t snappy enough to keep players engaged. While I wasn’t able to witness the update, it was promised that updates will be made in both the Beta PC version as well as the upcoming PS version to improve this experience. The PlayStation beta is due to hit later this yer

It should be noted that, for now, the console version is exclusive to PlayStation 4. The studio has nothing against Microsoft and their Xbox One, that is just where the deal is as of this moment. They certainly are not ruling out a version of Dreadnougt for the Xbox, but it isn’t currently in the works. 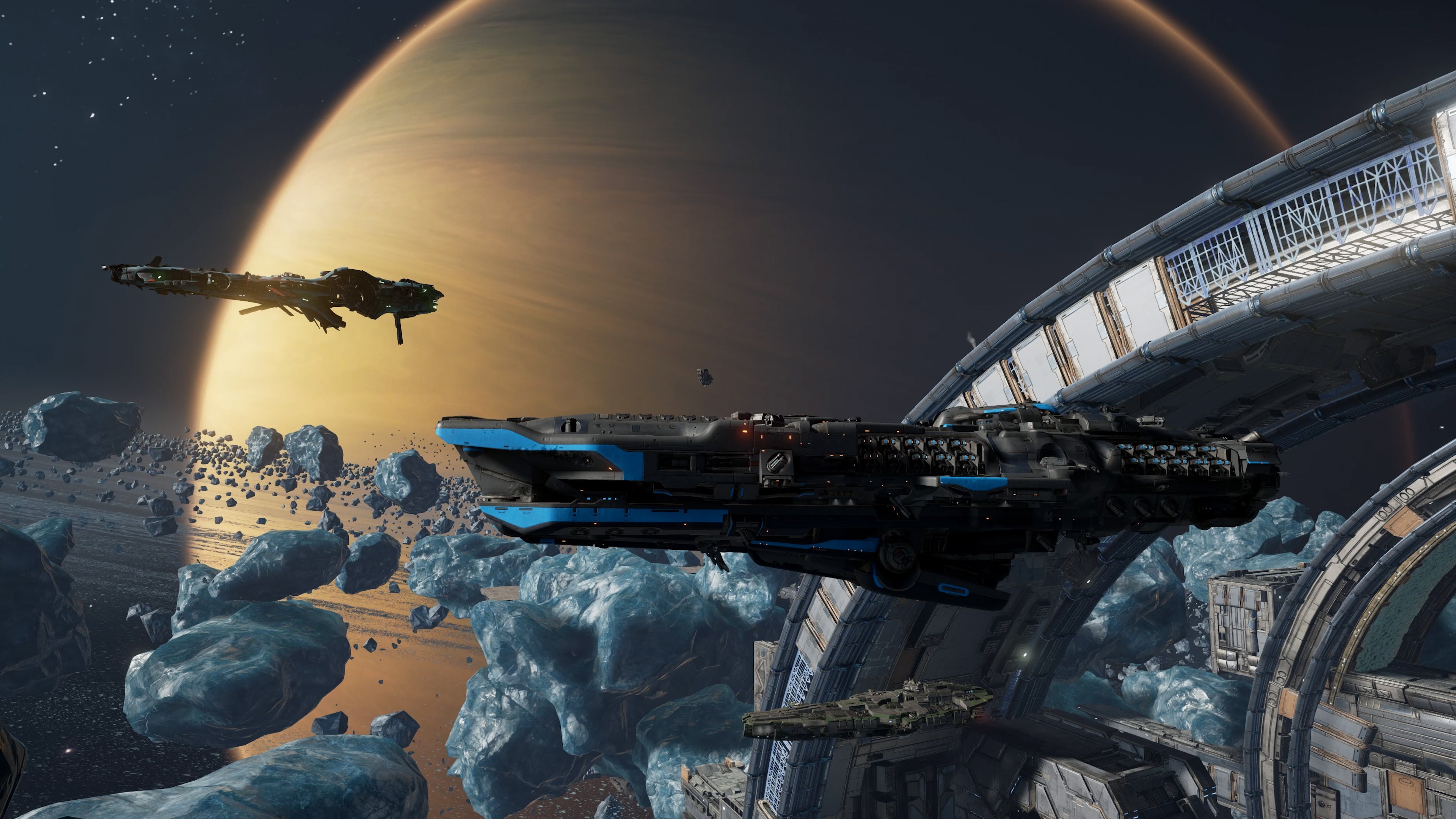 One last little side note: the developer, Yager, is best known for the exemplary Spec Ops: The Line, a game that was heavily based on Joseph Conrad’s Heart of Darkness. Finding myself curious about Yager’s opinions on the just-announced Apocalypse Now game, which was also based on the same book, I asked a PR rep, but unfortunately they didn’t have an answer. Should I get one, I’ll be sure to pass it along.