2K Games and Hangar 13 have laid out their roadmap for Mafia III’s upcoming story expansions.

The story of Mafia III continues this spring when the game’s promised DLC story expansions begin arriving. The game has seen plenty of free content over the past few months, but now it’s time to get to the juicy content. Here’s a quick look at the roadmap so far, and what is coming in the future: 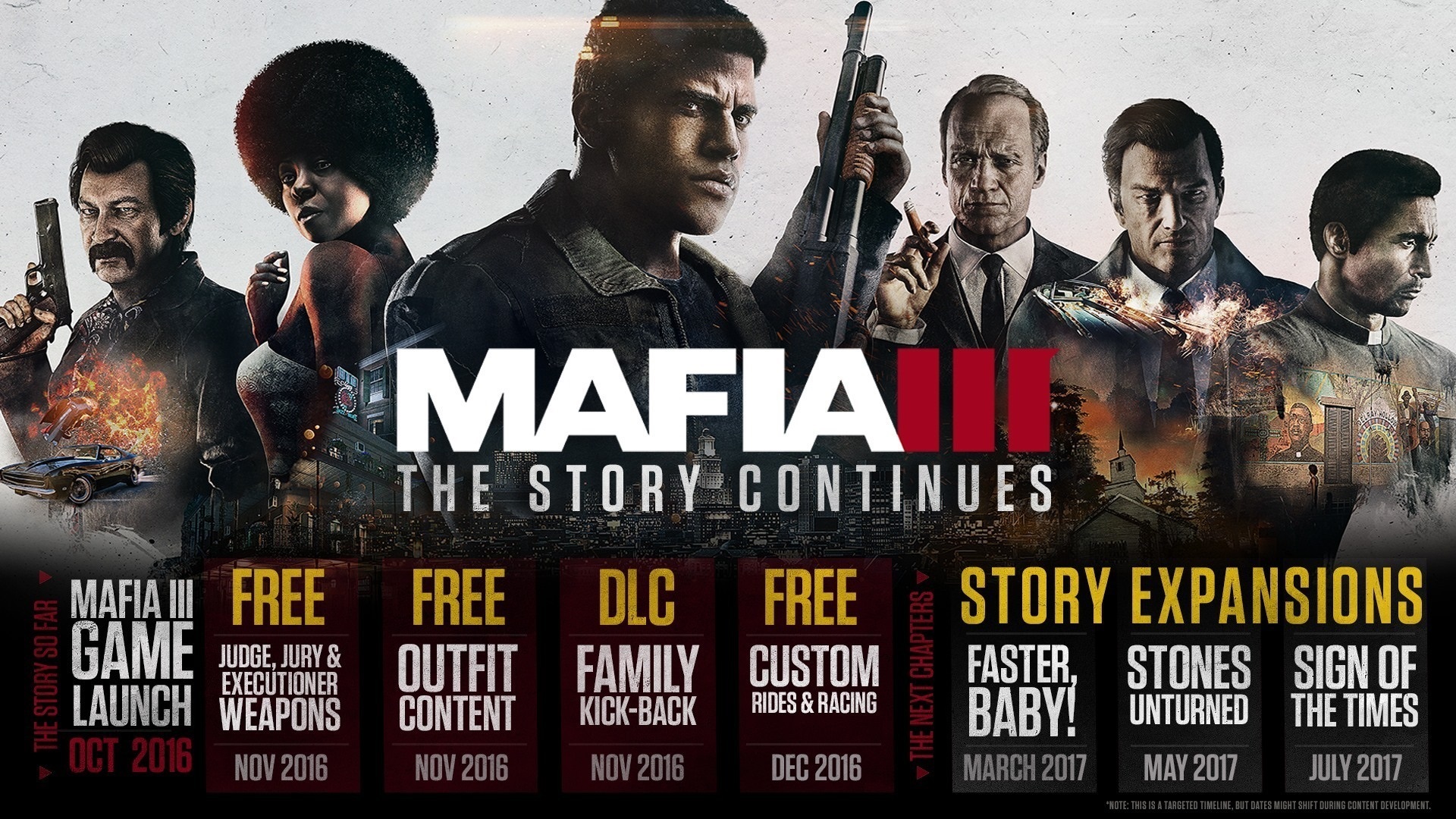 It all begins in March with Faster, Baby, which will take players to an entirely new area of New Bordeaux. The remaining story expansions will arrive on PS4, Xbox One, and PC in May and July. Here’s a quick breakdown of each expansion: