Ask most sportsman about hunting, and they will tell you that most of their enjoyment comes from the actual hunt, not just the actual bagging of their prey. Newcomer developer Phoenix Labs is emphasizing this feeling with their upcoming free-to-play title, Dauntless. The studio, founded by ex-Riot member Jess Houston, is working hard to make their game a destination title for players. This isn’t meant to be something played in short bursts; it is about the long haul.

There are two immediate and obvious influences that show through in their first public showing: Monster Hunter and Dark Souls. The influences from the former are evident in the fact that equipment dictates the player’s character class. Players will not be stuck with a singular build based on a rash decision made early in the game. Instead, they will be able to swap out weapons and armor between hunts, changing up their skills. The Souls influence comes into play with the actual fights themselves. The creatures being hunted are large and difficult to take down, requiring smart mobility and knowing when and how to strike to ensure survival. 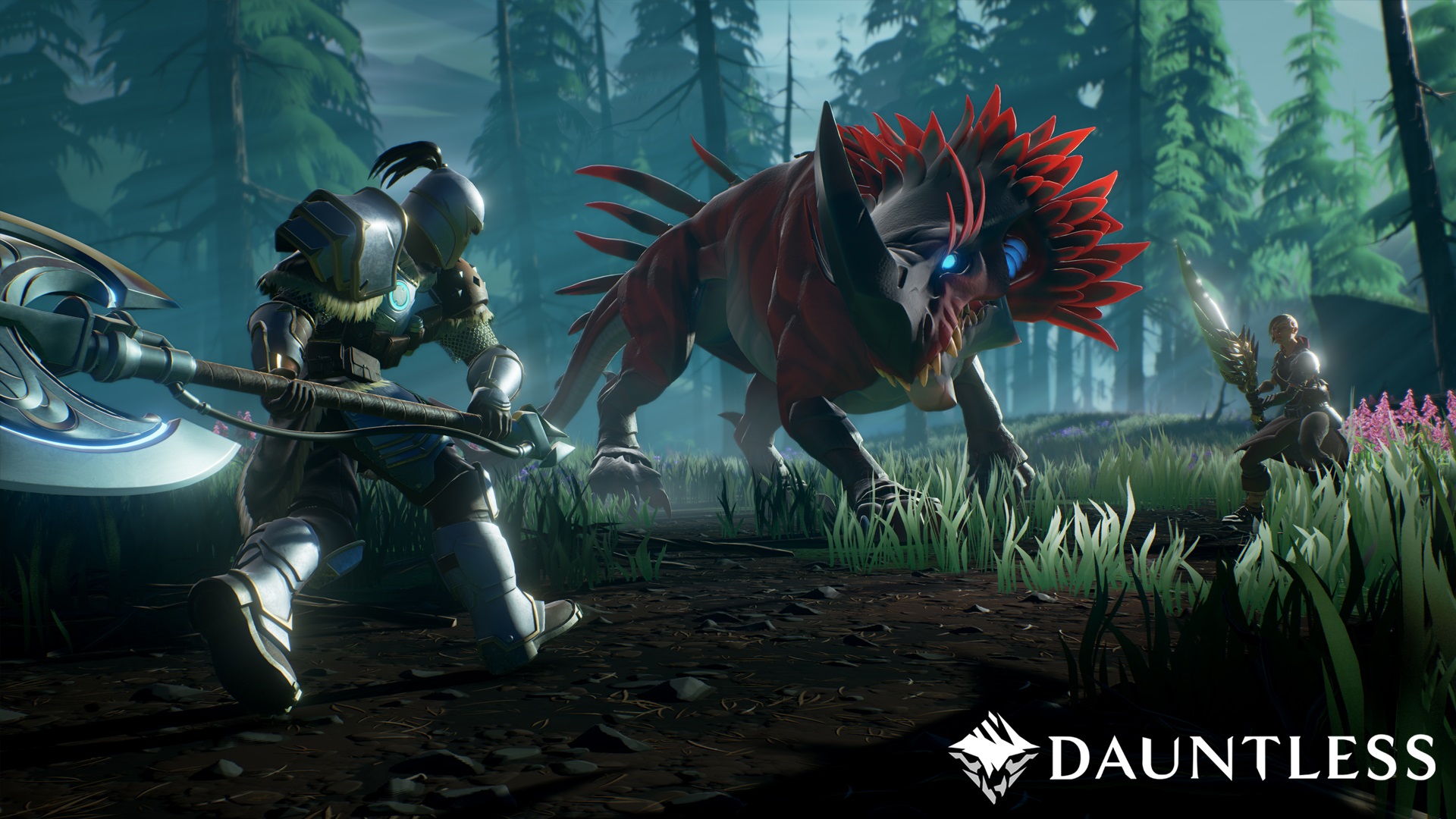 The fact that the title takes cues from Monster Hunter does not mean that players will wile away their time searching environments for mushrooms and tree bark. This is a game about the fight. After kitting out players will search for other players to join a hunt. Once everyone is ready, they take to the field. In the demo I experienced at the show, we opted for the slightly easier Shrike, an owl-like creature with malevolent glowing eyes and a penchant for ranged attacks. The other three in my group closed in and began doing close range damage with hammers and swords. Swinging, dodging, and picking each other up when we go down, we managed to do some real damage to the thing at a heavy cost. Eventually, the Shrike picked itself up and flew elsewhere on the map.

After a somewhat prolonged search, we eventually found the creature and began the attack anew. Raw cuts could be seen through the feathers of the beast, and it began acting in a more enraged manner. Frankly, it was pissed, and deservedly so. Taking turns with tackling my teammates and myself, the beast did everything in its power to defend itself. Were it not a blight that needed to be removed, one could be forgiven for feeling a twinge of pity. That is, until it slams a friend into the side of a rock. Though this was to be an easier battle, eventually all of the hunters fell, out of life restoring potions and unable to revive each other. The creature lived, but that will only be a temporary state of being. 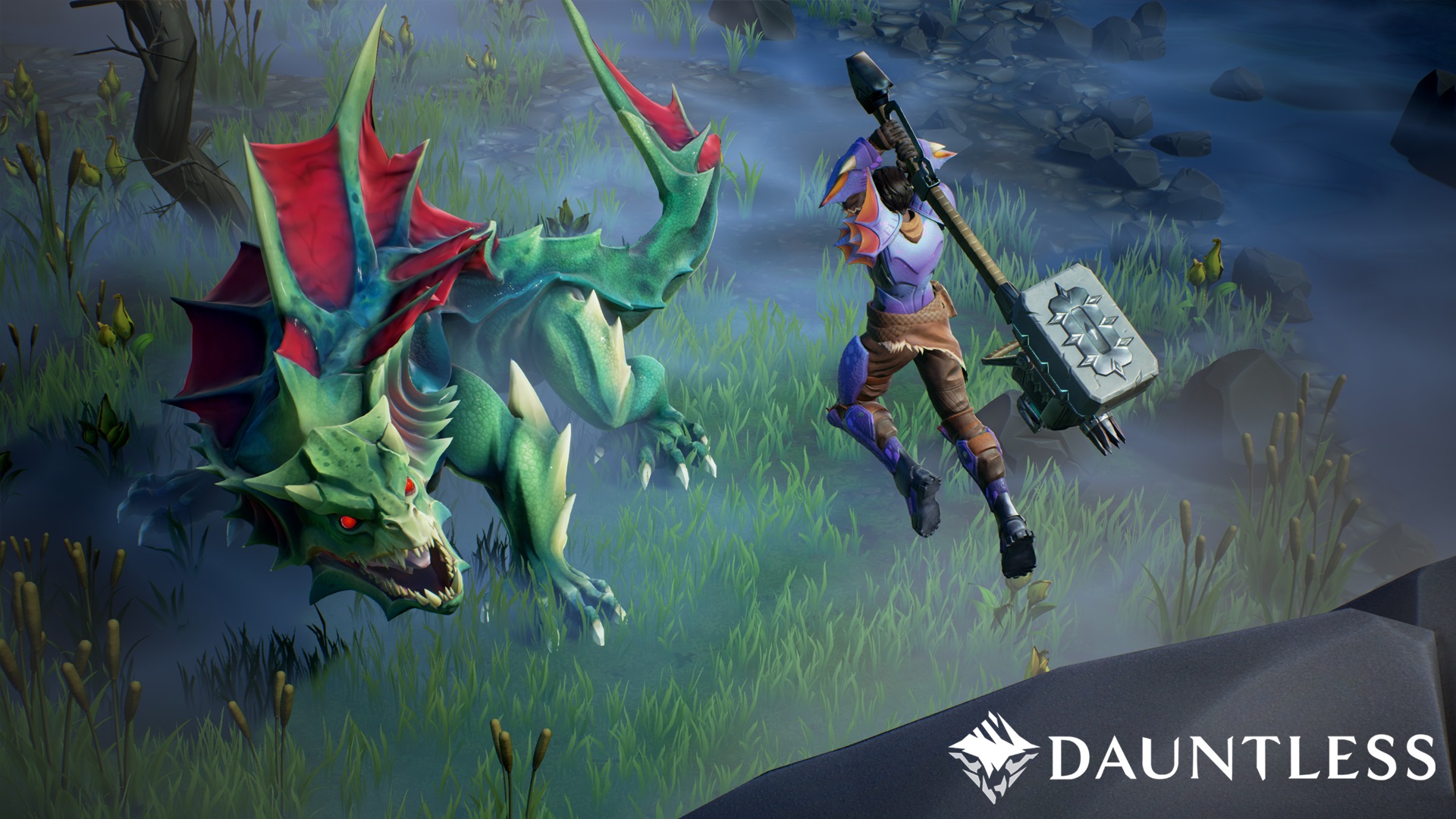 One of the main allures of this title lies in the monster design. The Shrike that we faced was menacing but beautiful to behold. Though it’s a being based on fantasy, it does actually look like something that could have evolved in nature had things taken some wildly divergent paths. The other available beast to attempt to best came in the for of Pangar, a difficult beast that looks to be part armadillo and part bed wetting nightmare. These things were large and imposing, while also showing off some impressive design and texture work. One must also wonder how we are to fight more than one at a time, which will happen in the game, when just one was so destructive.

The answer to that question lies in upgrading equipment. After each successful hunt, players will take their spoils from the beast, components that can be used to upgrade their own tools of the trade. With a progression layout like this combined with the fact that this is a free to play game, there could be serious concerns about the business model breaking the game. I was assured by founder Jess Houston that this would not be the case. Purchases will come in the form of cosmetics, such as armor dyes, and loot drop enhancements, such as maybe getting two theoretical chunks of lizard anus (not a real reward. I think) instead of just one. They will be careful to ensure that those with this type of boost active will not diminish the returns of a player on the same hunt without. 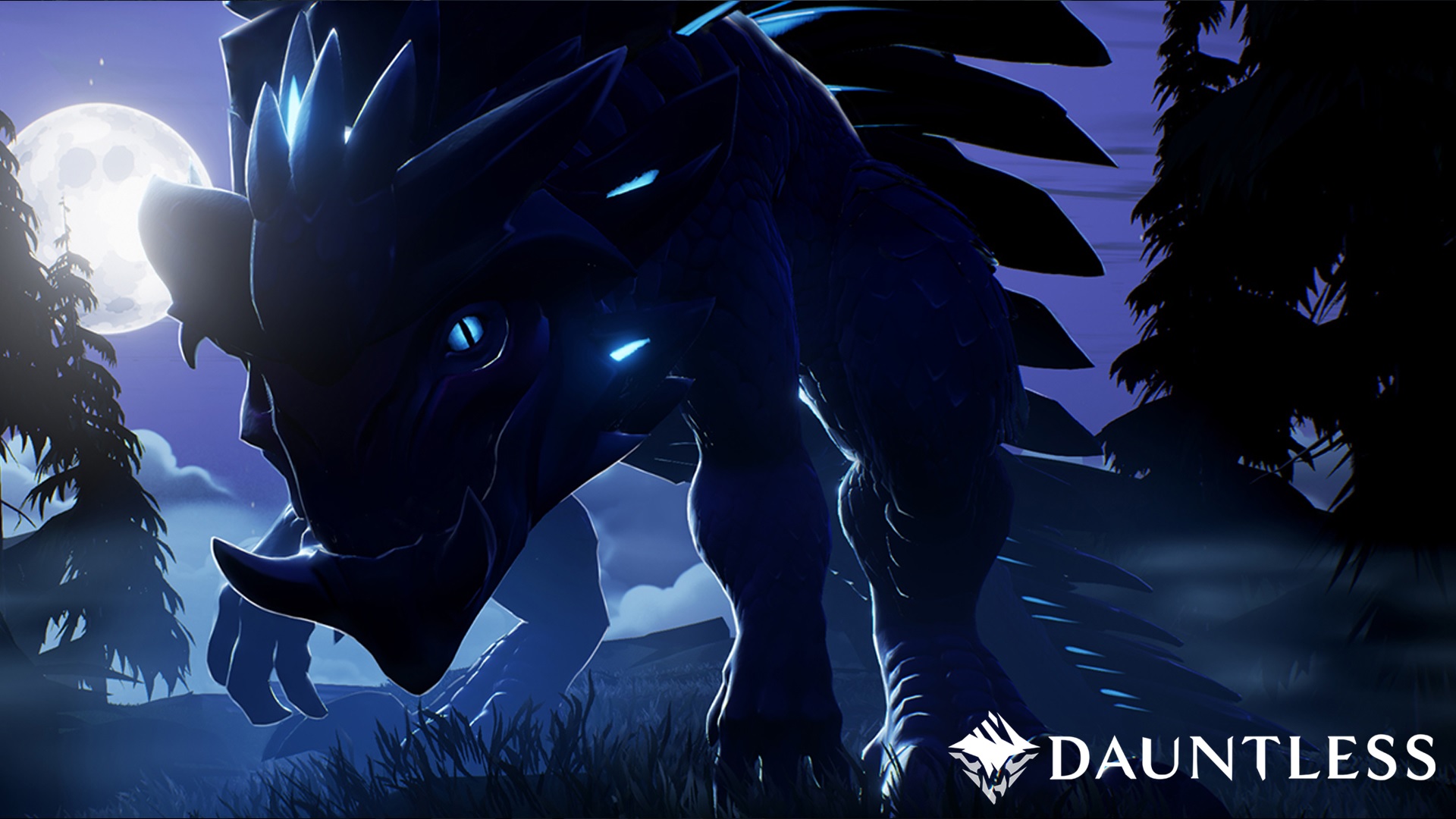 All in all, Dauntless had a fantastic first public showing at PAX South. Attendees were drawn to the impressive creatures and the meaty combat, with many hoping to be part of the first group of the show to take down the difficult Pangar. From the sounds of things, I’m not certain anyone actually did best this challenge. I’ll be taking a stab at it when the game becomes available later this year.