The streets of the village are filthy. Covered in dust and who knows what else, I crawl to a window, hoping to scout out a much needed area for capture. Through a mix of cowardice and damn dumb luck, I am the last survivor in this failed onslaught. Charlie knows the land. More importantly, Charlie knows how to use this information to hurt. In order for the deaths of my fellow soldier to mean anything, I have to take this objective. Unfortunately, the enemy is aware of this. From some bushes to the lower right, a crack of a rifle fills the air, and my last thoughts decorate the dusty room behind me. This isn’t Call of Duty.

That pretty much capped off my playtime with Tripwire Interactive and developer Antimatter Games’ Rising Storm 2: Vietnam, a tough as $%^& competitive shooter that emphasizes realistic bullet physics and even more realistic consequences for getting hit with said munitions. Get hit in a non-lethal place, and the player stills needs to bandage up to avoid bleeding out. That doesn’t come up very often, as getting shot with the types of weapons found in war has this silly trend of being deadly. 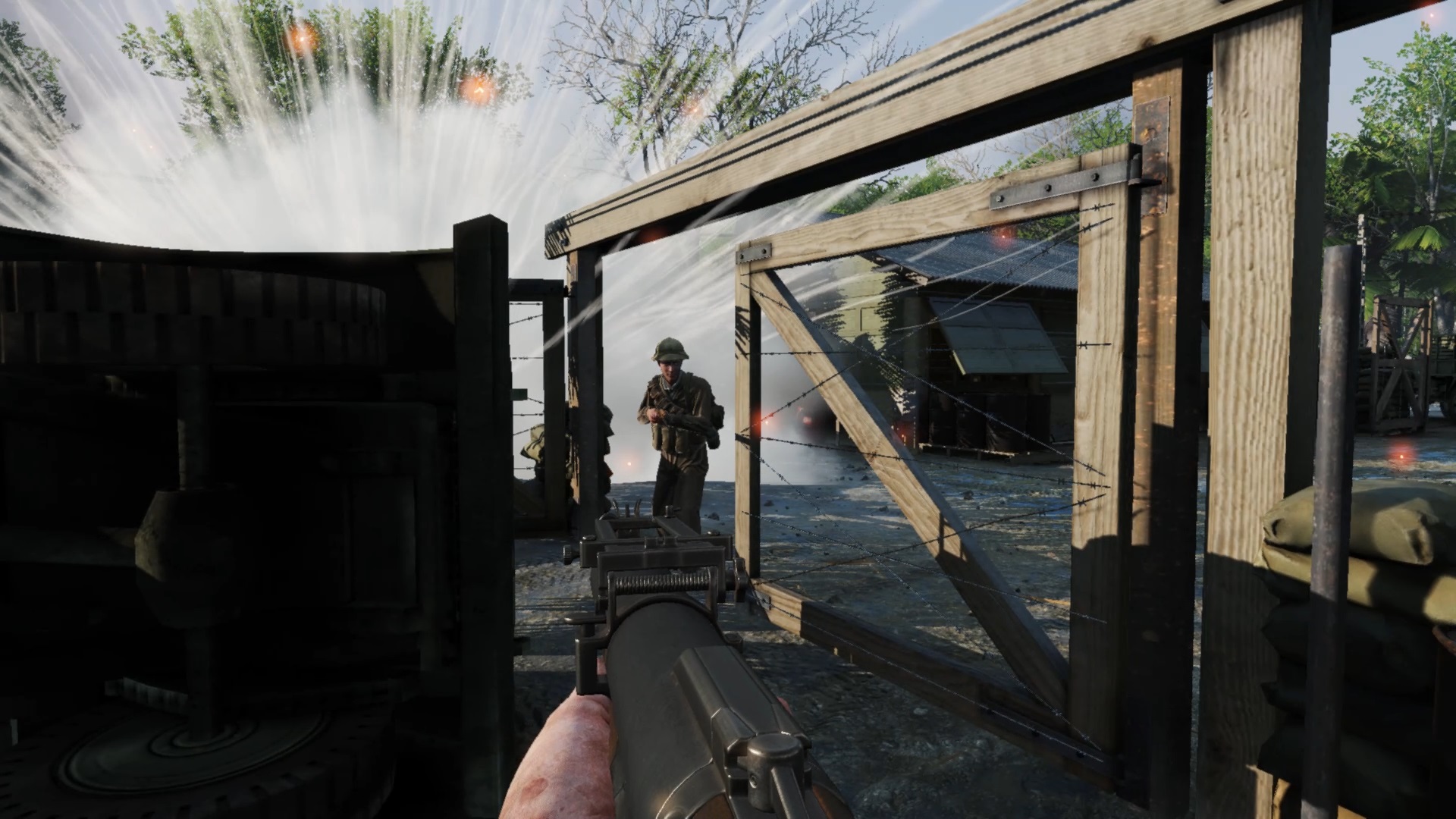 At PAX South, Tripwire was showing off a variation of one of the types of modes that will be found in the final game. The amount of warriors on the field had to be stripped down from the dozens per side that can be found in the normal game. Here, it was six on six, U.S. versus the NVA. The rules of this mode were somewhat simple: each team starts with two minutes of time where respawns are free and death is cheap. After that, dying is final. Additional time can be earned by capturing one of three objectives, Battlefield style. The last team with survivors wins. The final game will have 32 versus 32, helicopters, character customization, other modes, and more to round out the package.

The design of this mode is brilliant, to say the least. Unlike objective based modes from some other games, there is a real drive to go for a control point, while defending those that have already been taken. The spawn system combined with the unforgiving fighting means that idiots who don’t work with their team render themselves quickly inconsequential. They won’t eat up a dwindling supply of lives with their stupidity as they try to up their kill/death ratio. Of course, there is still friendly fire to contend with, a fact that my team accidentally learned…. 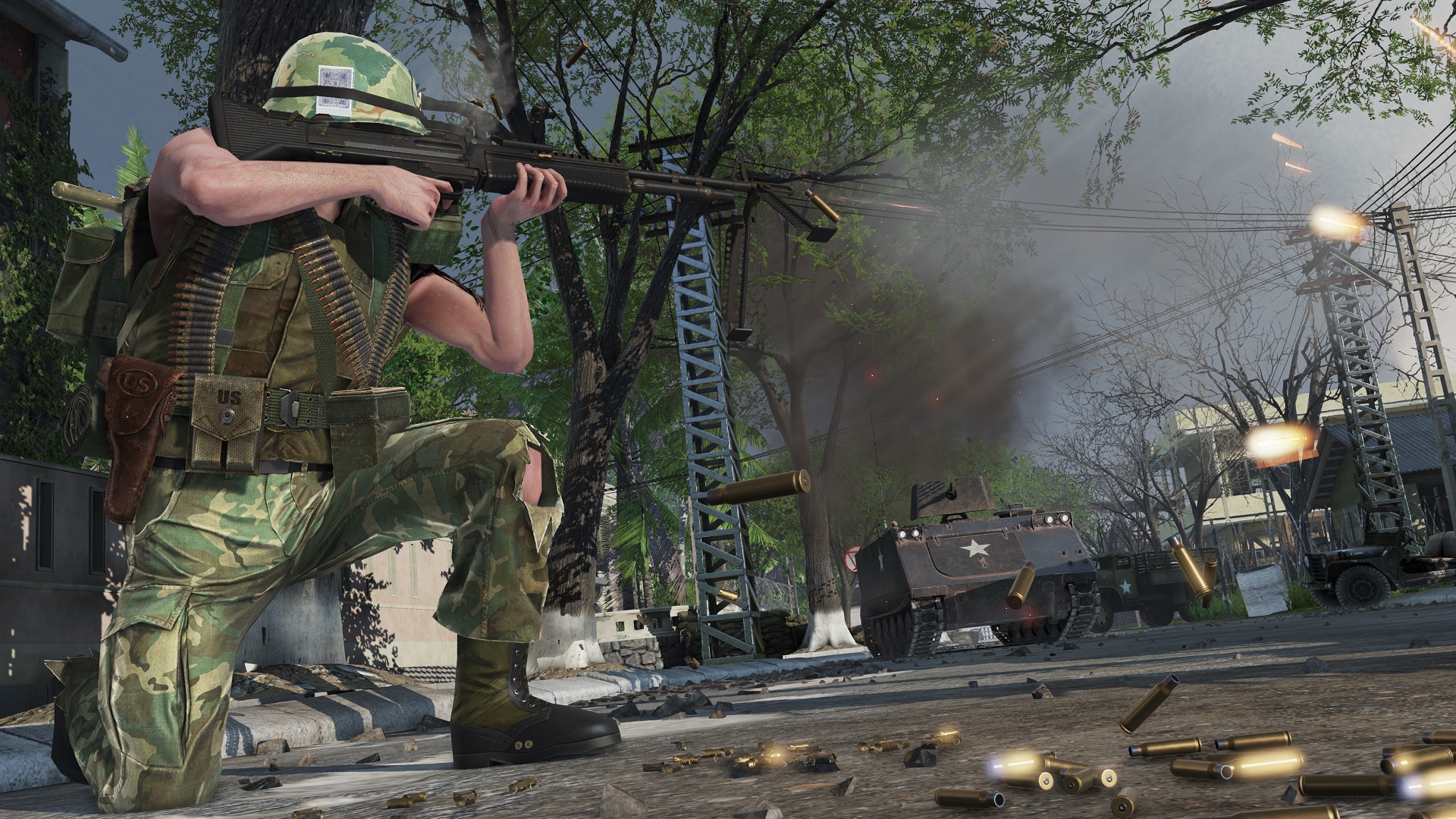 The really interesting thing about Rising Storm 2: Vietnam is that I am painfully bad at it. Incredibly, woefully awful. I only managed to get one kill to my name and only assisted with capturing a few objectives. Instead of finding myself frustrated, though, I have this desire to get back into the game to try again. I want to be better. This might be due to the satisfying sound work. Explosions have punch, and finding active incursion points is as easy as following the sound of gunfire. It could be the fact that every shot fired matters. This is an action game with heavy emphasis on thinking. Though my overuse of common colloquialisms doesn’t indicate this, but I like thinking. Most likely, I am simply a masochist who isn’t having fun unless I am frustrated. My wife might argue the most for the latter.

Tripwire Interactive knows what they are doing with their multiplayer-focused titles. Last year’s release of Killing Floor 2, along with Red Orchestra and previous Rising Storm titles prove it. This pedigree alone gives ample reason to be excited about this upcoming installment. Fortunately, my word doesn’t have to be taken on this as a beta will be opening up soon. It is absolutely worth checking out now instead of waiting for the final release.