The next update to the PlayStation 4 software, 4.50, brings with it many of the enhancements players have been looking for and some they didn’t know they wanted. 4.50 adds an additional feature to the PlayStation 4 Pro as well, and it’s called Boost Mode. But what does boost mode actually do?

Beta testers found the feature tucked away in the System Settings of their PlayStation 4 Pros. Mladen Tapavicki, a PSN user, posted this image showing the new setting (via Polygon): 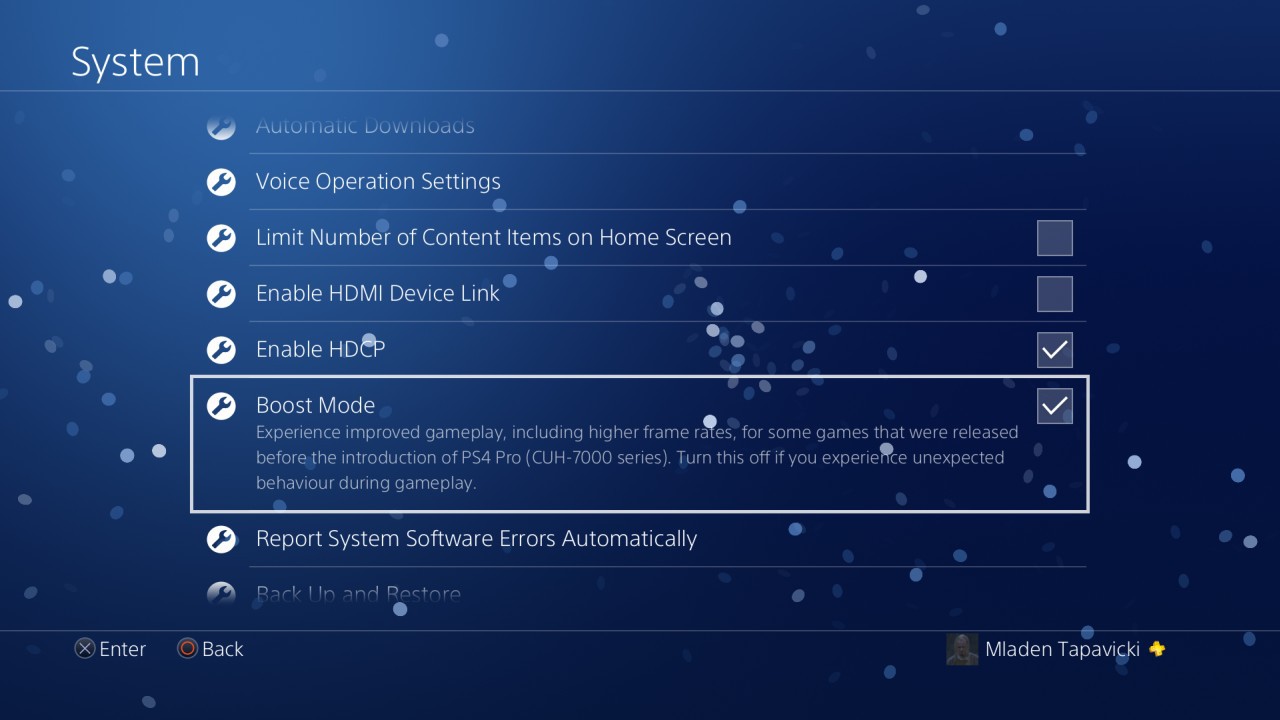 The small description below the options says that Boost Mode allows for, “improved gameplay, including higher frame rates, for some games that were released before the introduction of PS4 Pro (CUH-7000 series).”

A PlayStation spokesperson also provided Polygon with this statement about the feature.

“Boost Mode lets PS4 Pro run at a higher GPU and CPU clock speed for smoother gameplay on some PS4 games that were released before the launch of PS4 Pro (and has not been updated to support PS4 Pro).

Games that have a variable frame rate may benefit from a higher frame rate, and load times may be shorter in some games too.”

So it seems Boost Mode will allow players to ramp up the frame rates of games that have yet to get a PlayStation 4 Pro patch. Players have reportedly had varying levels of success when it comes to games working with Boost Mode in the intended way, but of course, this feature is in beta, and hopefully the final version will be able to consistently enhance all games.