This seems an obvious pick for this edition of Lowered Expectations. Capcom’s seventh numbered installment has taken the series in a new, exciting direction, capitalizing on updated technology in order to inject actual horror into a franchise that’s long been relying on overblown cheese. In order for a series to be poised to rise from the ashes, it first had to burn down. Based on the critical drubbing and disappointing (for the company) sales, Resident Evil 6 served the purpose well. Reported to be overblown and aimless in focus, it is perfect for a fresh perspective. For the purposes of this piece, it should be noted that the PlayStation 4 version was the one perused. For the purposes of brevity, blech.

It must be stated that I am burned out on zombie fiction, especially in games. I’ve probably said this before, but a game that features zombies as the adversary indicates one of two things: either the developer does not want to figure out how to program decent AI, or they are out of original ideas. Despite the genre permeating the market for years, the public at large disagrees. That said, the Resident Evil series does enjoy a pass both because of its age, and the fact that Capcom has been willing to shake things up with foes like the mutant plant infected things that populated part 4. Resident Evil 6 relies heavily on the classic zombie style, which makes for a duller, repetitive experience. This is the least of its sins. 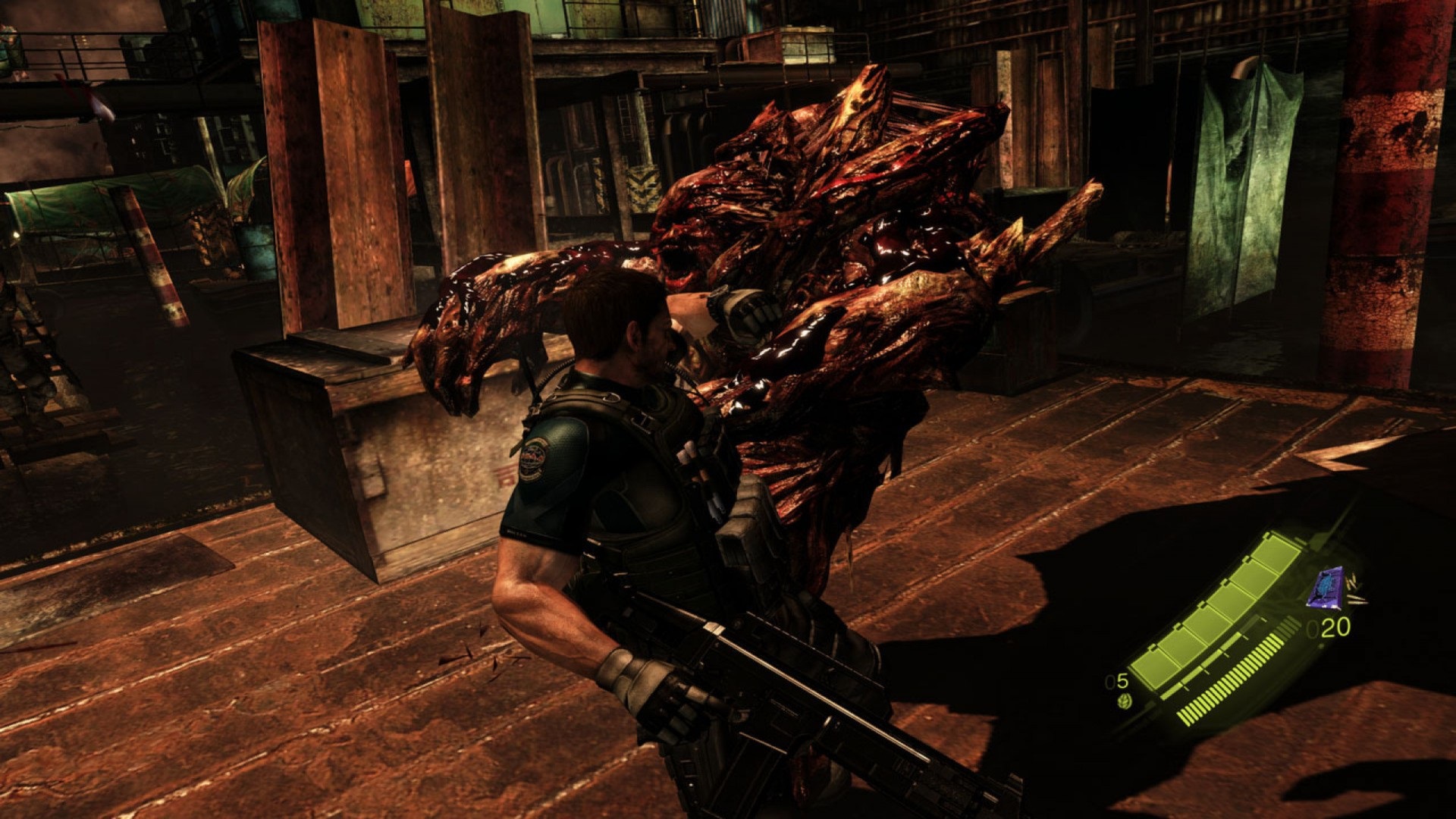 Taking place across four lengthy campaigns, the going theory is that Capcom couldn’t decide what they wanted to do with the campaign, so they did all of them. This leaves a title with a huge budget for CGI cutscenes, but a shallow pool to play in in each campaign. Take Leon’s campaign, for example. The levels quickly devolve into a haphazard maze of repeated environmental elements. I’ve been to more burial sites than I would care to remember, but the way that it’s laid out in his level leaves one to wonder at both the budget and planning skills of the proprietors. It’s nonsensical and dull. The same can be said for most levels in each campaign.

The same can be said about the plot. Frankly, I just played the silly thing, and the contents of the stories make no sense. Yes, there is a sense of peril at times, but even moments that are meant to carry an emotional impact, such as the death of a character’s mutated sister, is presented in a tone deaf, “isn’t this cool” style. Everyone is an action hero, performing death defying jumps and narrow escapes. The player quickly grows numb, developing a callous over their soul, based on the pointlessly overblown pacing that Resident Evil 6 feels compelled to blast across the screen.

This might even be forgivable if the basic mechanics were able to create a fun experience. People might be willing to forgive a heavily action focused departure if the game were good. In essence, though, the game is a terrible third person shooter. C-virus zombies love them some guns, and they are happy to show it. In order to combat this, players can now move while aiming and shooting, but the controls still feel tied to the title’s prequels, feeling dated and clunky. Fortunately, ammo is now plentiful, so taking the spray and pray route is a viable option when dealing with hordes of zombies. It’s just so aggravatingly tedious. Fortunately, either the issues with the quick time events were solved after launch, or the problems were exaggerated. There are way too many of these sequences, but they seemed to work as intended. Not to argue that the intention was worthwhile, but these parts aren’t broken. 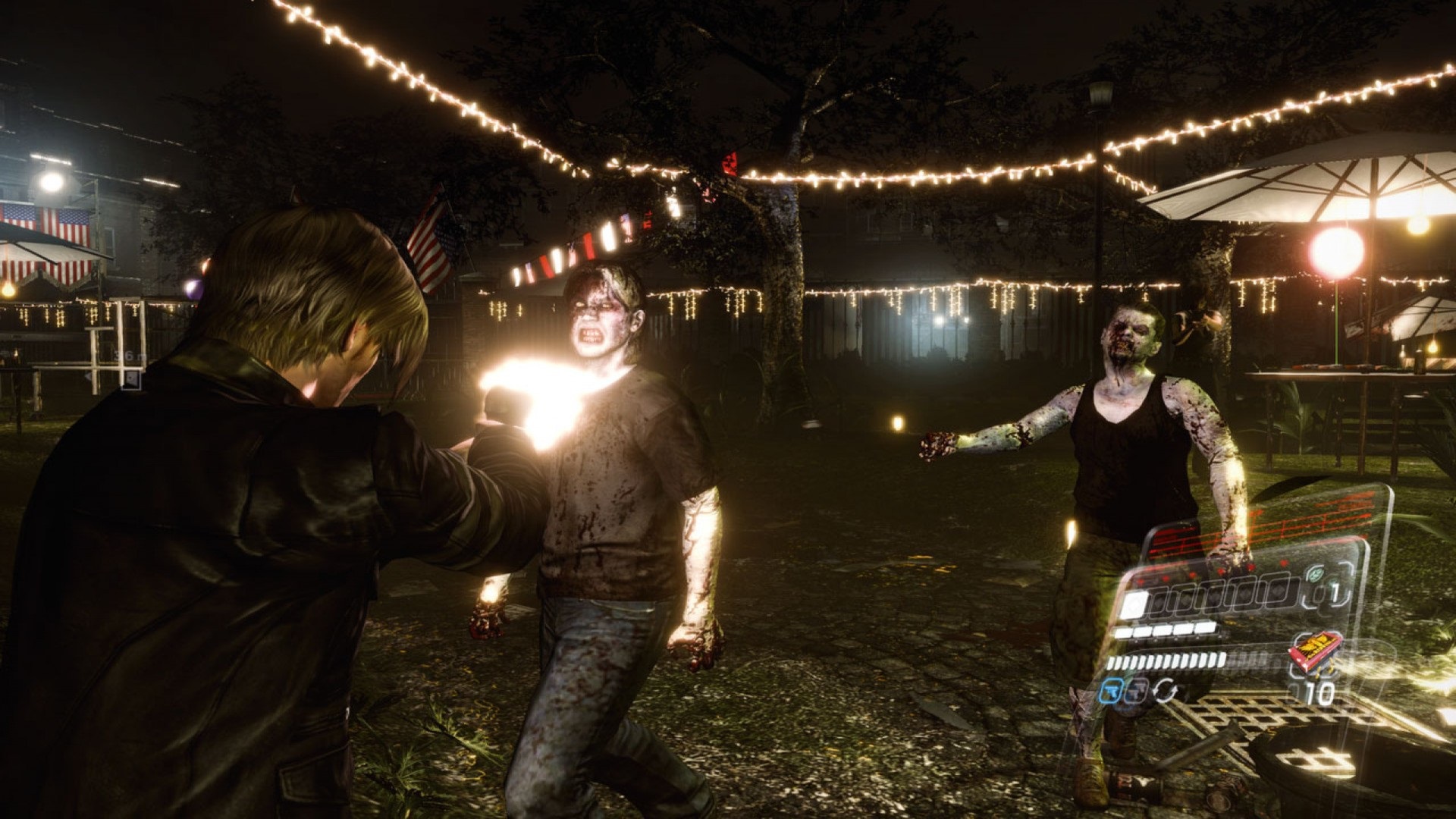 The biggest issue with Resident Evil 6 comes down to the fact that Capcom just didn’t focus on creating a good core experience. Hoping to bring in new fans while pleasing old ones with a big budget AAA title is understandable. The desire to create four overlong, meandering campaigns, however, means that the creativity of the designers was divided into four sections. The end result is a heaping mess on a disc. Resident Evil 6 is like a trip to Golden Corral. Yes, there is plenty in which to partake, but none of it is good. It got to the point where I simply couldn’t stomach anymore. Since this isn’t a proper review, there is no guilt over here for cutting the experience short. The cutscenes are pretty, but the story is stupid in all of the wrong ways. We all saw this direction start with Resident Evil 5, but we didn’t know how far down the sewer it would go. The best thing about Resident Evil 6 is this: the graphic design they used for the number sixth looks like someone giving a giraffe ***censored***. That, and the disappointment from that might have crashed hard enough to wake Capcom up and make a good seventh installment.