In a world of soft-reboots, Activision looks to be steering in that direction with the next Call of Duty. Last year, Electronic Arts and DICE released what might be the best of the Battlefield series with Battlefield 1. Meanwhile, Activision attempted to go more into the future with Infinite Warfare. While it came with a remaster of Call of Duty 4: Modern Warfare, most people did not bother to play the main game.

Activision will be going “back to its roots” according to a shareholder slide that was presented during Activision’s quarterly earnings call, with Call of Duty: Advanced Warfare developer Sledgehammer Games slated to develop this year’s iteration. Now will origins mean that it goes back to World War II or does it mean that it goes back to traditional Modern Warfare? We’ll have to wait to find out.

Check out the screenshot of the slide below: 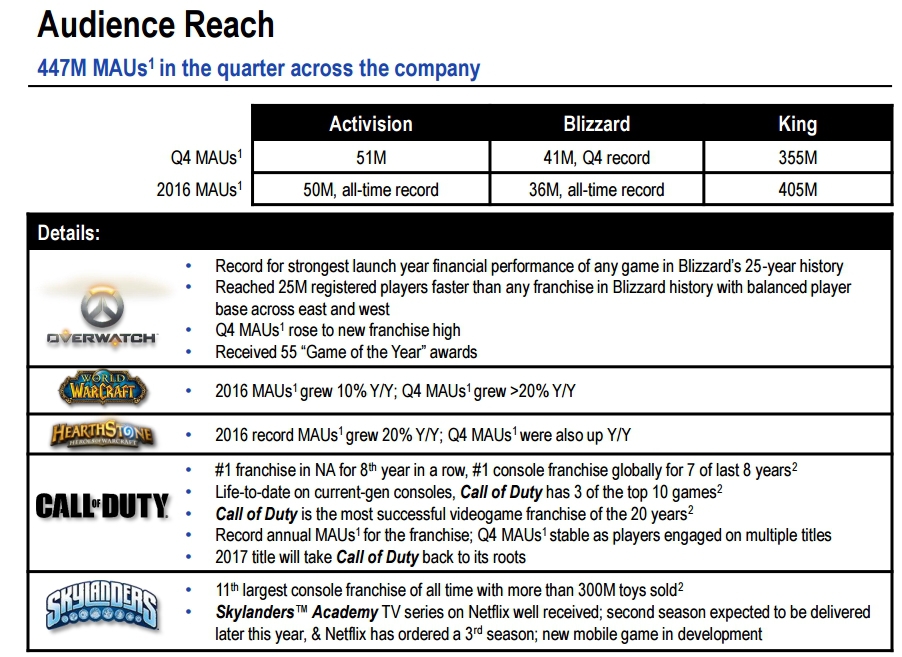