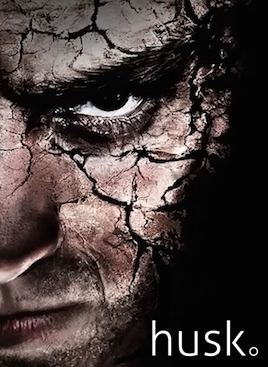 Speaking as someone residing within a small, fairly-isolated market town out in the more rural spots of merry Britain, I’m confident in my knowledge on the skittish anxiety and surreal nature these rather more conservative settings can often, unintentionally, spawn. To that end, the chosen setting for Polish developer UndeadScout’s newest take on the eerily unsettling claw of horror, Husk, is completely understandable. A game that mentions both Silent Hill and Alan Wake in the same breath — two ambitious calls to games of differing eras, each with their own psychological leanings in the genre. But with the industry now growing accustomed to first-person experiences, it takes a bit more than past influence-naming and a withdrawn sense of claustrophobia in an otherwise spacious, if withdrawn, setting for the real gems of contemporary horror to shine.

Husk itself is by no means a title that aims to shock with short-term bursts of fright. Or if it does, such moments are in very short supply. Instead most of its aspiration and clear-cut intention lies with the atmosphere and aesthetic of its primary Twin Peaks-esque setting of Shivercliff, a coastal town that thrives on shipping, the production of vacantly-staring mannequins (like a lot of recent horror titles it seems) and an abundance of ninety-degree corners interconnected by overly-long corridors and a narrative that is sounds both nonsensical (a lone character talking to himself to deliver exposition clearly aimed at the player) and like one has somehow flipped into a parody of the same creation whereby the supposed inner-demon voices are replaced by cartoonish voices in no way ironically trying to position itself as a menacing or otherwise terrorizing presence in the player-character’s mind.

Husk can be described quite easily as a game lacking any real clear-cut identity; coming across more like a malnourished replica of a game two decades its senior, while still…most shocking of all…offering space to some of the most basic errors in game design to surface. Be it occasional missing words/letters in dialogue, animation clipping, dialogue repeating over and a frame-rate that with V-Sync turned on and off, skirts from mid-20’s to mis-60’s in a heart-beat, Husk‘s performance issues are rivaled only by its sheer lack of inspiring or otherwise nonsensical gameplay. Because for all its deliberately greying and drained choice of tone, Husk by no means throws up a startling turn in level design here or a clever pull-of-the-figurative-rug there when it comes to the player trudging through the five-to-six hour run-time. 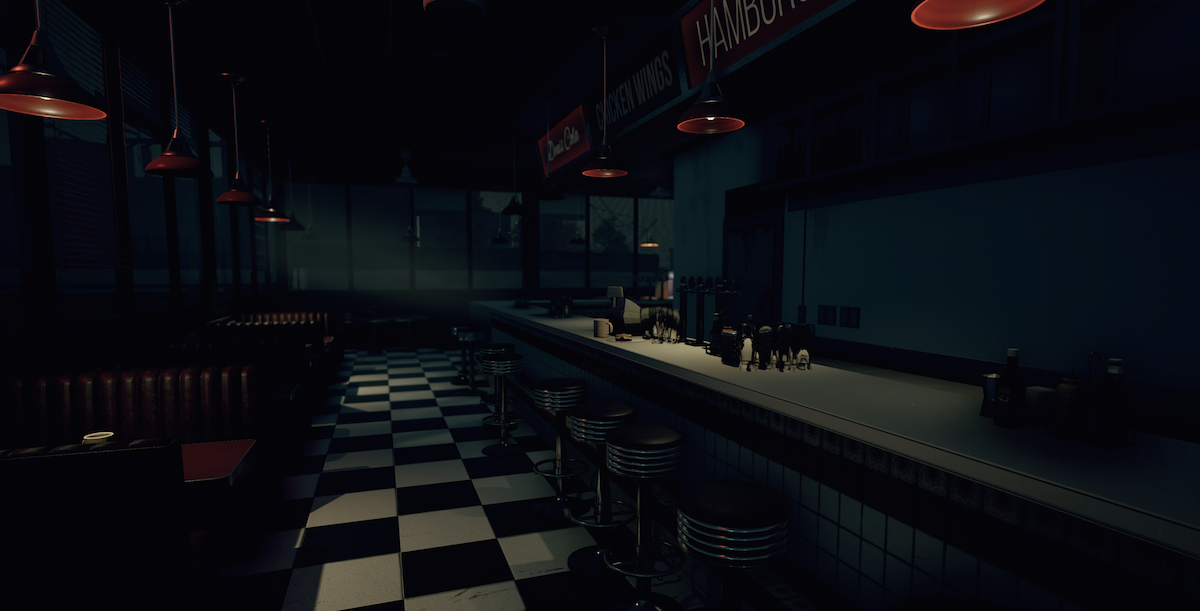 And for a game set within the mid-nineties, its all-round execution as a finished game feels adequately arranged around that line of thinking…and then some. Whether it’s the abundance of square/oblong-shaped interiors, empty environments (that don’t pertain to the game’s plot surrounding a seemingly deserted — albeit the odd unpleasantry making an appearance now and again — town) and generally uninspired locale choices, Husk offers little by way of environmental story-telling or fine detail to make any one of its settings, as nicely blended in as they most certainly are, warranting a second-glance. Ultimately, each section comes off more as if by way of some strict intention to cross-off but one more locale to-do on the check-list of mandatory settings in a horror title of this caliber.

Indeed, most — though not all — of Husk‘s execution feels dated and lacking any real significant polish to at least keep to the standards often expected of games in 2017. In-game models are rigidly basic with the more jagged of polygons clear to see; animation and sense of movement, for both player-character and enemies alike, feels deprived of fluidity and reliant on only a couple of varied types; contextual actions (from something as simple as opening a door to attacking) are riddled with bugs and often don’t activate upon a mere press of the button. Even with an added update to the game’s files, Husk still struggles to keep something as simple as opening a door from turning into a more freakish and unsettling scenario than the game’s premise itself. And the game’s programming deficiencies spill over into what can perhaps be described as its primary combat; players having the option to either stealthily sneak past certain monstrosities they come across mid-way or to fight them head on with either melee-style punches or firearms scattered over the course of the game’s length. 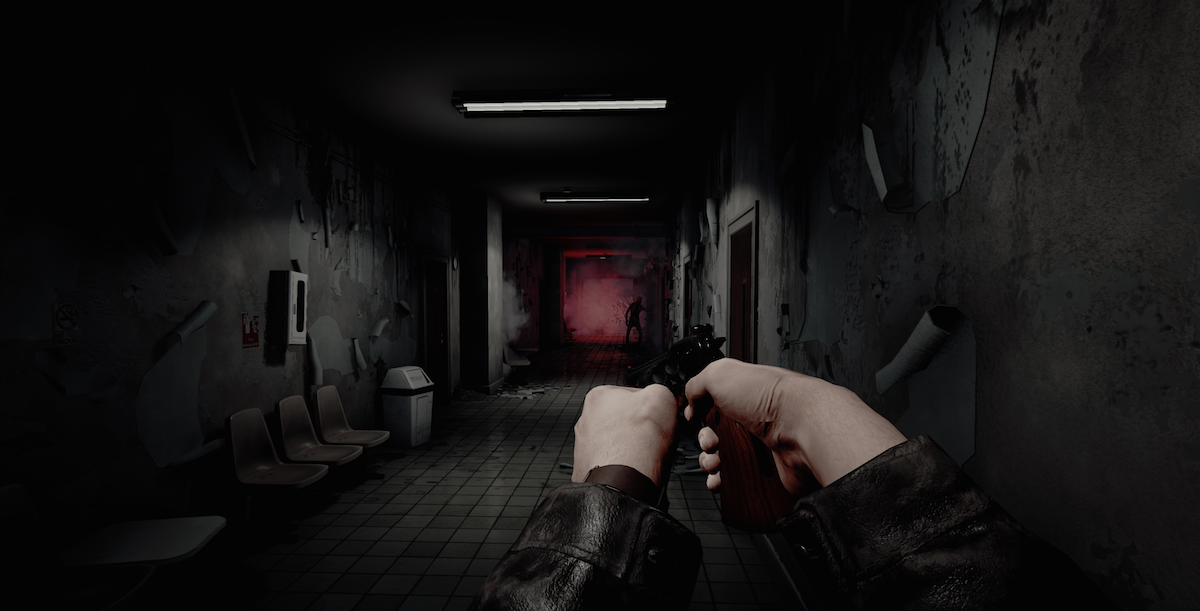 Whichever course you take though, Husk is poorly adept to treat either course as most of the response to player-action comes across as mere pot luck; character punches and even bullets carrying next-to-no weight or collision with the objects or persons on show. Even the button/action prompts lack any degree of signalling with players often having to jostle for the right stance or position in order to unlock a door or pick up a key, which in itself, constitutes a bulk of the game’s breadth of puzzle-solving — therein lying another one of Husk‘s woes as a game that falls incredibly short at delivering gameplay that tries to deviate or, at the very least, alternate from a standard long borrowed from the horror genre itself. When a game sticks to the same old “find key; unlock door” formula throughout the course of its length, the experience ultimately wanes to the point of boredom.

Thank God for the sprint button then as without it, Husk might very well have been mistaken for yet another “walking simulator”, only one deprived of subtle subtext or World-building many titles in said sub-genre can at least fall back on (or get away with) as holding such genuine positives. For in the end, the only real talking points to take away from this single-player experience is not the direction the plot takes or indeed any of its lackluster stand-alone environments. Rather it’s the negatives that, unknowingly, take center stage as both a highlight and lowlight in equal measure — residing in solitary confinement as the only real identifiers in a hollow World deprived of individuality, reliant on safe standards to not only tell its story, but construct the space from which players are forced to trudge through. 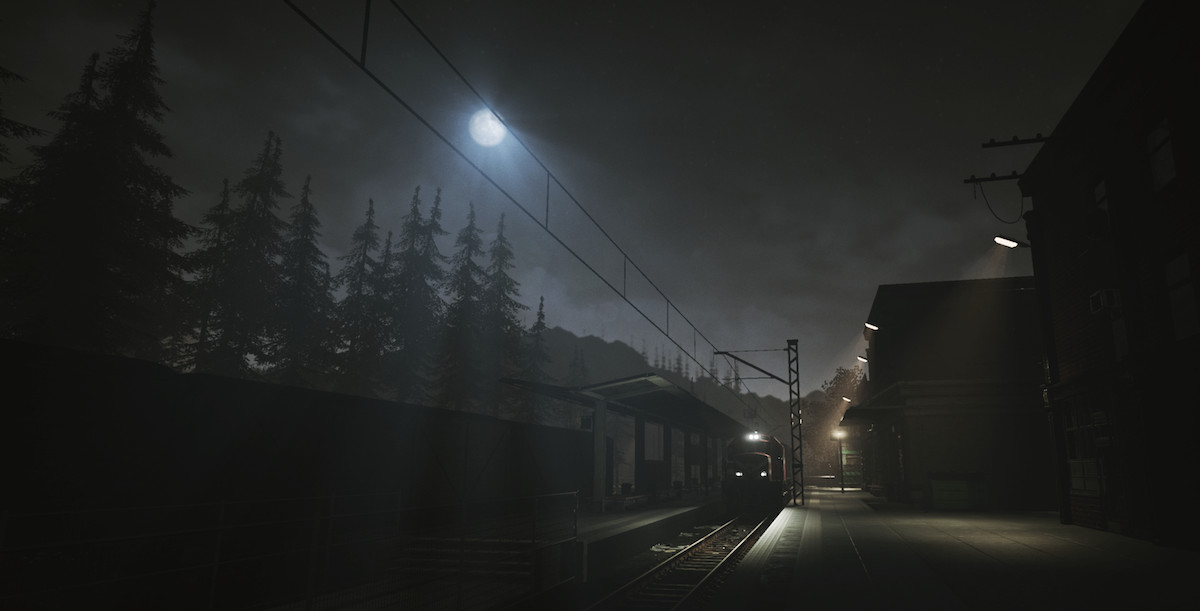 Despite its ambitious stride to tell a gripping tale of a father/husband striving desperately to look for his missing family, Husk‘s end delivery is anything but. With a host of mechanical and structural oddities breaking numerous points of immersion where it’s seldom gained — both before and after post-release updates — across environments that, though blended rather well into one another, could very well be found in ample other titles using horror as an attribute, Husk is a frustrating game to recommend. Marred by technical difficulties that come to question just how “finished” this game truly is/was, Husk is another example of a studio that have mistaken basic nostalgia for the wealth of enjoyment.