Why would anyone go camping at the side of what looks to be EveryoneDiesHorribly Lake? Detective Smith took his family for a nice weekend getaway and the predictable result was a decapitated wife and kidnapped children, which didn’t do his mental health any good. Years later he’s still trying to find out what happened to his kids, tracking down the serial killers of the dark town of Gloomywood and rescuing as many children as possible along the way. He inhabits a mean, dark, vicious, brutal world, and if he’s not careful Smith can add to the growing pile of atrocities against the innocent in his search for answers.

2Dark is a puzzle adventure game with heavy stealth elements, but it’s hard to be sneaky when you’re leading a trail of children to safety. It’s also the newest game from the studio of Frédérick Raynal, who’s best known for creating the original Alone in the Dark. There’s a lot of influence from the semi-classic in 2Dark, especially in the way it handles allowing multiple solutions to the challenges of getting past people. It’s easy to go in wielding club, crowbar, or pistol, but usually the least effective way to deal with a problem. 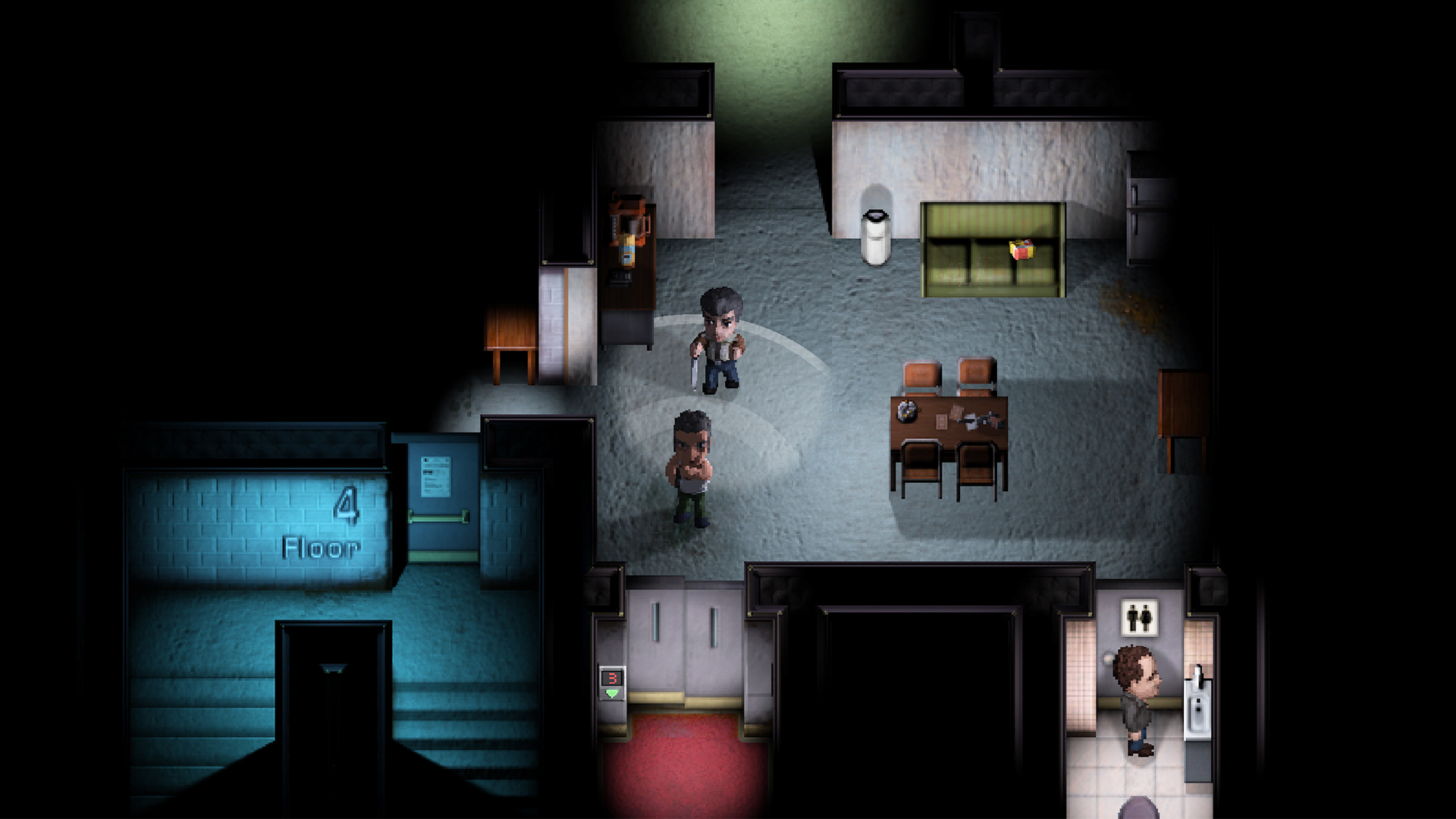 The very first encounter when out in the field is a good example of this. Kids have gone missing at an old, shuttered amusement park, so Mr. Smith gets to work investigating the disappearances. Exploring the entrance turns up a locked shutter in front of one building, an easily-accessible funhouse ride straight from a slasher flick fever-dream, and a semi-hidden trailer with an adult pacing around inside while a young girl cries intermittently. The first instinct is to sneak up behind the person and start bludgeoning, and it’s certainly effective. The person goes down, you rescue the girl and take her to the exit, all seems well. As it turns out, though, the person you’d have beaten down is the bearded lady from the circus, living her life as best she can in the ruins, and she’d rescued the girl from “the clown”. If you just walk up and talk to her she’s pretty helpful, giving clues to what’s been going on in the park and even providing some helpful inventory items later on.

Admitted, this is foreshadowed by a scene as you enter the park, playing out if you care to pay attention to it.  Most threats in the two-level preview build are best dealt with this way, in fact.  Look at what’s happening, listen to the conversation, and maybe it’s easier to track down a guard’s whiskey and sneak it back to where he’d left it than have to either continually tiptoe past or beat his brains in with a crowbar and hide the body.  It’s not that 2Dark is a nonviolent game, but rather it’s the least interesting option for most situations.  You’ve got a gun and plenty of weapons both normal and improvised kicking around the level, though, so there’s probably a good run to be had by going full psycho-vigilante. 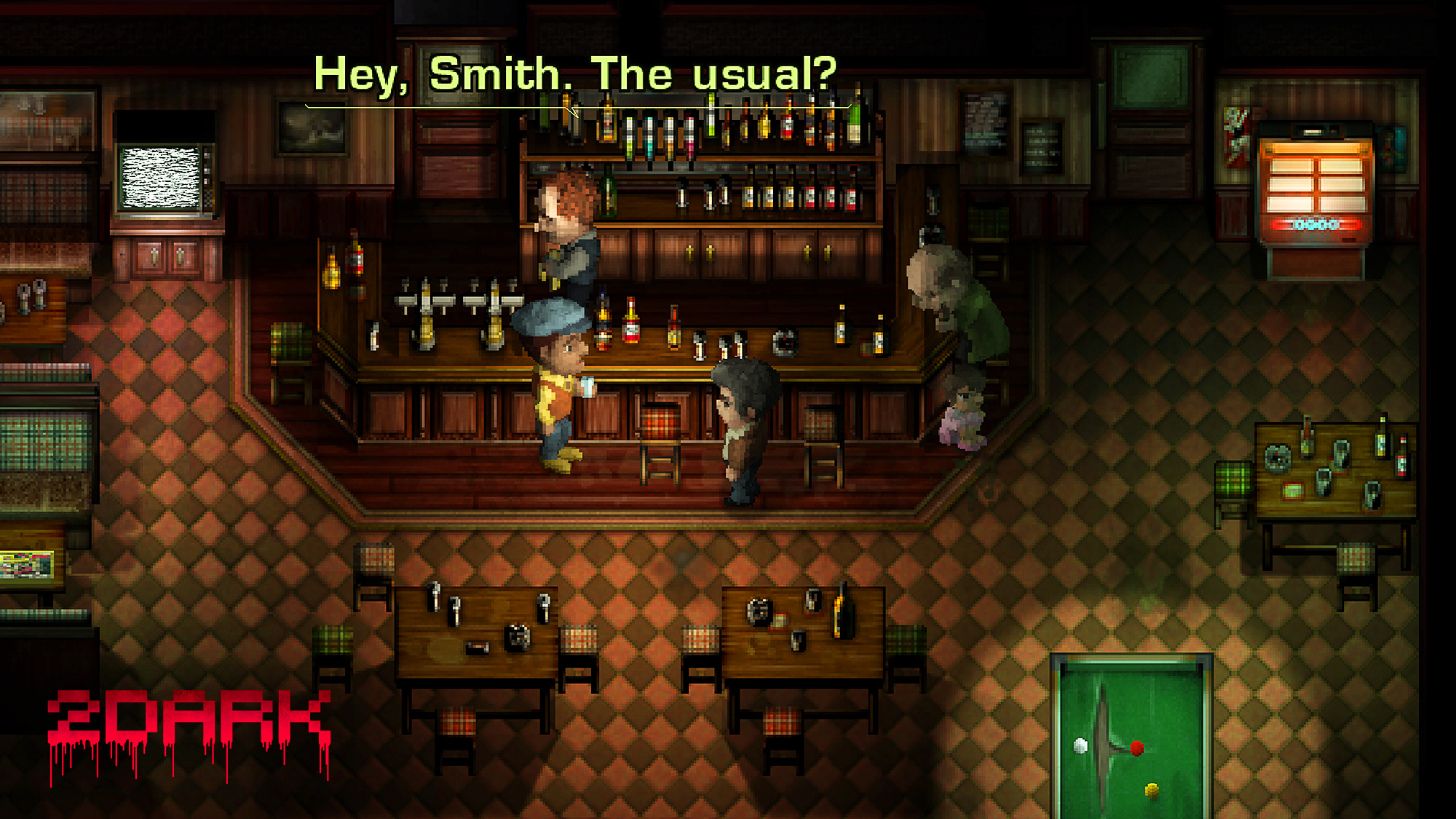 The other big aspect of the violence is that it’s frequently aimed at children.  On one encounter I figured out how to set loose a pair of lions without taking into account that the kids look just as tasty to a wild animal as the person I was hoping they’d target.  A few distressed crunches later and there was one less enemy to deal with but several fewer children to rescue.  It only takes a few seconds to reload, try again, and revise the approach, this time without being responsible for the death of a handful of kids.  Thankfully 2Dark lets you save whenever you’d like by taking a smoke break, although the game implies it’s a bad idea to stop too often.  Of course, as I learned a couple of times, it’s also a bad idea to get so caught up in things that the last save was several rooms back, but that’s the downside of getting pampered by years of overly-helpful auto-saving.

While 2Dark isn’t a game that holds your hand, it’s also a little mechanically awkward.  I’m ignoring all bugs because this is an early build, so the AI getting caught up on investigating a distraction then never going back to its routine is to be expected now and then, but the game wants to be played in a certain way that needs a bit of getting used to before you can settle into the adventure.  Everything is viewed from an angled top-down perspective, with the camera pulled back to give a good view of the surroundings.  The art is deliberately chunky, like a refugee from 1998 PC gaming, which is actually kind of nice seeing as it’s a type of retro not being used elsewhere.  Talking happens automatically when Smith enters someone’s line of sight, but inventory usage involves some juggling.  Smith has two hands to can use two items at once, and selecting an item automatically assigns it to the appropriate hand.  Lights go in the left hand, weapons in the other, and most get used automatically when in the right area.  The shoulder triggers use the items that don’t take care of themselves, while the the shoulder buttons take out or put away whatever’s been equipped last.  It’s a workable system when the inventory is small, but once you’ve found several rows worth of items (with a collapsable item list on the left side of the screen) it gets a little cumbersome.  Fortunately 2Dark isn’t an action game, so taking a second or two to sort out items fits the tempo of a slower-paced adventure. 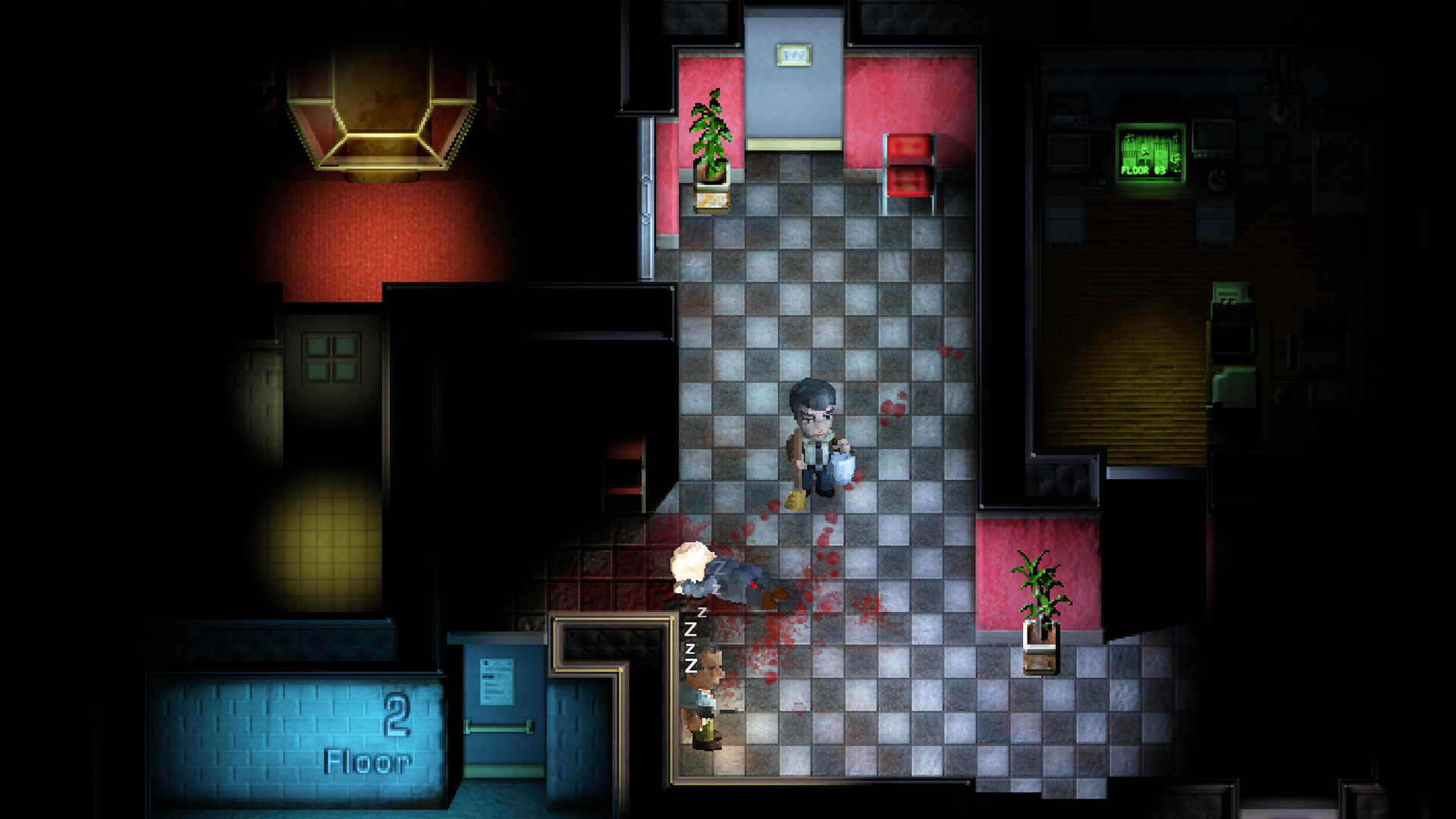 2Dark is a dark, sneaky, puzzley adventure, and the horror aspects are utterly merciless to the children who are still alive to be rescued, but it’s still an adventure game with roots in the point & click genre.  Explore the environment, find items, listen to figure out which tools are best used where, or just say the heck with it and pull out a gun.  2Dark will respond but won’t judge too harshly, because Mr Smith has seen a lot of bad things and has only scratched the surface.  Gloomywood is a broken, rotten town feeding on its young and Mr Smith is determined it won’t get too many more victims before he finally gets the story of what happened to his family.  A happy ending is the least likely one possible, but whatever happens at least he’ll have prevented a few families from getting chewed up and destroyed by the darkness that ruined his life.