As seems to be the tradition with recent marketing and wording of particular now-standard industry practices (free-to-play referred to instead, more appropriately, as “free-to-start”), Nintendo have unveiled details to what will be the first line of DLC for a mainline Zelda entry to date — with the upcoming Breath of the Wild — but not without a slight alteration to the common name. As such, don’t call it a Season Pass; Nintendo’s first ever “Expansion Pass” — which will be available to purchase as soon as the game is available next month, March 3, at the US price of $19.99 — will include access to two upcoming DLC packs, the first of which is expected sometime this Summer, as well as bonus items available at the start of the game. 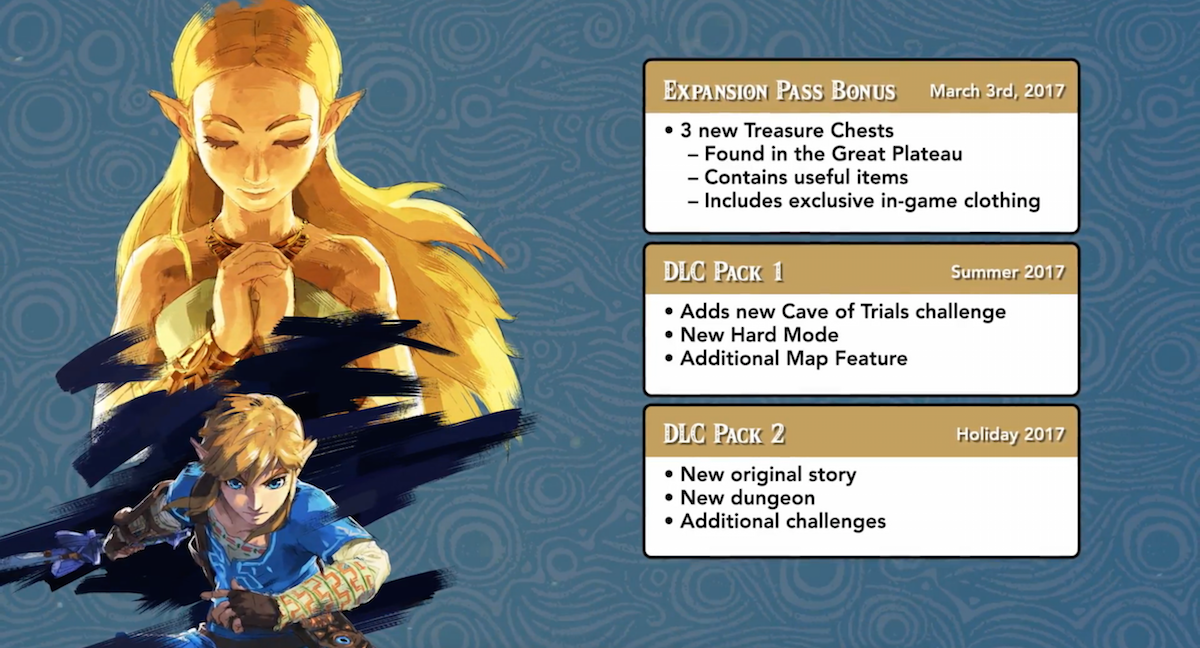 The first batch of DLC will feature the “cave of Trials” challenge dungeon with players taking on increasingly-difficult floors of enemies the further they progress, a new hard mode as well as additional map features. The second DLC, expected to drop around the end of the year, will feature a brand new dungeon altogether and an original story alongside the game’s main campaign. A fair amount of content, you’d think, especially for what is Nintendo’s first fray into the Season Pass-like staple so common now in a lot of AAA releases. Right?

Well long-time fans of the Zelda series may remember that the likes of trial dungeons could be found in entries like Wind Waker & Twilight Princess from the get-go without charge, while an additional Hard Mode has existed in varying shapes — be it in Skyward Sword or the Master Quest reimagining of Ocarina of Time that completely changed the flow and placement of entire dungeons, so confirmation these extra modes will not feature in the base game is disappointing to say the least. What’s more, while Nintendo has confirmed such content will be available for both the Switch and Wii U versions of the game, these two packs can not be bought separately and as a result, are only accessible via purchasing the Expansion Pass. We’ll have to wait and see if Nintendo’s decision to go down this route of add-on content post-release — not to mention the scale and amount offered up — is a wise one or not.