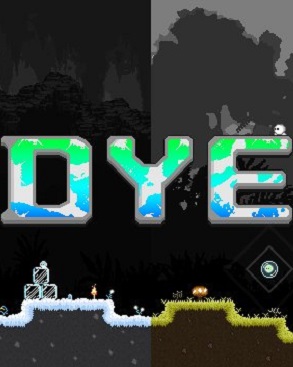 As a genre, platformers tend to be one of the more encompassing types among games, due to the varied nature of difficulties that can be ingeniously applied to each. While casual platformers can attract a wider audience of all ages, tough-as-nails platformers have their fair share of fans as well, requiring pixel-perfect jumps and lots of patience to survive perilous levels filled with enemies and traps. Raising the difficulty, however, is rarely enough to improve the overall quality of a specific title; games still need proper motivations and incentives, as well as properly timed moments of success, to keep players pushing through the drudgery of repetitive deaths. Super Meat Boy and Fenix Rage represent a few modern examples that provide pain and pleasure in equal measures, while plenty of classic platformers also join these ranks due to technological limitations of the platforms they were released upon. Bat Country Games, the two-man indie team behind 2014 strategy title Aeon Command, have put forth their own masochistic platformer, fittingly titled Dye, that, despite some smart level and boss design and a smooth soundtrack, can’t overcome some key mechanics that make frustration too common and victory less satisfying.

Dye stars a white circle with legs by the name of Hue, who must restore color to his world after four evil “Necrolights” capture all the Pigments that populated the four worlds. While the four worlds, and their respective fourteen levels, are all separately distinguished by colors, they all tend to look rather similar, which seems like a rather clear missed opportunity to differentiate the worlds further, and adds some unwelcome repetition to the gameplay. Beyond the introduction prior to the game, the story is a non-factor for most of the proceedings, allowing the focus to purely be on the gameplay and presentation of Dye over the course of its ten hour campaign. While this represents one of the smaller issues that Dye must overcome, some added depth to the worlds Hue explores or the journey he experiences certainly would have been welcome. 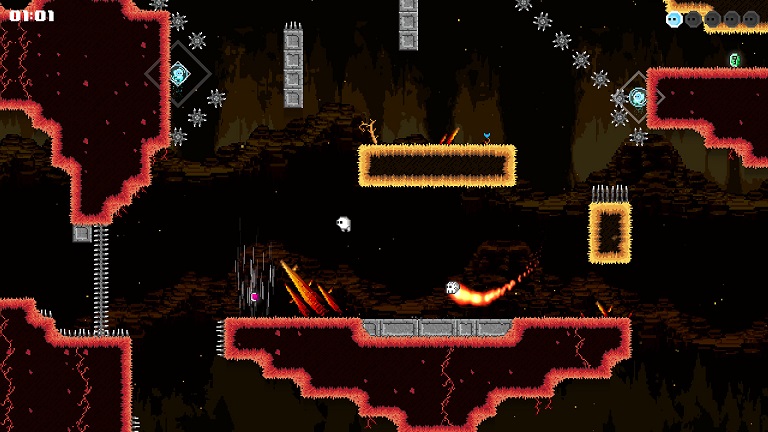 As for the platforming of Dye, the levels offer some truly original challenges, with fast-paced wall jumps and precisely-focused floating becoming a necessity for players to make it to the next checkpoint, and each world adding a new, usually creative layer to the gameplay. However, Hue tends to slide or stumble a few inches after landing from each jump, forcing the player to constantly push back in the opposite direction while coming down or risk a likely death. This regularity is disheartening, with such a simple mechanic causing so much frustration, especially with the checkpoints being as few and far between as they are. With pigments being returned to their original location upon each death if a checkpoint is not reached, and these collectibles also being the primary means of unlocking new levels, each section becomes a matter of choosing which pigment players can reliably collect without frequent deaths, since collecting all five in each level is rarely achievable or enjoyable. Throw in challenge levels, a hard difficulty, and some (occasionally clever) boss fights that all remove checkpoints, and the trials start to feel less plausible and more insurmountable in increasingly unpleasant ways.

Technically, Dye runs rather smoothly, with no framerate drops and only one pre-release bug to speak of during the playthrough. Dye’s graphics, while somewhat simplistic, are pleasing to look at, and do have their occasional moment of cuteness that breaks down the overbearing wall of death and failures. The true standout of Dye’s presentation is the soundtrack, with uplifting beats that fit right in with the chaotic and action-packed events on screen, while also holding their own outside of the game. Prior to seeing the main menu, Dye strongly advocates for the usage of a controller, and it’s pretty apparent as to why after testing both. The Dualshock 4 does have some conflicting issues with Dye, both with and without an extra extension, but the Xbox 360 and One controllers are both fully supported. For a game centered around restoring color, it does lack a colorblind setting, which won’t necessarily prevent anyone from being able to play the game, but still seems like a rather obvious and important misstep. 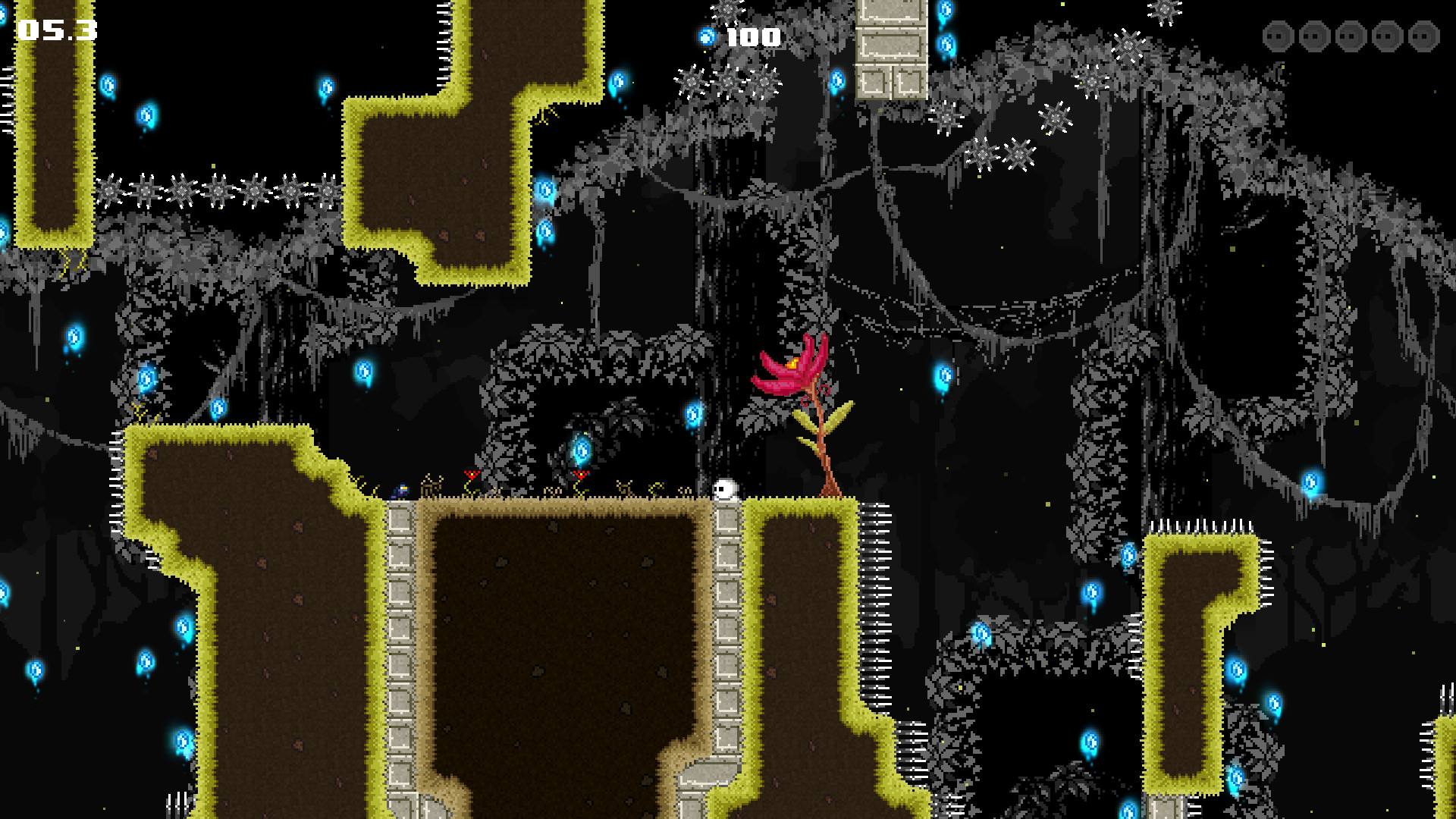 For a first attempt at the genre, Bat Country Games shows a clear understanding of how to integrate the player’s abilities within the level design, coercing players into switching between them in a rapid-fire fashion. Despite this, Dye still stumbles at the finish line by eliminating any sense of motivation to progress further, as uncontrollable, frequent deaths and infrequent checkpoints raise the challenge beyond what is necessary, or arguably feasible. Dye will still likely find an audience among speedrunners, as well as equally dedicated gamers who can put up with the repetition, but with plenty of challenging platformers already available that offer a more attainable rate of success, it will be hard for Dye to have that same rate of return that these demanding platformers so often rely upon.