Look, escape room type games are a dime a dozen for virtual reality. Basically, if a title isn’t a gallery shooter, it’s probably features a room with some puzzles to solve. There are obvious exceptions to this rule, but folks are still trying to figure this stuff out. Because of this, I almost ignored a press release about Belko VR- The Escape Room Experience. The PR person was smart, though, and included a name that caught my eye in the subject: James Gunn. Writer for the smarter than it appears Tromeo & Juliet, as well writing and directing Slither, Super, and some obscure movie called Guardians of the Galaxy, having his name attached indicates a decent level of quality. Hell, he’s even delved into games before, working with the legendary (around these parts) Suda 51 on Lollipop Chainsaw. So, I am sold.

The game ties into the upcoming film penned by the aforegushed (it’s a word now because I said) writer, The Belko Experiment, and will task players with, well, escaping a room. The player is cast as an employee of Belko Industries who is forced to solve a series of puzzles before an explosive implanted in their head detonates. According to film co-producer and game developer Dan Clifton:  “We felt that we had a unique opportunity to do something a little crazy by taking the core idea of being trapped in the Belko Industries building and distilling that down to a Roomscale experience. Players will become a Belko employee and be immersed into a fight for survival. It’s fun, at times threatening and scary and fully interactive.” 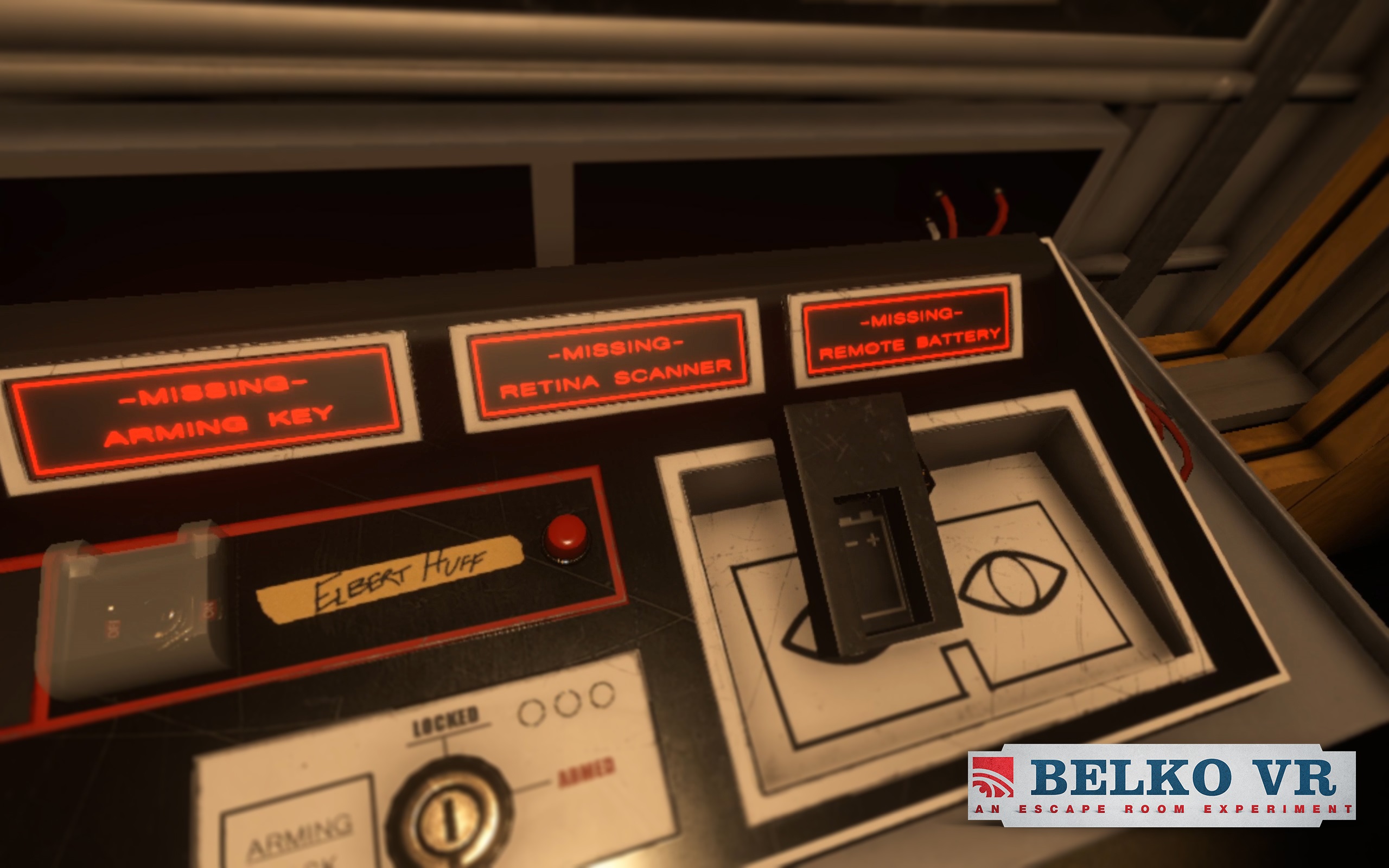 Also on the hype train was Mr. Gunn himself: “The Belko VR – Escape Room Experience is scary as hell with lots of insane puzzles and moral choices. As an active gamer, I’m so excited about where VR is going, and this is a step in the right direction. David Yarovesky (who worked on post-production of the film as well as co-creating the game) and Dan Clifton did an amazing job capturing the film’s unique tone and the game is just as twisted and fun as the movie.”

Best of all, the game will be free, for one day only, March 3, in honor of Employee Appreciation Day. Anyone with an Oculus or Vive will be able to snag it on Steam at no cost. Considering Clifton and Yarovesky partnered with Paper Crane Games, known for Call of Duty Jackal Assault VR, the game should have the technical chops to be worth a look for the price. (Unintentional backhanded compliment.)