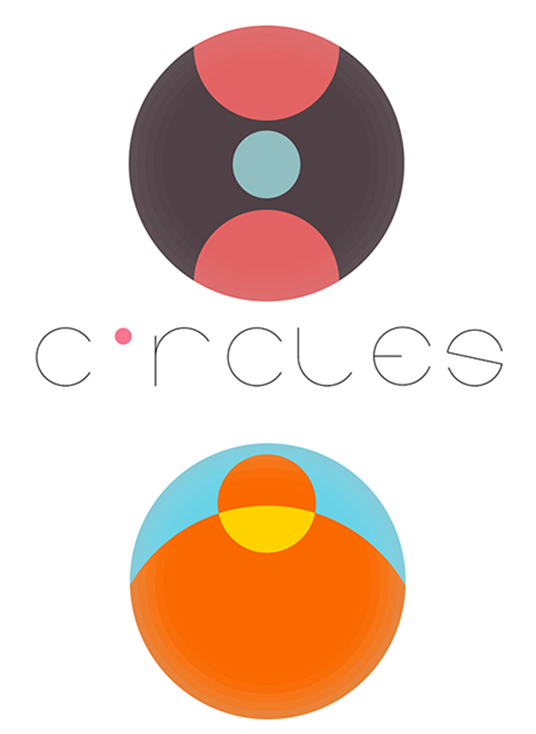 For being the simplest shape possible, circles are actually pretty complicated. If its sides aren’t completely even then it’s not a circle but some kind of weird, deformed oval instead. It’s possible to draw one freehand but takes a lot of practice to do, and usually you end up with something the radius of the artist’s forearm. For a simple shape, circles have a lot of hidden depth. Circles (the game) applies that idea to a minimalist puzzler about navigating between two points while figuring out how circles (the shape) are are going to help and hinder your way to the exit. Disclaimer- The word “circles” is about to appear in such density that it will lose all meaning. It’s the only shape in the entire game and also its title, and there aren’t any euphemisms, synonyms, or geometric equivalents available. Sets of All Points In a Plane at an Equal Distance From Their Center Points would be a horrible game title. Although maybe it could work with the right font.

At its heart, Circles is a game about figuring out the rules of a maze. You control a small circle that starts in a circular gray area and need to navigate to the exit, but movement makes the other circles respond by shrinking or growing. Most levels see you trying to avoid hitting anything but the goal, but the final set has you traveling inside the circles instead. The trick is to figure out how the circles respond to your movement, then use the information to clear a path to the end.

The earliest levels, for example, just have the circles grow or shrink as you get near, and the trick is to pay attention to which ones respond and how in order to carve a path through a grid. Later levels have circles that respond to speed of movement, or direction, and all of this needs to be sorted out while they move. Everything is dependent on your movement, though, so if you’re standing still then so is the puzzle. Solving the level takes a combination of observation and dexterity with the mouse, but death is only a minor setback. Head back to the starting point and the puzzle regenerates as many times as necessary until you’ve cleared it, at which point your circle eats all the other circles that made up the puzzle and the next level pops in. 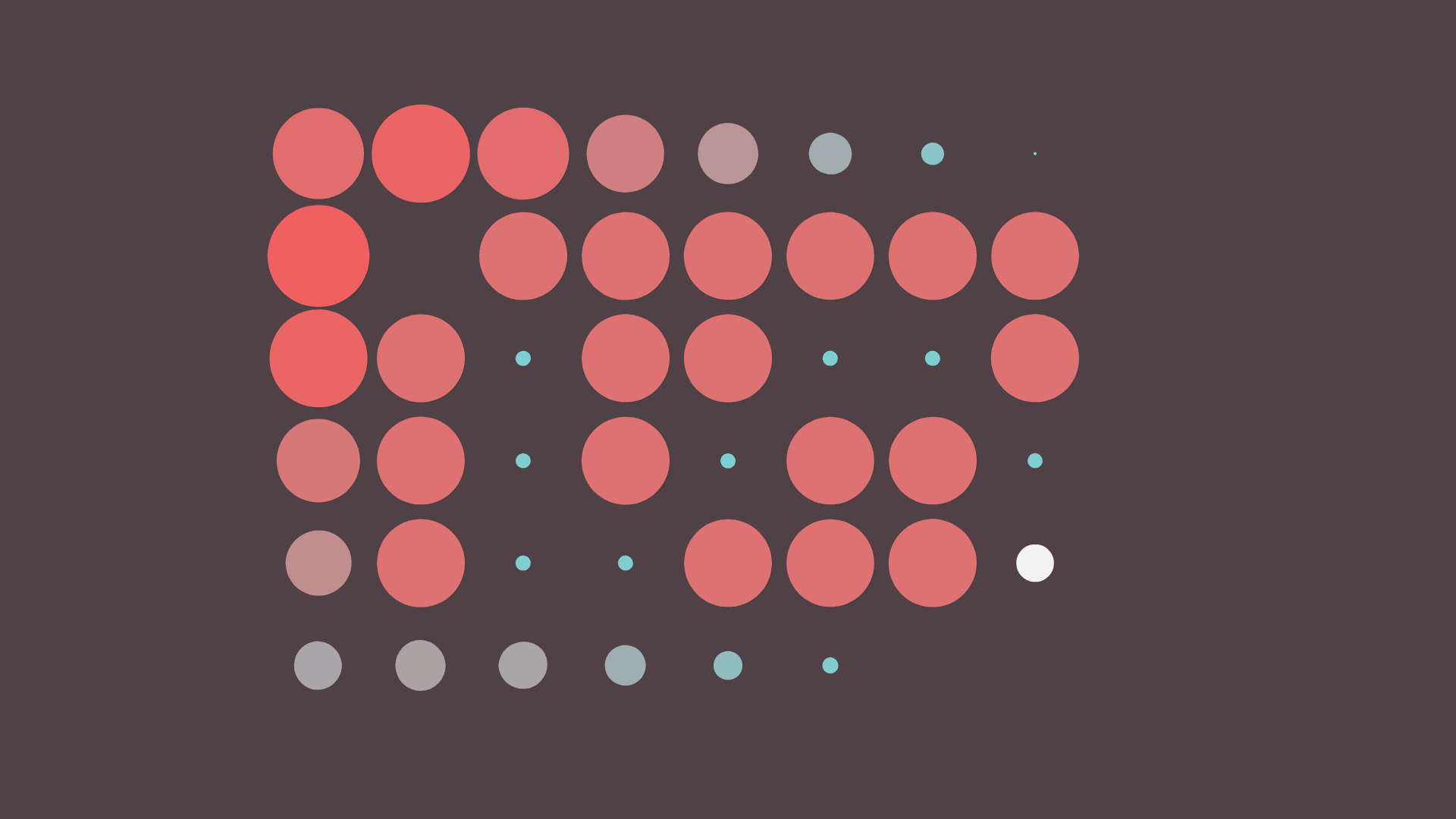 This makes for a low-stakes, mellow gaming experience that’s further chilled by a light ambient score punctuated by jazzy snares and drum hits, and simple, solid colors defining everything you see. In all of Circles there’s not a gradient to be found, with everything clearly defined by solid areas of high-contrast color. The entire game looks like a obsessively geometric modern art piece focused exclusively on the image of the circle, sometimes venturing into op-art territory in its fancier moments.

And then Circles’ four sections of themed levels are cleared and it opens up new challenges. Replay the entire game with levels that rotate, or a version where you need to plot the shortest line to the end, or another where you can never stop moving. The final variation has reversed controls, up is down and left is right, but I’ll admit to just saying “No” when I got to that section because I have never heaved a monitor through a solid wall and hope not to any time soon. Games that make reversed-control sections mandatory are evil and should be set on fire with the ashes scattered over the surface of the sun, but Circles gets a pass because it’s optional. 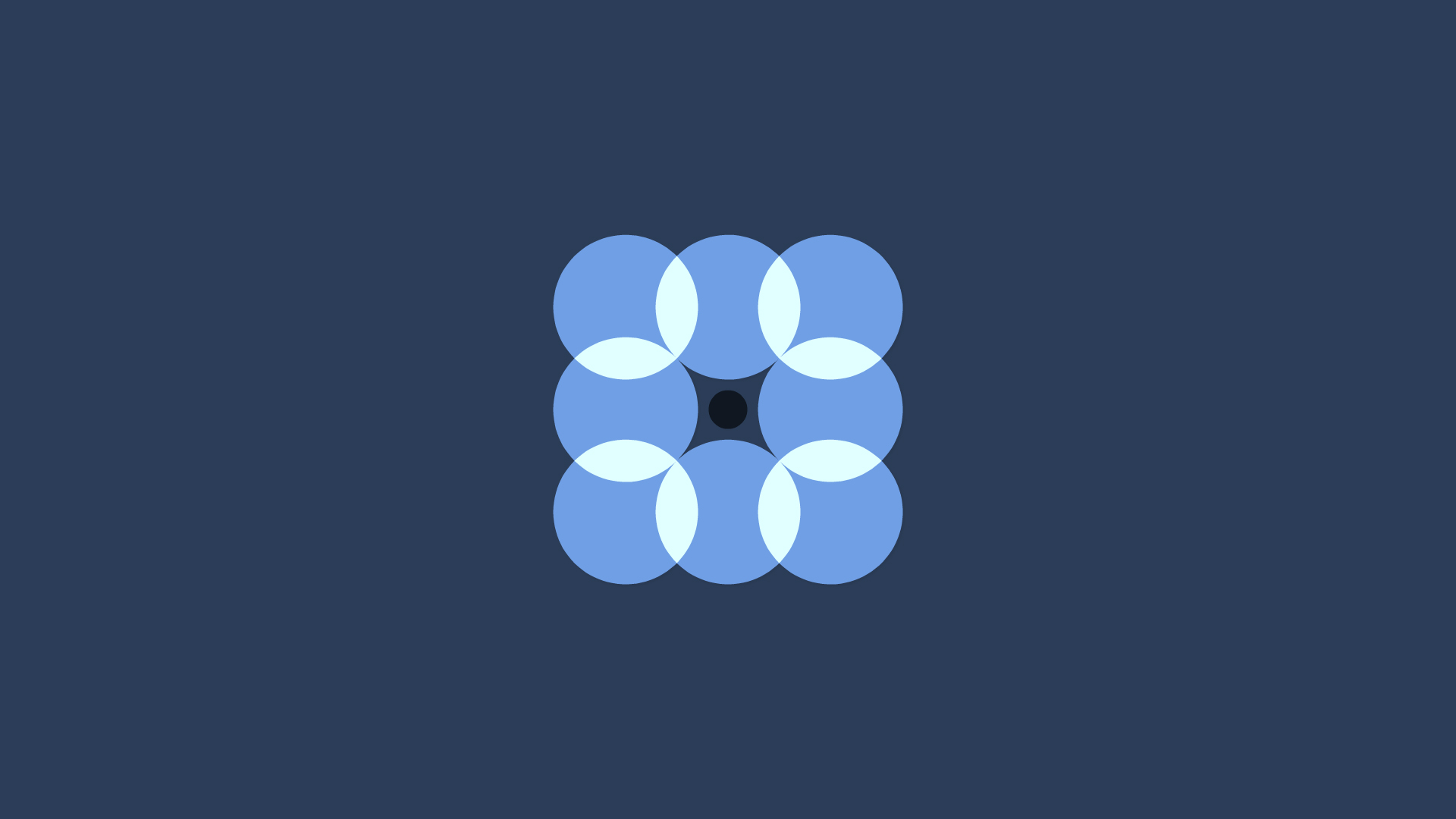 Circles is a relaxing puzzle game that can still be surprisingly tricky, sometimes exasperatingly so. Making precise movements while taking the level’s rotation into account and also keeping the speed up because the circles in the level grow larger the faster you move can take more than a few tries to get past, but those sections are the exception to the move laid-back nature of the rest of the game. Try, fail, try again, experiment a bit, win, move on to the next puzzle, and repeat. It’s an easy and comfortable rhythm to fall into, as you’re gently carried along by the mellow soundtrack past one level to the next. Circles switches from relaxing and thoughtful to twitchy and precise over its visually-arresting stages, and its hard to stop playing until you’ve seen everything it has to offer.