Horizon Zero Dawn vs. The Legend of Zelda: Breath of the Wild is a surprisingly common topic. Both titles are major first party games from rival console manufacturers and both are launching a mere three days apart. On a gameplay and design level, both titles feature sprawling open worlds and protagonists who wield bows. This has been enough for players to pit both titles against one another. Some have even gone far enough to label Horizon Zero Dawn as a “Zelda Killer.” Is all this really warranted?

It’s hard to deny the similarities on the surface level. After spending hours upon hours in the world of Horizon, however, it’s safe to say that the game doesn’t have that many similarities with a traditional Zelda game. Going in-depth into the game reveals that it has more in common with Far Cry, Uncharted and Mass Effect than it does with The Legend of Zelda. 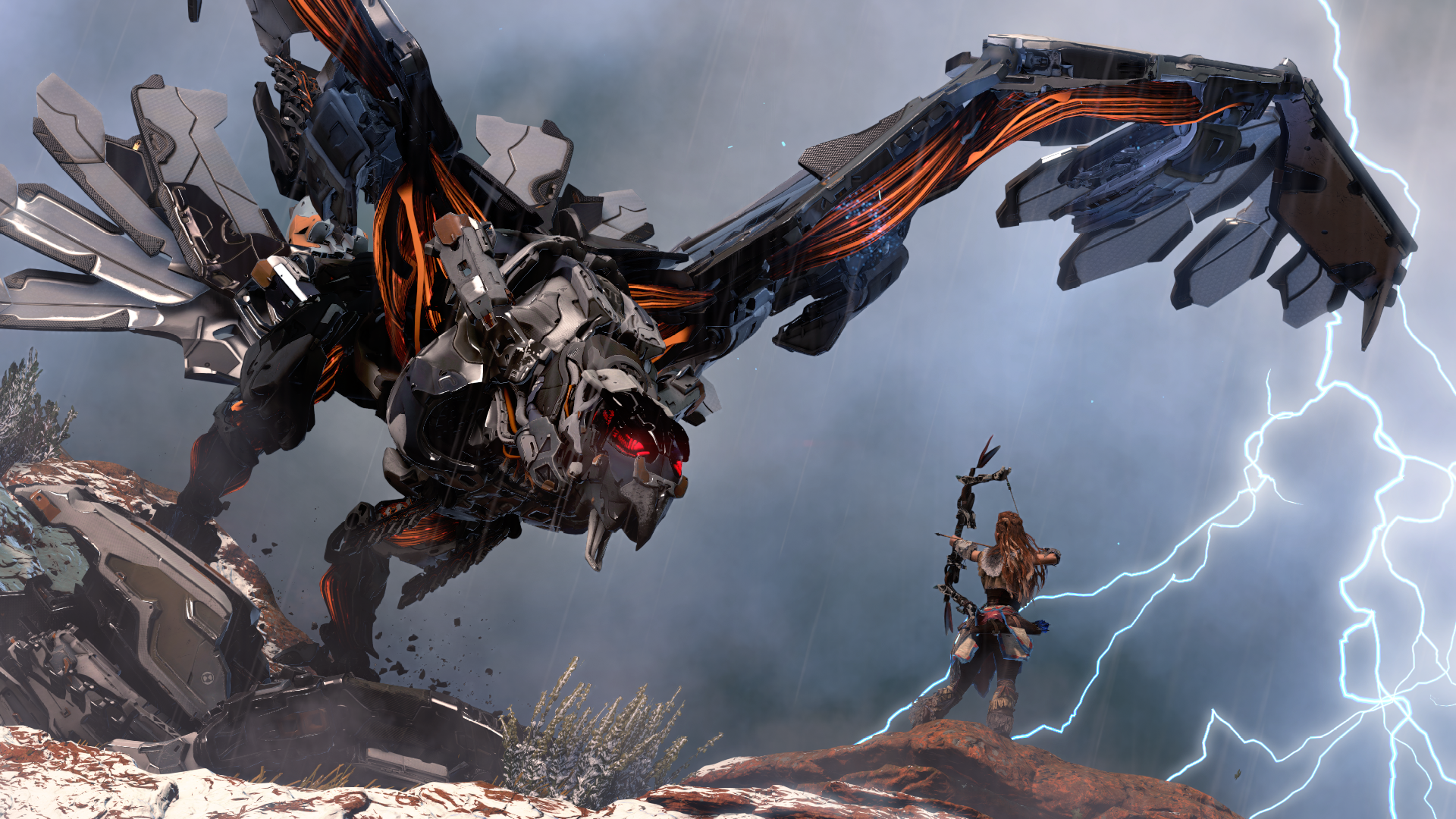 Horizon Zero Dawn puts a heavy emphasis on resource collecting and management. As Aloy, players will need to collect vegetation, scavenge parts from fallen machines, and loot supply crates that can then be turned into valuable items. Ammo, traps, potions, and health items are all created using these supplies. Valuable items like Scrapper Hearts are required items merchants want in exchange for top-of-the-line weapons, armor, and items. In many ways, Horizon’s crafting system has more in common with Far Cry than it does Zelda.

As stated in our review, Horizon Zero Dawn’s gameplay is an amalgamation of the RPG and action-adventure genres, incorporating some of the best elements from both. Similar to Mass Effect, Horizon features a branching dialogue system. Utilizing this, players can have longer, more in-depth conversations with NPCs. Digging deeper does offer more insight into a given character and the world. There’s also the potential for some conversations to unlock additional sidequests. Key moments in the game give players a chance to make a lasting impact on in-game events, but they never go as far as a true RPG would go. While these choices could have long-lasting impact on the story in a game like Mass Effect, they don’t change the trajectory of the story in Horizon. 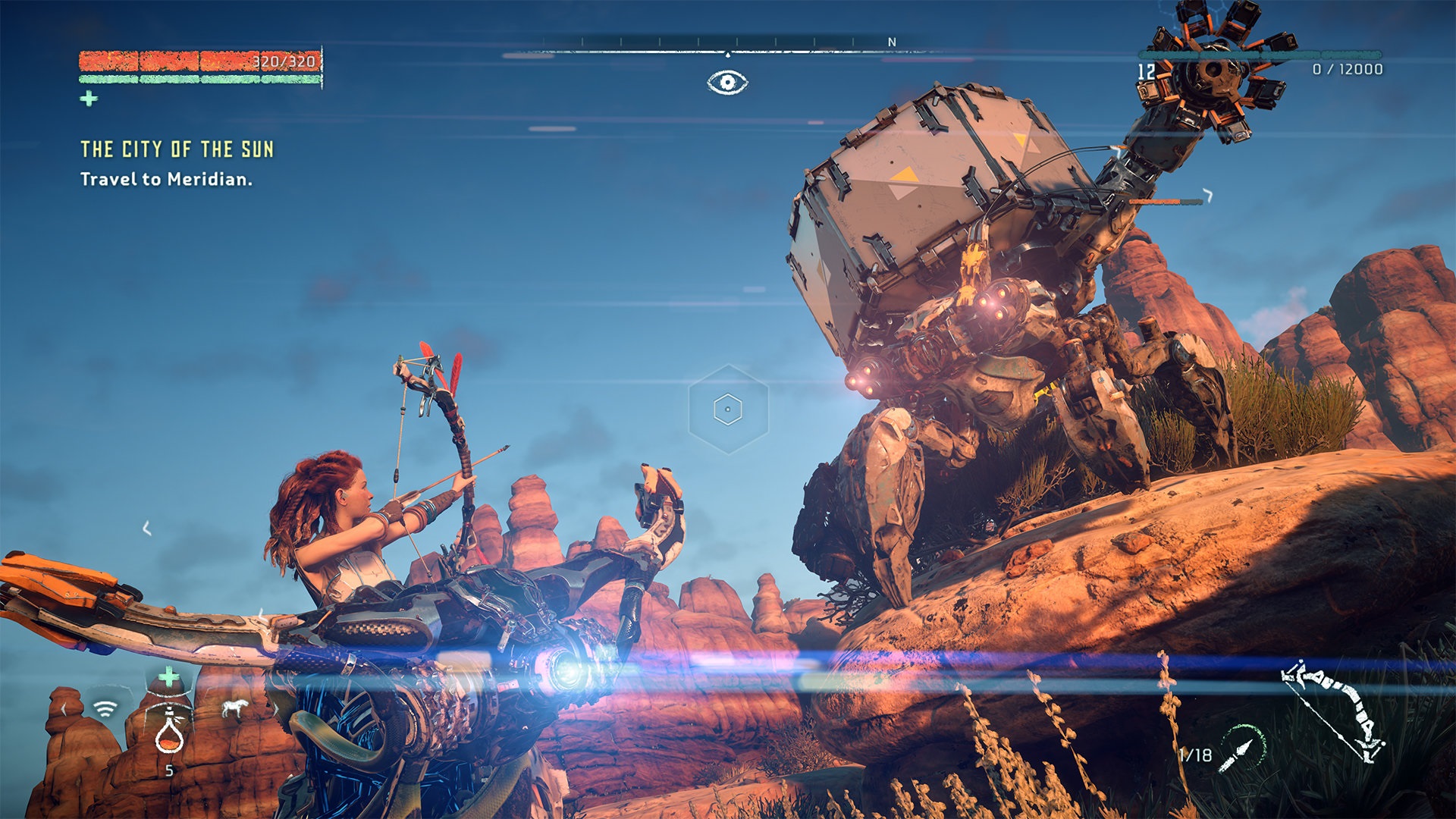 The game pulls plenty from the action-adventure genre and gives it a new spin. The Focus, a wearable computer and augmented reality headset, feels like an evolution of the ‘Detective Vision’ Batman: Arkham Asylum made popular back in 2009. The Focus does a large majority of the same things like tagging enemies and revealing them on their map, but Guerrilla does add in some new functionality. Aloy is able to discern enemy weak points and vulnerabilities. For example, a quick scan of a Bellowback will reveal that the sack beneath its jaw is a weak point, and whether the sack contains blast (a flammable material) or liquid nitrogen. Aloy can also use the Focus to highlight an enemy’s patrol path, making it easier to plan flanking routes.

Combat encounters give players the chance to play aggressively or stealthily, similar to Uncharted 4: A Thief’s End. Stealthy players will find plenty of tall grass to hide in, and aggressive players can enjoy open areas with plenty of cover. The different weapons Aloy can deploy should familiar to anyone who has played a game like Uncharted, though they do require a bit more skill to wield than an AK-47. There’s even platforming that feels ripped straight from Uncharted, though not as accurate. 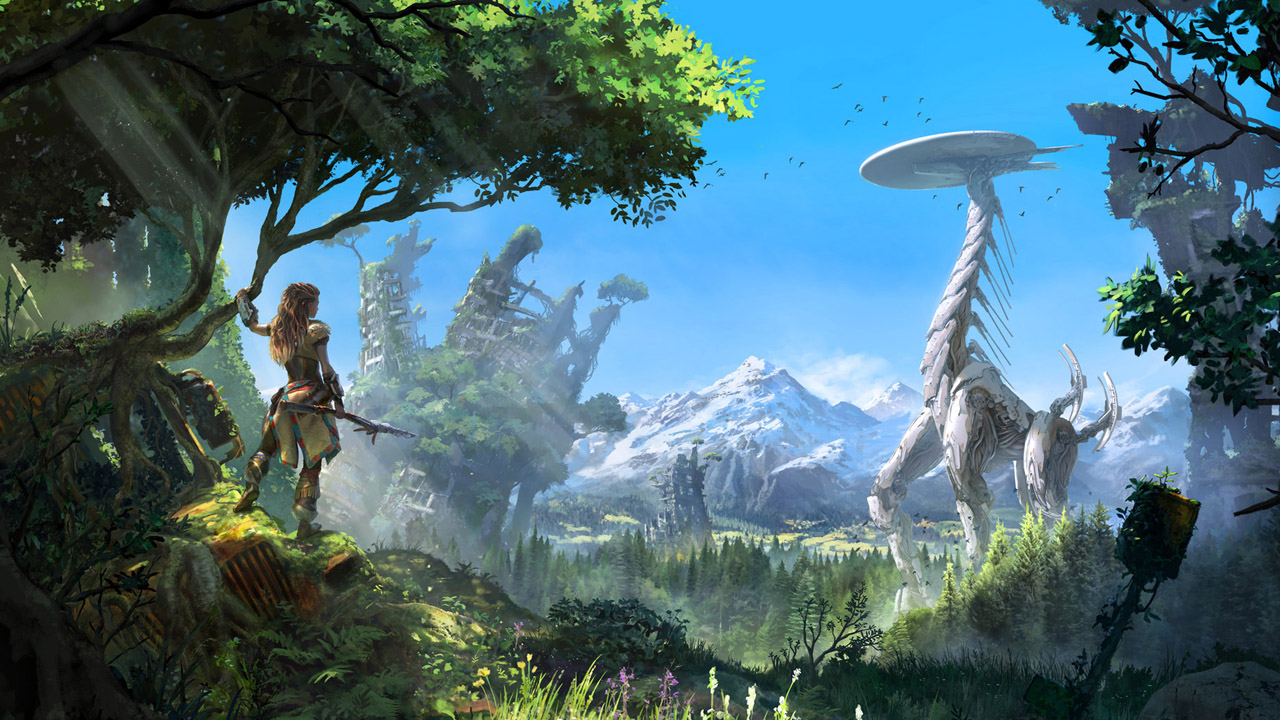 Horizon Zero Dawn may share some DNA with other titles, but manages to distance itself and be its own unique product. Does it share any other similarities with The Legend of Zelda: Breath of the Wild? How about the fact that they’re both going to be excellent games? Both Guerrilla Games and Nintendo have spent years developing and polishing their respective titles. While it’s a bit early to tell how great Breath of the Wild is, all signs are pointing to it being an excellent title. Horizon Zero Dawn and The Legend of Zelda: Breath of the Wild are their own unique games, and no matter which one you choose, the entire industry wins.

Horizon Zero Dawn is out February 28 exclusively on PS4. The Legend of Zelda: Breath of the Wild is out March 3 on Switch and Wii U.