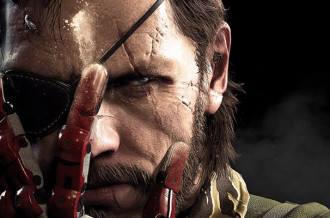 I hate open water in video games. I hate it so much one only needs to show me a stock photograph of an open body of ocean to incur some serious video game PTSD in me. The only thing helping to calm or at the very least settle that anxiety to a near-tolerable level is the presence of some good music accompanying the experience. Music that, whether it approaches the subject matter in a positive or otherwise emotively negative one (despite any one of your prejudices towards such a surrounding being justifiable or not), at the very least adds meaning to a particular sphere of biology/geology even now we’re still in the process of mapping out. And as a result, allows you to ponder intrigue and reason as opposed to being absolutely scared senseless of what might or might not be lurking nearby.

Of course water, or indeed grand sways of the stuff, can be met with an equally engaging amount of curiosity or positive gander all-round, meaning that any degree of sound that comes to score one’s experience in the deep blue has the potential to both define one’s feelings but also redefine what we might have initially perceived. I’m pretty confident in the notion that in my life-time I’ll never have to adapt to the way of life the folks within Arachnid Games’ underwater explorative RPG, Diluvion, go through on a daily basis. Massively sudden global warming aside, for the record. And yet Diluvion’s approach to treating its vast, darkening oceanic setting — scored by US-based composer Light Return, real-name Michael Ward — actually helps to clear away any and all subversion or tainted presumption on what a future-led, post-apocalyptic deep blue setting may actually bring. Both as an introspective, character-led tale but also, of course, one focused on the exploration and discovery of secrets kept many thousands of leagues below the surface. 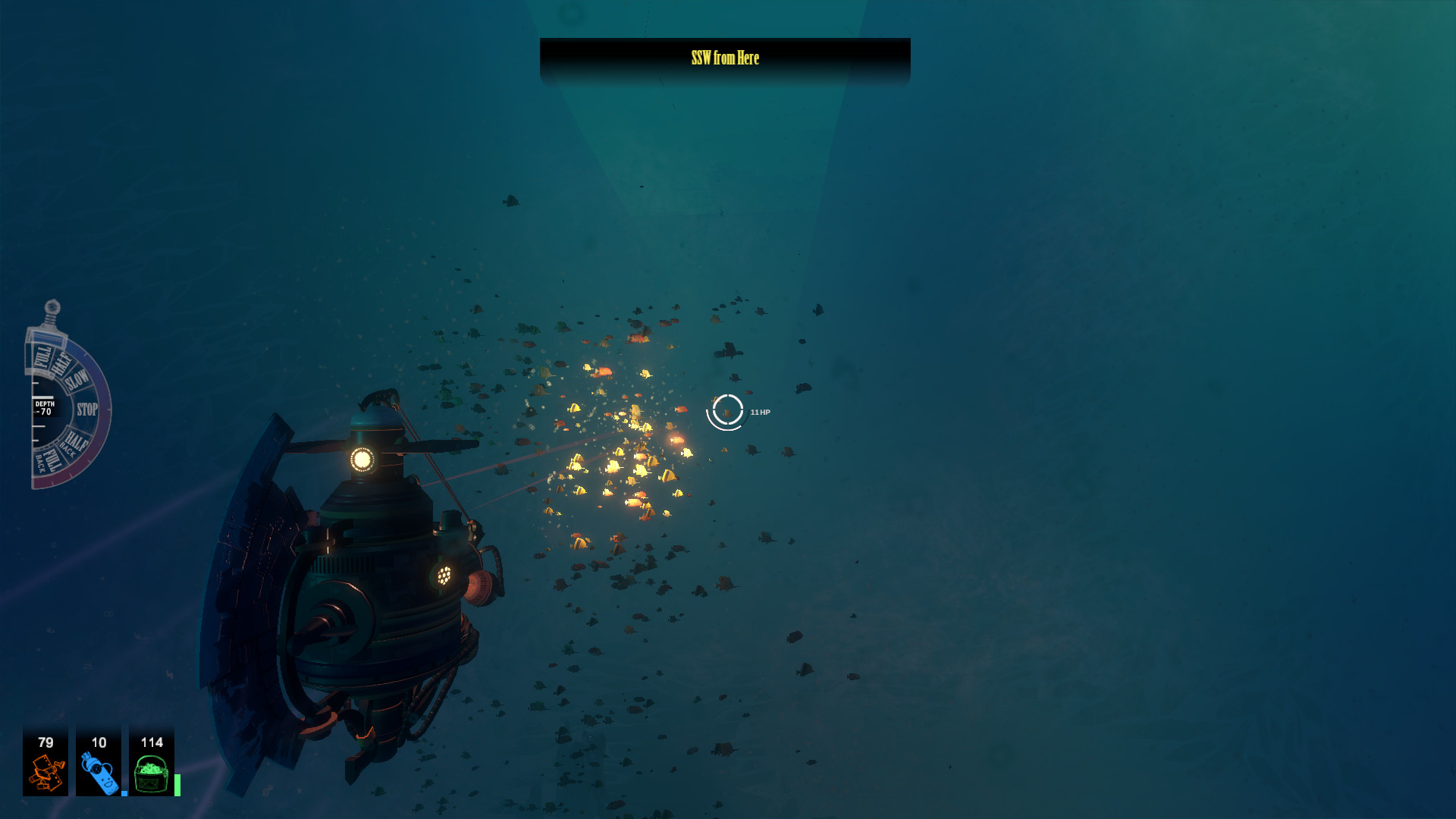 The thing I like about Ward’s direction and intent in carving out Diluvion’s musical identity here, is that it refuses to let itself be shackled by the possible repercussions such a chronological setting might bring. Let’s be clear, post-apocalyptic circumstances are generally not the nicest places to dwell in. And while some composers may want to add a sombre piano ballad here and there for added musical fluff, a lot of the time the focus is invested on making the dire state of the now-ruined World around the player, resonate that bit more profusely. But what about the post-post-apocalyptic view-point then? What if we were to go beyond the doomed and half-beaten ruins of a former era and instead try to reconcile through a more positive perspective on this: the new era of a still-active society? Granted, Diluvion is an RPG — comprised of bustling populaces and a generally fantastical and spry optimism that most adventure-led RPGs are fuelled by — so you’re bound to come across plentiful amounts of winding-down melodic cheer with the soundtrack’s emphasis on traditional instrumentation in strings, woodwind and organic percussion alike. Melodies often painting a theme of promise and potential — hopeful optimism, as noted, in a rather-less uplifting World of water and forgotten, scattered remnants of former civilisations.

But it’s not just the way Ward takes a particular setting’s lead melody to create two or three alternate tracks — depending on the more specific placement or time in the game’s tale — that underlines the game’s overarching intent on positivity in an otherwise not-so-positive scenario. Strange as it may seem, there’s a fine balance between the tradition of existentially-focused JRPG scores and the WRPG equivalent of relying more on grand endeavour or scale, as far as its choice of instruments and methods of story-telling go. Because Ward decides instead to [bravely] combine the two opposing aspects; Diluvion‘s sound ending up engaging — going as far to break out in ocassional electronic music-influenced repetition and rhythm from time to time — yet rich in personality. Personality characterized by a very human presence in what is a rather vague and abstractedly-understood region of our changed World. 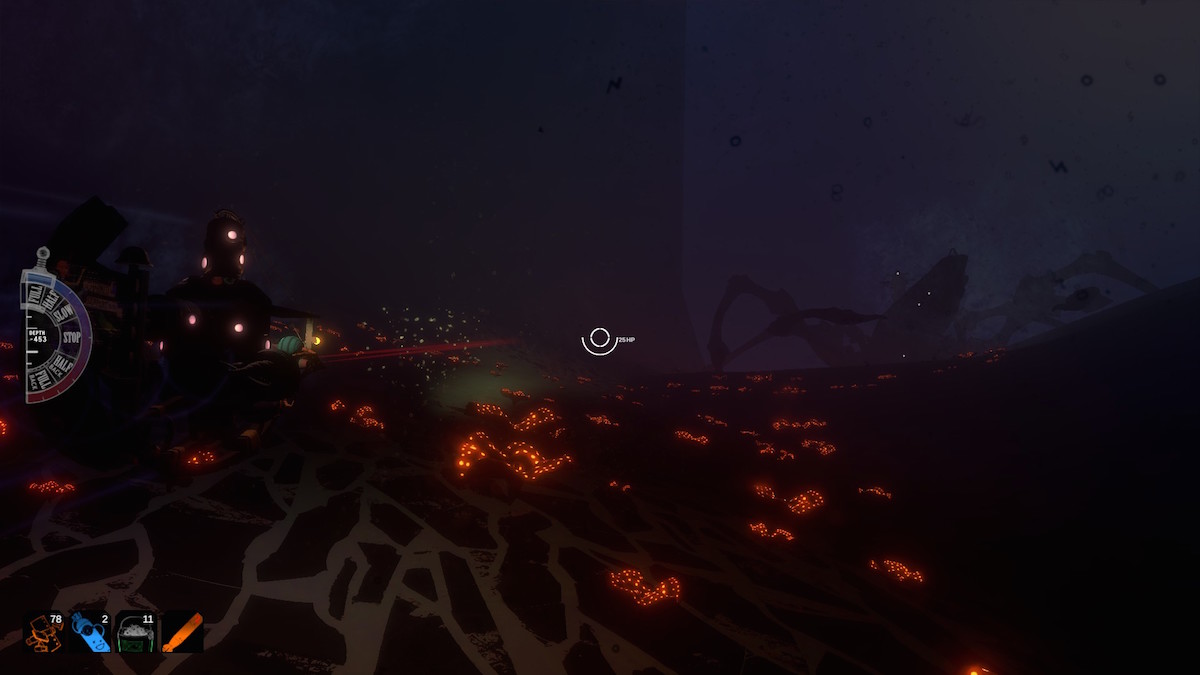 Even in its most dark ambient of leanings, the vastness of the underwater — while still somewhat hostile and tentative when describing say the game’s “Abyss” for example — is measured too with a kind of human warmth and lively curiosity that permeates the entire breadth of the game’s soundtrack. And the same technique applies in the opposite case; the game’s main combat theme, for example, starts the first minute or so relatively collected and calm with its measured hand-tapping percussion hits…before a grand and sudden exhaling of brass jolts the listener (perhaps in much the same way as the crew onboard this underwater vessel) to the immediate and orderly chaos that often signals the confrontation of war.

Even if the darkest corners of the ocean can instil some rather more vibrant optimism from time to time, Diluvion is still not without the stark reminder that the perils and pitfalls of navigating an environment near-deprived of light and once habitable geography, are near constant in their presence. A presence that is both natural and man-made. As warranted the need to discovery is — the soundtrack’s balance of triumphant orchestral high’s and the not-so-high string-arranged tension of uncovering something not exactly beneficial to one’s current position — Ward does a surprisingly effective job at covering most (if not all) major bases when it comes to the general concept of simply being “deep underwater”. Humble sub or not — one’s life now forcibly revolved around so much water yet still not getting in the way of the more simpler things in life, like a friendly interaction between guilds or fellow crew members in what are these novel-designed, minimally-structured devices whereby each person has their own dedicated chamber or area of work. 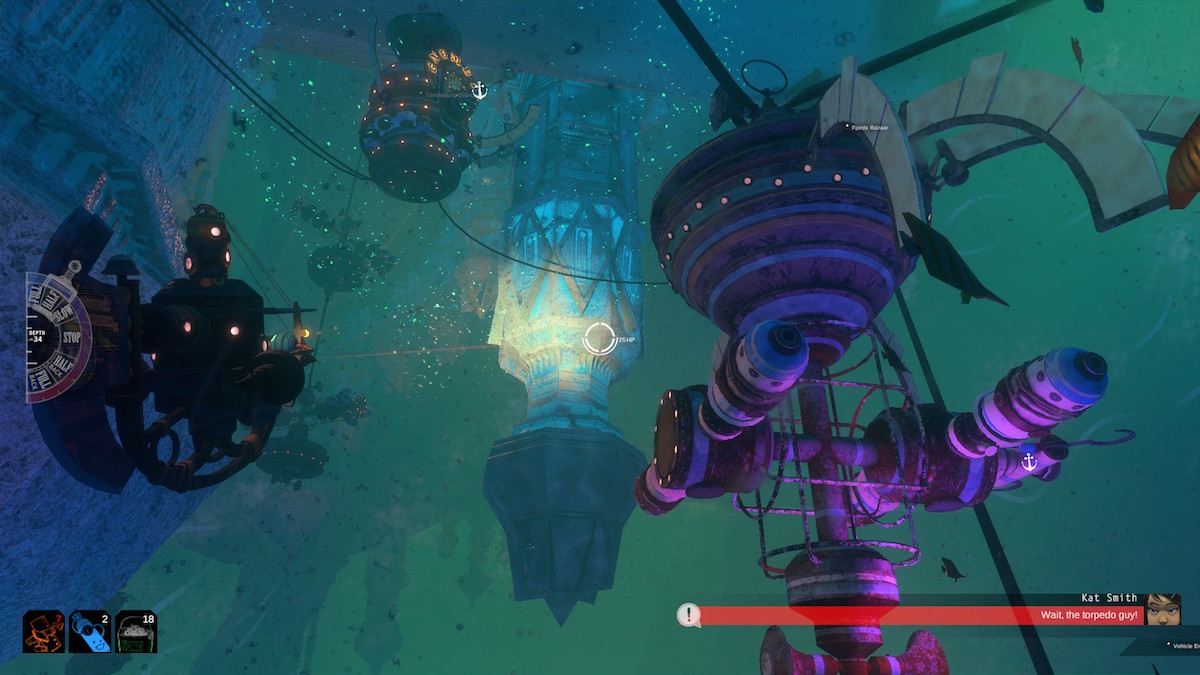 To that end, Diluvion‘s soundtrack epitomizes the more emphatic delivery of music for an RPG of this calibre but also those RPG’s much grander in scale. Which will perhaps be the most surprising revelation coming away from a soundtrack that feels right at home in either a JRPG or WRPG carved out by a much bigger/grander AAA studio. That’s no offense to Arachnid Games, rather it’s a compliment to Light Return’s use (and not an overuse, more importantly) of certain instruments and techniques in production — like the echoey, distorted piano lines or swelling string arrangements or indeed the borrowing of electronic music production in the more ambient pockets of reflection — often a standard of modern day role-playing.

And given the way both the game and the soundtrack accompanying it manage to offer light in the most darkest of periods (whether this be a literal pertaining to the post-post-apocalyptic underwater setting or not) means Diluvion is left remembered as a game more uplifting than it is disheartening with its chosen aesthetic. I’m still not going anywhere near open water in a game for the record, but with the music that graces a game of this size and tone, if it comes to it, at least a submerged populous (relying on miniature subs for daily livelihood) is not without a significant level of intrigue and indeed charm.