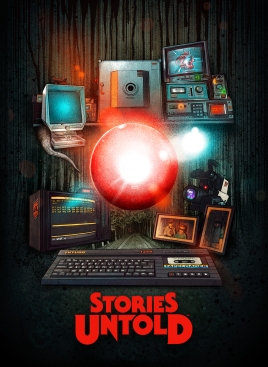 Well, time for another one of those moments where we have to review the type of game that makes for an extremely difficult review. Sometimes, a review can be tricky due to a game’s simplistic nature, or because it was short or maybe it was extremely difficult to play in some fashion, but Stories Untold falls into the same category as games like Undertale. You know, the ones that clearly have a huge emphasis on story and certain gameplay elements to the point where going in blind is the recommended approach. And on that note, Stories Untold is a damn good adventure game that provides a throwback to old-fashioned text adventures and ’80s fiction, if that’s all you need to know. But if you need to know more beyond that, well, let’s see what we can do…

Taking the form of a compilation of episodes from a cancelled fictional sci-fi anthology show, Stories Untold sees you in front of a monitor in various events, using it to navigate your way through four various tales of horror and science fiction. It starts with a haunted house tale that takes a rather unusual turn, and from there, you move onto some strange experiments before…well, anything beyond that would be a major spoiler. The whole experience is meant to evoke the feel of shows such as Stranger Things, down to the poster and logo having the same designer as the series. In fact, part of me kept hoping that the game would pull a P.T. and reveal itself ending with a teaser for a Stranger Things game being published by Devolver Digital, but that sadly never happened (then again, I also haven’t unlocked every achievement yet…).

But yeah, the strongest part of Stories Untold is definitely its writing. It truly does nail down the atmosphere of such fare as Amazing Stories or The Outer Limits, making sure to screw with your mind and throw in a few twists along the way. And without trying to give away too much, there is a unifying link between each story, but the result of all of it…well, without hyperbole, I can state that the end result has guaranteed that the game will go down as having one of the year’s best stories (or even multiple stories, to be more precise), with practically everything you encounter and do coming into play later. Even with its minimalist visuals, it still manages to create some extremely creepy and surreal moments where you wonder just exactly what’s going on, and it keeps you hooked at every turn. 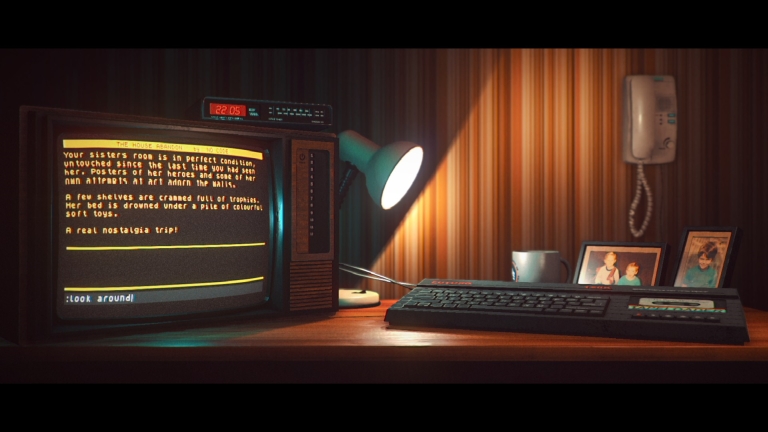 Gameplay-wise, things start off with your standard text adventure setup, with you sitting at an in-game desk working at a computer (and using your real-life keyboard to type in commands and instructions), but it eventually evolves to the point where you find yourself switching between different monitors in order to solve various puzzles, be it attempting to operate the correct machinery or decode a series of instructions given to you. Incidentally, the setup in the third episode with the latter moments is arguably the strongest, with the tasks given putting up quite a meaty challenge, and also highlighting just how varied the game can get. It’s just superbly constructed, although the rest of the game, while a bit linear, also has some particularly simple yet strong gameplay.

Unsurprisingly for a game revolving around old ’80s computers and text adventures, there isn’t much in the way of visuals, though there is a nice mix of different styles with each episode, with some good-looking environments. You also get to move the first-person camera around for extra immersion, though its range is limited and it doesn’t reveal much. The soundtrack and voice acting are quite impressive, though, with the synth-filled Stories Untold theme being an instant classic, and each line delivery pulled off quite well. It might seem odd at first to even have voice acting given the initial text adventure, but things become clear soon…

If there is one notable flaw with Stories Untold, it’s that it suffers some particularly heavy slowdown issues when played on the highest settings. Which is particularly odd, because one would assume that this isn’t a game requiring a lot of graphical power. Yet during more than a few times, things stagger to a crawl, which any voiceovers almost being in slow motion. There was also an odd glitch at one point that caused a particular line of dialogue to keep being repeated over and over, which got annoying. Also, while there is some absolutely top-notch writing on display here, it does feel a bit like the final text adventure drags things out, even when you know what to do. And considering that all three of these issues occurred at the same time, it did indeed lead to some frustration. 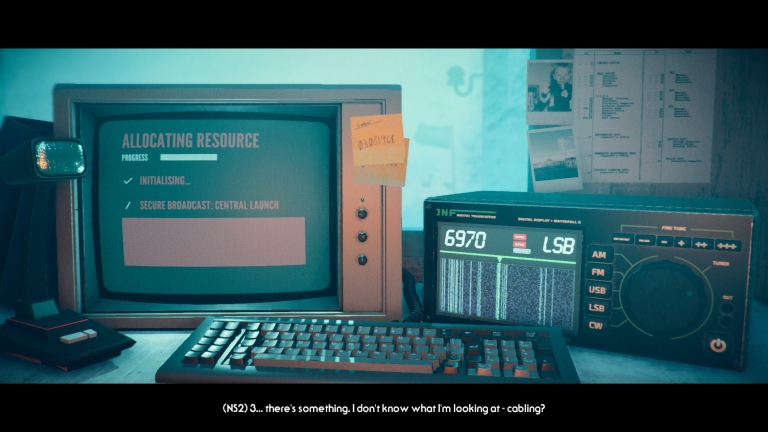 As much as we’d love to go into greater detail about what exactly makes Stories Untold such a successful adventure game, it really is the type of experience you need to check out first-hand. What starts out as a simple ode to classic ’80s games peels away its layers ever so slightly as you progress, until your jaw drops quite a bit upon the reveal as to what’s at the core of it all. It’s a quick ride, one that should be over in about three hours at most, but a ride that will leave quite the impression on you nonetheless thanks to its twists and turns all wrapped in the guise of a campy cult television series. It’s easily a notable sleeper hit for both horror and sci-fi fans, and so it’s definitely recommended that you check it out ASAP. You know, before any spoilers start to leak out. Seriously, sorry we couldn’t say more, but man, that finale…