Many people will buy Injustice 2 so that they can play as their favorite DC characters and beat the living crap out of their opponents. Others, however, will get the game for its campaign. NetherRealm Studios has intentionally gone out of their way to craft story campaigns for their fighting games. They aren’t without their flaws, but the studio has progressively gotten better with each title. Injustice 2 is their fifth stab at it (after Mortal Kombat vs. DC, Mortal Kombat, Injustice: Gods Among Us, and Mortal Kombat X), which means they should be good at it now.

Hardcore Gamer went hands-on with the first chapter of Injustice 2 at GDC 2017. Structurally, the story appears to play similarly to previous NetherRealm titles. Narratively, however, the studio has stepped up their game. Consider this a SPOILER WARNING. All content past the image below will discuss the events that unfold in Chapter 1 of Injustice 2. 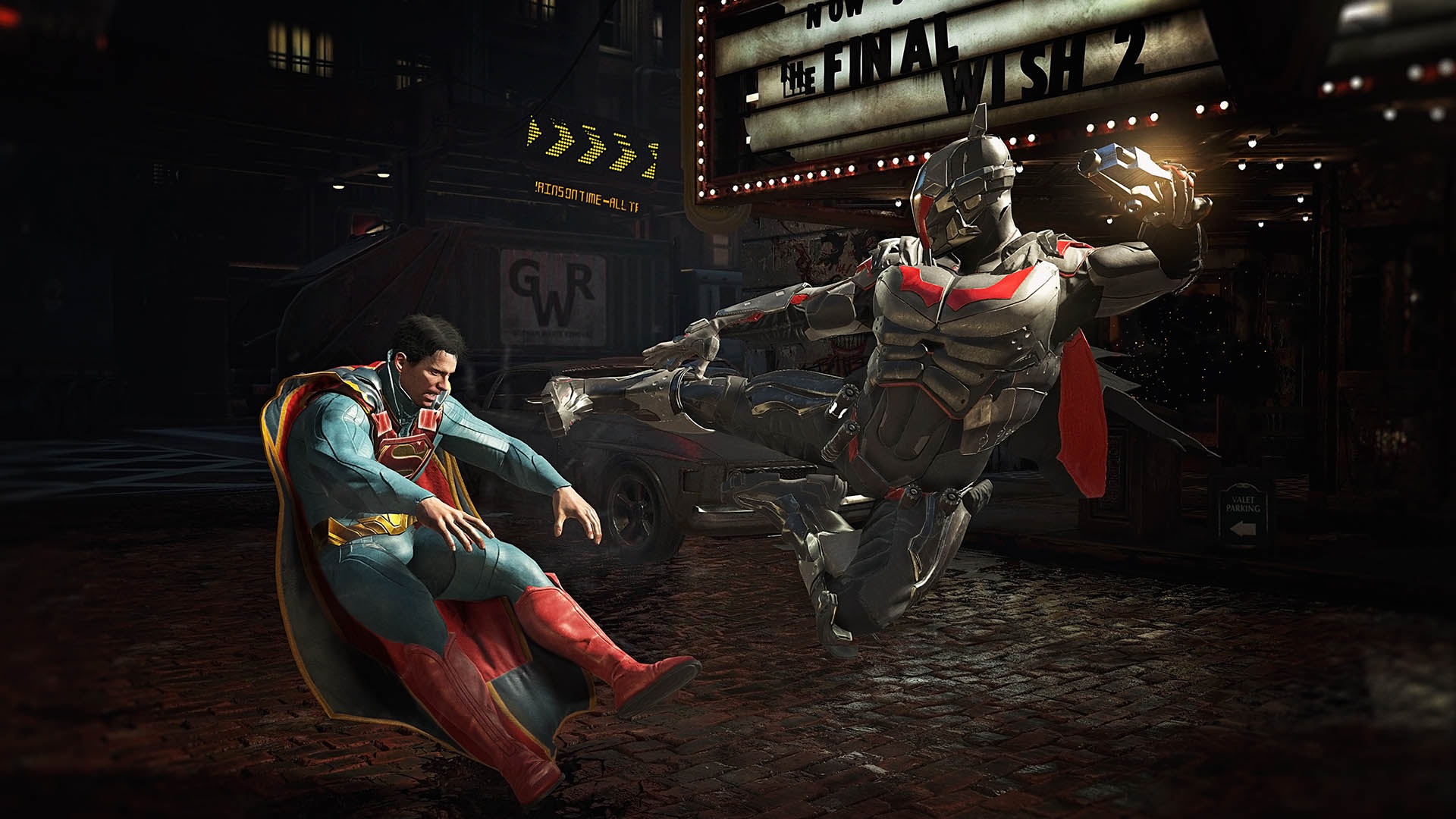 Still here? Let’s move on. Chapter 1 puts players in the shoes of Batman/Bruce Wayne. The game starts with Bruce testifying to a committee about Superman’s rampage. To describe the sharp change in the Man of Steel’s behavior, Bruce reminisces about an event that took place shortly after the Joker’s death.

The campaign flashbacks to Batman and Robin (Damian Wayne) flying to Arkham. Damian complains about how Superman is right, but Batman retorts that murder is wrong. The Batplane is then shot down by Cyborg, forcing Batman and Damian to jump ship. After a brief battle with him, Batman arrives at Arkham Asylum where he fights Wonder Woman and uses her lasso to force her to tell him where Superman is.

These two segments highlight that some of the more unflattering elements of previous NetherRealm campaigns are returning. The fight against Cyborg feels superfluous to Batman’s chapter and is merely there so Batman can have four enemies to fight. Wonder Woman’s fight finds some ridiculous reason to get rid of Robin instead of it being a 2v1 fight against her. It’s just too convenient and it’s a shame that NetherRealm hasn’t worked to solve these types of narrative issues in the fifth game they’ve had campaigns. 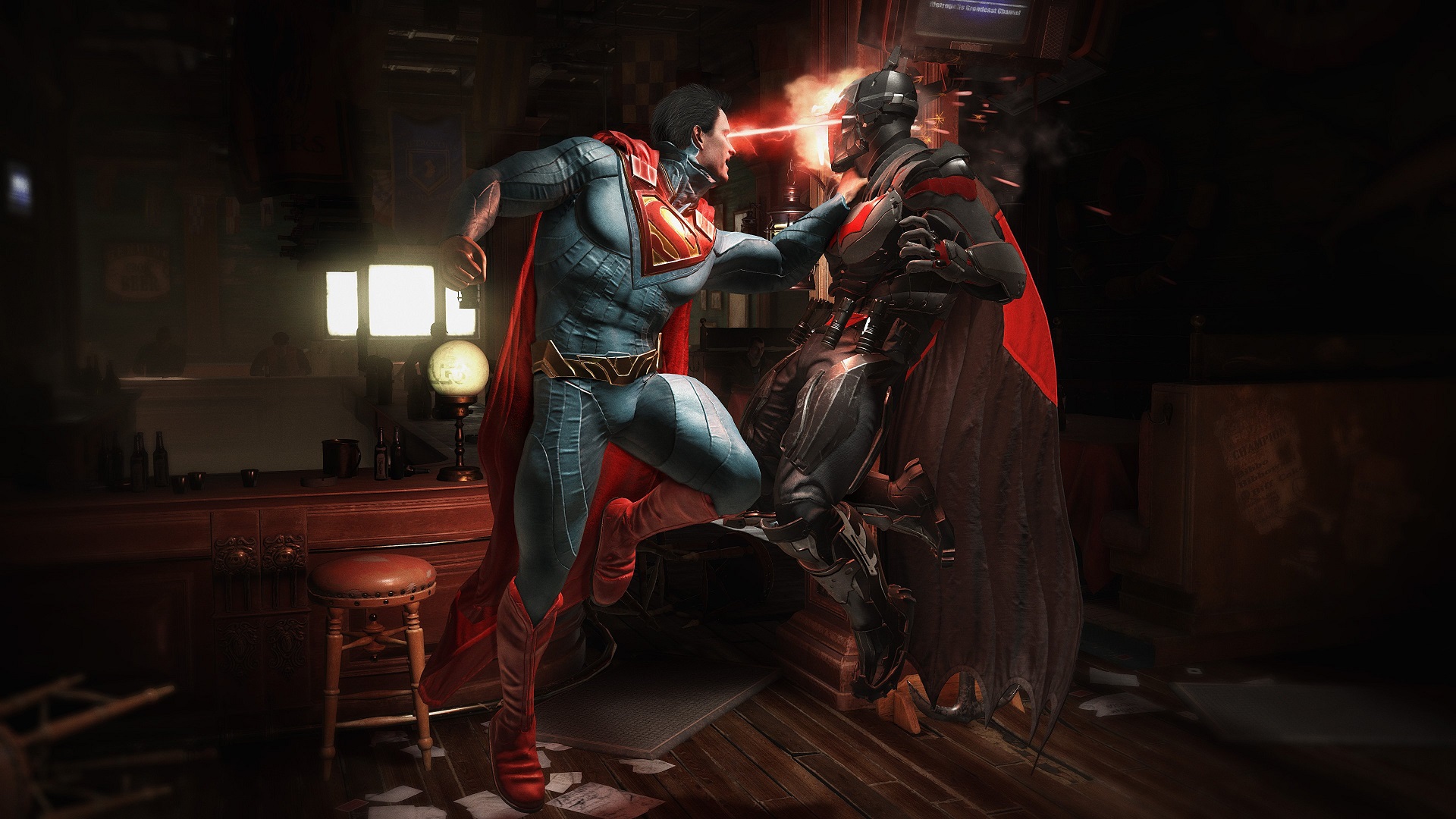 Things get way better once inside the Asylum. All of the inmates are being rounded up, but they’re not being told why. One freaks out and grabs a doctor demanding answers. Superman bursts into the room, ordering the inmate to let the doctor go. At this point, Batman enters, and Superman asks what happened to their friendship. Batman says he’s doing this because they’re friends. It’s a surprisingly intense scene with some strong writing, staging and performances from Kevin Conroy and George Newbern. However, nothing compares to what came after.

Robin, declaring Superman right, slits Victor Zsasz’s throat and attacks his father. After the battle, Superman carries Damian away, leaving Batman alone. Injustice: Gods Among Us was already pretty dark, but it looks like Injustice 2 is set to take things a step further. The writing is vastly improved, focusing on defining relationships between characters rather than just setting up fights for the heck of it. By the end of Chapter 1, it was easy to understand why Damian felt so frustrated with his father, that Superman and Batman still genuinely consider each other friends, and how broken Batman is about losing his friend and son. While it’s too early to tell how good the rest of the story is, NetherRealm has a good start in Chapter 1. 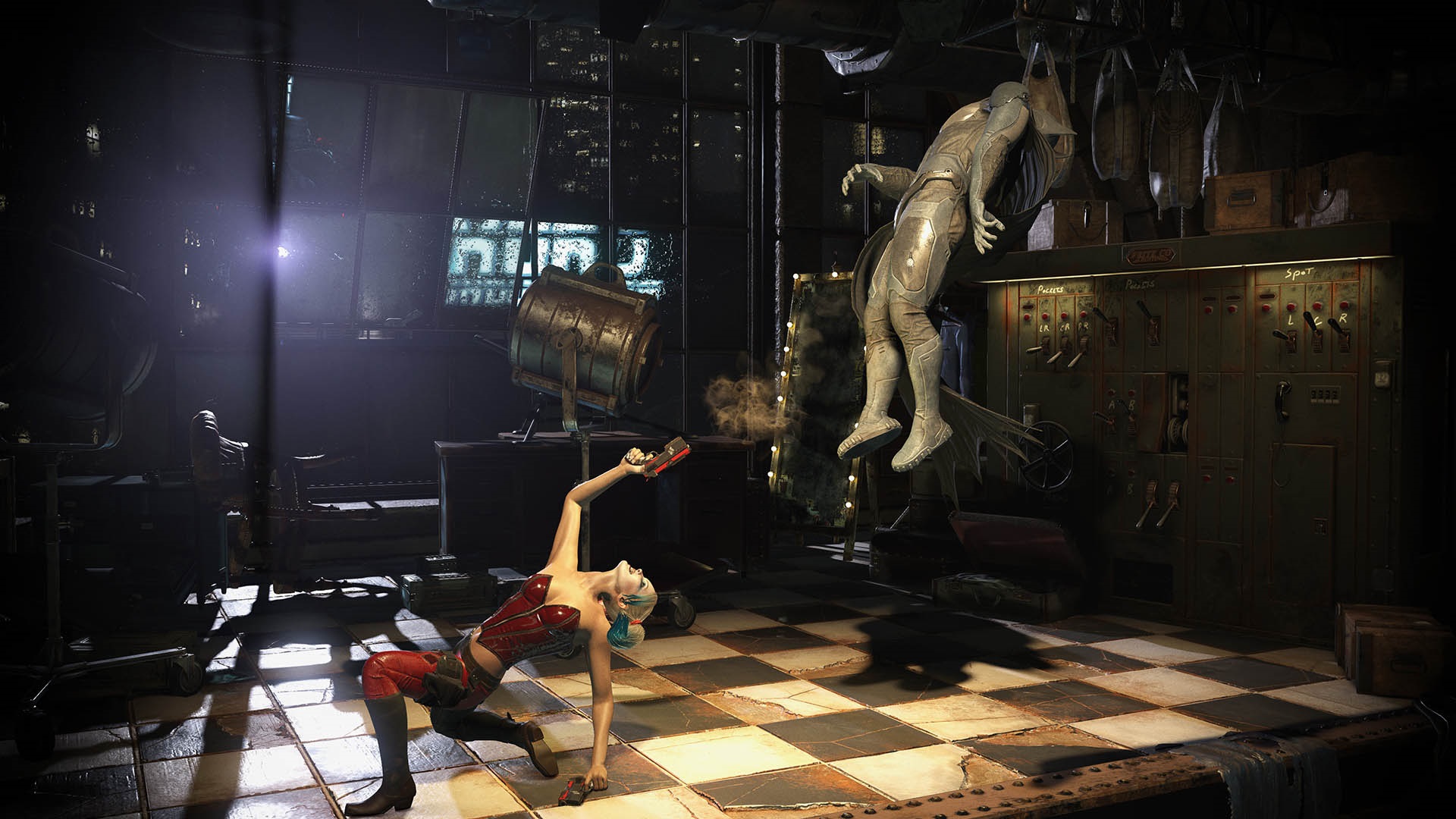 It wasn’t just the first chapter of the campaign NetherRealm showed off at GDC. They also took some time to show off the Gear system. Gear is all RNG and is regularly dropped just by completing matches. Every piece of Gear belongs to a set, and completing a set provides characters with not only a cool appearance but also various stat bonuses. NetherRealm showed off Batman’s Kryptonite Suit, which gives him numerous health, attack, and defense boosts. If this sounds like a pay-to-win model, you’re not alone in thinking that. When pressed about this issue, NetherRealm pointed out that when playing in ranked matches, Gear will be cosmetic-only. That’s fine, but those playing unranked matches, especially new players, may find Gear unfair.

We also got our first look at Mother Boxes, which are Injustice 2’s version of Loot Boxes. They are 100% RNG, and from what we saw, only drop one piece of Gear. NetherRealm claims that you can’t buy Mother Boxes or Credits (the in-game currency) with real world money. When pressed about whether or not there’d be a premium currency, however, the studio said they weren’t ready to talk about it. It’s pretty clear that Gear and Mother Boxes are going to be Injustice 2’s form of microtransactions. We just have to wait and see how NetherRealm and Warner Bros. handle them. 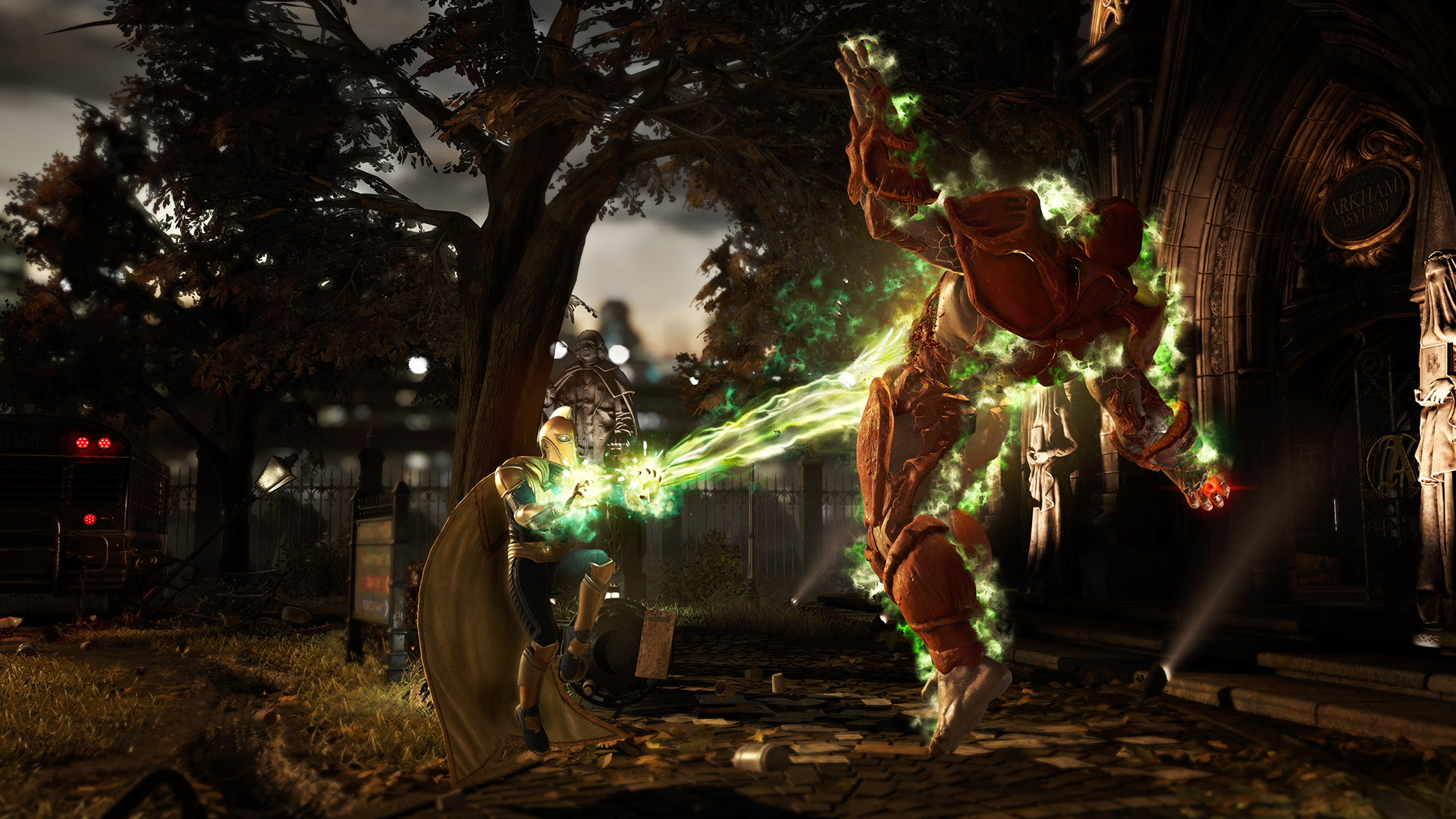 Despite a few hiccups in the story mode and the questionable Gear system, Injustice 2 is still a blast to play. When the story is good, it’s really good. The game is still incredibly fun to play thanks to an in-depth combo system, unique characters and a lot of personality. Returning characters like Batman and Harley Quinn will make players feel right at home, and new characters like Dr. Fate and Swamp Thing provide something new for players to master. It’s all highly entertaining and we can’t wait to get our hands on the full game.

Injustice 2 is out May 16 on PS4 and Xbox One. Be sure to read our recent interview with NetherRealm Studios here.